Over the past few weeks I’ve been collecting grass seeds specifically with the intent of recreating the success of my previous seed post. We’ve had a fairly wet Spring and Summer, and that means lots of grasses doing very well.

I planned on using one of the penguin bottles I have . . .

. . . but upon reflection, I decided for something with a duller finish.

I think it goes better with the seeds. Just handling this particular stalk caused a number of the seeds to separate and drop . . . in my office, in the great room, on the stairs to the basement, and on the treadmill (my staging area). Let me tell you, these seeds are a bitc . . . er . . . difficult to pick up.

The spindly strands seem to push away from you as you try to pick them up. You can’t group them, can’t carry them, can’t do nothing but swear at them.

Most of the seeds around the base came from this particular stem. When I picked it all of those strands were lined up along the seeds, giving it the look of a horse tail. Within a day of being picked, they flared out. It makes the seeds easily dislodged by either brushing them or blowing on them. 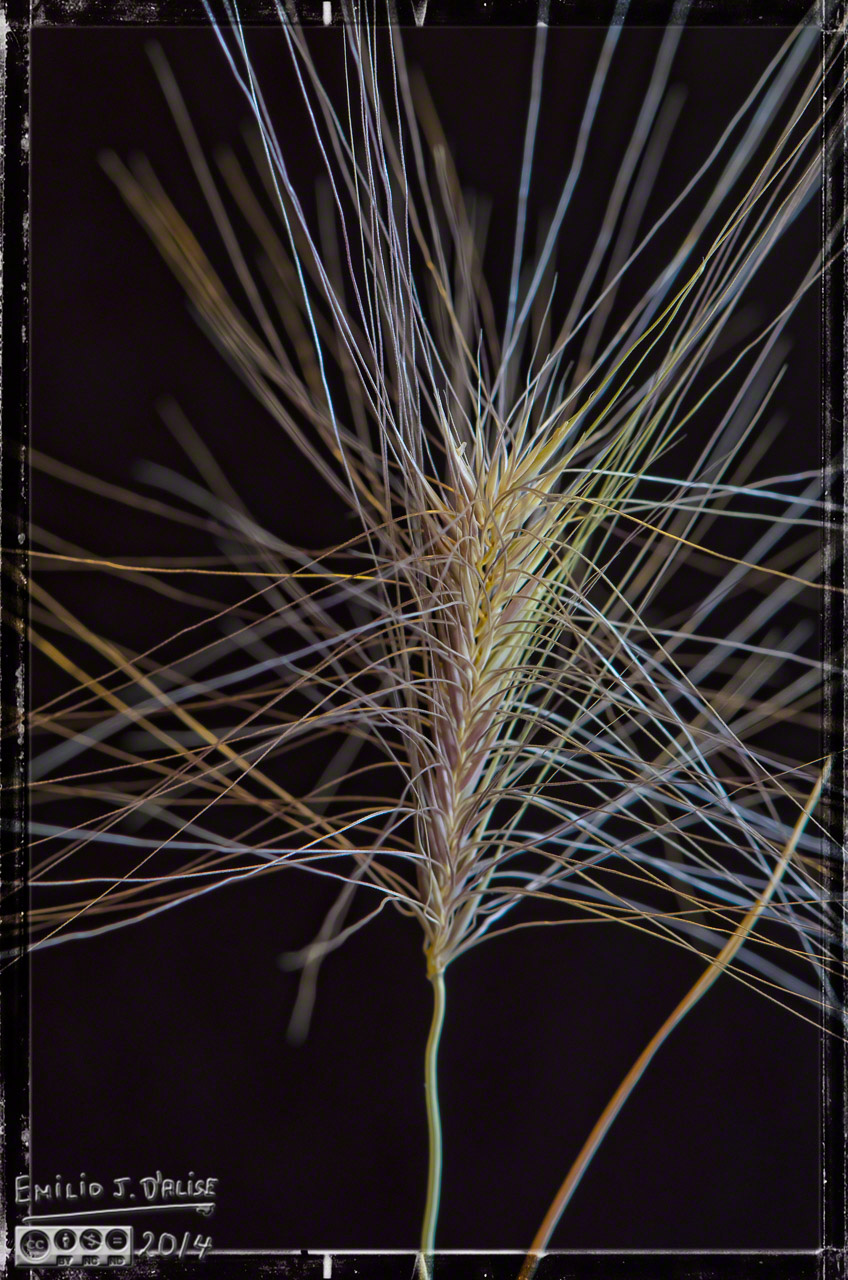 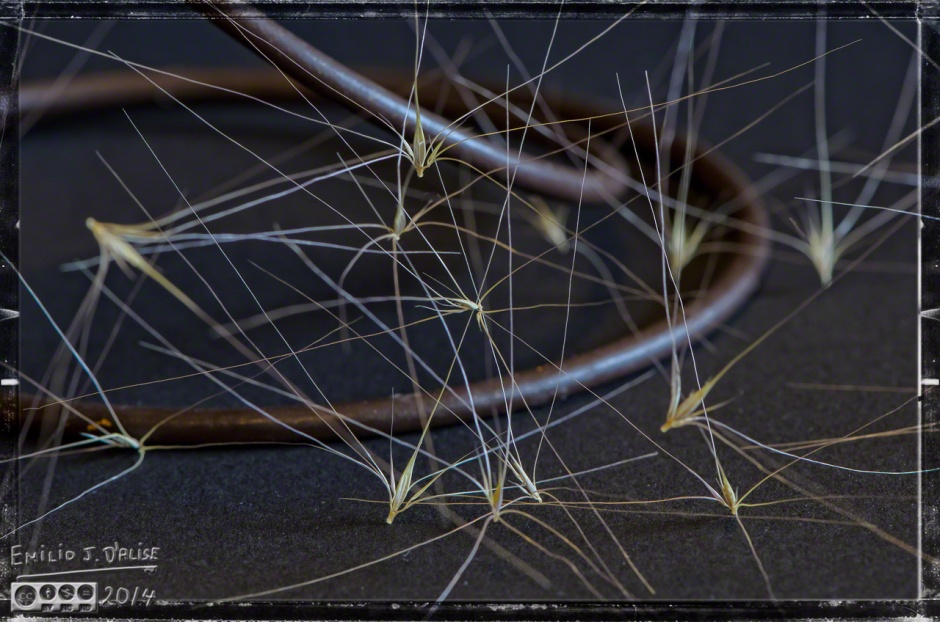 Here are the pair of seed stems . . . both of these have lost seeds.

Here are a pair with all their seeds (as far as I can tell). 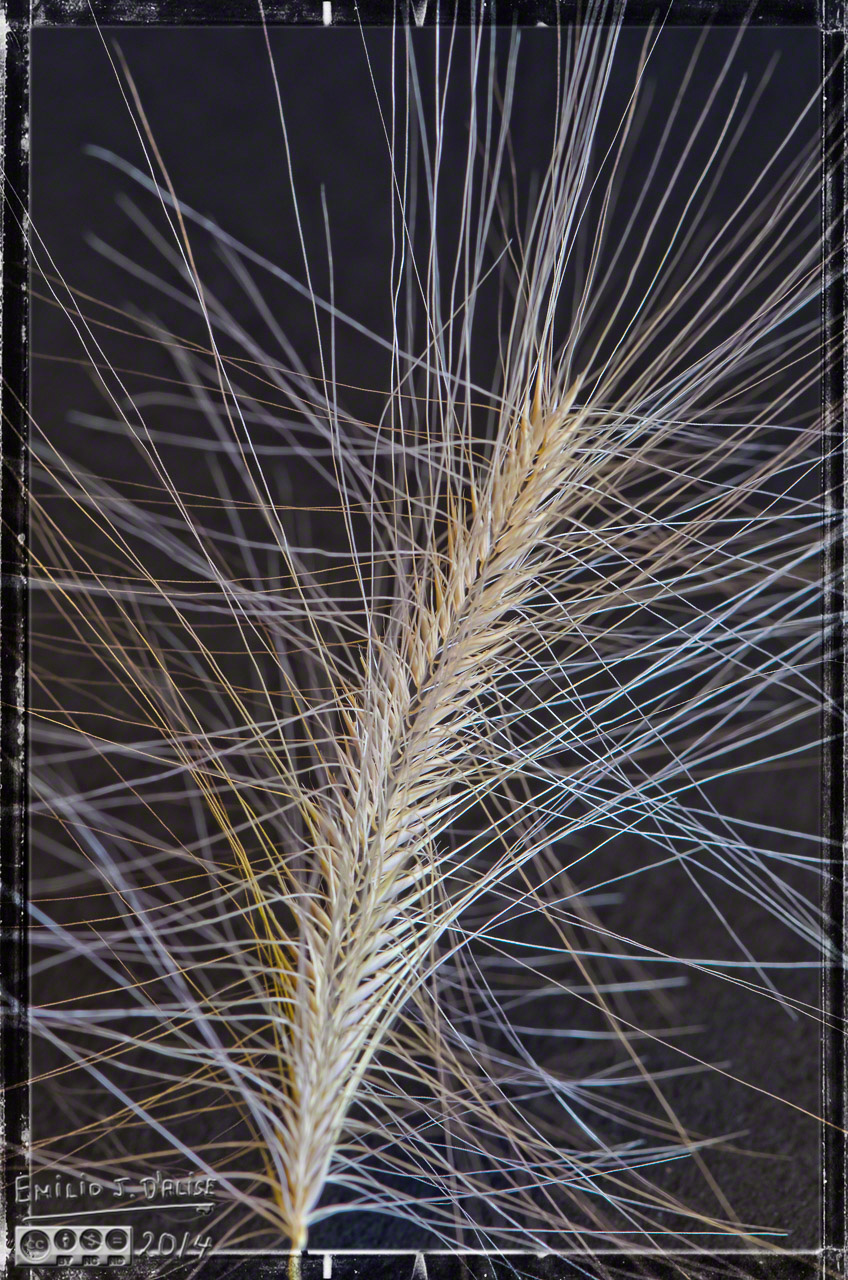 These next seeds are from a relatively low-growing grass. The stalks are fairly rigids, and the seed part waves a bit like a flag on the stalk. 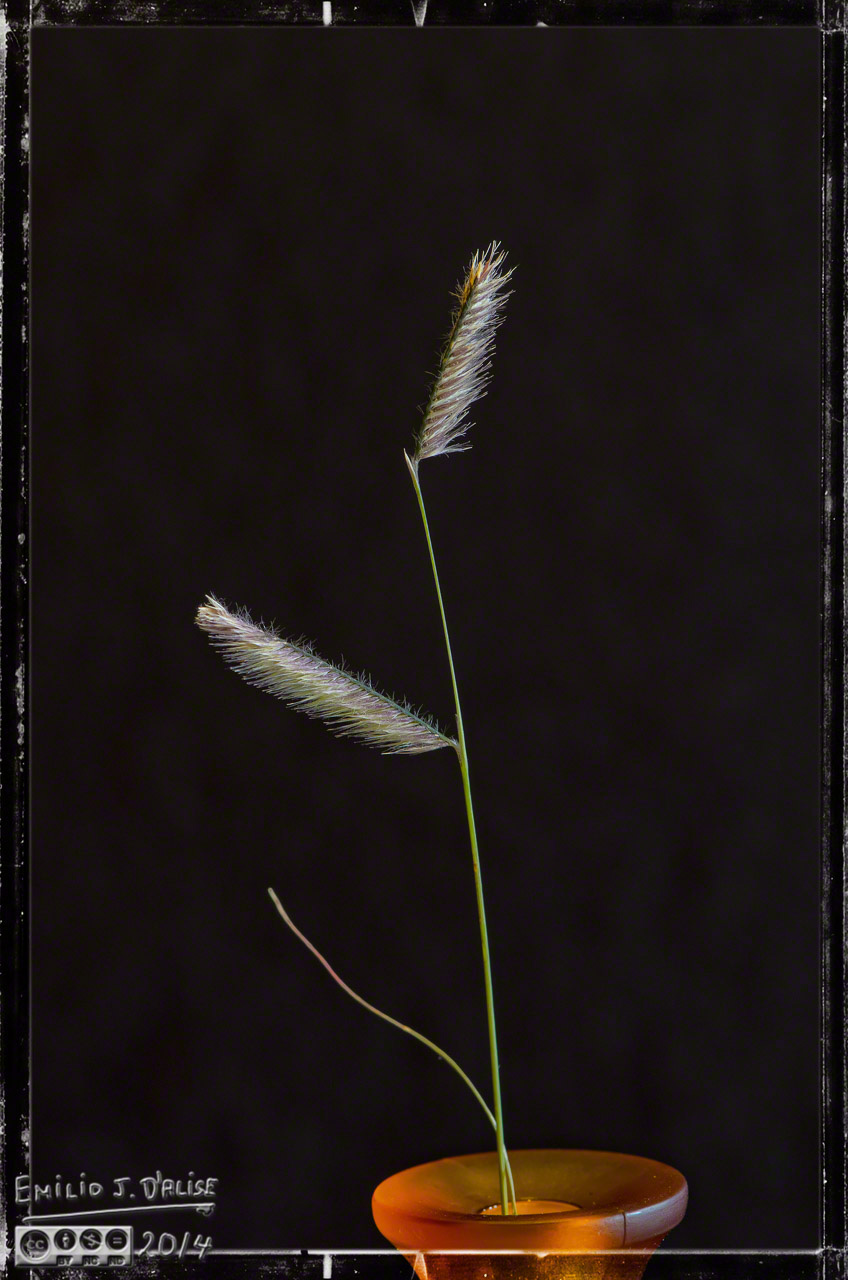 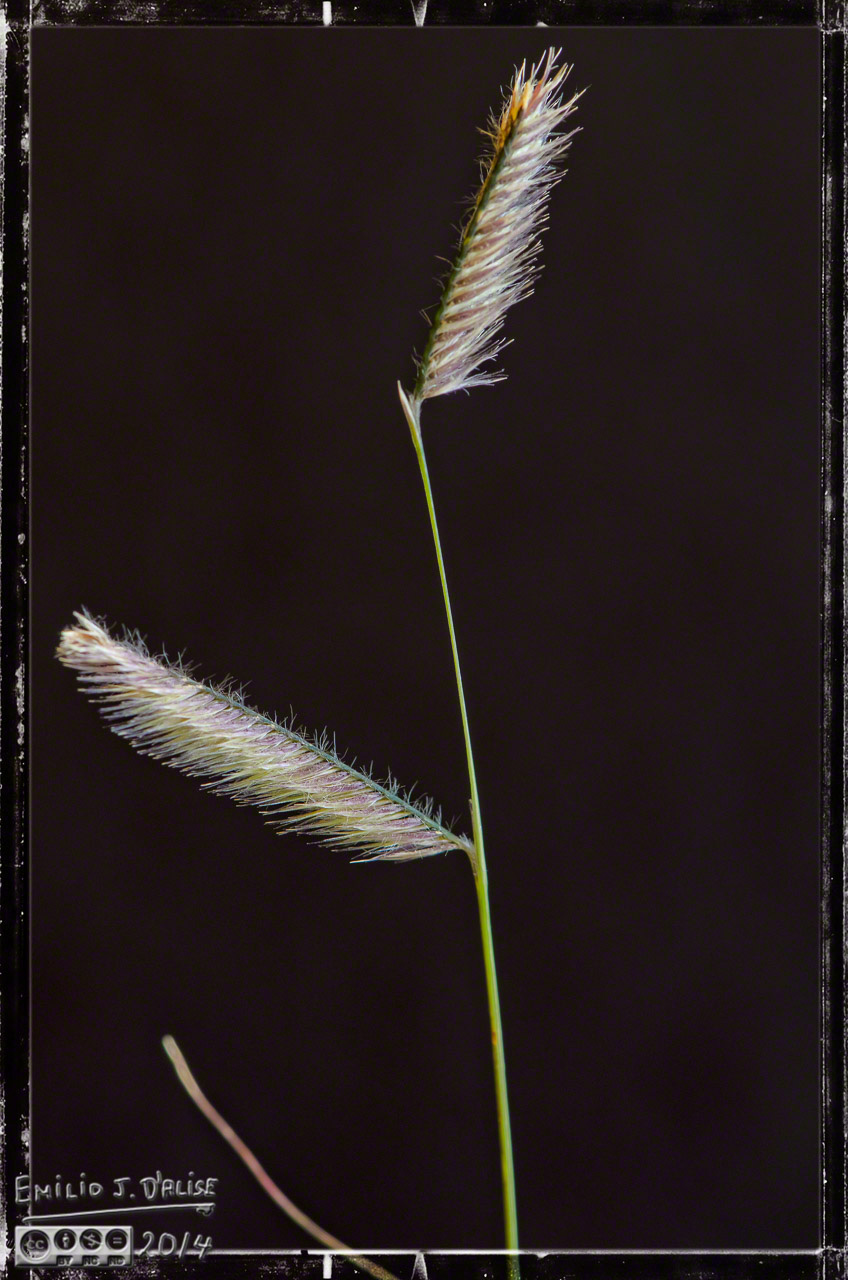 These are both angled upward, but when still attached to the rest of the plant, the seed pods hang slightly down, and even the slightest breeze will set them swaying. A bunch of these plants together in a group look kind of neat.

These next seeds are from a much taller grass, and the seeds themselves are substantial. 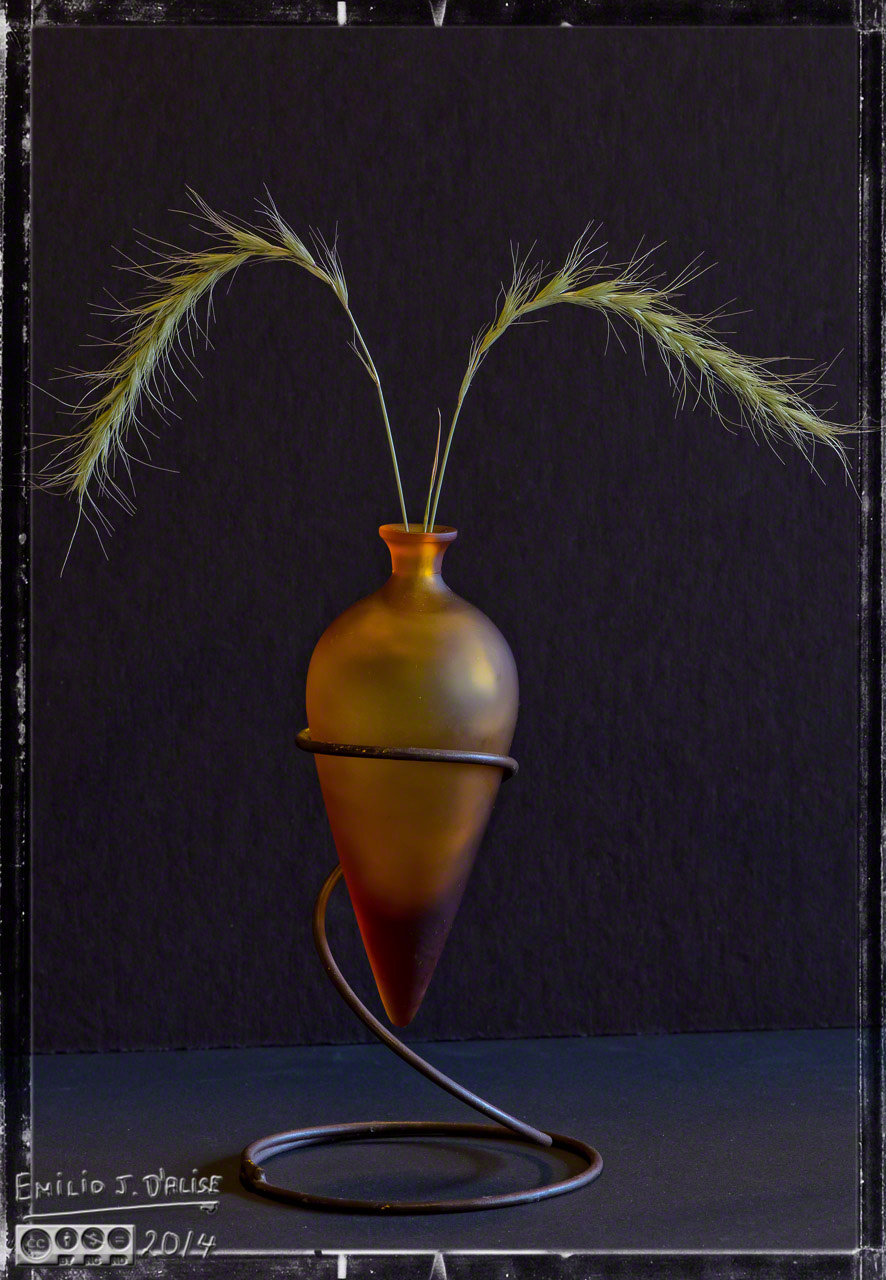 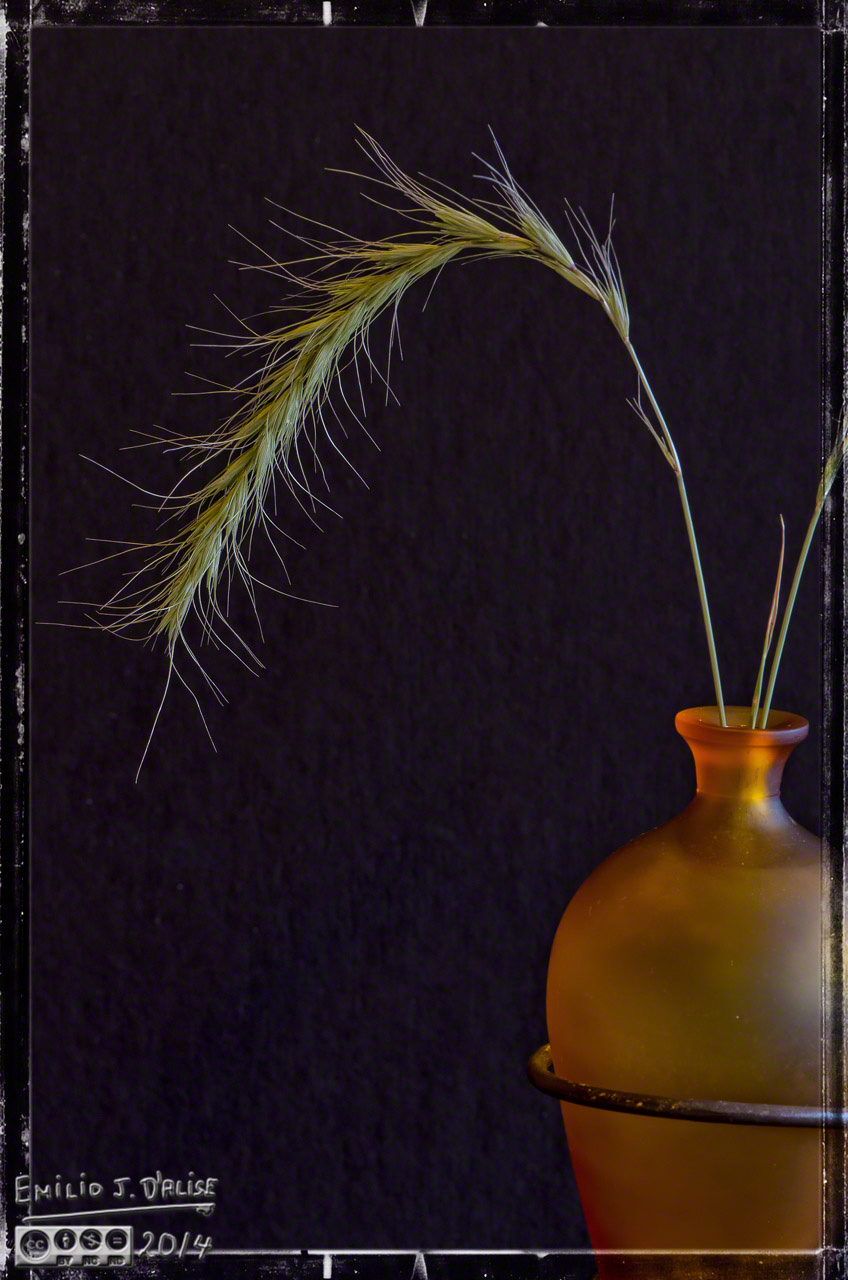 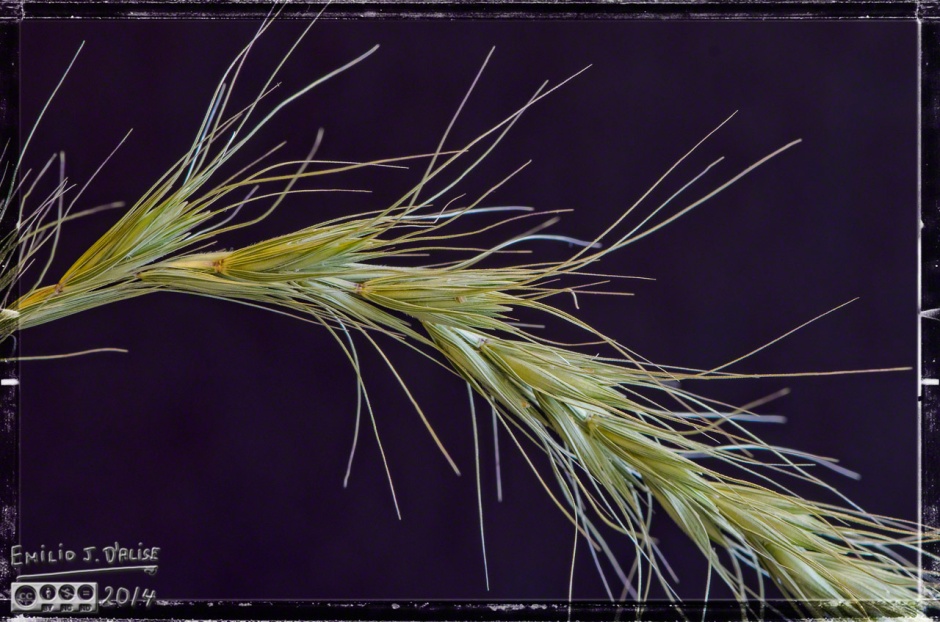 By the way, these photos are also in THIS SmugMug gallery. 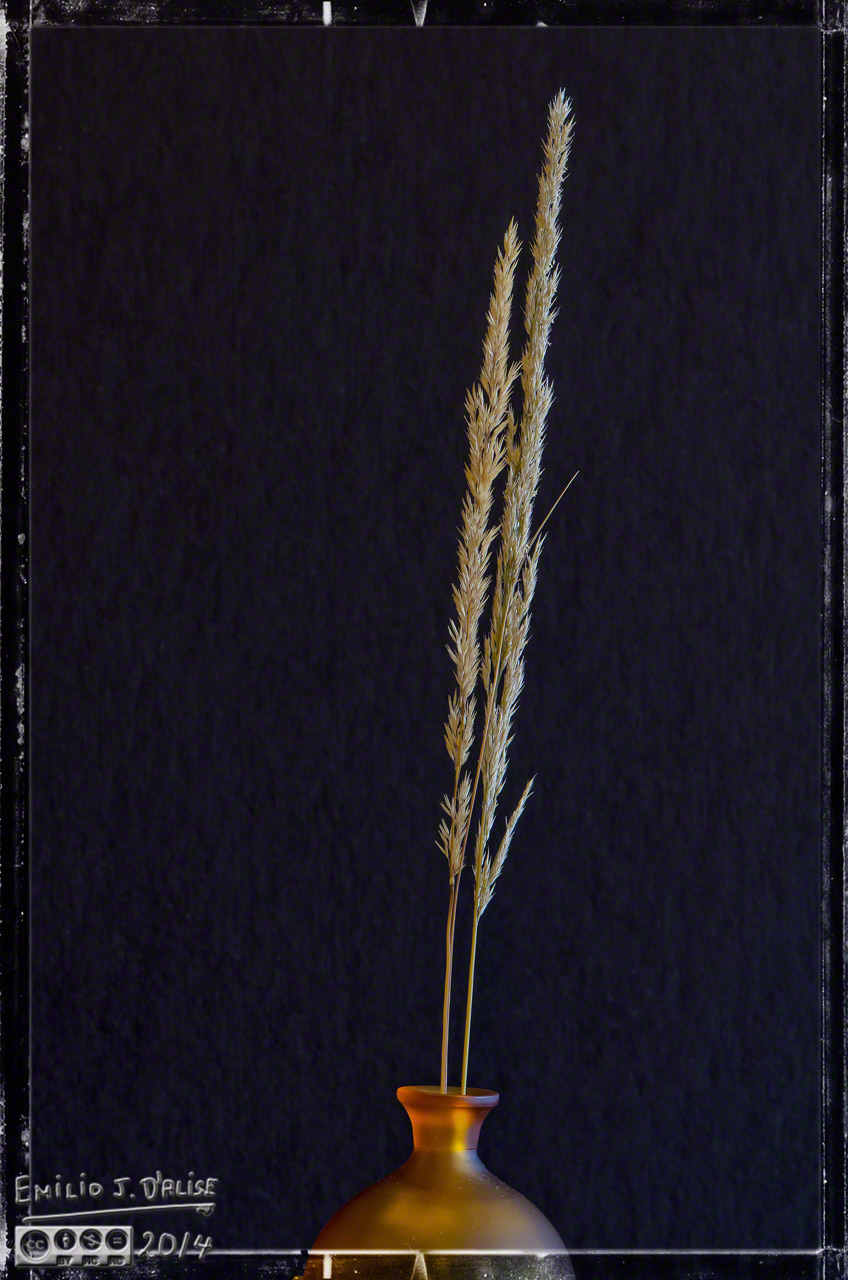 Even though I grouped these two together, I don’t think they are the same plant or seeds. 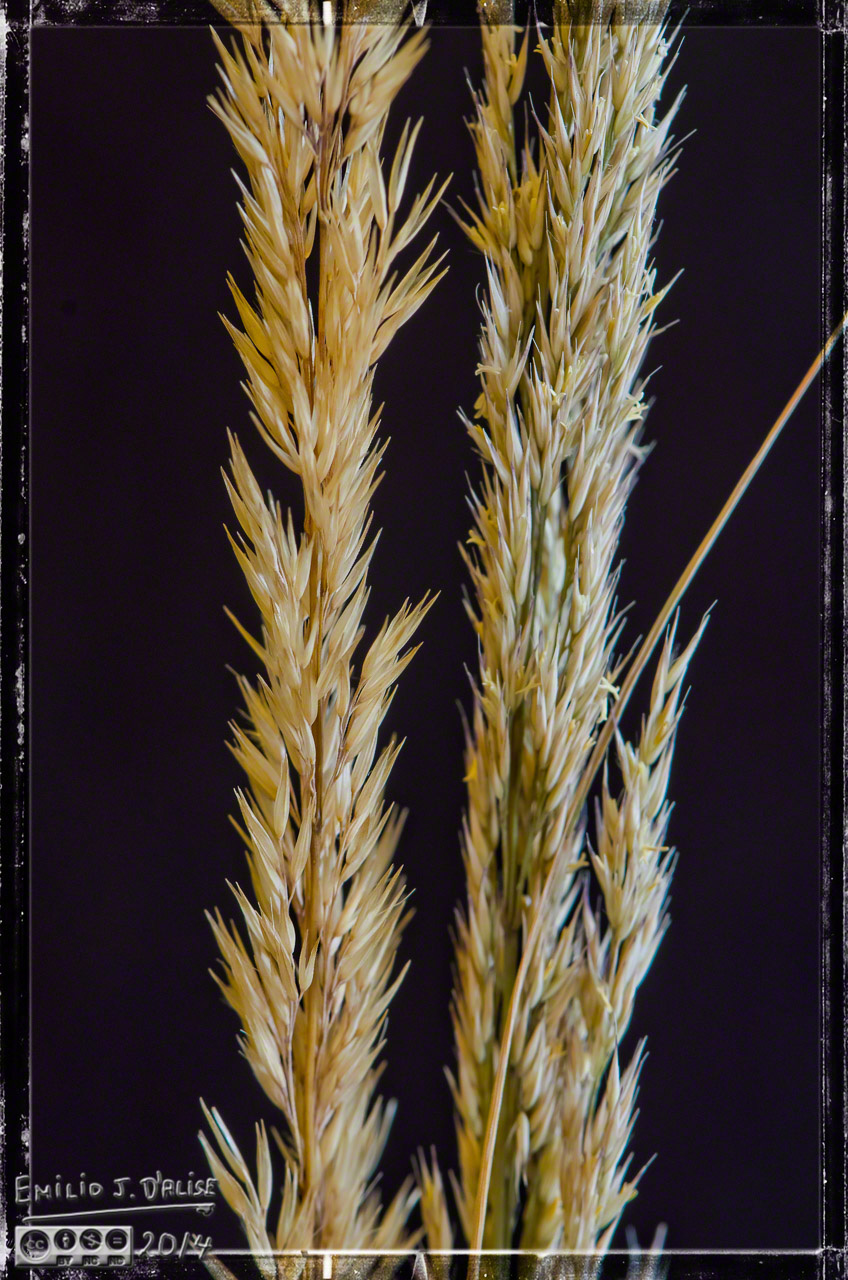 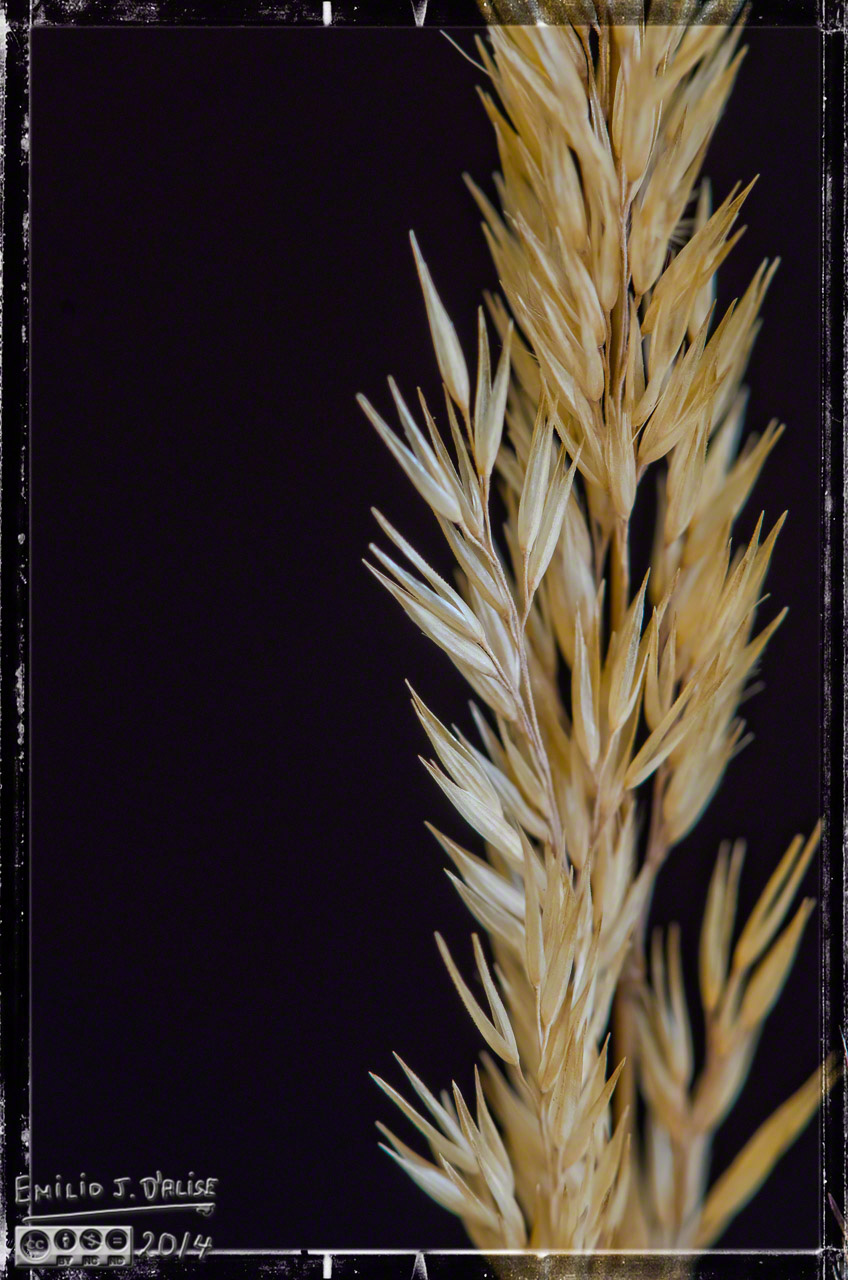 Another seed stalk that looks a bit like the others but is not the same. 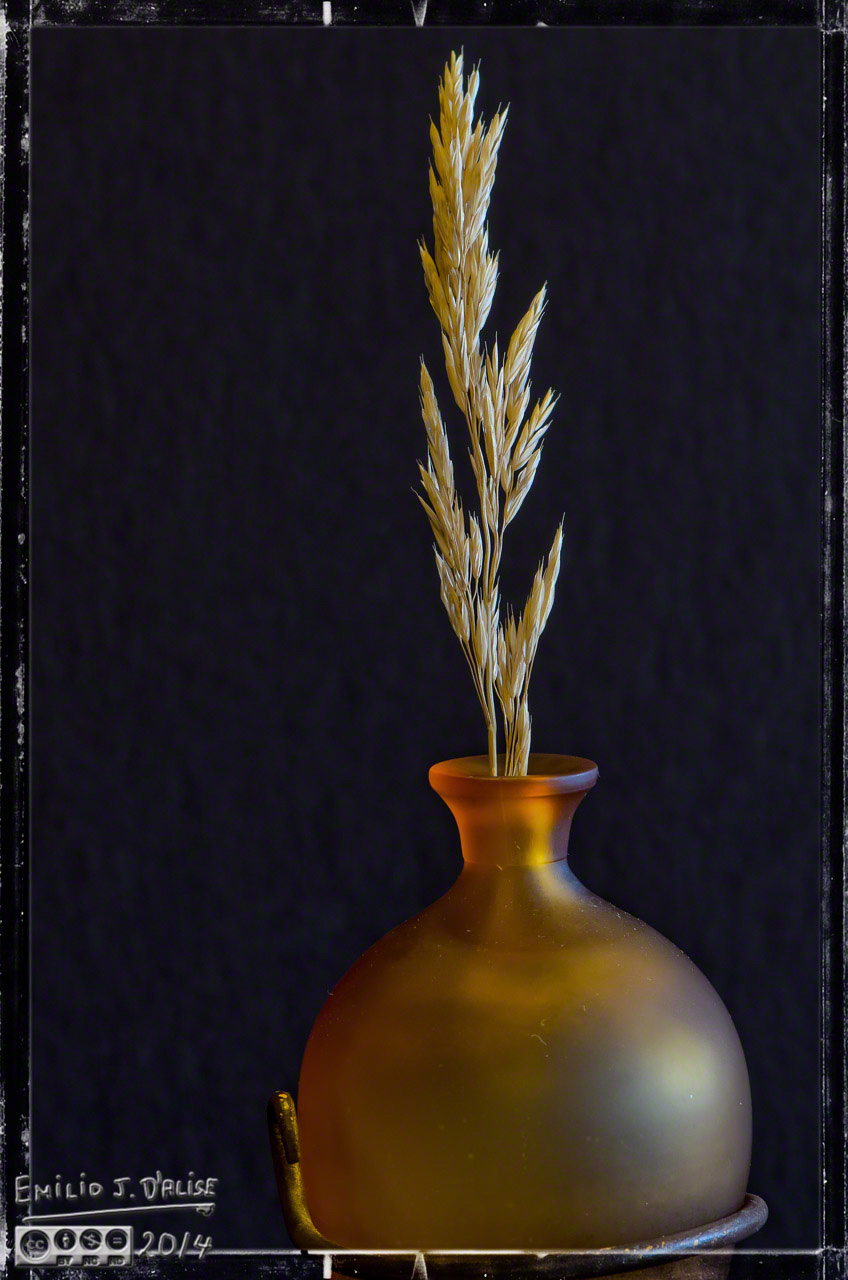 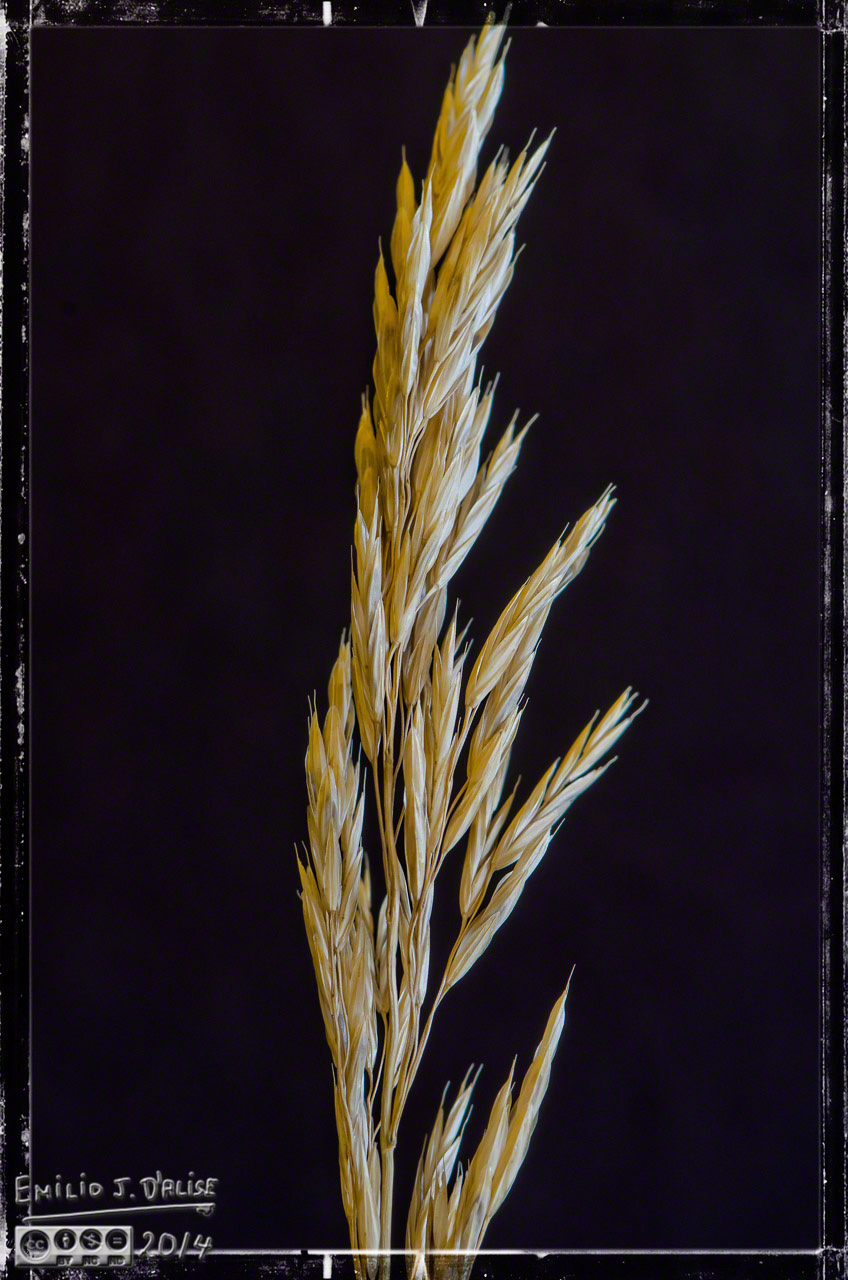 Here’s another cypress-like stalk, but not quite the other two.

These next two stalks are actually quite heavy. I mean, I’ve been working out, so they were no match for my brawn, but they felt substantial when holding them up.

And wouldn’t you know it? . . . it rained. Yes, right there in our entertainment room. 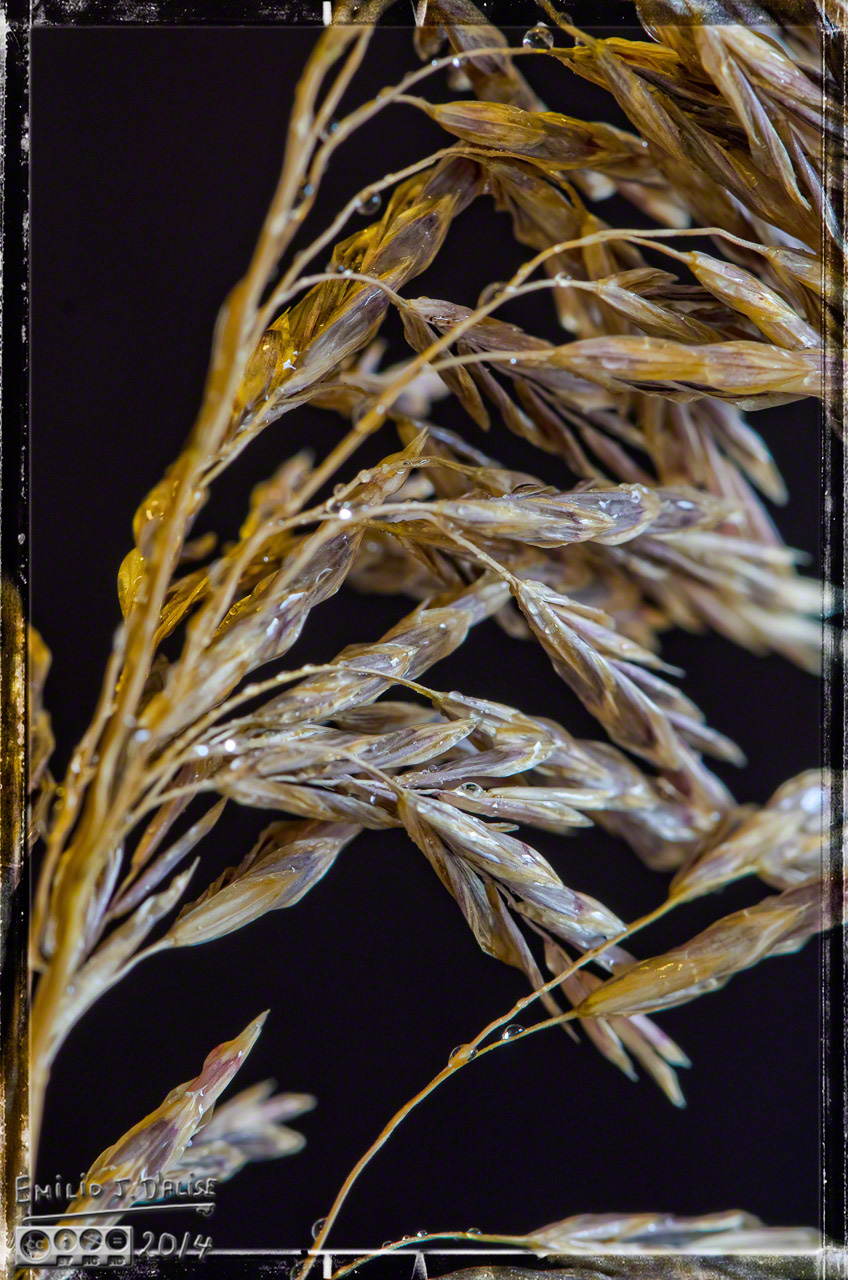 Now, this next one is from one of my ornamental grasses . . .

Very thin, wispy, and prone to move from what appeared my breathing about 2 feet away, or even the air currents generated from me moving my hands.

I was hoping for better photos, but I was fast losing the light, and Melisa called me; my mushroom risotto was ready.

Sorry folks, but these are the best I could do. I mean, I like you guys, but mushroom risotto! I can’t pass that up! I’m rushing these last ones; I got to go. 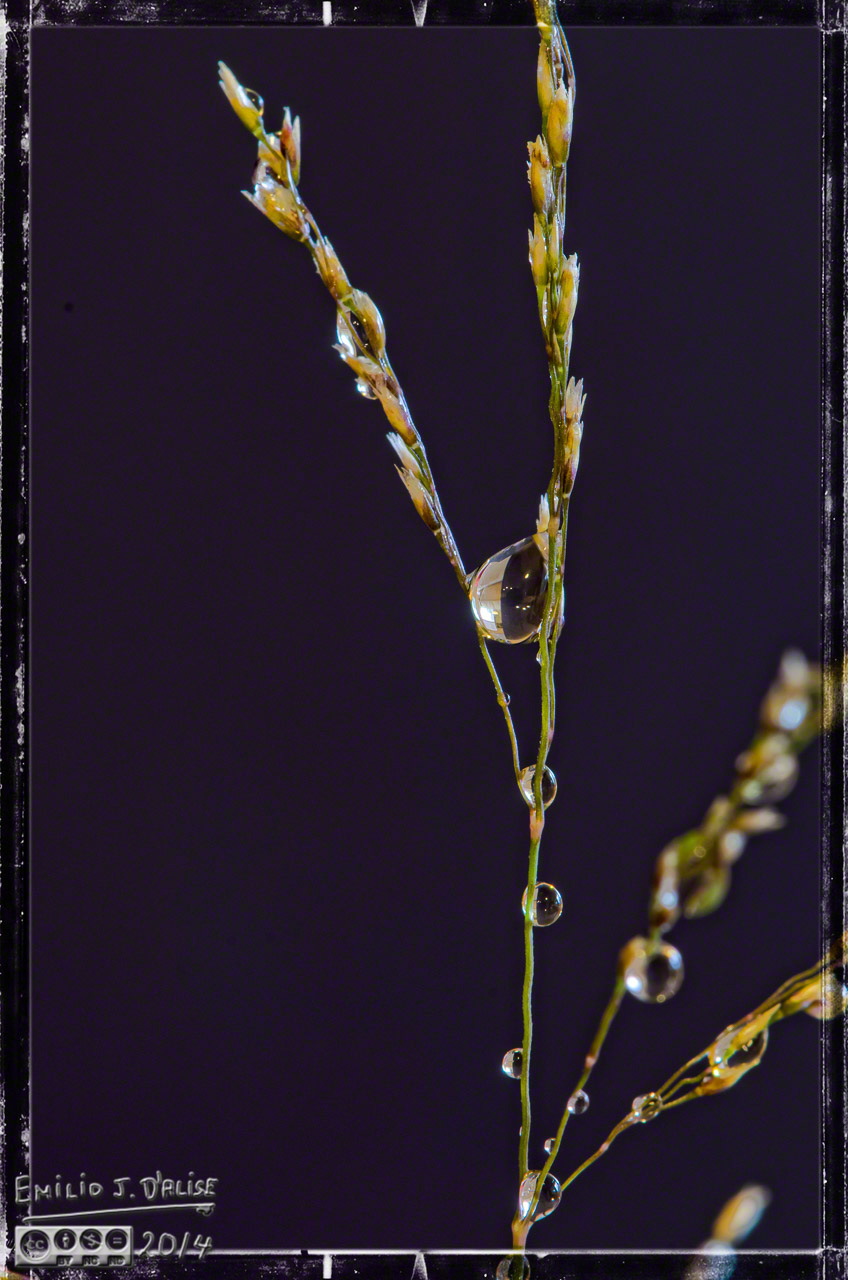 As I said, the SmugMug gallery is HERE (there are a few more photos in the gallery).