The very first purchase I made of Firefly-related stuff was one of the limited edition run (750) of Serenity‘s blueprints. 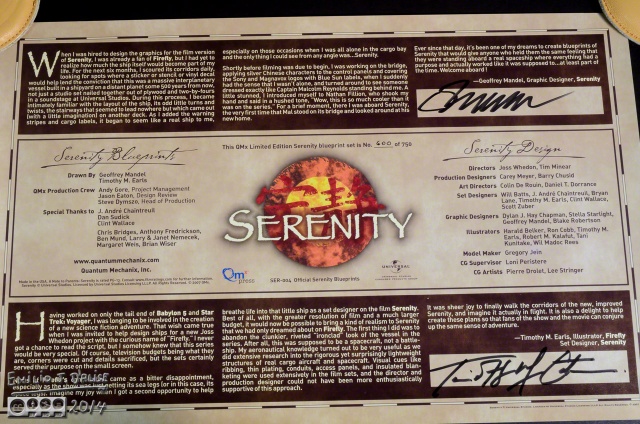 You can click on the image to read the text of the two people who worked to create a better defined and proportionally correct Serenity. They took elements from the series and movie and both expanded and refined them.

. . . I think I would have been pleased with 666, but that’s a different discussion.

QMx is the company licensed to produce things from the Firefly ‘verse, and they do a damn fine job of it. The only complaint I have is that I missed some of the limited editions, but I’ll cover that later.

They used to have an entry for the blueprints, but as far as I can tell it’s no longer listed on their storefront, even though other sold-out items are still there.

However, the PDF describing the set (including small photos) can be found in the Wikipedia entry for Serenity (HERE). Here’s a part of of the description:
“The Ofﬁcial Serenity Blueprints set contains 10 18” x 24”, full-color, 100 pound satin-ﬁnish sheets documenting the design, systems and layout of our favorite Fireﬂy-class transport, Serenity.“

I can attest to the blueprints being something neat to look at . . . and photograph. 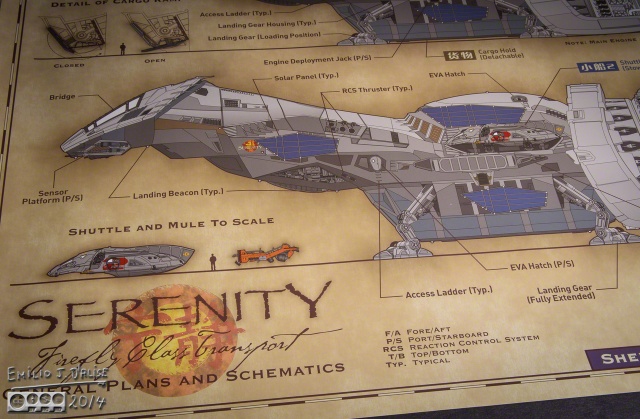 Now, lest some people question my ability to photograph stuff, I am, in fact, fully capable of creating high-quality, 1:1 reproduction of each sheets. However, posting those would allow them with no scruples to steal them.

I was hesitant of even taking these photos, and before I embarked on these series of posts, I e-mailed QMx to ask them if they would have a problem with me showing photos of the products I purchased from them. They said “go for it!”

I’m not sure if they realized the kind of work I am capable of, so I’m taking it upon myself to limit what I show and reproduce. These photos are a small part of what’s available in the prints.

The ship is an important part of the series, as it connects the characters both in the physical sense (giving them individual and communal areas where they can interact), and on an emotional level (it is both the figurative and literal vessel carrying them on their adventures). It was a big set, and people literally walked from one place to another with the camera following them.

The blueprints give you a sense of the spatial relationship of things. Because you have both plan and side views, you can watch the show and have an easier time visualizing the space they inhabit. 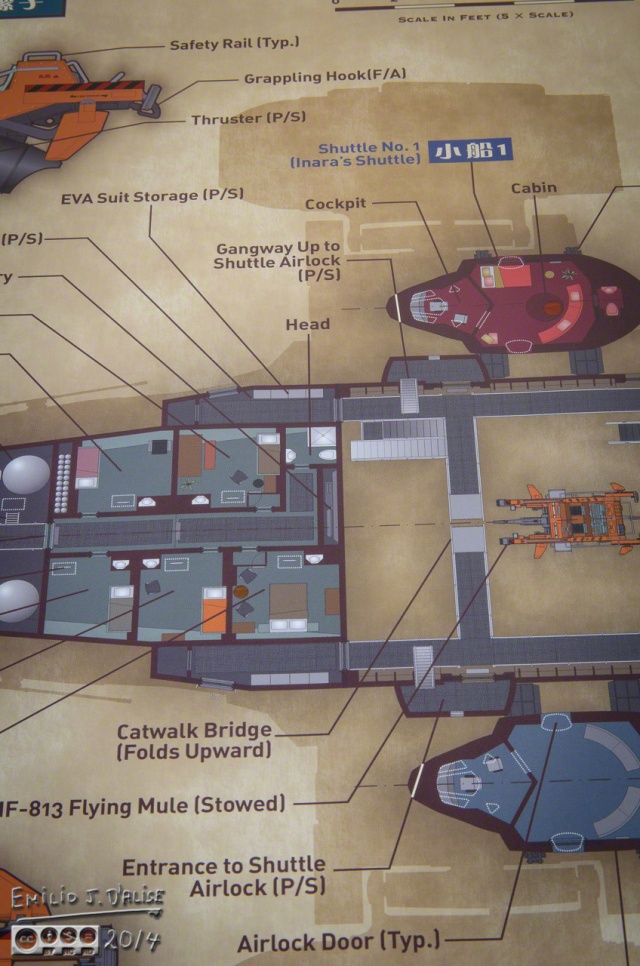 Those two shots show you the gangway (upper part) of the cargo bay is at the same level as the crew quarters  and the shuttles.

This next shot show you what is above that (the galley).

And this side view gives you the final dimension to formulate a three-dimensional image of the place.

Do you notice something in that photo?

If you have watched the series, you will know both what that is, and whose quarters those are.

That is what is neat about the work that QMx does. You get both information expanding on details you know, and things that tie into the shows (more on that on future posts).

These next two shots cleared up, at least for me, an area I was having trouble envisioning; the relationship of the cargo area, the infirmary, and the passenger quarters. 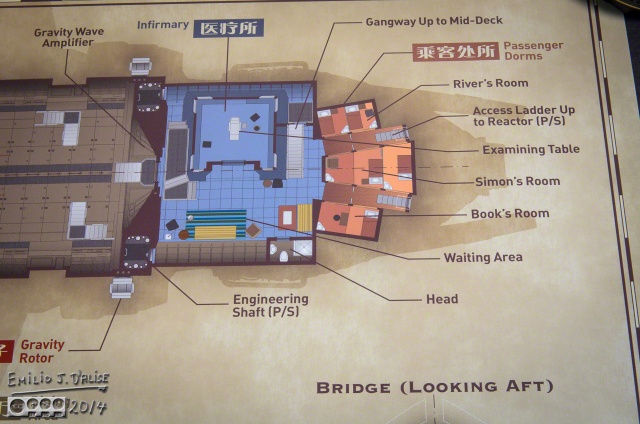 As I look at those, I can visualize scenes from the series, and better understand how people came to be where they were, as opposed to just having the scripts call for them to be there.

By the way, did you notice Kaylee’s hammock in the engine room?

You’ve already seen the side and plan views of the MF-813 Flying mule, so here’s a shot of the side engines. 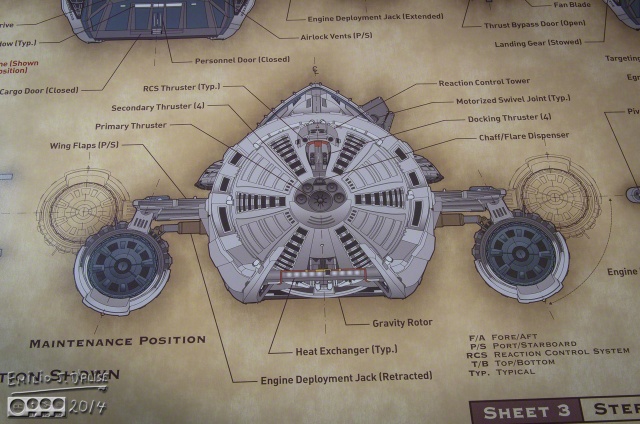 Like I said, the plans helped me visualize the ship a bit better . . . except for the engine reversing (in the pilot). The two view of the engines (front and plan views, above) do not show how the engines can rotate relative to the ship given there are two attachments to the ship, one of them being the deployment jack.

The 750 run of sets has long been sold out, but there are other products QMx offers that have the same (and more) information, albeit in a smaller format.

I bought these plans with the intent of framing a few and having them up on a wall, but the arrangement of our current house does not lend itself to it . . . hopefully our next house will. I aim to have a few where I can see them (not all 10; that would take up a lot of space).

I own more Serenity related merchandise, and some is very neat (I ain’t no good with words, so I speak what I feel), so there are more posts a’coming. 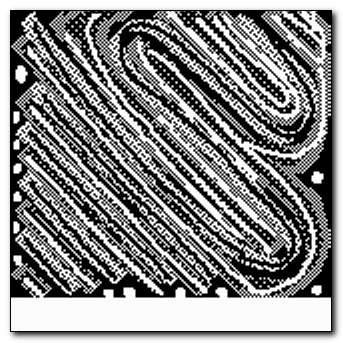 Not lucid, but intriguing