It was the middle of February, and Melisa’s Samsung S8 decided it would change its state from that of a functioning high-end smartphone . . . and opted to become a sleek, pristine, glossy, and useless paperweight. No warning, it gave . . . it just had enough and decided to check out.

A little history on that phone and on the Note 8. It was 2017 when my then Note II decided it would no longer boot up. At that point, the phone was four-and-a-half years old. Edited to add: here’s the LINK to the post about that event.

That’s when we upgraded both of our phones, Melisa going with an S8 and me with the Note 8.

END_OF_DOCUMENT_TOKEN_TO_BE_REPLACED

I should clarify . . . in Part 1<<link, I identified her work as needlepoint, but it’s cross-stitch. I corrected that in Part 2<<link, but I repeat it here.

The last cross-stitch post had mostly Christmas related projects . . . . not this time . . .

Again, it might be helpful to step back from the screen to appreciate the picture. Up close, you can see the stitches.

END_OF_DOCUMENT_TOKEN_TO_BE_REPLACED

I should clarify . . . in Part 1, I identified her work as needlepoint, but it’s cross-stitch.

The pieces I’m posting today are all Christmas related . . . and because I’m pressed for time, I’ll keep my brilliant commentary to a minimum (or completely absent). 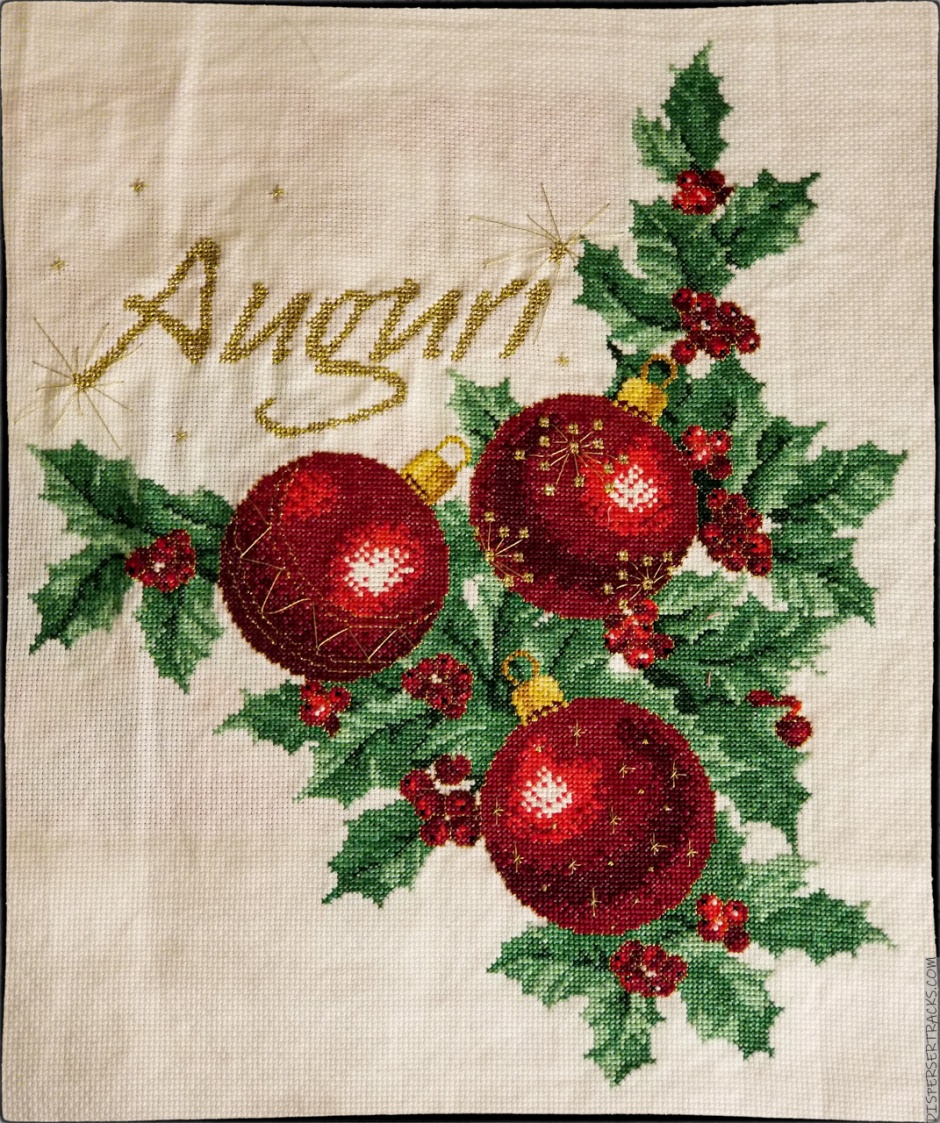 Some of these have greetings in Italian; “Auguri” means Greetings . . . whereas Anguria means Watermelon. I know, it’s not relevant, but I wanted to put that out there for them who might be interested.

END_OF_DOCUMENT_TOKEN_TO_BE_REPLACED

I should clarify . . . photos of a small number of my mother’s cross-stitch projects. So, here I am, finally posting the photos I took last September (and a few from 2017).

It’s worth noting just how much has happened in the past eleven months. The world has actually changed, and not for the better. On a personal note, we suffered the passing of my brother early in the year, something that still sucker-punches me.

I mention all this to underscore the importance — physical, mental, and emotional — of having a hobby or interest that offers an escape from the increasing bleakness of the human condition.

Hmm . . . all that seems a downer of an introduction. Let me recover . . . by telling a joke I recently read on a friend’s timeline (Facebook):

“I want to die in my sleep like my grandfather did. Not screaming in terror like the passengers in his car.”

And away we go!

Most of the ones I’m sharing are holiday-themed works, but not all.

END_OF_DOCUMENT_TOKEN_TO_BE_REPLACED

So, yesterday, this Monarch was on the pavement directly behind — and in the path — of the […]

So, the Project 313 Post 31 that went live earlier has a flower photo and I mentioned that […]

As mentioned in the last post, I’ve been editing stuff. Specifically, my last novel. Yes, I have it in mind sending it out into the wild and see if it can hook an agent. I’m not holding my breath, but one can’t suffer crushing disappointment unless one tries.

A quick comment forestalling words of encouragement . . . I mean the above as a good thing. Failure is a feature of life, and specifically, a feature of success. Yeah, I know; it sounds stupid. But, think about this . . . if you’re not willing to at first fail — and fail often — you’ll never succeed. I guarantee every gold medal winner in the Olympics has tried — and failed — many times before achieving a level of proficiency worthy of the gold.

So, a few hours in Kailua Kona . . . is a lie! That’s right; my title is a lie. This post and the next one in this series span about ninety minutes of February 6th. Those ninety minutes require two posts because . . . well, because I snapped a bunch of photos and a number of videos. For instance, this photo . . .

. . . is one of ten photos that make up this animation:

The thing is, the waves and surf merit their own post, and so that’s how I’m splitting up the photos.

END_OF_DOCUMENT_TOKEN_TO_BE_REPLACED

To some, it may look like I’m slacking off in my posting. Well, I’m here to tell you that once you retire, you’ll find time just slips through your fingers. Whereas I used to be able to do a lot when I was working forty hours a week — fifty, if you count travel times — I now don’t seem to have the time to do basic stuff like personal hygiene, taking out the garbage, and doing laundry. Thank goodness for disposable wipes, the woods behind and below our condo unit, and cheap clothes.

I often envy animals living out in the wild . . . you just sit out in the rain to wash your durable fur and you can just drop your poo where ever you want. Some even choose to sling it. If they ever evolve, they’ll probably be politicians.

That happens to be one of my submissions to Monochrome Madness, as is this next shot . . .

END_OF_DOCUMENT_TOKEN_TO_BE_REPLACED

This might end up being one of them there lengthy post. There are a lot of photos, so it might load slow. I suggest getting a cup of coffee and perhaps making a bathroom run while everything loads.  Just letting people know.

BUT . . . you can just go to the bottom and just look at the gallery of photos. I mean, you’ll miss all manner of demented . . . I mean . . . stable genius writing,  but it’s your dime; do whatever you want.

So, the last post covered the use of the Note 8 in documenting my visit to the Place of Refuge. I also have a visit to a botanical garden that will be documented on a dedicated post. However, as Melisa would readily confirm, I’m likely to be walking along and see something that captures my attention and before she even realizes it, I’m stopped, phone in hand, taking photos.

Well, this post honors those miscellaneous photos, the ones not tied together by a theme or cohesive narrative.

It could be something like the mural on the side of the local KTA (a grocery supermarket).

END_OF_DOCUMENT_TOKEN_TO_BE_REPLACED

It’s fine, thank you. I don’t have any complaints and if pushed, I’d be hard-pressed to come up with something I’m not happy about. Blazing fast, lots of customization, handles pretty much anything I throw at it. However, readers of this blog are likely to only care — if they care at all — about one aspect of the Note 8 . . . the camera.

Well, I’ve been taking odd photos here and there, and I aim to show those in the next few days. Today, I want to share stuff from the middle of December. Specifically, two movies from December 14, when I dropped in at the Pine Tree park beach area (a. k. a. Koanaiki Beach Park) and also stuff from my December 17th visit to the Place of Refuge ( a. k. a. Puʻuhouna o Hōnaunau NP)

It was a very windy day. So windy, that it was difficult holding the phone steady because the gusts of wind were working hard at getting me to lose my balance and fall on the lava. The lava was also in on it, providing an uneven platform for me to stand on. That’s why — despite the guide lines on the screen — the horizon occasionally goes off horizontal.

I also had my P900 with me, but those photos are for another post. Here’s the second video from the Note 8.

END_OF_DOCUMENT_TOKEN_TO_BE_REPLACED

Whenever we visited the Big Island, no trip was complete without a visit to Kapaʻau. It’s a town in the Kohala district of the Big Island. 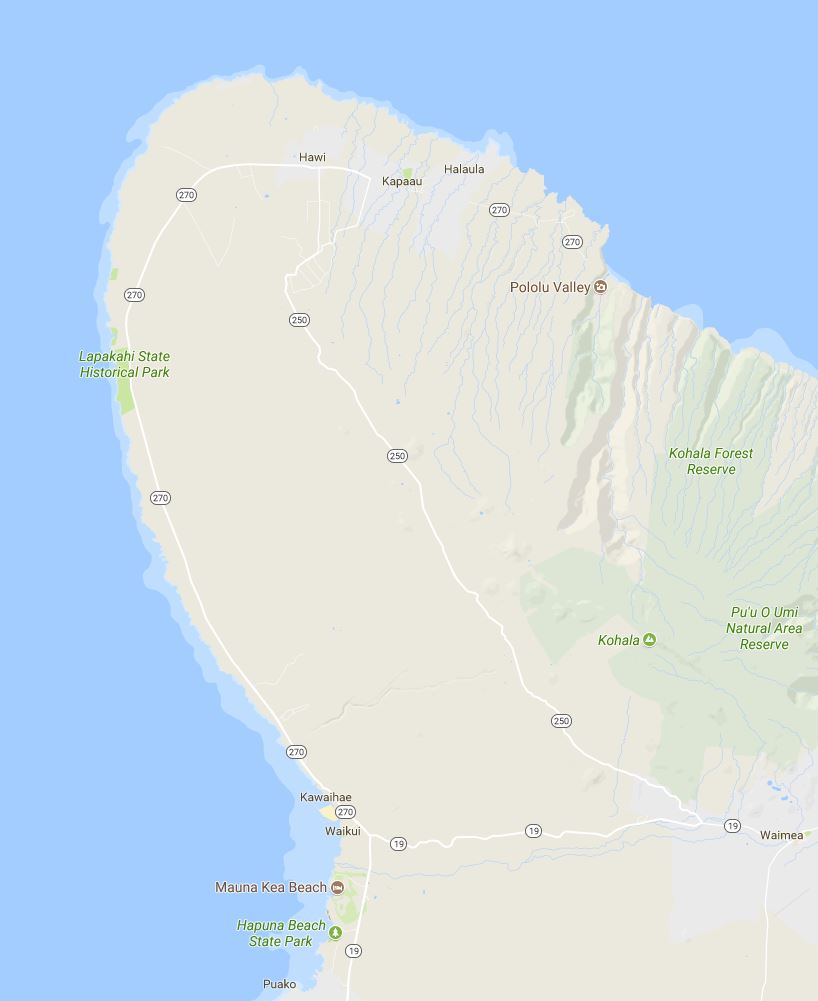 We still like driving up there and on the 24th we took a drive specifically to get to the Keokea Beach Park.  Why, you ask? Well, as a North-facing shoreline it gets pretty good waves and I was having wave-withdrawals. The actual waves from the park will merit their own post, complete with photos and videos (of course). This post is about stuff on the way there.

So, set some time aside, grab a snack, and settle in because I have about 90 photos, links to stuff, and words. I won’t show all the photos in the post, but the originals are in THIS SmugMug Gallery, plus there’s a gallery at the end of the post with all the photos. As usual, you can click on any photo for a larger version to open in a new tab or window.

END_OF_DOCUMENT_TOKEN_TO_BE_REPLACED

This post has only videos. Boring videos made even more boring by the fact they’re slow-motion videos. In this age of quick gratification, you’re not going to find it here.

END_OF_DOCUMENT_TOKEN_TO_BE_REPLACED

I often mention the heat here in Kailua Kona . . . but, for a couple of days now, it’s not been that bad. Meaning, we’ve had a few days when the morning temperatures hovered in the high-70s and in the afternoon they rose to the low 80s. More important, the humidity is kept low by brisk trade winds (the trades, as they’re referred to here). Side note: these last two nights are the first in a long while that we didn’t have fans running. Why, I even pulled the sheet all the way up to my neck.

This being the third Sunday of the month, a portion of Aliʻi Drive would be closed starting at around 1:00 pm for the monthly street fair.

. . . that’s why we went down there in the morning while it was cooler and with fewer people to get underfoot.

But, before I get to those photos, a couple of observations about the  — yes, you guessed it — the Note 8 (and other cameras). 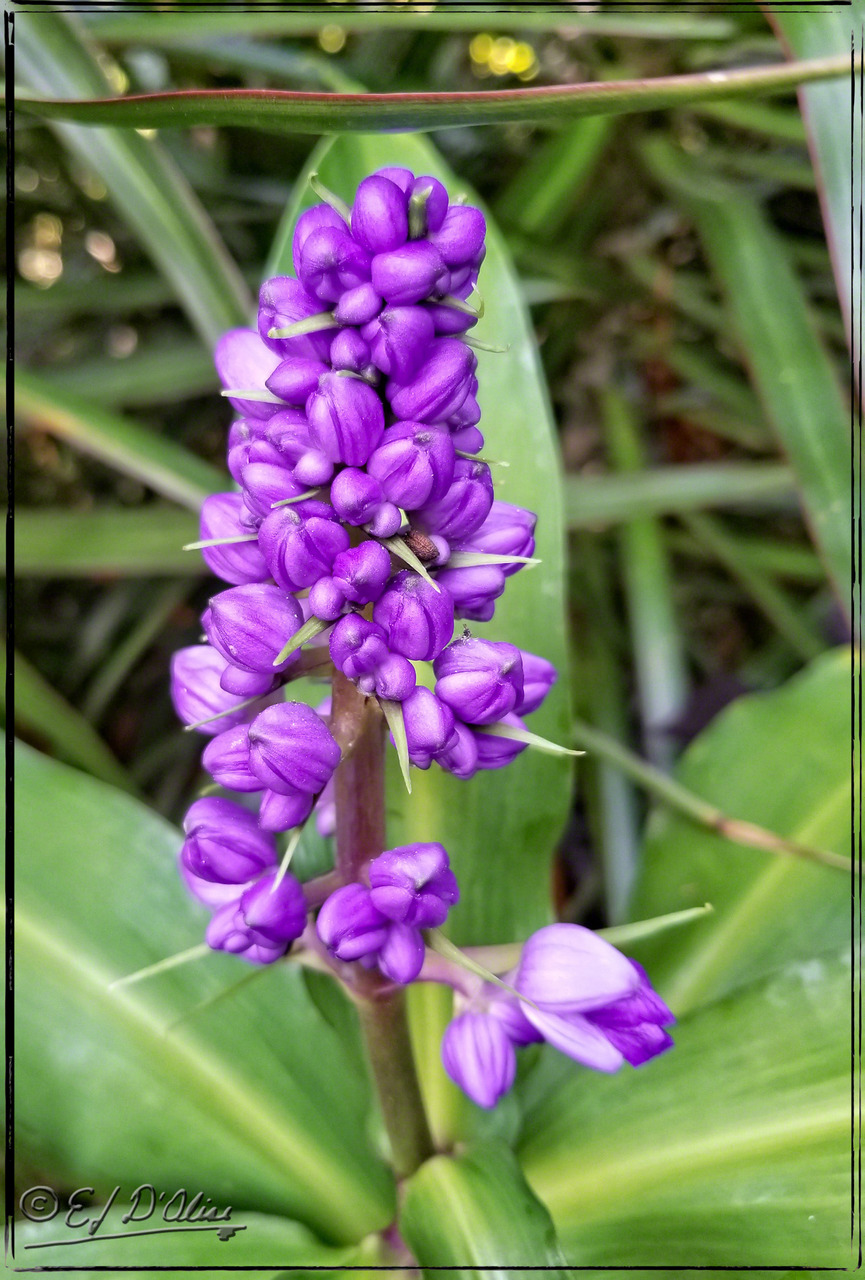 END_OF_DOCUMENT_TOKEN_TO_BE_REPLACED

I almost have the writing bug again. Almost, but not right now. I do have two ideas that are rattling around my brain, but they need to jell a bit more. Interesting side story . . . both ideas came to me while I was half asleep (drifting, as I call it) pretty much in the middle of the night and after my deep sleep. I usually lose those . . . but, Note 8 to the rescue. If you pull the stylus, you can just start writing on the screen. Conveniently, it’s black, so it doesn’t blind your darkness-adjusted eyes. Anyway, I jotted down my ideas and I had them for when I was fully awake. Soon, you’ll be able to read the result . . . I hope.

By the way, that’s what three eggs, some milk, Half & Half, and a pinch of salt looks like before it’s whisked into French Toast batter.

Say, do you remember THIS post? It had this photo in it.