Posted on 23September2013 by disperser 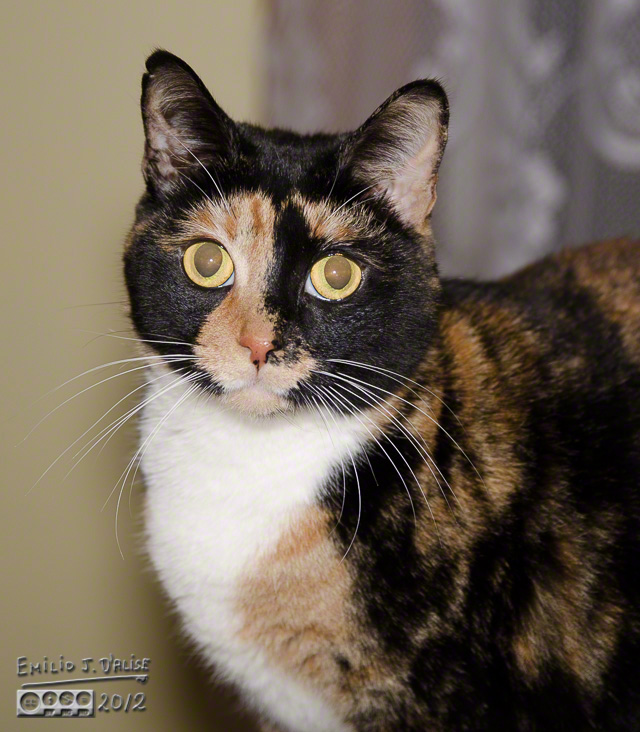 No, that’s not a Tomcat, or any other plane with “cat” in its name.  Let me back up a bit.

First of all, this will be the last update of the 2012 photos.  There are other 2012 photos I might showcase in future posts, but as far as my “catching up” efforts for 2012, this will be it.  Well . . . this and a number of other posts.  I have about 270 photographs from the museum, so I will split them up into multiple posts.

Mind you, each post will still be what they now call WordPress Longform.  But, I digress.

Thanksgiving 2012 found us visiting relatives in Maryland.  There, we met four cats.  One of them is showcased above.  I figure a cat picture will attract the chicks, and the title will attract dudes.  While chicks might not hang around for the planes, their short visit will still add to my counter.  The other cats will be introduced in future posts.

During the visit to Maryland, I wanted to see one place, and one place only . . . The National Air & Space Museum, also known as the Steven F. Udvar-Hazy Center.

The building itself is pleasant to look at from the outside.  This abstract scythe probably symbolizes the idea of clunky, noisy, smelly, smoke-belching-man-made-machines clumsily lumbering through the air; testaments to man’s desire to fly, them machines be.

That structure is meant to mimic a control tower . . . and, sadly, we forgot to visit it.  It was only as we were leaving that I looked up, and softly said “Next time”.  Then I raised my fist to the heavens, stood tall, and yelled out . . . “Next time, for sure!”

It was cloudy, so this was not as brilliant as it might have been . . . it did seem to me as if they are compensating for something.

The entrance is quite striking, as well . . .

The first thing that greets you as you walk to a balcony looking out to the huge hangar is this Vought F4V Corsair. 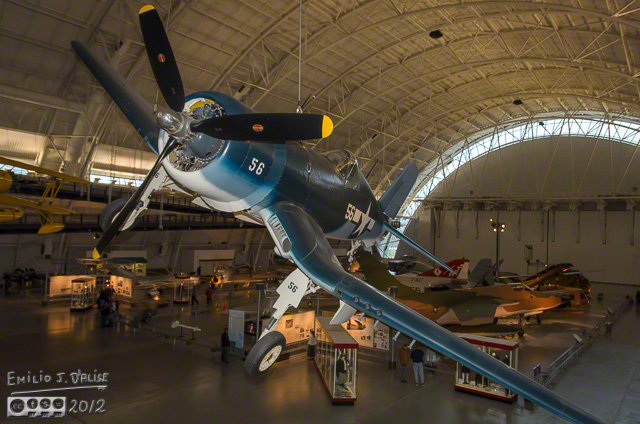 Something that I plan to do throughout these posts, is to occasionally drop in the Black & White versions of the photos.  Some planes are better suited to them, so only some will get the treatment.

This too gets the B&W treatment tryout . . .

Hmmm . . . I think from here on in I’ll be more discerning with my choices. 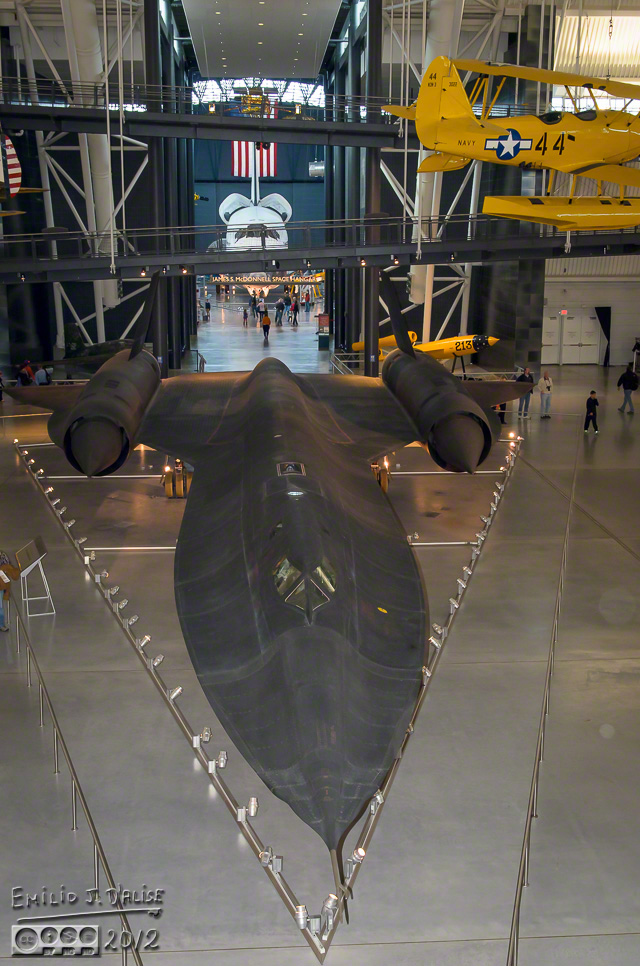 A legendary plane, lots can be found about it HERE.  The plaque says this: 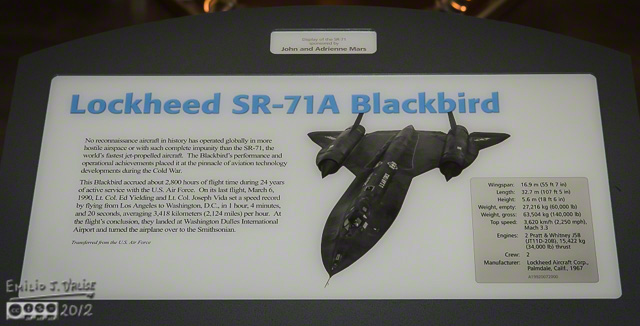 Yeah, hard to read, but easily read in the accompanying SmugMug Gallery (HERE).

Oh, that’s the other thing about this photo journey through the museum.  I will introduce the plane when I first see it, but it may pop up again from different angles.  Pretty much, the flow of photos will follow my wanderings through the hanger and adjacent halls.

Next up, the Republic F-105D Thunderchief.

This was a big plane, and could carry a larger bombs load than the B-17s flown in WW II. 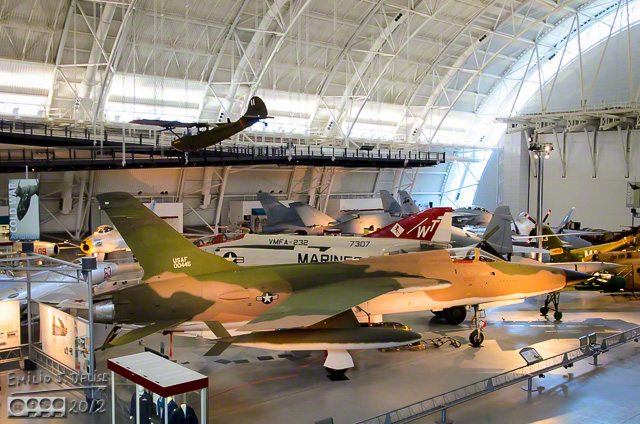 Some people might have heard of the Wild Weasels . . . dangerous stuff.  These shots were taken from the walkway winding its way down to the hanger floor, as is this next one shot, at cockpit level.

Continuing down the ramp, I passed a familiar sight . . . 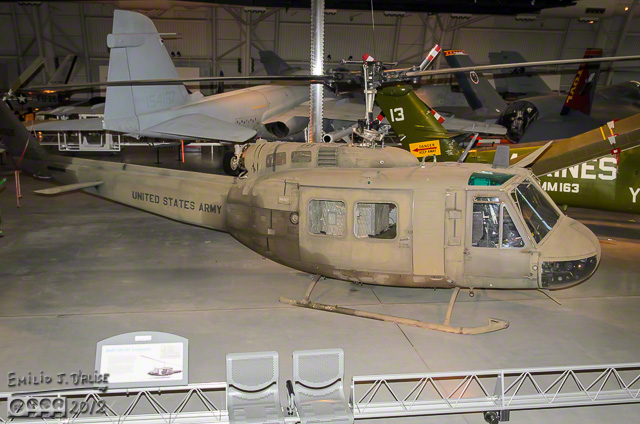 One can read about Hueys HERE.

Once on the main floor, one can look up for a different perspective on both the P40E Warhawk . . .

. . . and other aircraft hanging up there.

The Corsair is closest, and the Warhawk is after that.

A Westland Lysander brings up the rear.  From the ground, you can also find out about the weird looking thing hanging up there . . . 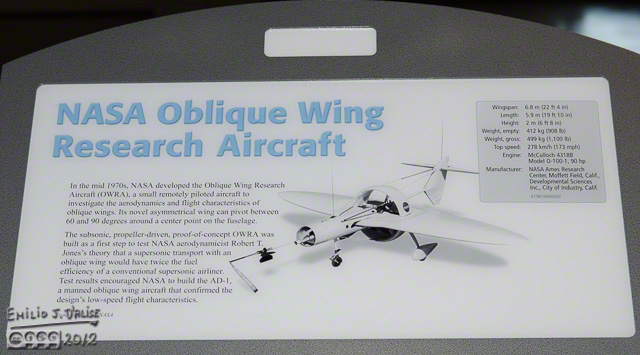 And you also get a different perspective on the SR-71A Blackbird. 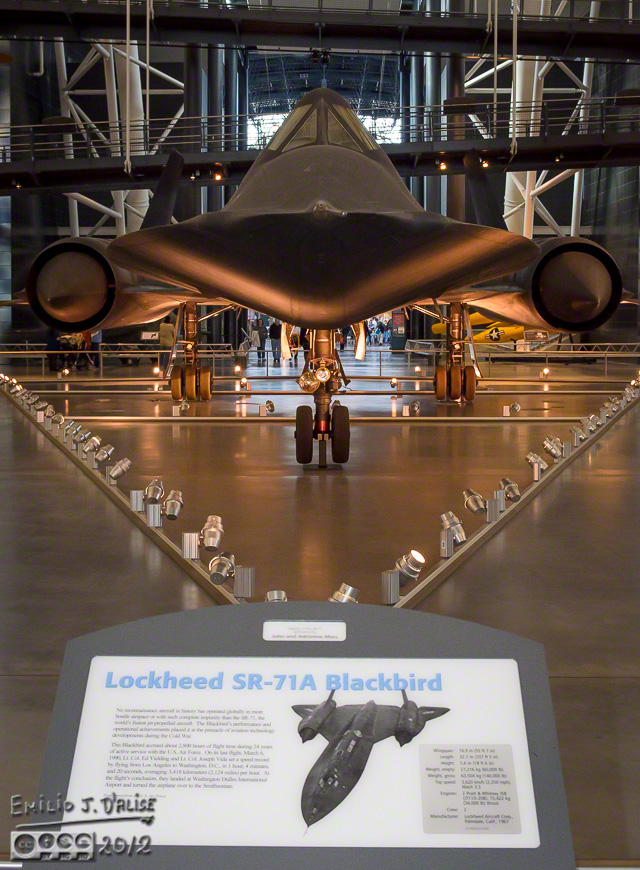 At the bottom of the ramp is also where you will find the engine display.  That’s what I’m close out this post with . . . engines.

Engines drive the human world like no other thing, but are, for the most part, unseen. Here you can see them in all their glory, and you can even see a few cutaway engines, showing their guts, so to speak. 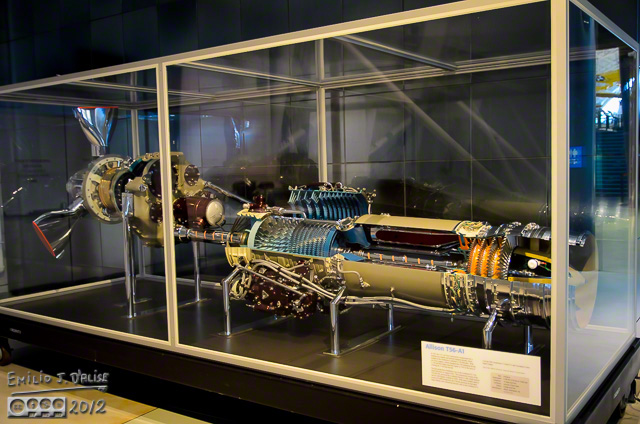 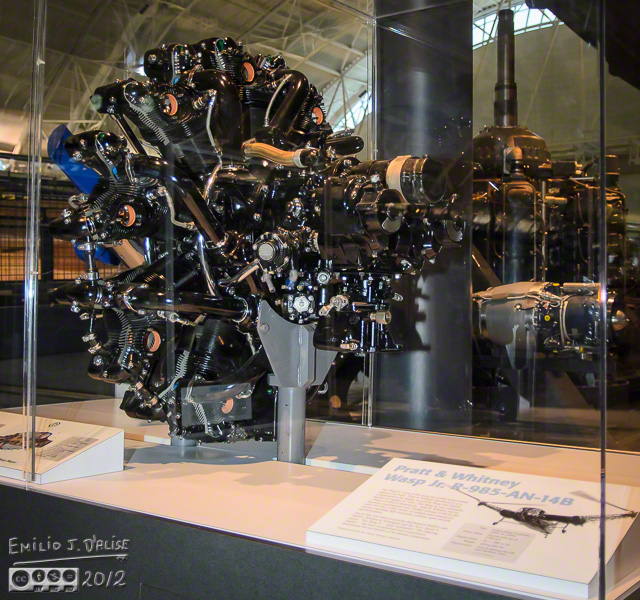 For them who are interested, I remind them the above photos are available in higher resolution at the SmugMug Gallery HERE.

The next post will deal with older stuff.  Thanks for visiting, and hope it was an informative foray into a small part of aviation history.