The Alphabet Challenge M-Stories votes are waiting in the wings . . . but I wish they would rush into the bright lights.

If you’ve not already done so, you can read the stories and cast your vote for your favorite of the three. Links to the stories and the poll for voting for “Alphabet Challenge M-Stories” are HERE.<<<Link

Here are a few photos reworked and presented as a thank you for your participation . . . 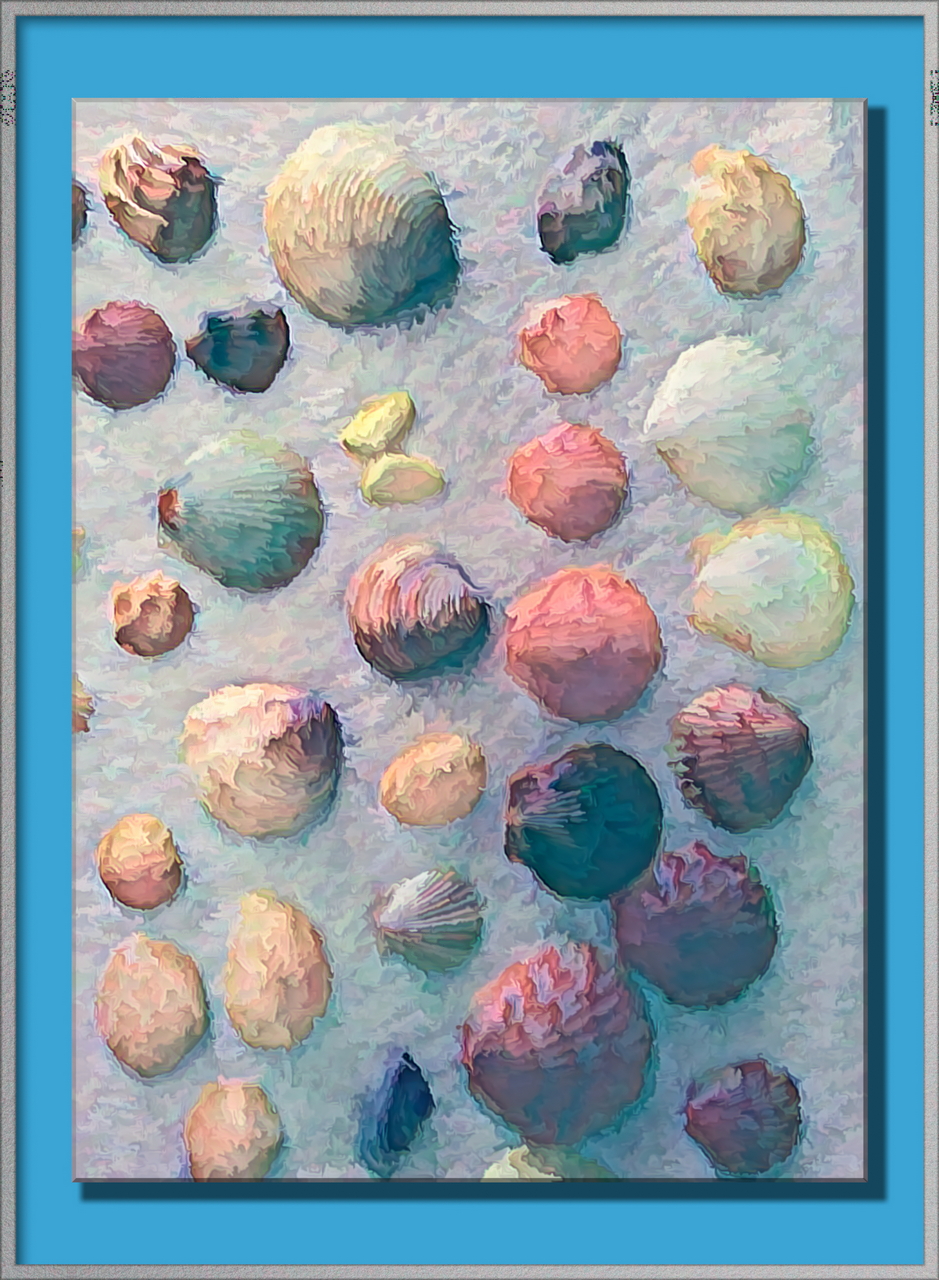 Them be Florida beaches shells.

END_OF_DOCUMENT_TOKEN_TO_BE_REPLACED

The Alphabet Challenge M-Stories voting has stagnated . . . Yes, it sometimes gets a second wind near the end, but why wait?

If you’ve not already done so, you can read the stories and cast your vote for your favorite of the three. Links to the stories and the poll for voting for “Alphabet Challenge M-Stories” are HERE.<<<Link

Here are a few photos reworked and presented as a thank you for your participation . . .

That’s from the Old Kona Airport on the Big Island.

END_OF_DOCUMENT_TOKEN_TO_BE_REPLACED

It’s been a while since I’ve done a breakfast (or other alimentary) post.

There are three breakfasts I eat fairly regularly: Cheerios with walnuts and almonds and fruit (when available), oatmeal with cream cheese and two eggs, and scrambled eggs with toast.

Today (Friday the 23rd) I had eggs with toast. I began with olive oil in a pan.

END_OF_DOCUMENT_TOKEN_TO_BE_REPLACED

It’s been a while since I brought up breakfast.

. . . er . . . I don’t mean “brought up” as in, you know, fingers down the throat and aiming for the bucket. I mean, since I wrote about before (HERE). That was three years ago and not much happened since then.

. . . er . . . I mean, lot’s of shit happened and the world is riding a handbasket to unknown destinations but when it comes to my breakfasts, that post about covered them well.

“What the heck is that?!?” you scream in horror.

Well, Bob, the answer lies below. Read on at your own peril.

END_OF_DOCUMENT_TOKEN_TO_BE_REPLACED

I should be busy writing. It is, after all, NaNoWriMo month . . . wait, that’s redundant.

Regardless, the point is that if I aim to do partake in the challenge, I should be writing. And yet, I’ve got exactly zero words of fiction written so far this month. I’m not worried, of course . . . if I get going, I’ll easily make up for the late start. But, stuff be going on and I’m otherwise occupied. Nothing anyone should worry about, just things that preoccupy me.

Thing like, for instance, making French Toast. Them there be five slices of sweetbread from the Punaluʻu bakery.

I don’t follow a specific recipe; for the five slices, I take three whole eggs — I’ve tried taking six half eggs, but it gets messy really fast — and I wisk them until the yolk and the albumen are thoroughly emulsified. I then add Half & Half and some milk. I eye-ball it as opposed to measuring amounts. I judge the color and consistency based on how I feel at the moment.  I probably should have taken a photo of the batter . . . maybe next time.

END_OF_DOCUMENT_TOKEN_TO_BE_REPLACED

When we lived in Michigan, our favorite hamburger was the Big C. You can read a bit about Clyde’s and the three-quarters-pounder burger HERE and HERE. The Big C was a five hours drive from where we lived, but it was on our way to and from our cabin in the UP.

When we lived in Colorado, Smashburger — although offering only a half-pounder — was our favorite place for burgers, edging out the offering from Five Guys.

Yes, I’m a meat eater. Some will see me as a lesser human being for it, and that’s fine. Just know I hold vegetarians in contempt for eating alive — alive, I tell you — plants trying to do nothing more than to live peacefully, not hurting anyone. You know, except the poisonous plants; them be nasty but vegetarians hypocritically leave those alone.

Now that we are in Hawai’i, we’re working to find the best hamburger on the island. Publications that rank such things list Annies Hamburgers as offering the best burgers of the Big Island.

. . . and we were underwhelmed. Little to no flavor, overcooked, sickly-looking cheese, blah condiments, and fries that looked as if scraped from the bottom of some forgotten fryer and reheated to lukewarm tastelessness. Had the ketchup masked their lack of flavor, they would have still ranked below what you can get at any fast-food joint, even one skimping on meeting health regulations.

Now, it could be that Annies was already behind the eight ball — as they say — because one of the first places we visited when we came to the Big Island was Tex Drive In . . .

END_OF_DOCUMENT_TOKEN_TO_BE_REPLACED

This is the follow-up to the previous post. For them who can’t be bothered to go back and […]

This is the third day of our one week without the Internet. It seemed as if it would be a breeze . . . But I’m here to tell you just how much the internet insinuated itself into our lives.

A very much mucho grande amount.

We don’t realize how much we rely on the internet to entertain us when we are bored, to provide information whenever we have a question, to keep us company when we are snacking, to give us the illusion of having a social life, and all the times in between what I just mentioned.

END_OF_DOCUMENT_TOKEN_TO_BE_REPLACED

Some of my earliest memories are of playing with my food, usually something I did not like. That […]

First of all, I hope everyone is having a great 4th of July celebration; a safe one, without […]

There’s still a bit to do, but the hard work is finished. This next shot is from Saturday after […]