If you want a respite from all of the weekend’s socializing, I have a suggestion:  read the “I” Stories submissions. After, if receptive to the idea, the writers hope you’ll make the effort and vote for your favorite of the “Alphabet Challenge I-Stories” HERE.

END_OF_DOCUMENT_TOKEN_TO_BE_REPLACED

Below is the last of the seven books I chose when I got tagged for a Literacy Month challenge.

Given the numerous books I’ve read in my life, this was quite the challenge . . . one I decided to pare down by concentrating only on fiction I’ve read. Even so, the choices were numerous. So, I pared them down even further by only choosing books I still own (with the exception of I, Robot which — were it not for some nameless bastard — I’d still own).

The last book I posted in response to the challenge was . . . 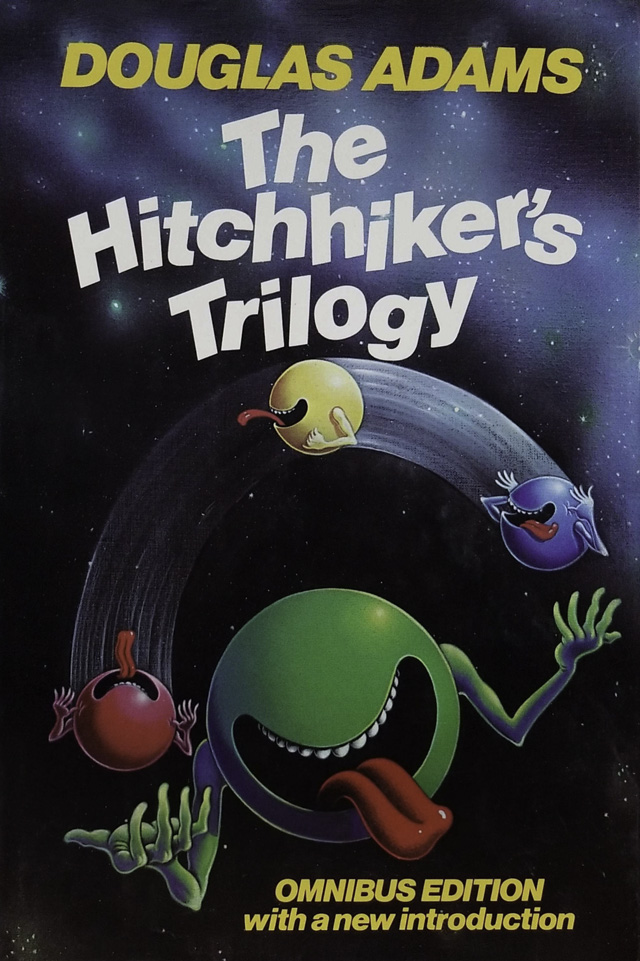 The interesting thing about The Hitchhiker’s Guide to the Galaxy is that the trilogy has five books. There is a sixth book but as it wasn’t written by Adams, I didn’t bother with it. I probably should. Read it, that is.