The Alphabet Challenge “N” Stories are active and the stories are fiercely battling for supremacy . . . sort-of.

You have no obligation to do anything . . . but it sure would be swell — if you’ve not already done so — if you would read the stories and cast your vote for your favorite of the three. Links to the stories and the poll for voting for “Alphabet Challenge N-Stories” are HERE.<<<Link

Oh, here are a few photos before you go reading the stories . . . 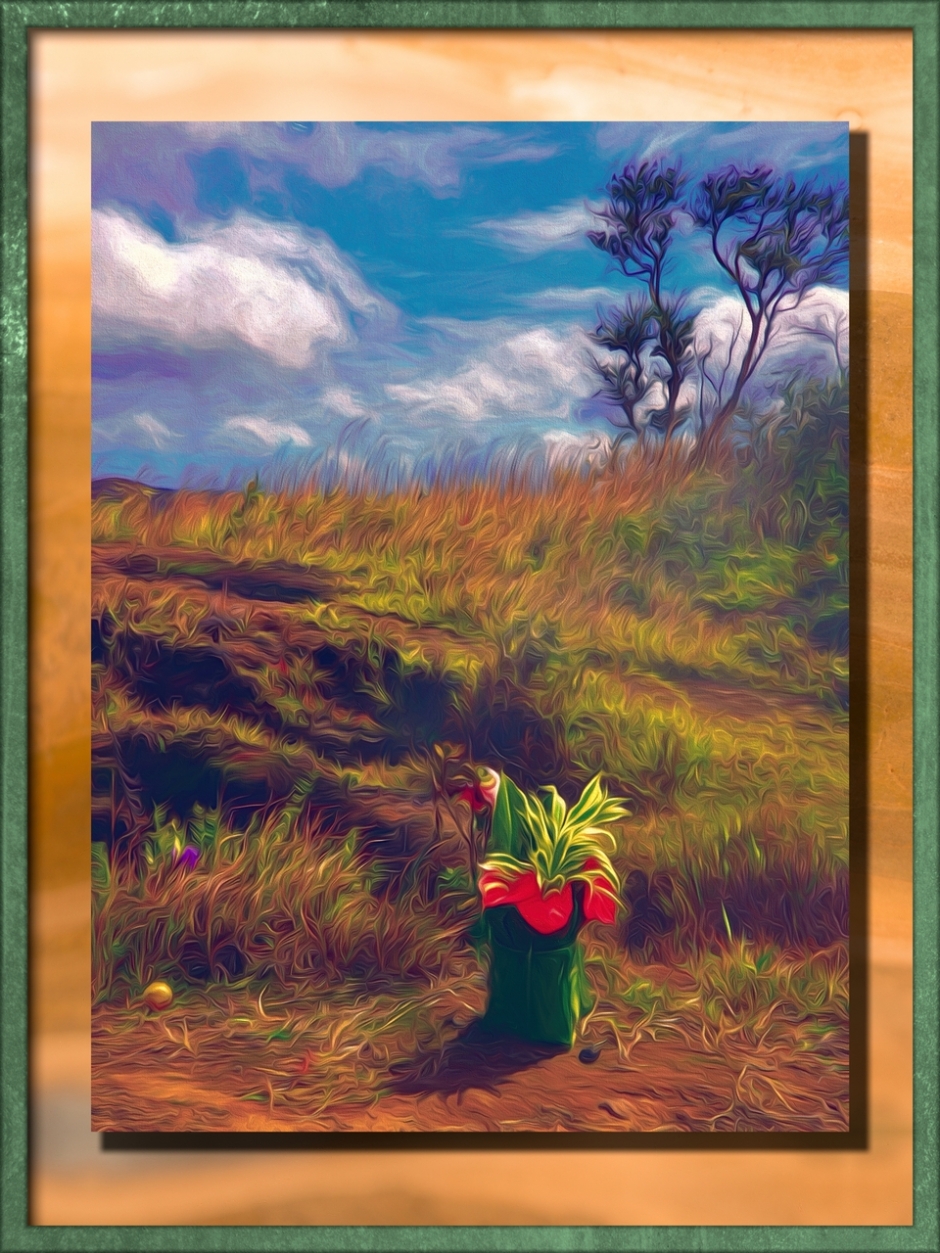 That’s an offering to Pele<<link in front of a steam vent on the rim of the caldera at the Hawaiʻian Volcano National Park. The photo was taken after most of the activity had subsided . . . so, obviously, the offering worked.

If you are religious and dismiss the beliefs of Hawaiʻian natives as “silly”, know that I likely feel the same way about your religion. Well, not exactly. Most Western religions are more dangerous than silly.

Here are more offerings in front of another steam vent . . . 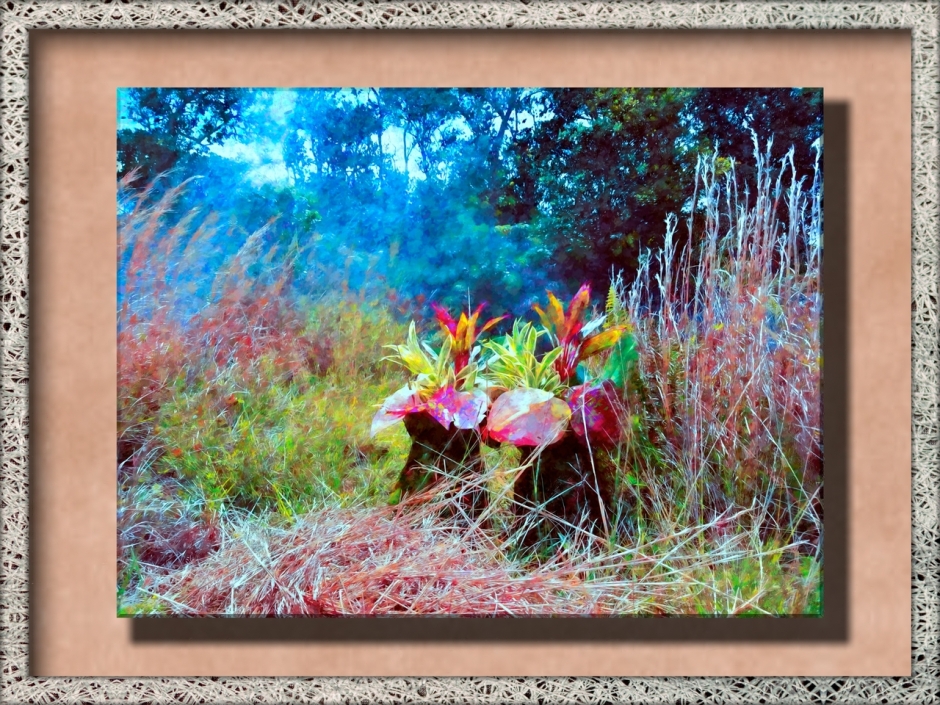 People tend to be dismissive of other people’s religions. In that, I think I hold moral superiority since I dismiss all religions equally. 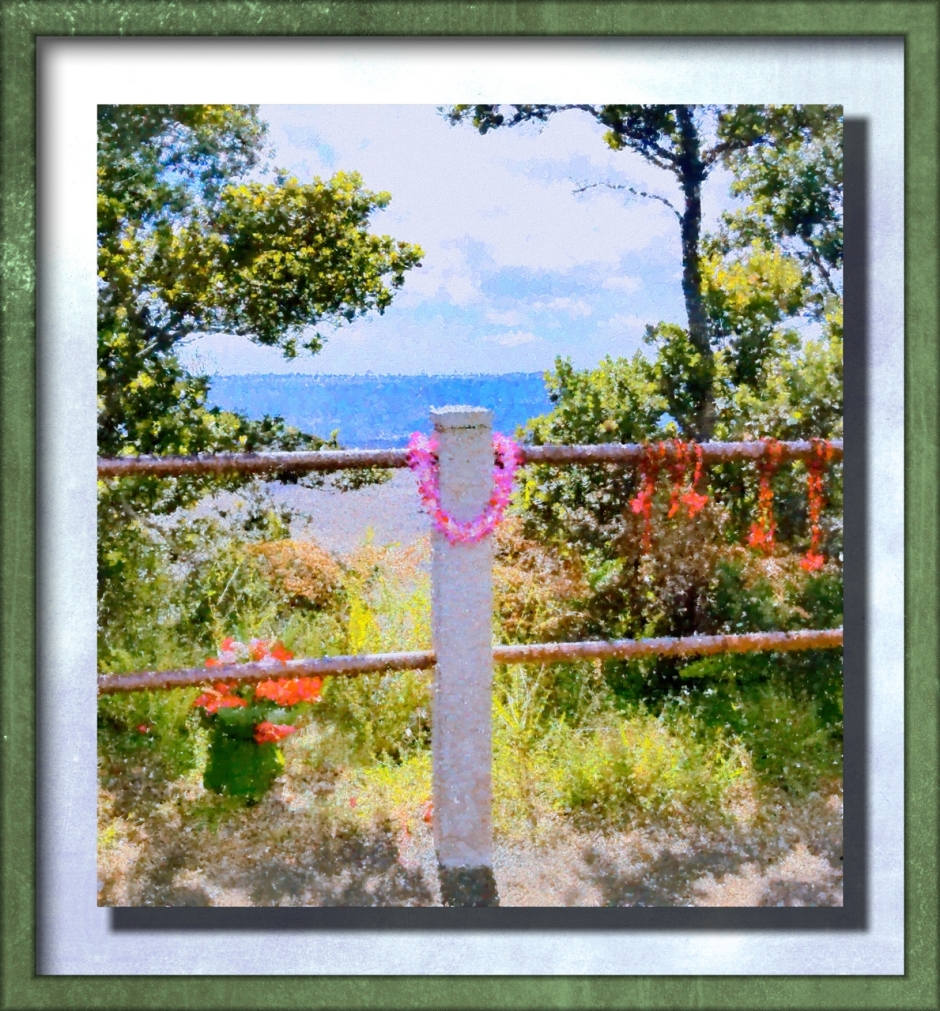 The above is right at the edge of the caldera. A caldera whose floor dropped something like 600-800 feet. It was a shock visiting it when the park reopened . . . unrecognizable, it was.

Anyway, the thing with the Hawaiʻian religion is that it’s mostly harmless to others. Meaning, I don’t have to worry about them a whole lot, me being an atheist and all. But other religions?

I tell you, they’re the kind of believers who can keep you up at night because they are fond of blaming others. The crop fails? It’s the unbeliever’s fault. Erectile Disfunction? It’s god punishing them for being tolerant of unbelievers. You can see why it concerns me so.

But Hawaiʻians seem fairly tolerant of other religions. When I lived there, I saw all manner of churches, sometimes right next to each other. Very spiritual, them Hawaiʻians. 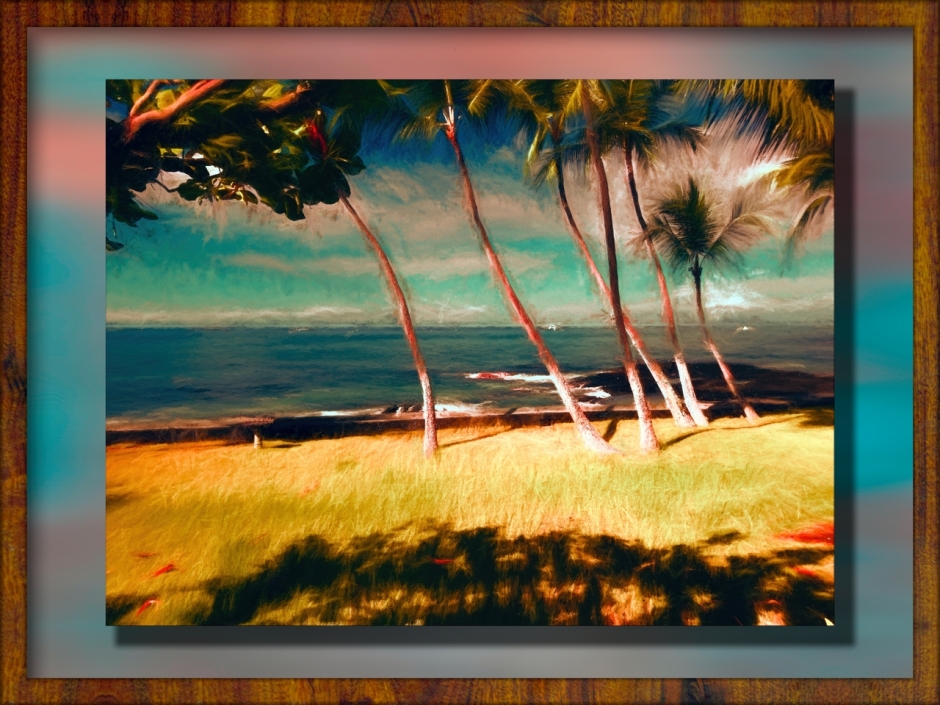 As I mentioned in an earlier post, we’re halfway through The Alphabet Challenge and the gallery where I’ve been uploading these photos now has over 500 offerings (HERE<<<Link). That’s a link to the first photo, and you can scroll through all 500+ photos if you got nothing else to do.

Hence, I decided to create a new gallery for the second half of the Challenge reminders, beginning with these four photos. The new Gallery is HERE<<<Link

Or, you could read THIS POST<<link offering some of my thoughts and a bit of flash writing.