The “L” Stories voting round is underway and we already have some action. If you want to participate, you can find links to the stories and the poll for voting for “Alphabet Challenge L-Stories” HERE.<<<Link

Clicking on the above link will take you to the post with the poll where you can cast your vote. The post also contains links to the individual stories. After voting, readers can — if so moved — spread the news about the story to friends and family. Or, not. But, we hope for yes. 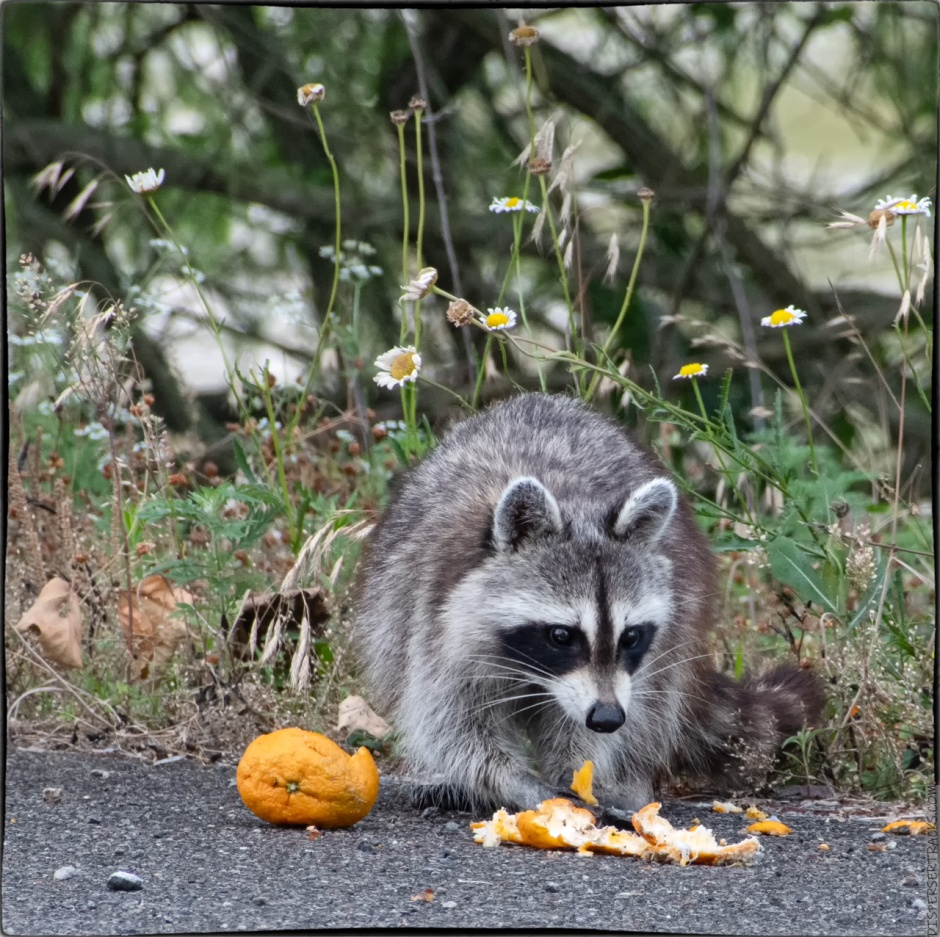 During a drive through the Crab Orchard National Refuge, we spotted this young raccoon feasting on lost oranges.

The interesting thing isn’t the raccoon since this is, after all, its natural habitat.

I mean, I see them on and along roads all the time, casually laying on their side, their tongues hanging out, sleeping off a likely night of debauchery and mayhem as car wiz by them. It’s a wonder they can sleep through the noise.

No, the interesting thing is the oranges. 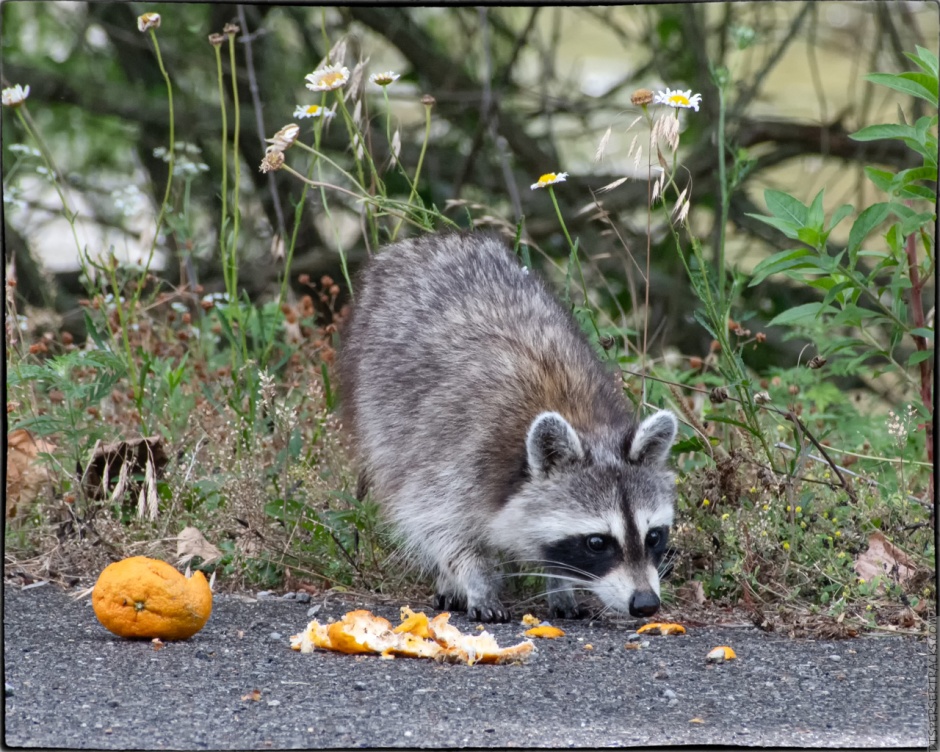 The only explanation I can think of is . . . aliens. No, not the ones from south or north of the border or from our thousands of miles of shorelines — although oranges do wash up on beaches; I saw it in the movie Local Hero,<<Link so it must be true.

By aliens, I mean beings from another galaxy, probably the Link>>Andromeda Galaxy. 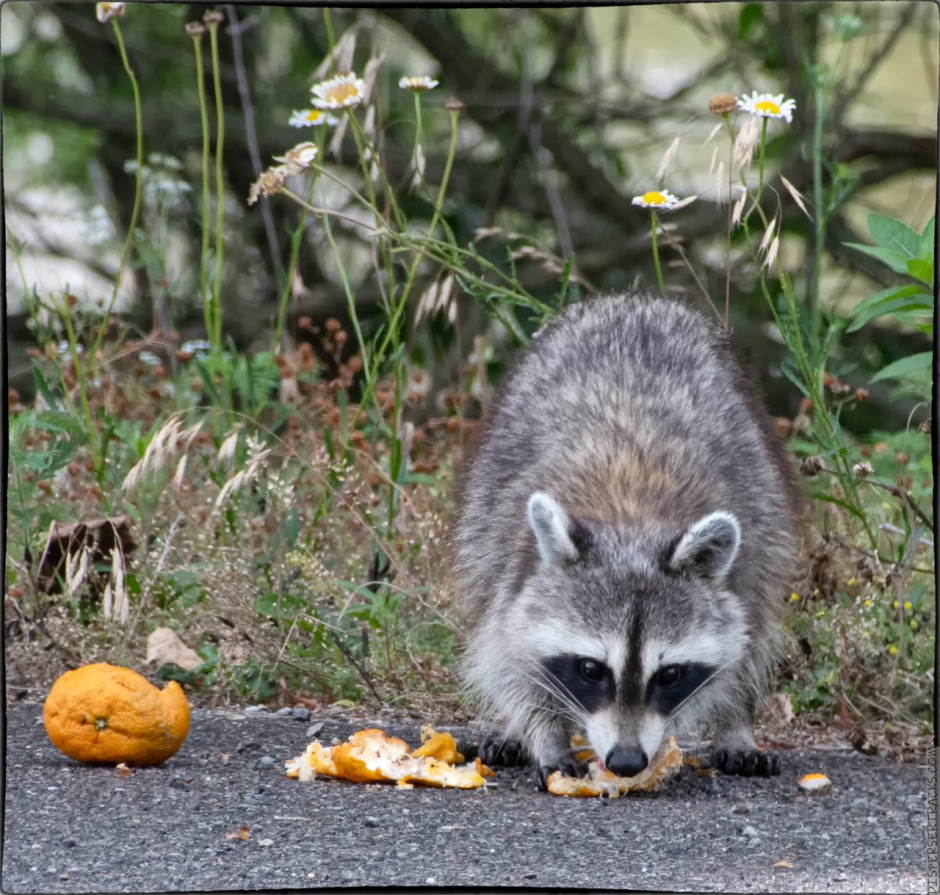 Yes; it happens all the time.

You see, we’re on a collision course<<Link with the Andromeda Galaxy.

Here’s what’s happening: Andromedinians drop by to visit, scouting out possible real estate to buy up (get your “For Sale” signs up early if you want in on the coming realty bonanza).

Naturally, they stop by and look at Florida since Andromedanites are mostly amphibians, and seeing as Florida will be underwater by then, it’s an ideal location for them. 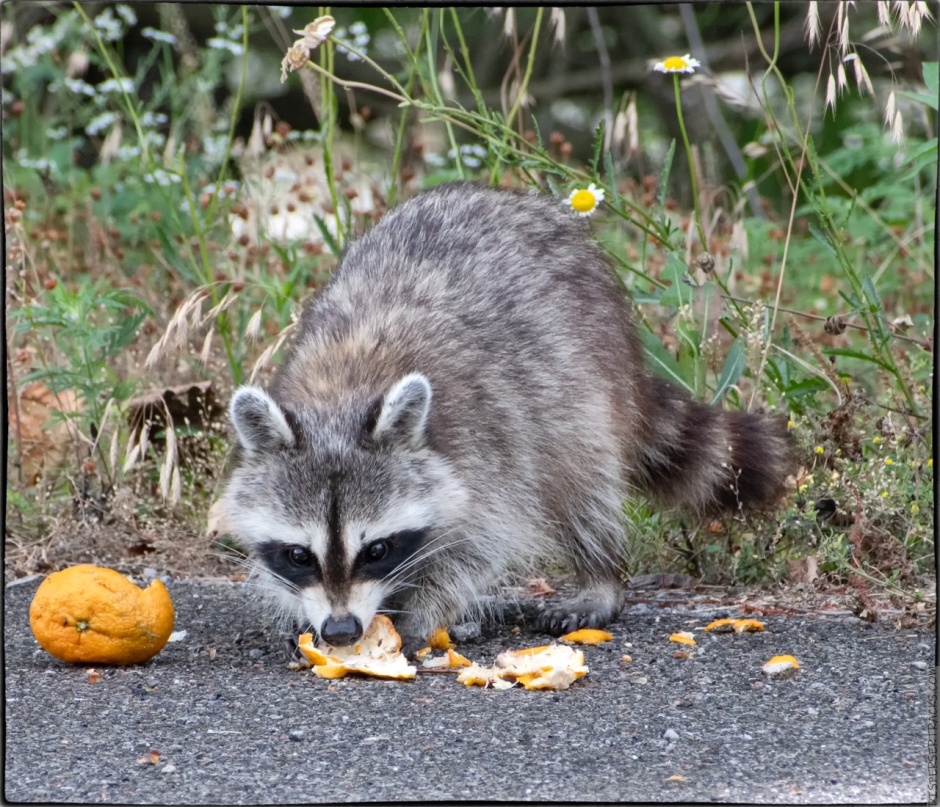 They’re also attracted to orange globes because their burp sacks — the membrane that stretches and inflates when they burp — resemble an orange in color and size.

What’s that? Oh, let me explain . . . you see, they don’t have vocal cords, so they modulate the pitch and length of the burps to communicate; a language of sorts.

Really, they don’t talk much; mostly, they use portable notepads to communicate. But, boy, watch out when they get into an argument and start yelling at each other! It’s an fsm-awful noise to experience. Almost makes you want to throw up, but don’t because you might accidentally be saying something that will piss them off.

Trust me on that; I learned it the hard way. 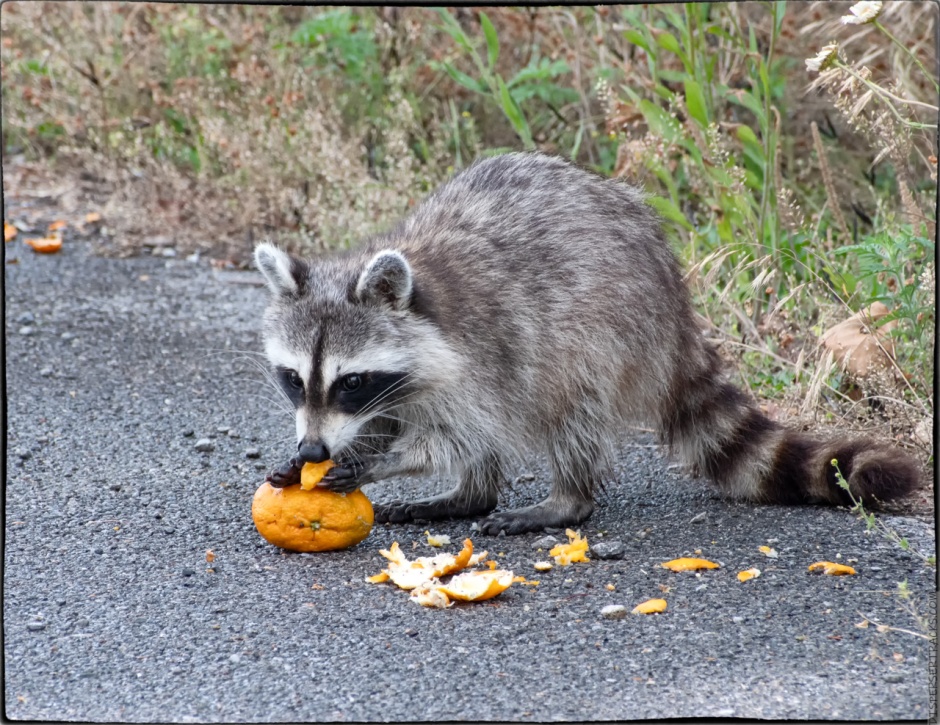 Anyway, it turns out oranges are too acidic for them, so they toss them out. Of course, they’re flying really fast, so even though they throw them out over Tennessee, they don’t actually land until Illinois.

Smashed oranges on roads is a common sight in Illinois; almost as common as raccoons sleeping on the road.

Anyway, that’s the story of the oranges and the opportunist raccoon. Hope you enjoyed it. There are more photos than shown above and you can see them either in the SmugMug Gallery HERE<<<Link or in the gallery below: 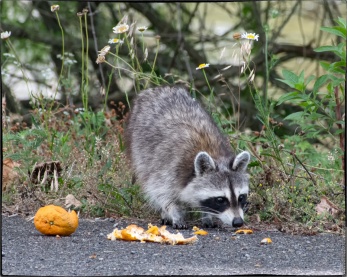 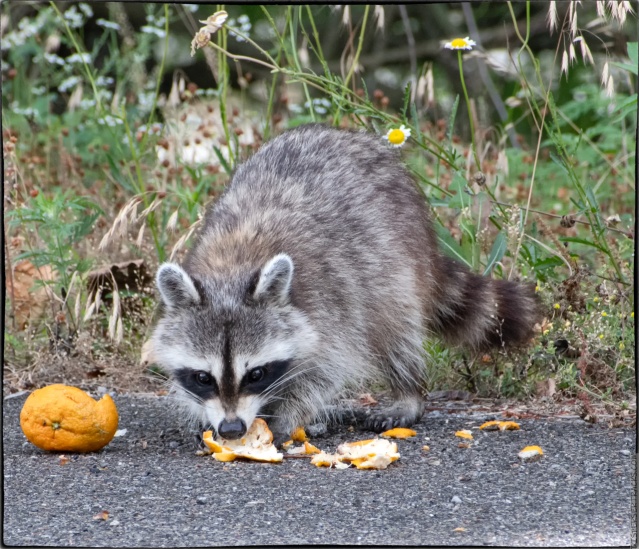 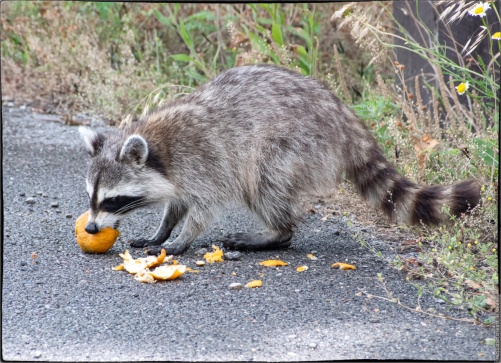 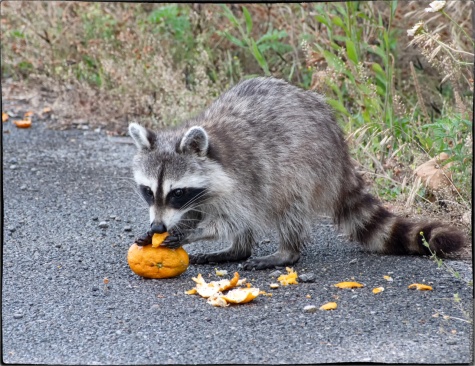 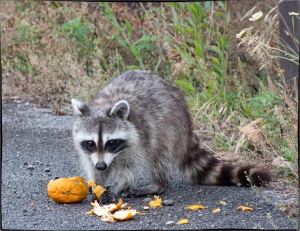 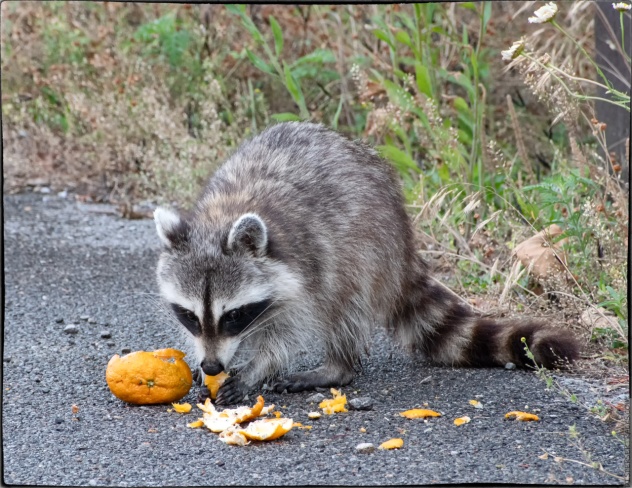 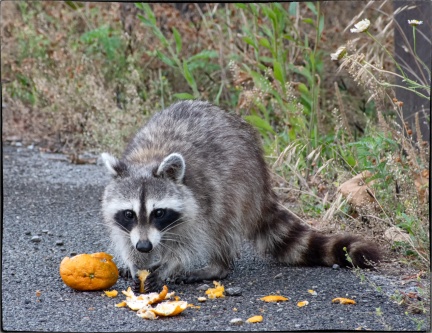 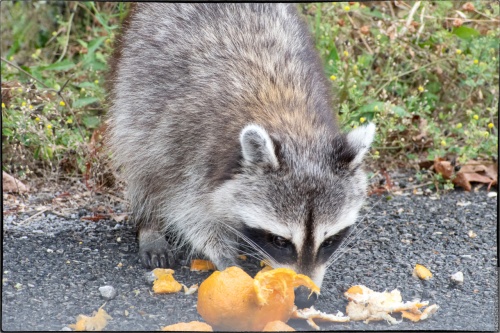 I know some (mighty few) people miss my long posts . . . but, if you are one of the few, there are many posts worth revisiting. THIS POST from 2015, for example. It might be especially appreciated by them experiencing a hot summer (and something you might not appreciate right now if you’re on the bottom part of the world).
That’s it. This post has ended . . . except for the stuff below.