The polls for the”K” Stories are now closed. Soon, the “L” Stories will go live.

You can check the “K” Stories voting results HERE.<<Link Since few will click on the link, here they are. 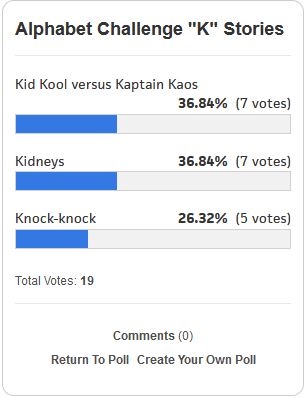 Kid Kool versus Kaptain Kaos: That would be Gary. He gets 2.5 points for the first-place tie.

Kidneys: That would be Perry. He gets 2.5 points for the first-place tie.

Knock-knock: That would be me. I get 1 point for the third-place finish.

With 19 votes cast, I consider this a good voting round.

What’s interesting about this round is that Kidneys jumped to a substantial early lead while Kid Kool versus Kaptain Kaos languished in third place for most of the voting window. It was only in the last two days that KKvKK vaulted into the lead and Kidneys added an extra vote in the last hours or so for the tie.

Honestly, I thought KKvKK would run away with it, but I obviously didn’t count on . . . well, I don’t know what happened; from Kidneys early lead to my keeping pace with Knock-Knock, to KKvKK’s dramatic and substantial surge at the tail end of the two weeks, it completely baffled me and confounded my expectations.

The scoring, as I said, was interesting and a bit strange. I would have figured a couple of votes for me, but not as many as I got. I thought Kidneys would turn some readers off. And, I thought KKvKK — as the better story — would capture the bulk of the votes.

Why knock Knock-Knock, you wonder? Honestly, I’m surprised I got any votes at all. That was literally a last-minute effort prompted by the distraction of the phone (oddly enough, by a flurry of Perry and Garry texting).

So, what are the standings?

As I mentioned at the end of the last round, this is a tight race.

After an early strong showing, I’m faltering. Perry had a slow start but put on a strong showing in the last three weeks to capture the number two spot. Gary has been steady and thus leads (something about a tortoise comes to mind).

It may come as no surprise to some that I track more than the above score. For instance . . .

I lead in both the number first and last-place finishes. Gary, the current leader, has only one last-place finish. Gary or Perry have been helped and hurt by the three ties. Meaning, without the ties, the standings would be very different. 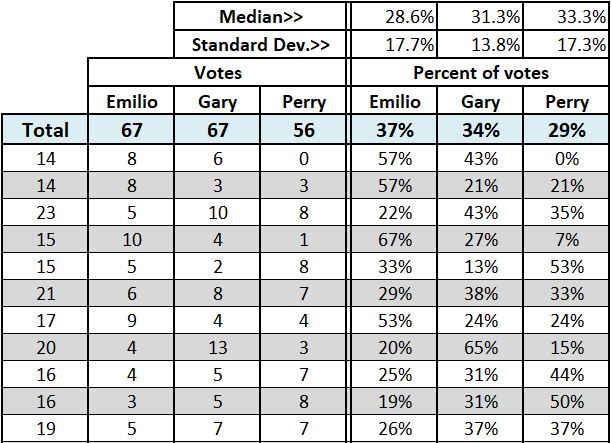 For me, this means that I tend to do either very well or very bad, reflected both in the place finishes of mostly first or last, and in the percent of people who vote for my story in a given round.

What does this mean? I have no idea. It could be we all suck as writers or are all excellent writers. Whichever it is, right now it shows we are pretty evenly matched.

. . . you can draw any conclusions you want.

Anyway, the earliest the “L” stories are likely to go live is sometimes tomorrow. Sorry about that . . . again. 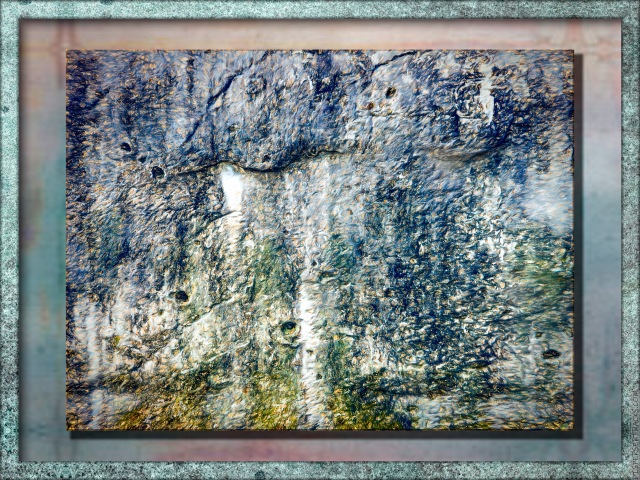 Odd guy with odd views living an odd life during odd times.
View all posts by disperser →
This entry was posted in No Category and tagged short stories, The Alphabet Challenge, writing. Bookmark the permalink.