Honest, given all that’s happening, it feels weird asking people to read and vote for one of the “Alphabet Challenge I-Stories” HERE.

I say ‘maybe’ because of all the stuff occupying people’s minds. Economy, riots, injustice, unemployment, pandemic, the breakdown of checks and balances in government, the threat of civil war, the imposition of religion by the government, and buffoons who want nothing more than for all of this to blow up and become chaos . . . how am I supposed to write fiction against this backdrop?

I mean, if someone six years ago would have described to me these conditions (including the fact we have an immature, semi-illiterate, and childish occupant in the Oval Office), I would have advised them that, as fiction, it was just too far-fetched . . . and yet, here we are.

I know dogs have an accepted 7:1 lifespan ratio to humans (depending on bred and size) so we can estimate their age in human years.

Not so for birds. Of, if there is a ration, I don’t know it. I suppose if a bird has a lifespan of two years, then the ratio is something like 40:1, or a week would be like 10 months for us.

Given this young Robin follows its mother around and is vocal about being fed or when she’s more than a few feet away, I’d say that’s about right . . . a baby. 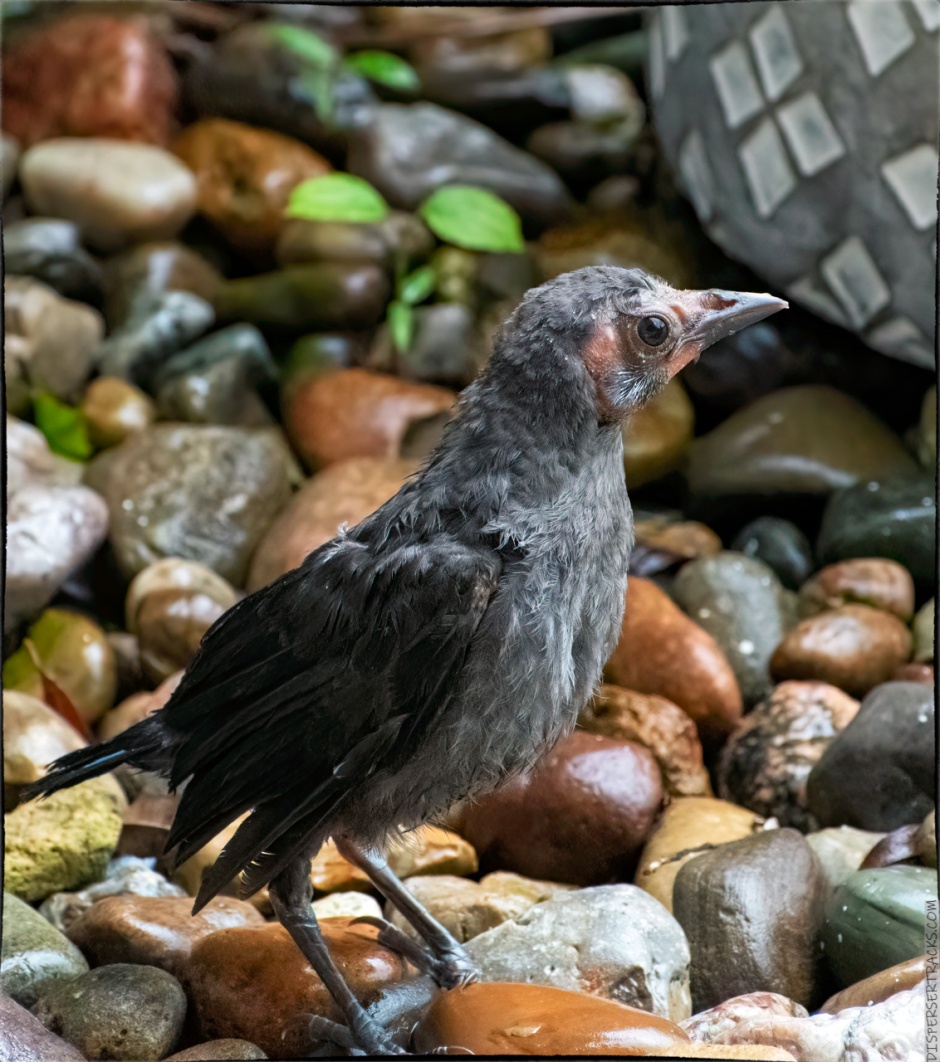 On the other hand, I’m calling this a teen Squirrel . . . and won’t go into justifying it.