Warning: this post contains a few large files that might load slowly on a slow internet connection.

To reiterate, I receive zero compensation for mentioning any of the programs I use. The reason I mention something is to either trash it or praise it.

In the case of Topaz Labs programs and plugins, it’s usually praise. 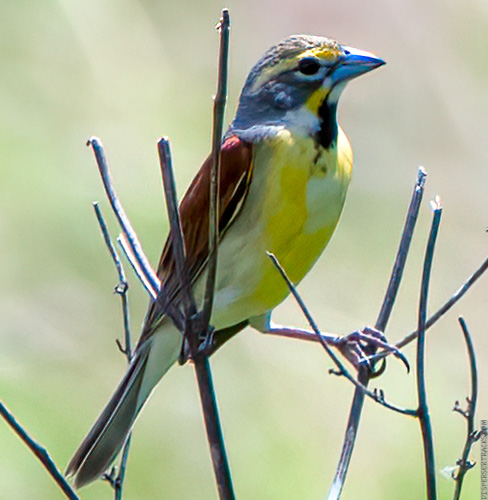 That’s a crop of a larger photo. It’s smaller than the width of the post because it’s cropped tight. It’s roughly a 490 x 500 pixels photo. I could crop tighter, but all it would do is make the picture smaller.

There is a limit to how much you can crop a photo. At some point, you reach the 1:1 ratio and additional cropping won’t get you any additional information.

I discussed cropping versus zoom in THIS POST. <<<This is a Link (For them not interested in the background, skip down to the next photo.)

To reiterate, when you crop a photo, you’re essentially doing the equivalent of a “digital zoom”. Meaning, you’re zooming and enlarging your subject. On a 20MB photo (what the D7500 shoots, you can crop and “zoom in” quite a bit (as long as the subject has enough detail, meaning the photo is clean and sharp).

For the above, the bird occupies roughly a 500×500 area of the original photo. There’s no reason to crop tighter.

BUT . . . what if you want to enlarge it? What if I want to quadruple the size of the photo?

In the olden days, there used to be a trick . . . using Photoshop or an equivalent program, you would “stretch” the original in small increments, no more than 10% at a time.

Simply put (and leaving out a lot of background stuff), you would separate the distance between two pixels such that you have space for another pixel in between them . . . but what color would you assign to the new area? Well, the program would interpolate between the original pixels. If it were numbers — say 2 and 3 — and you made room between them, you might get a new number in between, likely 2.5. It did a similar thing with colors.

Back in the day, there was a program that made a name for itself by automating the process and being smart about the interpolation (it used fractals). That increased the percentage you could enlarge a photo before it deteriorated. Even so, it was limited and the results were seldom stellar.

Skip ahead to a few years ago and Topaz Lab introduced GigaPixels (I wrote about it HERE <<<This is a Link). OK, let’s get back to the above photo.

. . . it’s larger, and it would probably look good if viewed as a large print as long as you were away from it. Looking at it up close, you’d see all the problems with it, like loss of details and fringing.

Does it mean GigaPixels AI sucks?

Nope . . . the process sucked. Specifically, I started with a photo that had already been processed, sharpened, and saved multiple times as a JPG with an 80% quality (20% compression). Meaning, data was lost; I started with a limited amount of data. 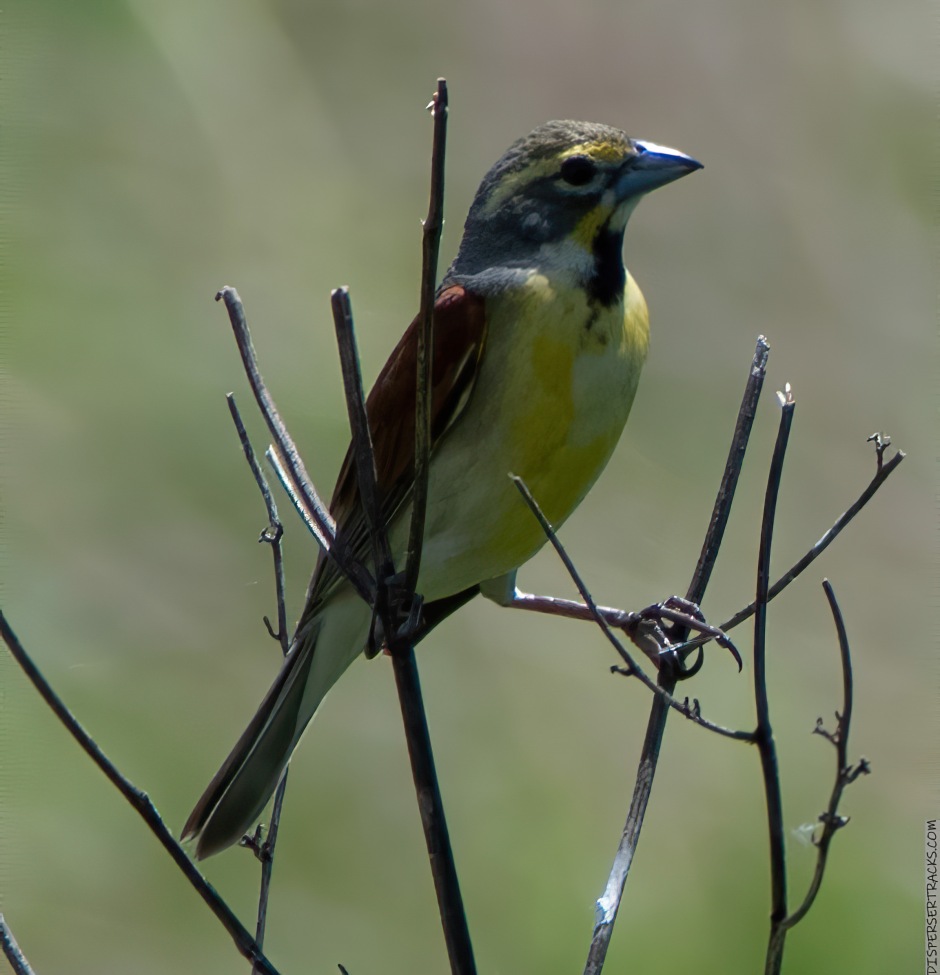 So, a few things to note. I started from a cropped photos saved as a JPG (and probably lost a bit of quality, but not much) before I did any manipulations or processing. Note that GigaPixels AI both enlarged it and cleaned up the noise and it looks pretty good despite being saved as a JPG.

Side Note: I think Topaz Gigapixel AI, Sharpen AI, and DeNoise AI use similar core programs when it comes to noise abatement. Meaning, they all have similar levels of performance when cleaning up noise in addition to whatever else they’re doing. In fact, it’s hard for me to distinguish between programs when looking just at the noise.

I can now take this photo and process it like I normally do. in fact, I can process both the small original and the 4x version and show them for comparison:

Much better results . . . and remember that this was not a great photo to begin with because of the difficulties of shooting. 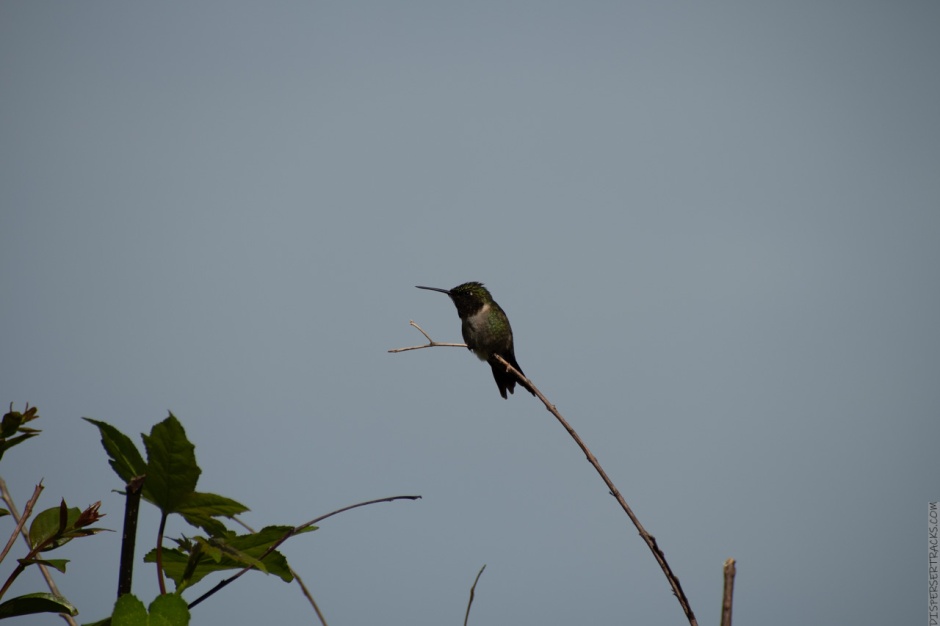 That’s essentially a digital zoom close to a 1:1 ratio. Note that it’s larger than the other bird because the subject (the hummingbird) occupies a larger portion of the original full-size photo (I was much closer).

And here are the processing for both original and enlarged version . . .

Is there a limit to GigaPixels AI? Well, this next photo is a 6X enlargement (not much processing; just a few adjustments in Lightroom) . . .

That’s almost too big to look at even on a 30″ desktop screen (definitively if looking on a pad or phone) but you could print this pretty large and have it look good. I think you could enlarge files to the point you could do a wall-size photo or larger and — depending on the quality of the original — have it look amazing.

Remember: at these levels of magnification you’re not really interested in pixel-peeping; it is really meant for presenting stuff on large screens or large prints.

If you click on the above, and then click again to zoom in, and then step back five or six feet from the screen, you’ll see what I mean (especially if using the full screen).

Again, I’m sharing this because the results are — to my eyes — pretty durn good. Way ahead of what I could do a few years ago.

Of course, I don’t print in large format anymore, so there’s that. The usefulness to me now is being able to share a large version of a small subject without losing much in detail or quality.

Same for stuff that is very small and lacking in detail; if you snap a photo of a plane in the sky that’s flying at 30,000 feet and it looks like a speck on your photo, when you enlarge it, you won’t see a beautiful picture of a plane; you’ll just see a larger speck because the program can’t “invent” details it doesn’t have.