Eggs and birds updates and “I” stories voting reminder

I realize everyone is rushing out and hugging each other and coughing in each other’s faces, but when you come back in to your shelter, here’s something you could do:  read the “I” Stories submissions. After, if receptive to the idea, the writers hope you’ll make the effort and vote for your favorite of the “Alphabet Challenge I-Stories” HERE. 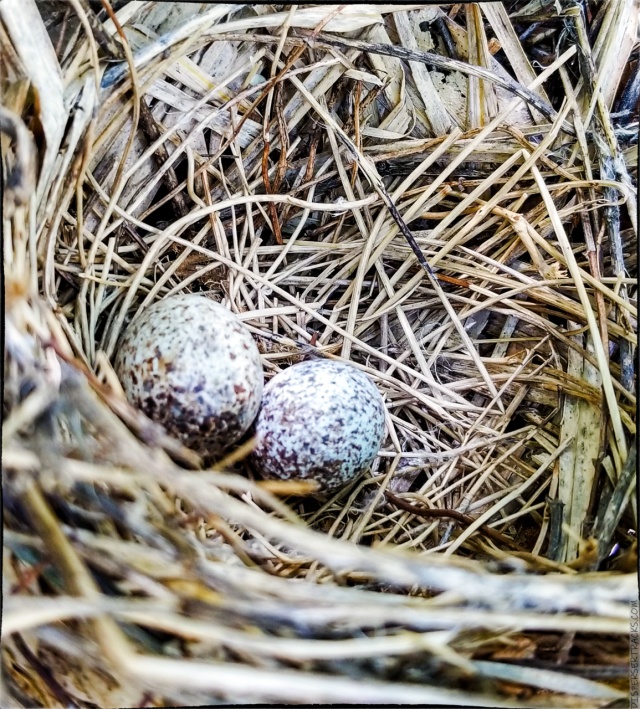 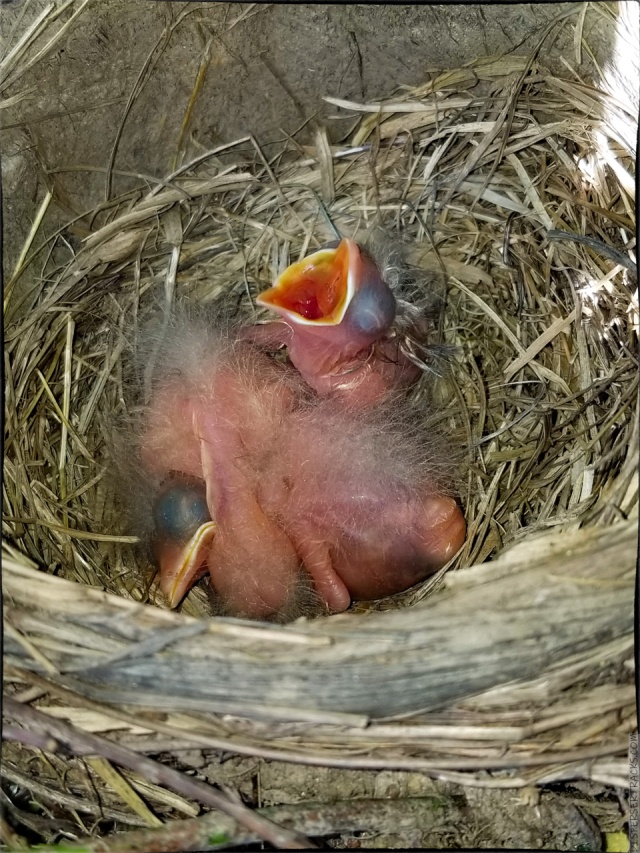 Robin’s nest (yes, there are three in there) 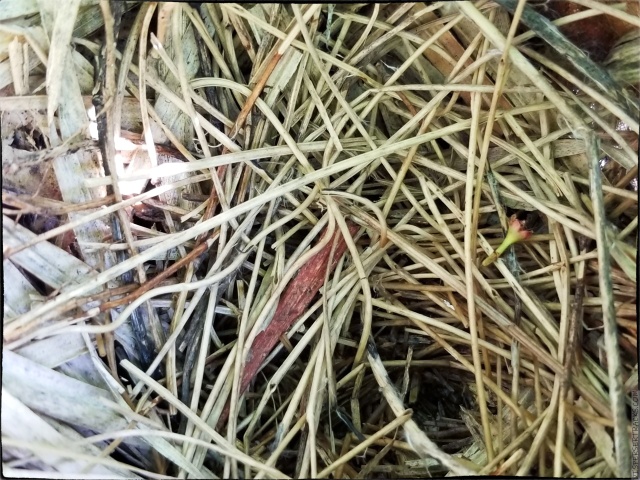 Note the nest is not as carefully woven and constructed. I theorize something — likely, Grackles, but it could have been any number of birds — got to the chicks. Cardinal chicks have a surprisingly low survival rate . . . 15%. (HERE <<This is a link)

Luckily, just around the corner, the Robin’s brood was doing fine: 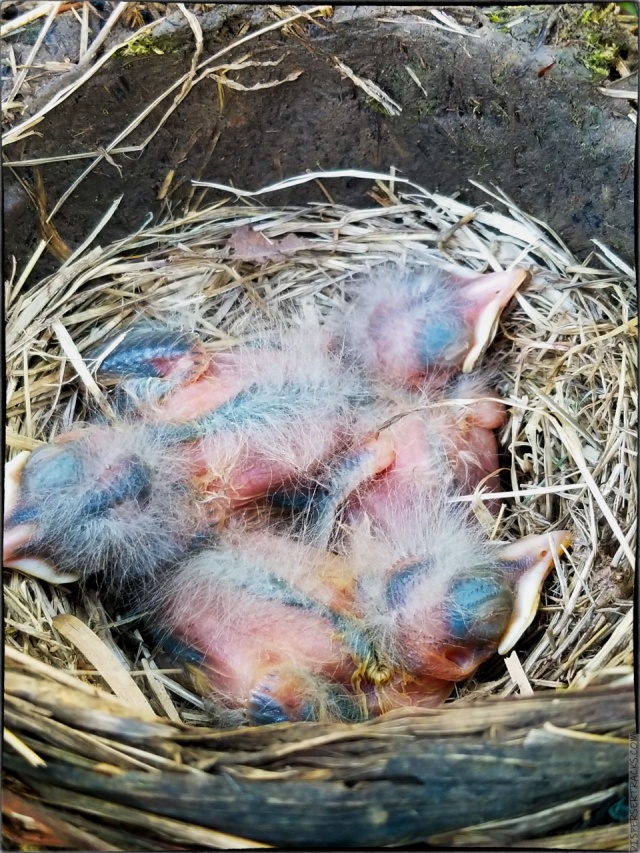 Here’s a gallery of their progress through today: 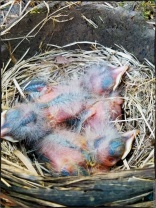 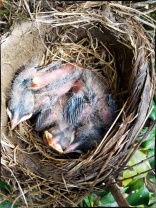 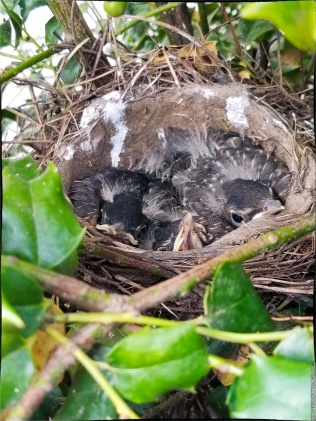 I expect they will fledge soon, but worry because there are a few cats patrolling the yards. I don’t understand why people leave their cats outside. That’s one thing I liked about Colorado; people who let their cats outside (or small dogs) soon learn cats make excellent meals for larger predators.

I’ve had otherwise smart people say ignorant stuff like “it’s nature” when informed of the damage cats do to native bird populations, especially songbirds who tend to nest lower to the ground (like Song sparrows).

If there’s one thing I can’t abide or excuse are pet owners who fail to control their pets . . . or children, for that matter.

Anyway, let me get off that soapbox as I’ve never been able to make any headway with people who are ignorant, selfish, and plain malignant.

Side note: if you are one of them pet owners who let their cats outdoors . . . well, what can I say other than what I’ve already said? Not much. I could repeat it in Italian but I can guarantee it would be even more strongly worded, and include words like disgraziati, coglioni, fiati di cani, e stronzi. What? No, those are the mild ones; this is a PG-rated blog, after all.