A few weeks ago, on an unusually warm day, I drove to Crab Orchard Lake Refuge in the hopes of finding a few birds to photograph. I mean, I’ve not seen all that many birds there, but it’s supposed to be a bird sanctuary . . . maybe someone should tell the birds.

As luck would have it, an eagle was hanging around near where I drove.

Hanging around is a colloquialism. It was perched, as you can see. You might notice all the technobabble writing under the photo. That’s my way of saying that it wasn’t close to where I parked. 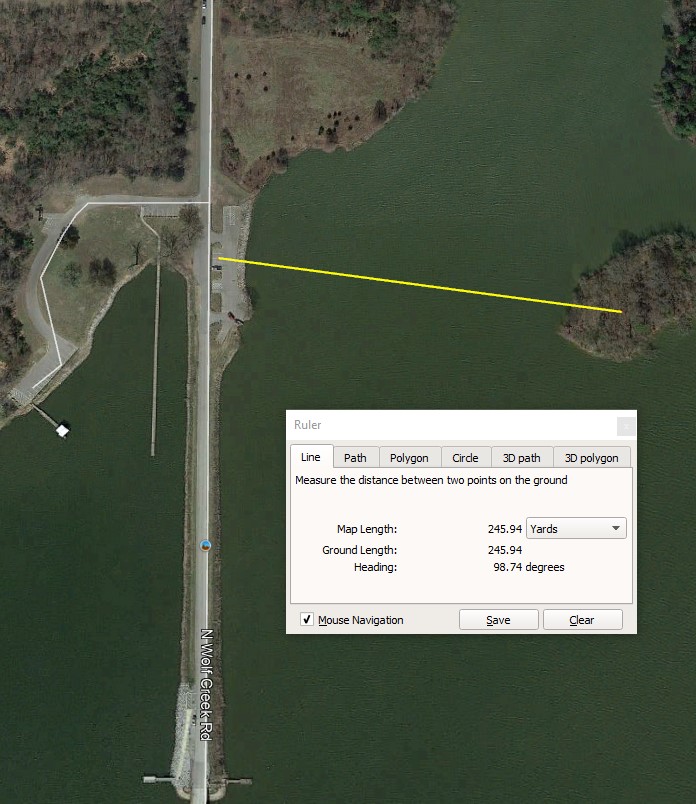 The location on the parking lot is pretty accurate since it’s where I parked and I stayed in the car. The other end is an approximation. It could have been 235 yards, or 255 yards. Either way, a long way away.

But, I can bring it closer.

BUT . . . before I do, a quick reminder to vote for one of the stories in the “A” Alphabet Challenge Submissions. You can vote HERE and there are links to each of the stories in that post. I realize it’s a huge time commitment (around 30 minutes reading time if you have to read aloud, a tad less if you read them quietly), but you have a whole month to read them before the voting closes. Not that I suggest procrastinating. The opposite, in fact. Get to it now! Chop, chop. And tell all your friends.

Assuming you’ve already read them (and voted) let me go on . . .

As I was saying, I can bring that bird closer. This is near a 100% crop of the above photo.

I have many programs I can use to edit files and the next photo is me trying out things.

Really, there’s not much of a difference but I like the details of the second version so I processed all the remaining photos using similar processing.

By the way, you can click on that photo — and all the photos — for a larger version. I didn’t bother with a SmugMug gallery because the photos aren’t suited for pixel-peeping.

One other thing; I have Topaz GigaPixels that I could use to enlarge the photo even more. There’s a limit, of course, and for this venue, I’d say this is about as large as I would go. 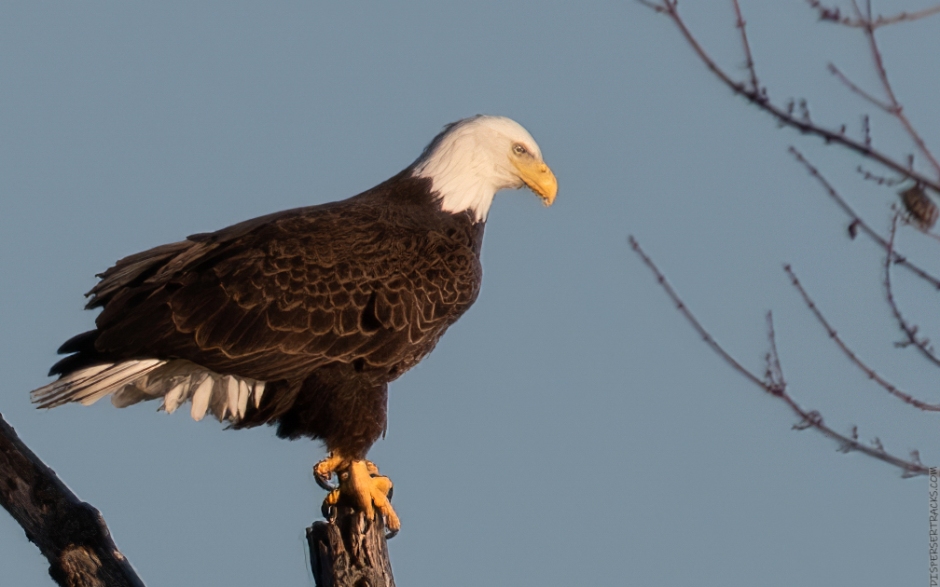 But, no, I didn’t bother doing that for all the photos.

Although I sat there keeping an eye on the bird, I missed both times that he took off because I got distracted by other shiny stuff. So, most of my photos look like these.

But, I did catch him doing something else . . .

These aren’t award-winning by any stretch of the imagination, but let me remind you what the photo as-snapped looks like.

I mentioned I was getting distracted by shiny things . . . 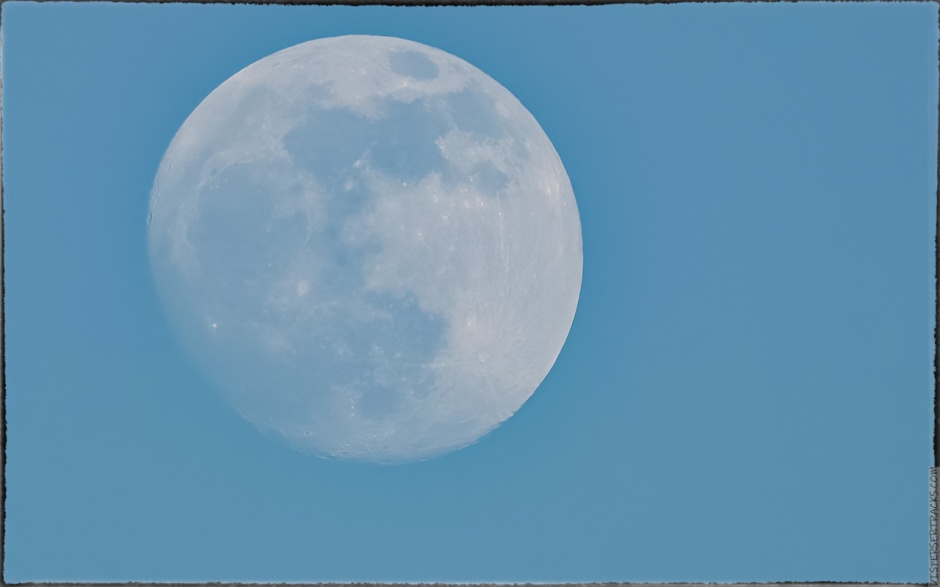 Heck, I’m impressed the bird is in focus.

I did try shooting other birds, but with mixed results. 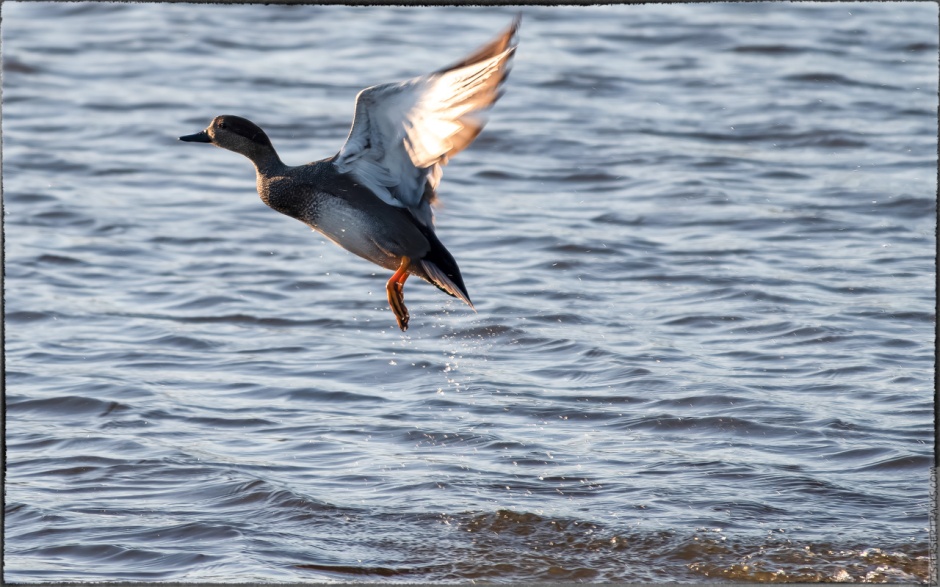 I’d like to make one other comment before I close this post . . . I had my P900 with me (2000mm zoom) but these photos are a tad better than what I got from the P900. Mind you, had I shot more photos with the P900, some would have been excellent, but still, it’s something I argued before. I like the P900, but the lack of a large sensor hurts and it’s not a forgiving camera at maximum zoom. I mean, I still like it, but the D7500 with a 600mm eq. lens gives me consistently better results.

This is the best I could do with the same amount of effort I put into editing the photos above. I could probably tweak more out of them but I’d have to spend more time than I want on doing so.

So, yes, I can zoom closer with the P900, but I get better results using GigaPixels to enlarge a smaller photo.

That’s not to say the P900 is a slouch. If I ever get my behind in gear and finish documenting the 2017 Alaska cruise and the 2019 Panama cruise, you’ll see the P900 does an admirable job — and often, an excellent job — in most situations. 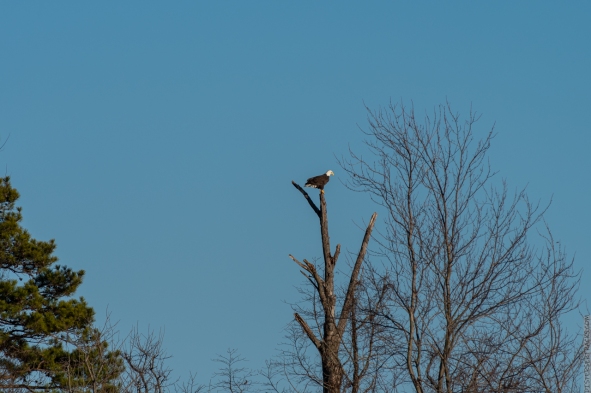 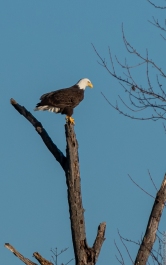 Lightroom plus a crap-load of other programs. 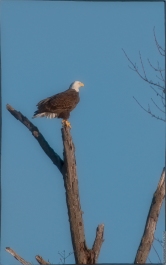 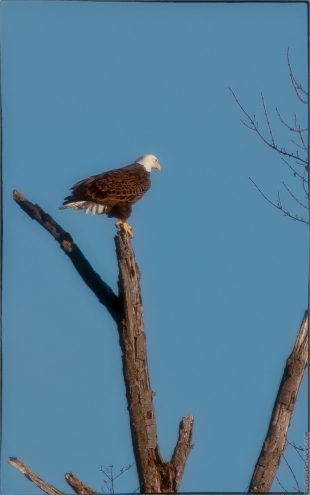 Let me get to a more comfortable perch. 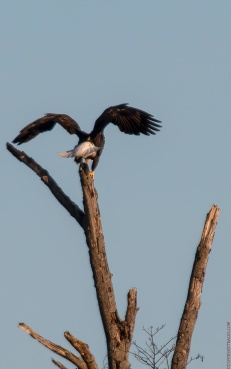 Nope! Not any better. 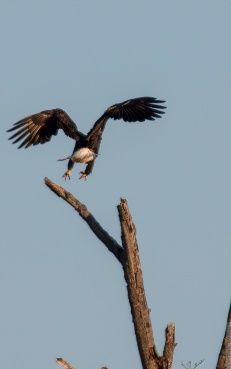 Let me try this other uncomfortable-looking perch.

Okay, I guess this will work. Let me moon the photographer while I’m here. 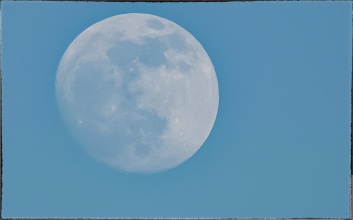 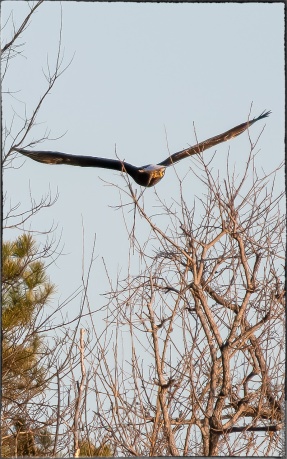 Just couldn’t get enough detail out of this photo.

This looks to be sharper, but it was looking away.