Twenty-three visitors viewed the 1500 words challenge post but only two voted. I mean, I get it; it was a holiday. An eating holiday, at that. In retrospect, that wasn’t what one might call good timing. Same for today; people immersed in a spending frenzy aren’t likely to spend their break reading stories and pondering on the relative merits of the narratives before casting a vote.

Still, them Readers Awards won’t mean much if there are no actual readers voting. So, if you can muster the physical and mental energy for it, please read the short stories and cast your vote before noon, December 4th.

At 1,500 words, reading each story should take no more than seven minutes to read and I realize that’s a huge time commitment in these days of near-instant gratification.

Today’s post is about an old hawk. Not age-wise old; photo old, as in 2012. This was a rare capture for me; a hawk who dropped from above onto a random spot in the snow. I missed the actual moment, but I have the aftermath . . .

All photos are cropped from larger originals. For instance, this is the original of the above . . .

I wanted to test out Topaz Sharpen AI some more, so I processed all the photos using Sharpen AI and Adjust AI. (NOTE: Topaz Lab is having their Black Friday sale of all their AI modules and Studio 2. I don’t get anything for providing the link, but in case anyone is interested, HERE.)

Anyway, Sharpen AI lightens the photo for reason I don’t yet know and to which I don’t object.

You can see how much I cropped the photo. I could have pushed it a bit more but that’s about the 100% view of the photo.

Adjust AI — as mentioned a couple of posts ago — does a good job processing the photos . . . so that’s what I used. These are my favorite two photos of the series . . .

I can’t force you, but you might want to click on those; you get to see a larger version.

Here’s the gallery of all the photos from that series: 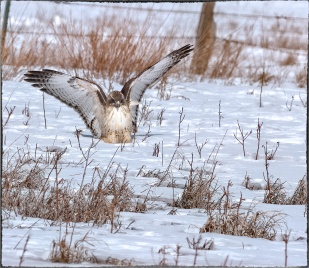 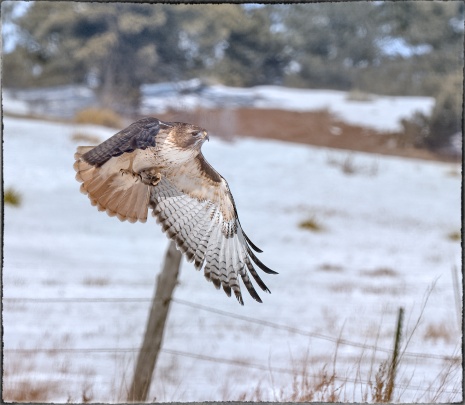 Why would I grab some old photos to process?

First, because I like them. Second, because I wanted to see what my current processing tools could do.

Here’s a gallery of the photos that were originally shared contrasted with the newly processed versions: 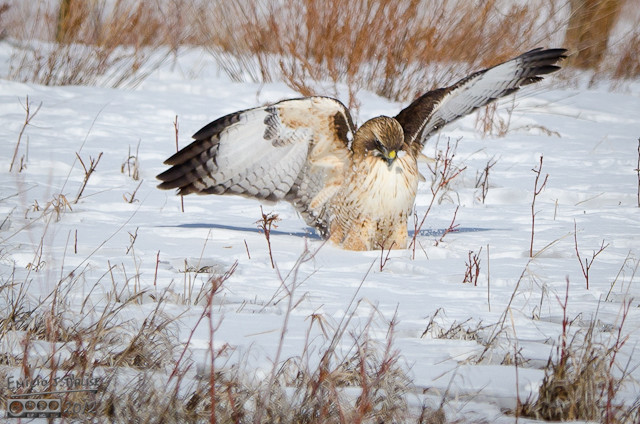 Whatever it is, it’s still struggling

OK . . . things under control, and it’s time to find a good spot where to eat

Unfortunately he flew a long way away . . . I missed the meal part 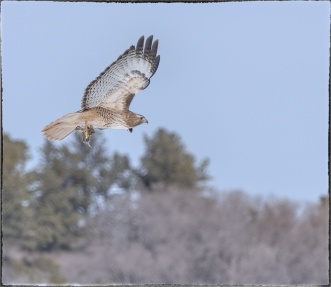 The comparison is not always fair because of the different cropping and the size differences in the posted photos back then and now.

The captions are from the original post, and while the crops aren’t the same, you can see the processing differences.

By the way, February 2012 was a prolific month as far as photos go. For example, here’s a gallery of the other hawks from that same post . . .

Could I get lucky two times in the span of ten minutes? 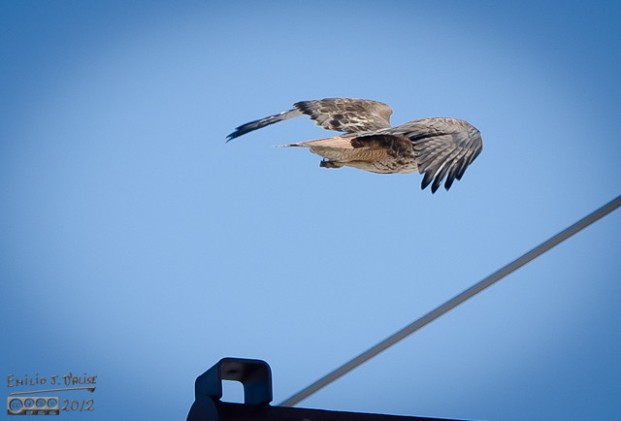 Taking off against a stiff breeze 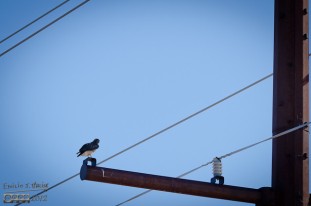 And, just because it’s a day of excess (Black Friday and all) here’s a gallery sampling other photos from February 2012 . . .

Just a few more, and it’ll be a complete bloom

The Fence, The Snow, and The Mound 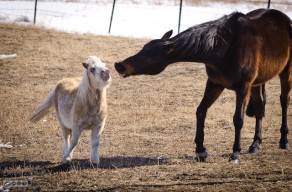 . . . including our first Indian Paintbrush.

Another closeup of the Bluebeard Shrub flower . . . or what remains. 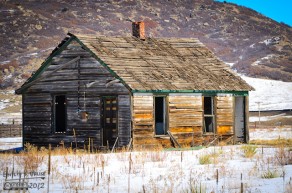 Edited to add this photo . . . because I like the setting 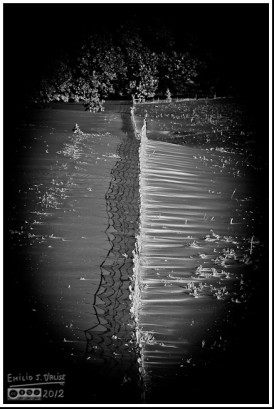 More of the fence in B&W 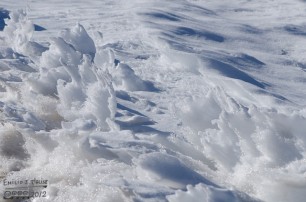 The battle zone; me against a difficult subject to shoot

Jewels along the road

The third bud working to become a flower 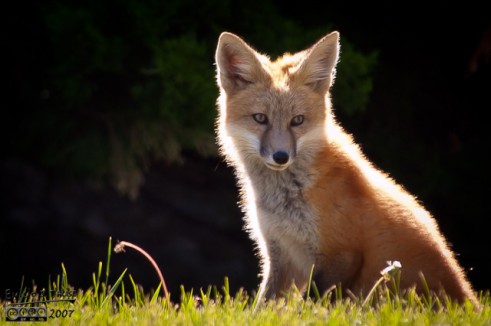 The Grumman Tigercat is another sleek-looking plane.

The fence in B&W 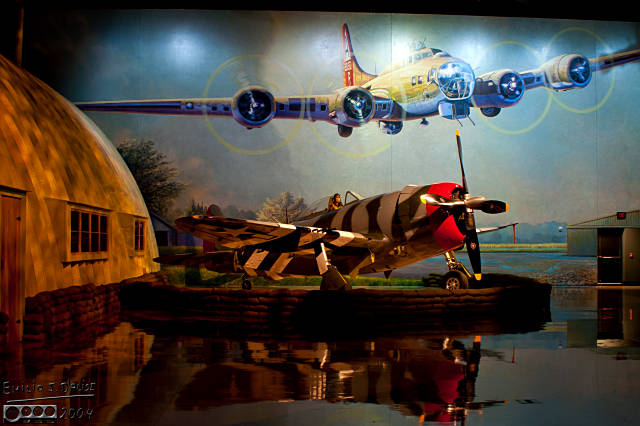 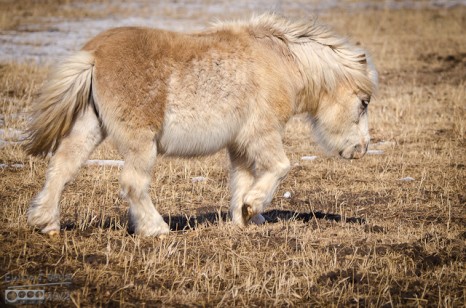 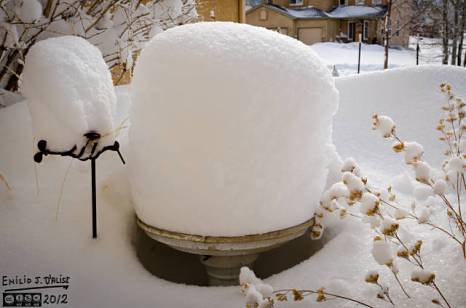 Just like the last snowstorm, the birdbath looks like a giant cake. A frosted cake . . . I slay me sometimes. 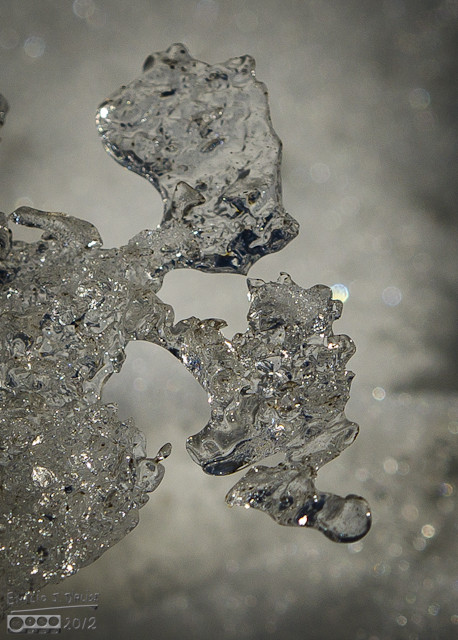 A kid with bad hair trying to kiss a cat 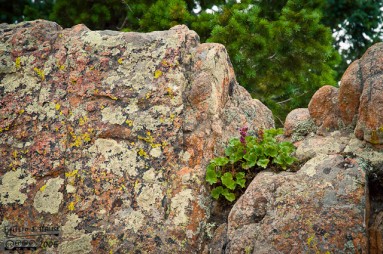 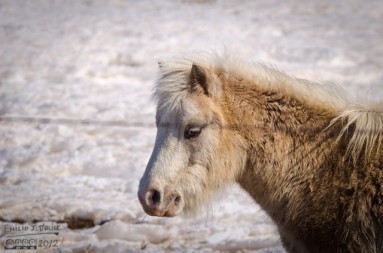 Eventually they made it to the fence, and I got a few shots . . . unfortunately, the little guy was too short to clear the fence and give me a clean shot. Still, not bad.

Obviously, not all shot in February 2012, but published that month, and this is just a small sample. Where did I find the time to process all them photos?