Quick Note: My typical reader either doesn’t care about this stuff or they already know it, so who are these posts for? Well, they are for a tiny portion of humanity; they are for people who just developed (developed; get it? . . . nevermind) an interest in photography and stuff relating to photography. Also, people who are photography enthusiasts and are looking for information on software that might interest them. Finally, they are for my benefit. Everyone else . . . sorry.

With that in mind, if you just landed here from a search and are so inclined, click HERE for Part 1.

I’ll step back for a moment . . . all the way back to THIS post. The post was prompted by my HDR failures in THIS post covering our passage through Tracy Arms during our 2012 Alaska Cruise.

Them be a lot of links and most people won’t click on them but, no worries. I’m here to cover the gist of all that.

You see, encountering difficult scenes during the 2012 Alaska Cruise, I made an effort to bracket exposure for scenes I deemed it might be useful doing so. The whole transit through Tracy Arms was plagued by contrasty scenes; bright reflective water, dark and steep shorelines, and bright cloudy skies behind the steep shorelines; all of the shots I took were bracketed as were many other shots during that cruise.

That’s why, on the last post, there are a couple of examples from that cruise; it’s because I have many, many bracketed shots from that cruise. I’m talking multiple hundreds. The plan was a good one . . . except for a few minor flaws.

1) I had planned on using the tripod . . . but the ship is an active platform. It rocks, bobs, bends and twists.
2) The ship is a moving platform; meaning, my position relative to the scene changed from one shot to the next because the ship is usually going someplace.
3) Bonus: when anchored it’s (relatively) stable but never still.

If this doesn’t make sense to you, go back and read the explanation — with examples — in the last post).

Oh, what the heck . . . here’s a three-shot burst example from the cruise:

The middle shots is what the camera metered for the settings I used (and that’s dependent on both where I aim it and on what metering method I choose; I typically use Center Weighted but will cycle between Matrix and Spot as needed).

If I’d not been bracketing, I would have taken a single exposure closer to the first one since it’s easier to recover shadows than blown highlights. You introduce noise, but at least you can still see details and there are tools for handling noise.

Here’s what Aurora does with those three shots.

Except, I didn’t have Aurora HDR back then and whenever I tried to merge the three shots with the tools I had (Photoshop), I ended up with ghosts due to misaligned photos. Also, the tonal mapping (for them not sure what that is, it’s what makes the photo looks somewhat realistic . . . or not) was difficult to pin down and tweak into something unobjectionable.

All those sets of photos I had taken? Useless. Luckily, as we’ll see in the next post, I kept them all. I mean, not completely useless; for my posts about the cruise, I would choose one of the three and process them to my liking (with lots of compromises along the way). For them new to this blog, the cruise was documented in these posts.

When I got back from that cruise I got my tripod and went on a photoshoot specifically to braket shots and learn to merge them into a composite HDR. You can read and see the results in the post I linked at the beginning (HERE, in case you’re too lazy to go back and click on links).

In theory, given a stationary platform and a tripod-mounted camera, I should have sets of perfectly aligned photos I could then merge without the worry of ghosts or other artifacts. and all I’d have to worry about would be the tonal mapping.

Those shots have a typical HDR look but, to be fair, that had more to do with me trying HDR looks than the limitation of the software.

Here are the original photos I used to generate the above: 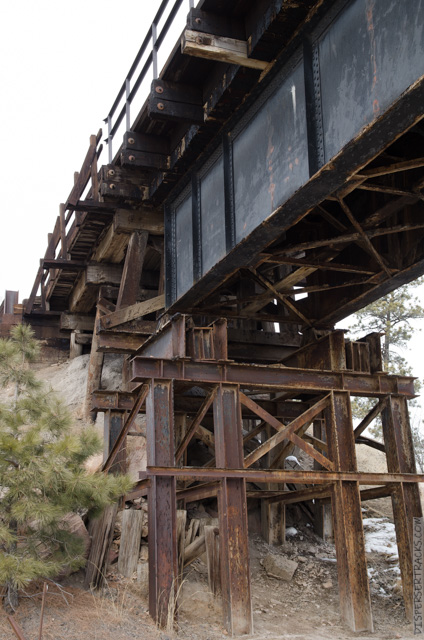 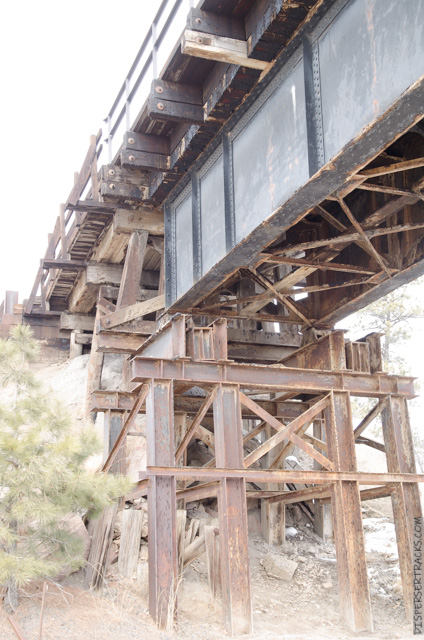 In contrast, here’s a gallery of the output from Aurora HDR using those same three photos: 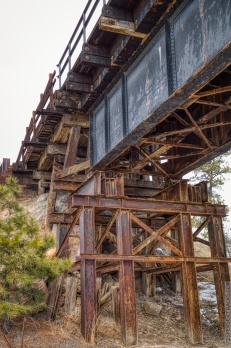 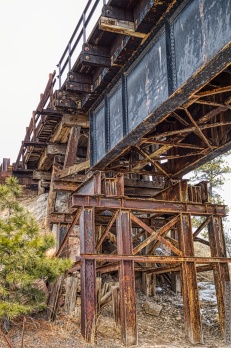 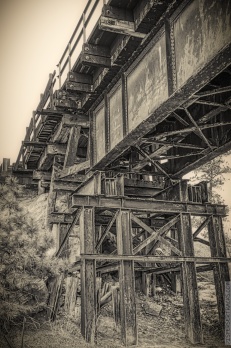 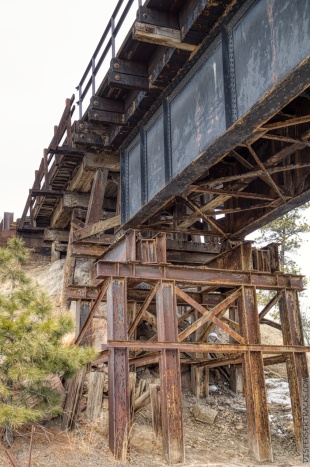 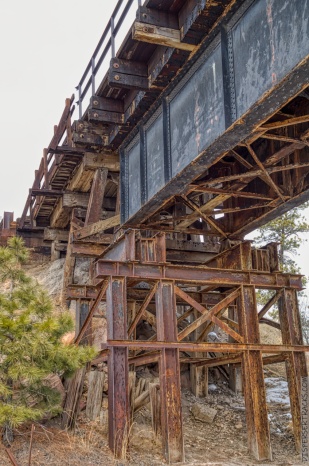 Some of those are canned looks and some are my own tweaks to the default HDR rendering by Aurora.

Here’s the thing . . . back in 2013, getting decent HDR exports took some doing, be it in Photoshop or HDR express. Even now, Photoshop is not user-friendly when it comes to HDR. Also, looking up suggested values for blending and tonal mapping results in a wide array of options that all look . . . fake.

So, rather than trying for realistic processing, I concentrated more on the far end of the HDR spectrum. The results I got back then were OK and only of interest because of their “different look”.

In contrast, I like all of the Aurora HDR exports. Some are obviously HDR, but others are pretty good and could pass for a regular (non-HDR photo).

Side note: you can achieve close to HDR by extensive editing of a single digital or film capture. By extensive, I mean going into specific areas of the photos and dodge and burn to bring out more detail and expand the dynamic range of the photo (limited by how carefully you metered the scene). Ansel Adams worked with B&W film and using his Zone System, essentially did an analog version of HDR by exposing for the brightest part of the scene and then controlling the development of the film. Note that it’s much harder doing that with color film. HERE is a brief explanation. These days, most phone cameras by default apply some level of HDR processing to ensure you get something close to a decent photo (so that you don’t have to post-process it unless you want a different look).

Side note 2: one of the reasons I like the Note 8 is that it has the option of saving the RAW file; in theory, I could do my own processing of the phone’s RAW file, something I regularly do with my DSLR photos. In practice, phone photos are (for me) just snapshots and the on-phone processing does a good job on its own. If interested, I discuss this very issue in THIS post about the same capability for my now-defunct Note II and I include examples. For the 2017 Alaska Cruise I shot almost exclusively with the option to save the RAW files so I have lots of Samsung Note II phone photos I can test Aurora on. The opening photo is one such photo. Note that the so-called “RAW” phone files are actually JPG files which my then-HDR software didn’t handle. Aurora had no problem using them.I’ll probably explore that aspect in its own post.

Here are another set of three unprocessed photos from that shoot: 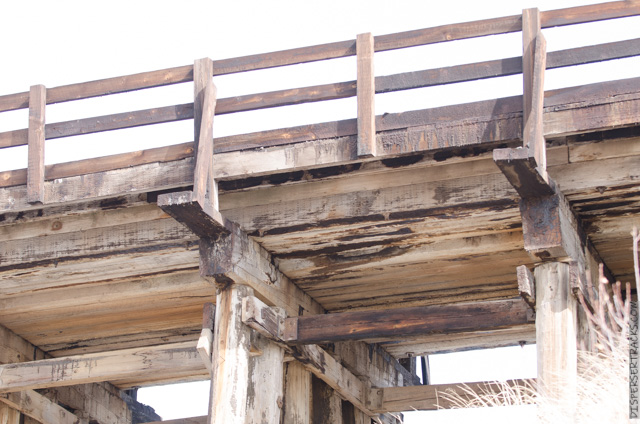 Again, I would typically take one shot (in this case, the middle one) and post-process it to my liking.

Here’s a gallery with four different post-processing options from Aurora all from those three shots:

Once again, much better than I could do on my own.

I’ll close this post with different outputs based on these three bracketed shots (right next to the trestle I was shooting).

This next gallery are the HDR I created back in 2013 using Photoshop and HDR Express: 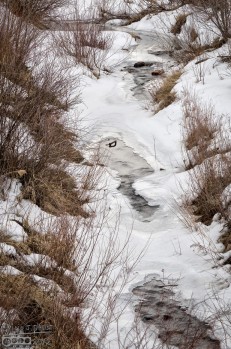 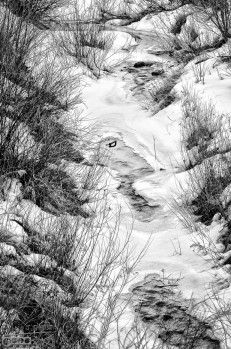 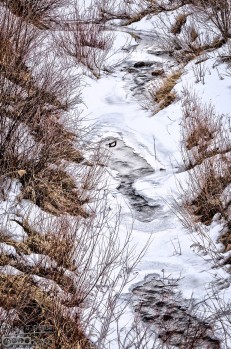 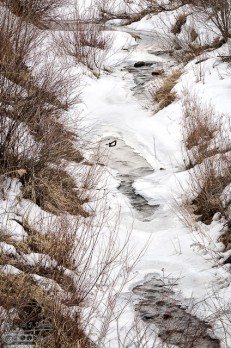 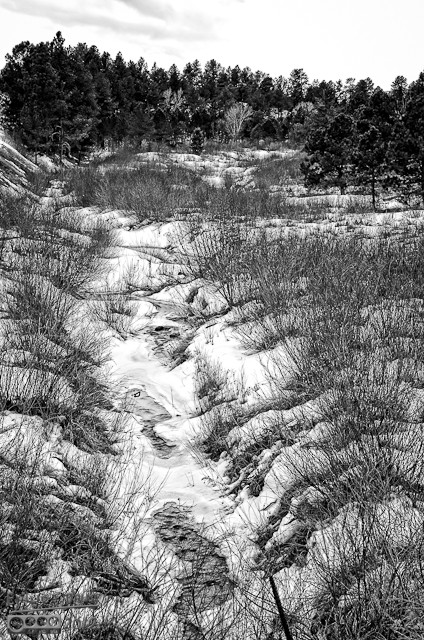 Most of those were output from HDR Express . . . a program I still have and seldom use.

Here’s the gallery of Aurora HDR variations I processed yesterday: 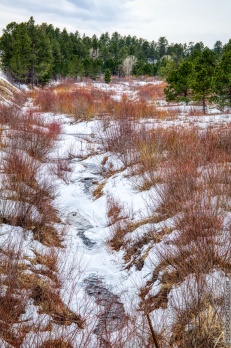 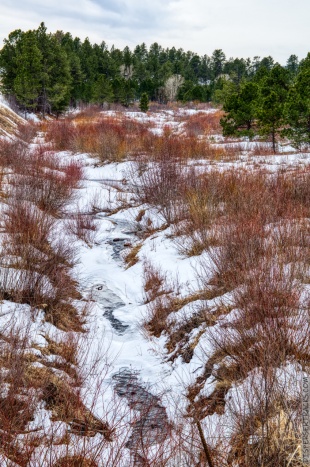 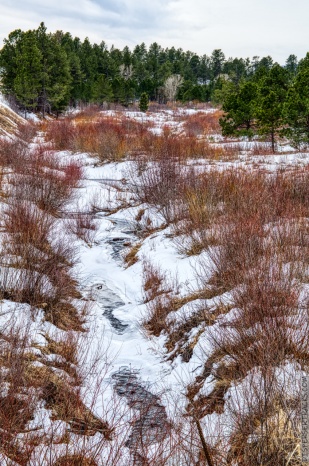 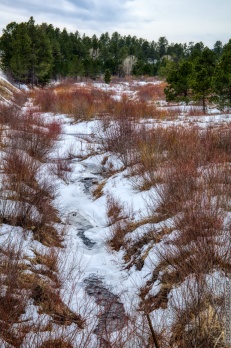 Some are only subtly different from the others; those are me trying out minor tweaks like sharpening and structure to see what they do. The differences are more evident in the full-size photos (I’ll eventually dump everything in a SmugMug gallery).

Note: this points to one of the (self-inflicted) difficulties in photo-processing and why I often present multiple versions of a single photo; it’s because some quality of one version might not be reflected in other versions but I like both, individually. If I took the time, I might achieve all the qualities I like onto a single photo but I don’t even know if that’s possible and life is too short for that kind of effort (plus, it’s easier to show two different versions even if not optimal for the reader).

You can see the program doesn’t go crazy when it comes to processing single photos. I think it does help the photos both look better and show a bit more dynamic range and details. Not as much as might be available with bracketed shots, but not bad.