Keep in mind — as your eyes defocus and your mind wanders — this set of 14 photos would normally be offered with 83 other photos. Meaning, there would be something else to look at besides the same dragonfly.

That said, it is a nice-looking dragonfly.

Some of these offerings really shine in larger versions. You can click on the above and a larger version will open up in a new tab or windows, but to see all the details, one should go to SmugMug.

Don’t worry; I know that for the majority, the version on this post are sufficient. I only offer up those options for a couple (literally) of people.

That said, not all of these photos are worth examining in detail. Some are only offered for the pose or to show specific details. I’ll give you a heads up on which ones are worth viewing larger.

For instance, the above photo is nice, but this next (similar) shot shows more detail and has the whole dragonfly in focus.

If you want to see details of the eyes and face, these next shots are for you.

This next photo shows a decent profile, including the facial hairs (apparently, dragonflies don’t have razors).

I think this next photo is a “cool” shot. Meaning, interesting for the pose but with the bonus that you can also see the composition of the eyes. 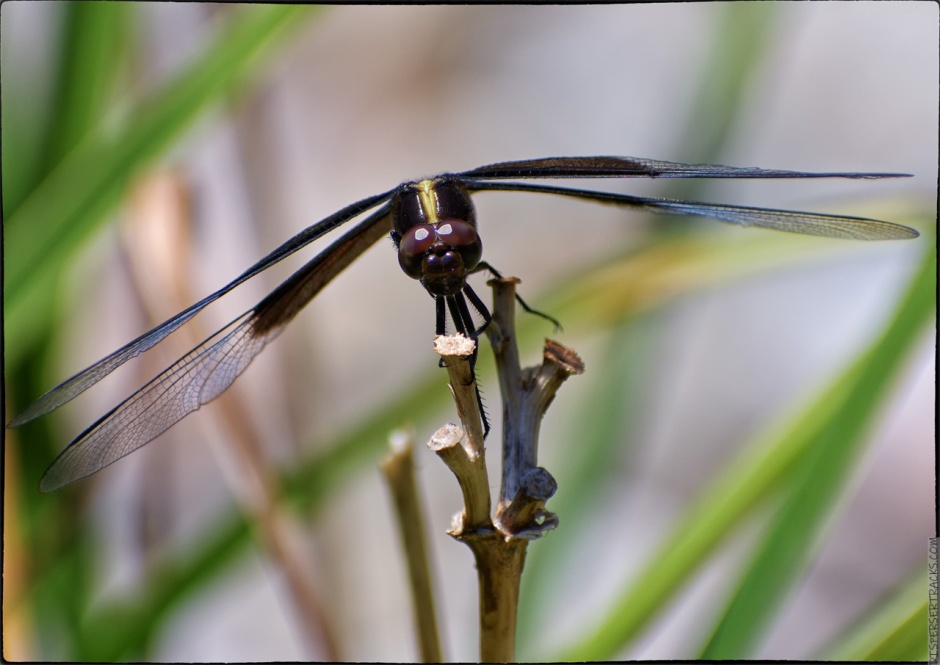 These next four shots are nearly identical and show mostly facial and forelimb features.

So does this next shot and of the five, it’s the one worth viewing in a larger format.

These next shots (presented slightly out of order) show the structure of the wings attachments. The first has a bit of blur, the second is a bit dark, the third is not as sharp as I might like, and the last is the photo worth clicking on. 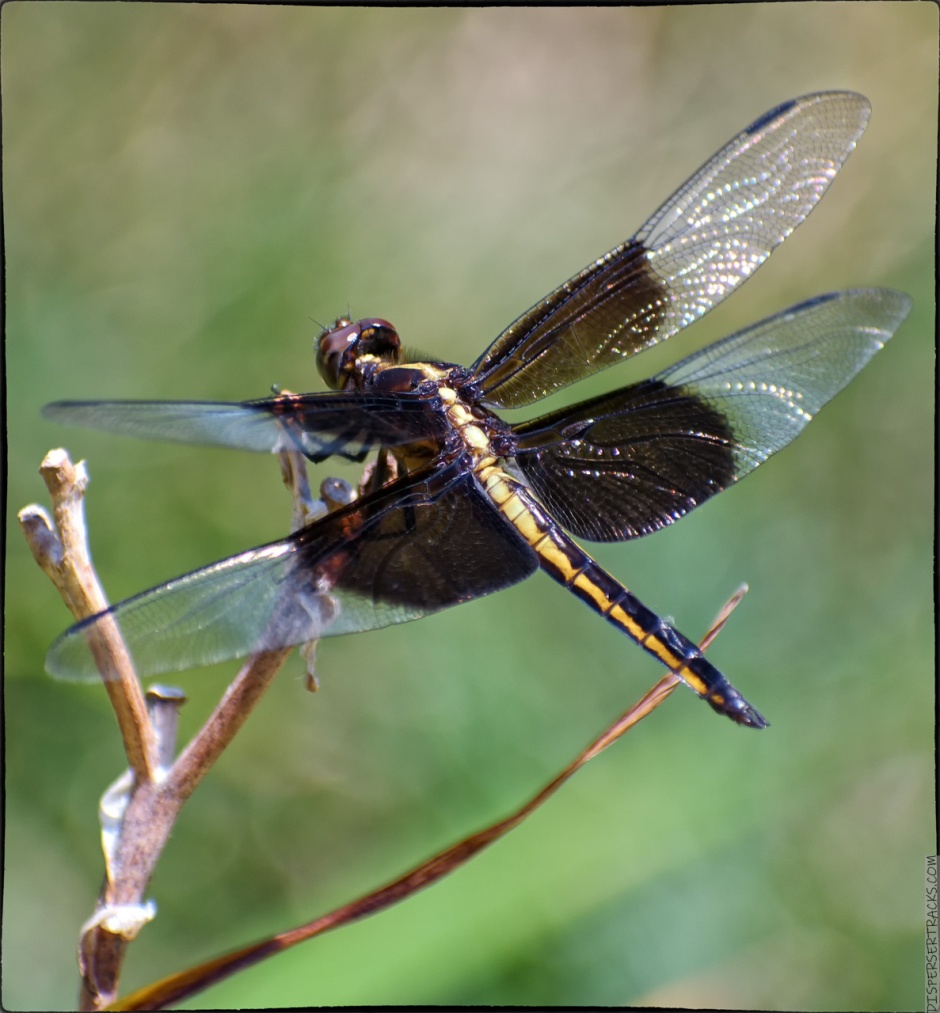 Why show all them others photos if only a few are worth examining? Because I have them. Or, to prove I’m not a good photographer. Or, to see if people are paying attention. Or, because I’m weird like that. Or, to chase away all but the most serious followers of the blog (currently, about six).

And now, the part of my posts that readers love (I kid).

What are my deep thoughts today?

Right and wrong. I’m not talking about moral issues or morality (although this applies to those realms).

Nope; I’m referring to right and wrong as in correct and incorrect, true and false, . I was (am) a big fan of Isaac Asimov and he said something that resonated with me because he voiced something I intuitively knew. Side note: isn’t it amazing how we admire things, people, and ideas we agree with or like?

Mind you, I’m only writing this because few will click on the link and fewer still will read the article given that there are no pictures and it has a lot of words.

The basic concept is this: unlike what self-proclaimed social justice warriors and many politicians and religious leaders believe, absolutely wrong to absolutely right spans a wide spectrum that encompasses many criteria and special cases.

Side Note: it’s sad that Asimov referenced Flat Earth in his example and here we are 30 years later witnessing a growing number of idiots promoting the idea.

The idea of a spectrum and of special cases is important. Let me give you an example:

Young Earth Creationists believe the Earth is between 6,000 and 10,000 years old. There are others who believe ancient civilizations existed on Earth millions of years ago (HERE‘s an example).

Current scientific and archeological evidence puts humans coming into existence (as a species) around 300,000 years ago.

Here’s what I want to point out . . . actual scientific hypothesis and theories have multiple overlapping lines of evidence supporting the central idea. That’s not to say they are exact; it could be tomorrow we discover something that will move that 300, 000 years needle. Perhaps it’s actually 350,000 years or 400,000 years.

But it won’t be millions of years. And it can never be less than what we already estimate (sorry Young Earthers).

What the ancient civilizations proponents and the Young Earthers have in common is the belief that if they could find one piece of evidence that doesn’t fit into current theories and understanding of the history of the world, the theories must come crashing down and be replaced by some (their) idiotic idea. An idiotic idea that is already refuted by a literal mountain of existing evidence.

Doesn’t that seem nuts to you? I ask because it does to me.

Side note: I’m asked to be respectful of religious beliefs but it’s more and more difficult respecting people who see faith as a virtue even when it goes against hard evidence. For instance, if you are a believer, you buy into the idea modern humans are descendants from one incestuous family and then another incestuous family. Also, you ignore all of the DNA evidence we have establishing humanity’s lineage from an area far from where the most recent incestuous family is said to come from. But, that’s another story for another time.

Unfortunately, this kind of thinking has fallen by the wayside. I mean the idea of a spectrum spanning the extremes of right and wrong. These days we’re asked to choose what are presented as absolute truths regarding things that are questionable if not outright unknowable.

Disclaimer: I don’t hold myself as being always right. The only high horse I ride is the one that accepts the possibility of being wrong and is open to convincing evidence. Note, all those are loaded words; “convincing” is only so if one is honestly evaluating evidence or following logical arguments to reasonable conclusions.

Hey, if you made it all the way here, you deserve a flower. 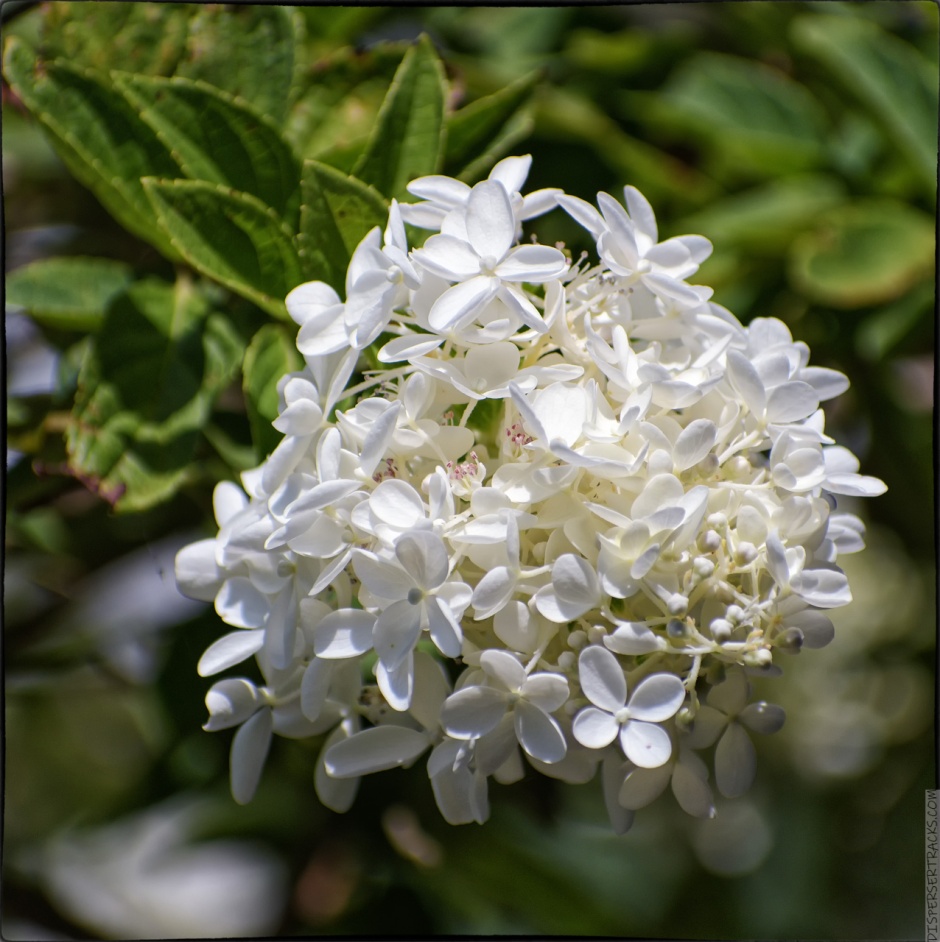 I’ve been learning the names of the flowers and plants in our yard. That there is Giuseppe.

The next post in this series will have a more diverse offering . . . and no dragonflies.

Hope you enjoyed that quick break. 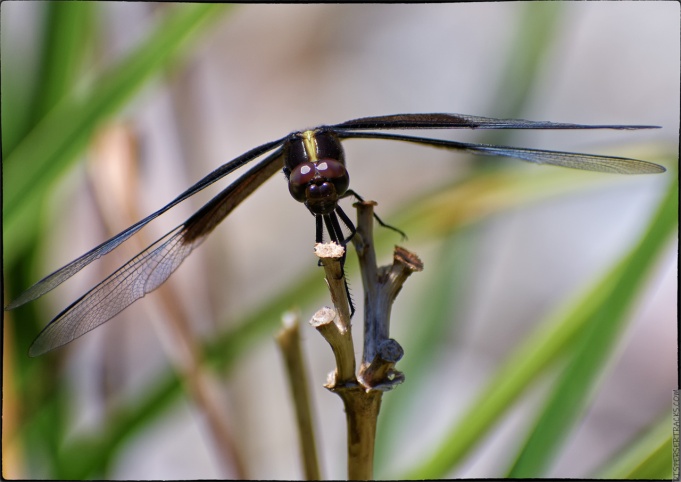 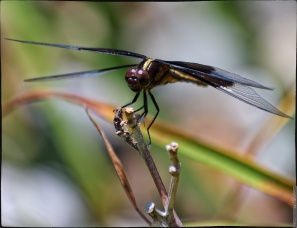 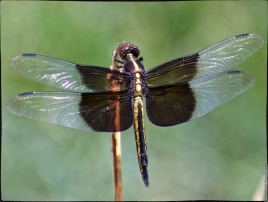 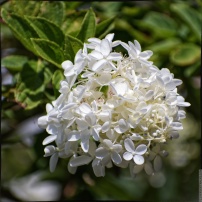