A rainy day in June 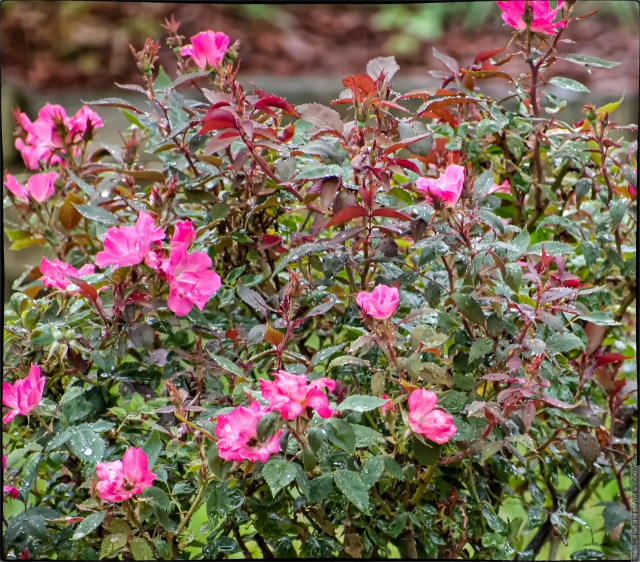 Before I post the photos, a music video to help pass the time:

In between actual rain falling, I shot a few sight . . .

But, what I was waiting for was the opportunity to capture a drop of water . . . 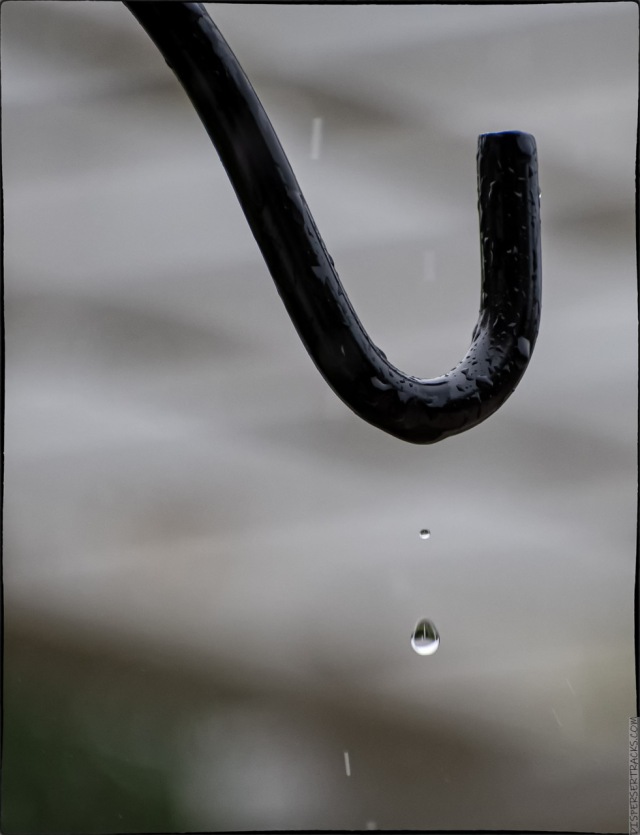 Thi is one of the advantages of the D7500 . . . the frame rate combined with a generous buffer.

What I mean is that as quick as my reflexes are, I’m not fast enough to catch a raindrop in midair if I wait for it to fall. Gravity, my friends, accelerates that drop without any consideration for my reflexes.

Instead, I start shooting a second or two before it looks like the drop is about to fall and I just hold down the shutter release . . . that shutter sounds like a machine gun and before I know it Ihave 10-20 photos. One of them is the above and the rest I get rid of.

Except, I noticed something. On the next drop to fall, I saved both the shot of the drop falling and of the drop just before it separated from the shepard’s hook.

Did you notice something? Here, let me help you.

Here’s a drop falling from the lattice and making a splash on water on the launger. 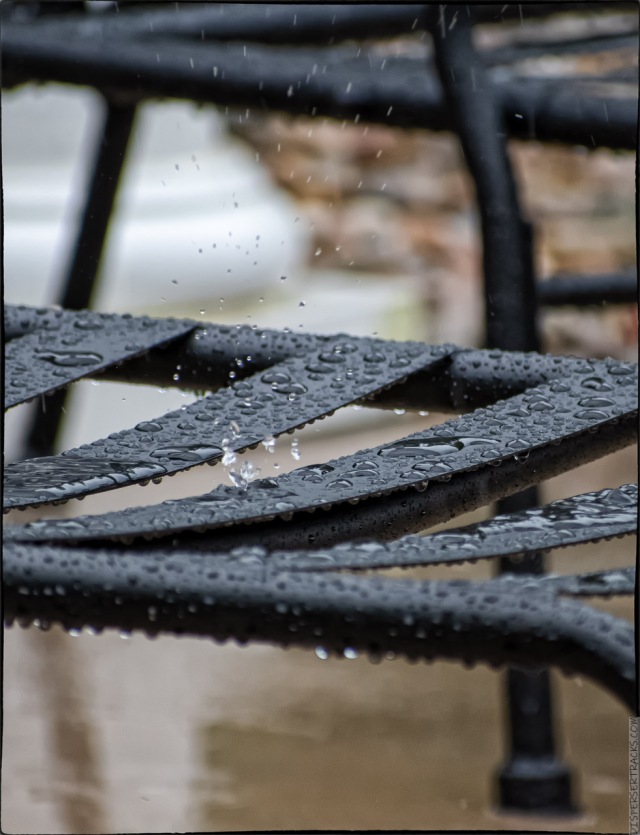 What do you think of this?

The intuitive thing to think is that those are falling drops . . . except that there are holes under them.

What’s up with that, then?

So, when  drop hits the water, it makes a crater.  I wasn’t lucky to capture a good one but the typical shape created when it hits is that of a crown, something that can be seen in these photos . . . 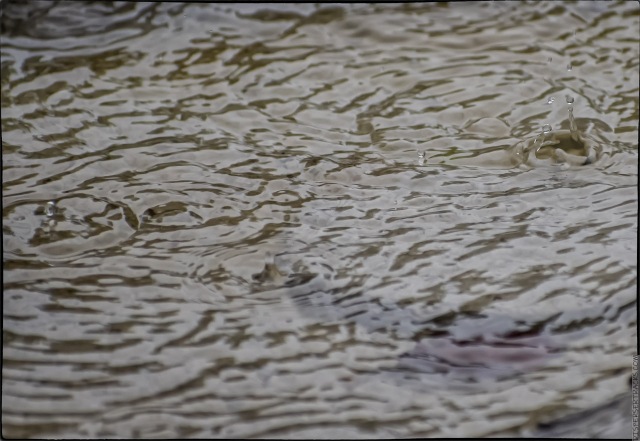 You can see it a bit better here, along with what happens next . . .

The water that is displaced rushes back in “closing” the crater, but in the process, it pushes some of the water up, forming a column. 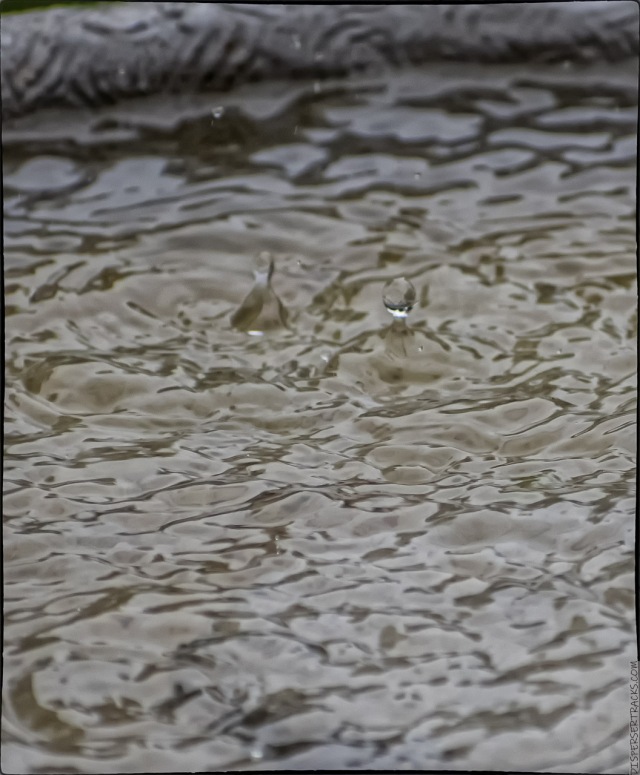 What happens next is a guess on my part but it sounds plausible and since few people are ever curious enough to double-check what they read, I’ll go ahead and guess.

The next photo illustrates what happens next . . . the colums drops and forms another hole while the sphere is still in the process of raising (or right at the apex) and it thus looks like it’s hovering above the water . . . which it is . . . but a tiny moment in time.

Most people rarely bother observing the world around them. Or, if they do, they like making up crap that sounds more exciting than surface tension and simple physics.

Here are a few more shots of drops hitting the water surface and the immediate aftermath.

And so ends my foray into wet photography . . . at least for now.

You can click on any of the photos for a larger version. Also, here’s a gallery of the above photos presented in random order. 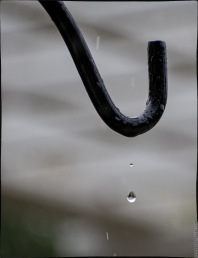 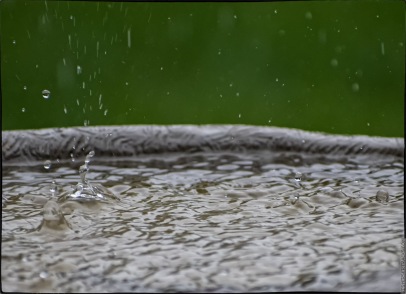 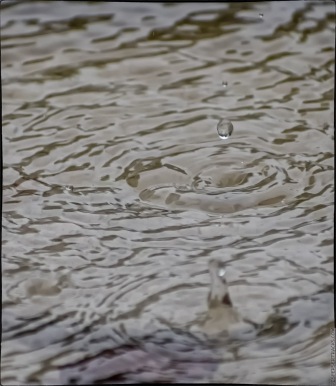 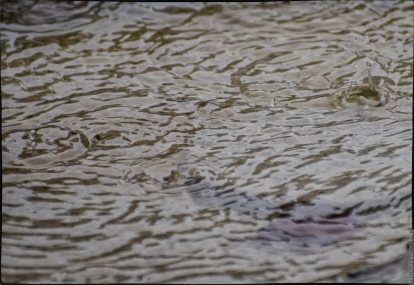 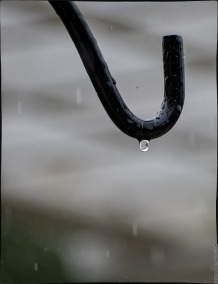 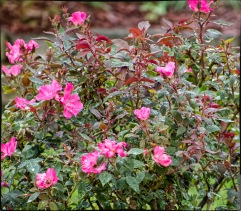 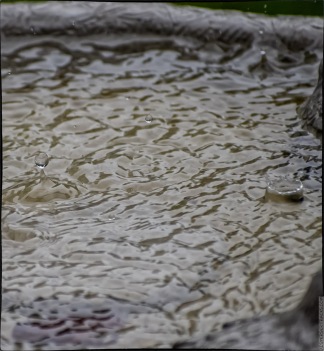 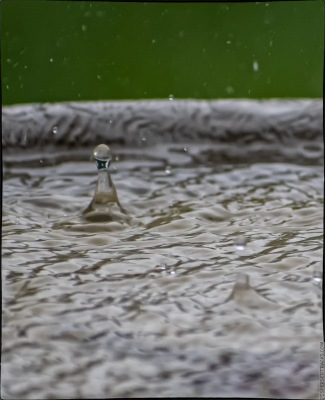 11 Responses to A rainy day in June