This is primarily about photography. Also, many photos are full-size and will load slow. Did you read that? It’s a warning that it could load slow. So, don’t tell me about it; I already know. If you’re not interested about photography, watch this video and then go look elsewhere for something that interests you more.

Clicking on an image below will open the image in a new window. Depending on the image, they might be large. If your cursor shows a (+) sign after the image opens, you can click to see the image at its maximum resolution.

Them who’ve been stubborn enough to keep with me as I discuss the various choices I face as I contemplate changes to my photo equipment have heard me say the following:

Let’s, first of all, agree that I’m someone who likes shooting long zooms. A lot of my hawks photos (HERE) were taken with zoom lenses. In fact, most of the bird shots I take (with the exception of a few of the hummingbirds photos) are with zoom lenses (HERE).

Mind you, I also do macros and landscapes but I’m partial to long zoom lenses. I recognize that’s different from many photographers. Great photographers, serious photographers; they think nothing of dropping a thousand dollars (or more) on a 50mm prime lenses. Or, buying a $2,000 camera that comes with a fixed 35mm lens.

They, you see, are creating photographic art. They are so far beyond my abilities that I’m not allowed to even mention their names. Well, OK, I don’t know their names, but they are out there, buying Z7s and Alphas 7s and other expensive cameras and planning to shot portraits and street photography and whatnot.

That’s not me, Bob. I like the idea of photographing a gnat sitting on the ass of a fly that’s sitting on the nose of a water buffalo that’s 137 yards away. You know, if I were somewhere with water buffaloes and if gnats sat on the posteriors of flies.

With that in mind, let me throw out a couple of ideas . . . first, when you crop a photo, you’re essentially “zooming” into the scene or “zooming” in on a subject. I call this the equivalent of Digital Zoom.

Think of Digital Zoom as you looking at something and then getting closer to get a better looky-look. Note, whatever you’re looking at is not changing. It looks as good or as crappy as it always has but you getting closer will be able to see more of the details or lack thereof.

For instance, take this original photo:

. . . I can do the equivalent of “looking closer” by cropping an area of interest:

Note that cropping both enlarges the local detail but also makes the file smaller. I could use Topaz GigaPixel and try to enlarge the file . . .

As good as the program is (an example later) it can only work with what’s there and, in this case, there’s not much there (it’s a P900 photo cropped really tight).

Contrast the above to actually “zooming” in with the lens (optical zoom) still from the P900:

Cropping that image should be able to give me a better “digital zoom” . . . 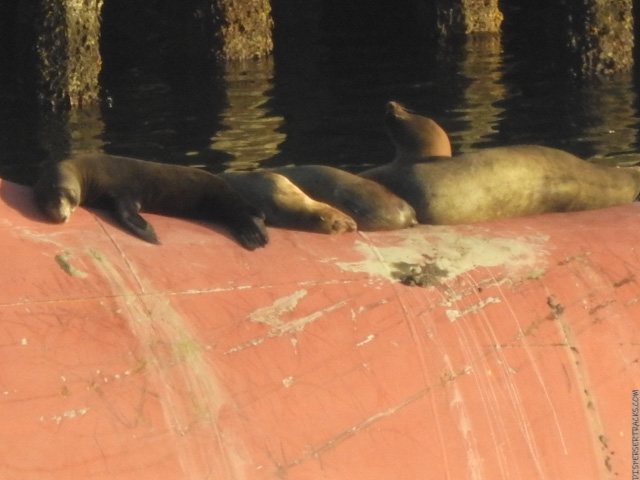 So, here’s the end result: That last shot was at 2,000mm zoom and by cropping it I’m effectively increased the zoom . . . but, unlike optical zoom, I didn’t gather any more information; I just made the photo larger and whatever imperfections or lack of details were present in the original just got magnified.

This is a P900 (16MP camera) photo of lily pads poking out of the water roughly 50 feet from where I’m standing. The zoom is approximately 1400mm.

That is the full-size photo right out of the camera. Click on it and it will open in another tab and you can zoom in and out. It’s only 1.5MB because I compressed a bit.

Do you notice something? Yup . . . lots more detail. Let me crop that photo to roughly the equivalent frame of the P900 shot.

Here’s a gallery of the three photos: 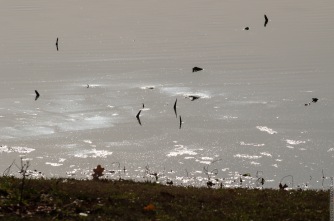 And here’s a gallery showing the area of interest (P900 original and the two cropped photos duplicating the view): 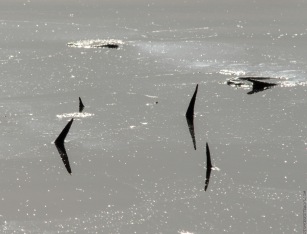 We can argue the merits of each photo but for illustration purposes, I’ve just demonstrated I can get the equivalent of 1400mm zoom from both the D200 and the D7000 with lenses that have nowhere near the zoom of the P900. Yes, the files will be smaller than the output from the P900

In theory, the P900 photo has more information (it’s larger than either of the crops) but it’s clear it doesn’t have the resolution of the other photos. That’s because the same sensor that allows it to zoom onto incredibly distant object is too small to gather as much information as the larger sensors of the other two cameras.

Where does that relationship start to break down? Well, let’s see . . .

Here’s a crop of the original P900 photo:

You can click on those and compare the resolution. Here’s the gallery of those three cropped photos: 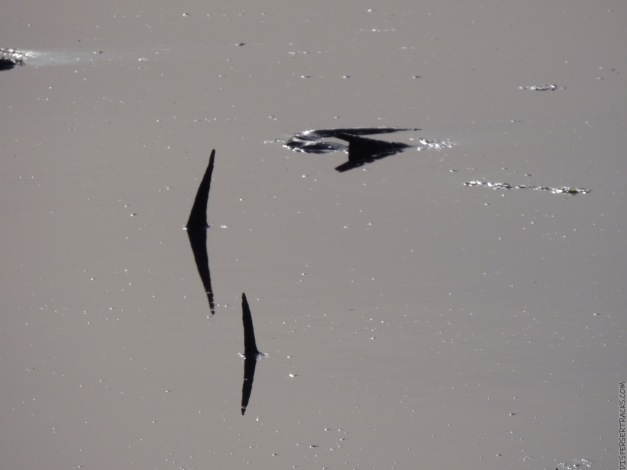 So, let’s take a look before proceeding. I would say the photos are comparable in quality but, obviously, not in size. The 350mm zoom had to be cropped more than the other photos to show the same area and it’s noticeably smaller.

Notice the D200 photo is getting a little fuzzy while the D7000 photo — with the arguably better 70-200mm lens — is still holding its own. I could probably take that small crop and enlarge it using GigaPixel and cleaning up the noise.

I might sharpen that a bit using Topaz Sharpen AI . . .

Here’s the gallery with all those: 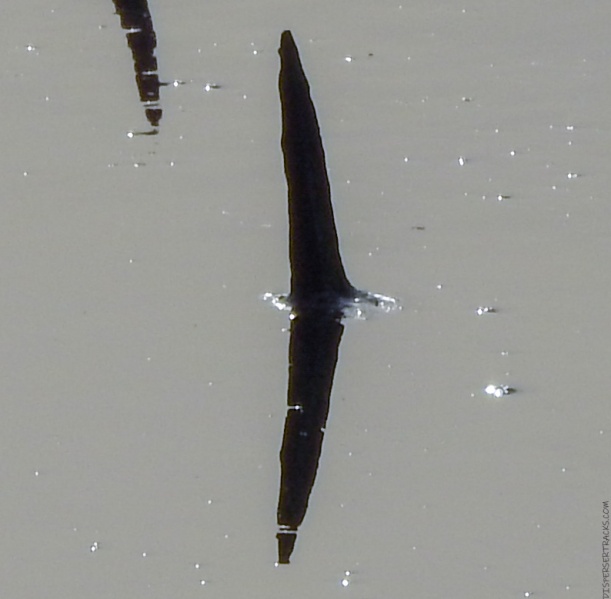 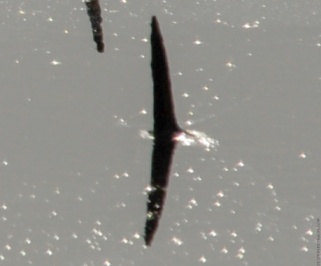 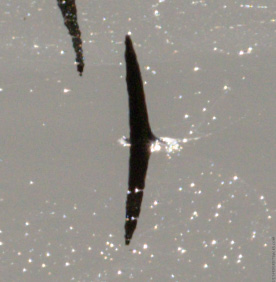 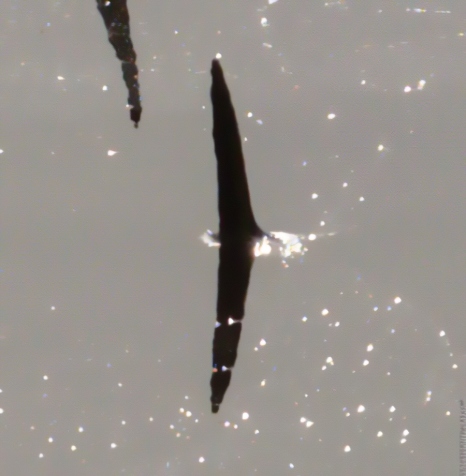 Just as a reminder, that last crop is of this photo:

Here, I should say something . . . I think those last two photos are of comparable quality and detail (meaning, not very good) but the P900 has a slight edge on the sharpness of the details and it could probably be improved some if I treated it the same as I did the D7000 photo.

I think if I were shooting a bird, I would be able to both recognize and get decent details from the D7000 crop but, obviously, not a very large photo unless I really worked at it.

I can get this usable photo of a particular detail:

And crop it to a usable photo:

It looks OK even though it’s much smaller than the full-size P900 photo.

Heck, the D200mm shot looks better at the pixel level precisely because it’s smaller and you can’t see the same noise that you can with the P900 photo viewed at 100 percent.

There is a limit on how much you can crop and still retain a blog-passable photo.

So, up to now, I’ve shown (or think I’ve shown) I could get the same amazing zoom from a DSLR and a decent lens as I could from the P1000.

Yes, yes, the moon is far, far away, but it’s a special case. Let’s look at this.

I should have taken the equivalent photo with the D200 and D7000. Sadly, I didn’t. If I had, that branch would be too small to crop and get that kind of detail. It could be that a D7200 with a 200-500mm lens might get me that equivalent shot . . . but it might have difficulties getting this shot (a crop of the above) in any usable size.

Is it a phot0 of amazing quality? No.

But it is a photo I don’t think I could have gotten with a DSLR lenses within my budget.

So, which is better. A mediocre photo or no photo at all?

I want to quickly show you something else. This is a 640 x 594 pixels photo of a pelican in Long Beach in January. 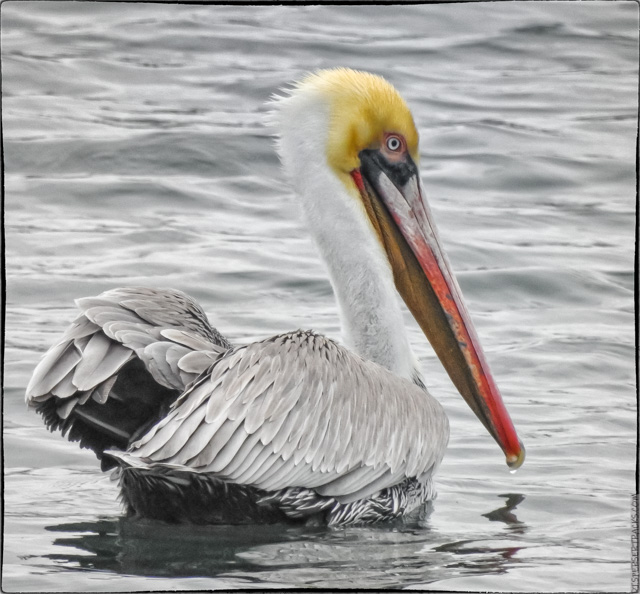 I took that already processed and sharpened and compressed photo and I enlarged it 4X using GigaPixels. Here’s the result. Go ahead and click on the photo (7.2 MB) and zoom in to see the detail. I’m impressed.

I still have a few more things to discuss, like why I’m looking to upgrade at all. To answer that question, I will show the limitation of the camera/lens combinations.

And, I promise, at the end of all this, I’ll be just as confused about what’s the best path for me to follow going forward with my photography. The only advantage to reading these posts is that anyone sticking with them will end up as confused as I am.

Disclaimer: I’m tired and half asleep. If you, dear reader, catch any errors, let me know in the comments. I’ll proof tomorrow, but for now, this is going live.