For them not interested in reading, you can go directly to the SmugMug Gallery HERE.

If you want the full experience, keep reading.

So much has happened that has gone by unnoticed. For one, I’m wearing long pants again. And, long-sleeved shirts. Heck, I’ve even worn gloves a couple of times.

All things I plan to write about and cover in individual posts. Some of the associated photos you’ve already seen if you follow my blog and were reading my posts in January.

But other stuff? Odd stuff? You haven’t seen that stuff and I’m here to catch you up.

For instance, that’s a sculpture hanging on the wall of the hotel we stayed at while in Long Beach. I’m sure it signifies something or other but I don’t care. I just think it looks neat.

This arrangement of Poinsettias (which I probably shared before) looked neat backlit by the sun shining through big glass plate windows.

Let me give you some numbers . . . numbers for January alone:

I’ve mentioned before that one of my disappointments with living in Hawaiʻi is the lack of birds. I mean, there are a lot of birds in Hawaiʻi . . . but, 98% of all the birds I see are either doves or Maynas.

Would you believe it? The whole time I was in Hawaiʻi I never saw any seagulls. Not a one.

On the other hand, in Long Beach, I saw a huge mural by Wyland. 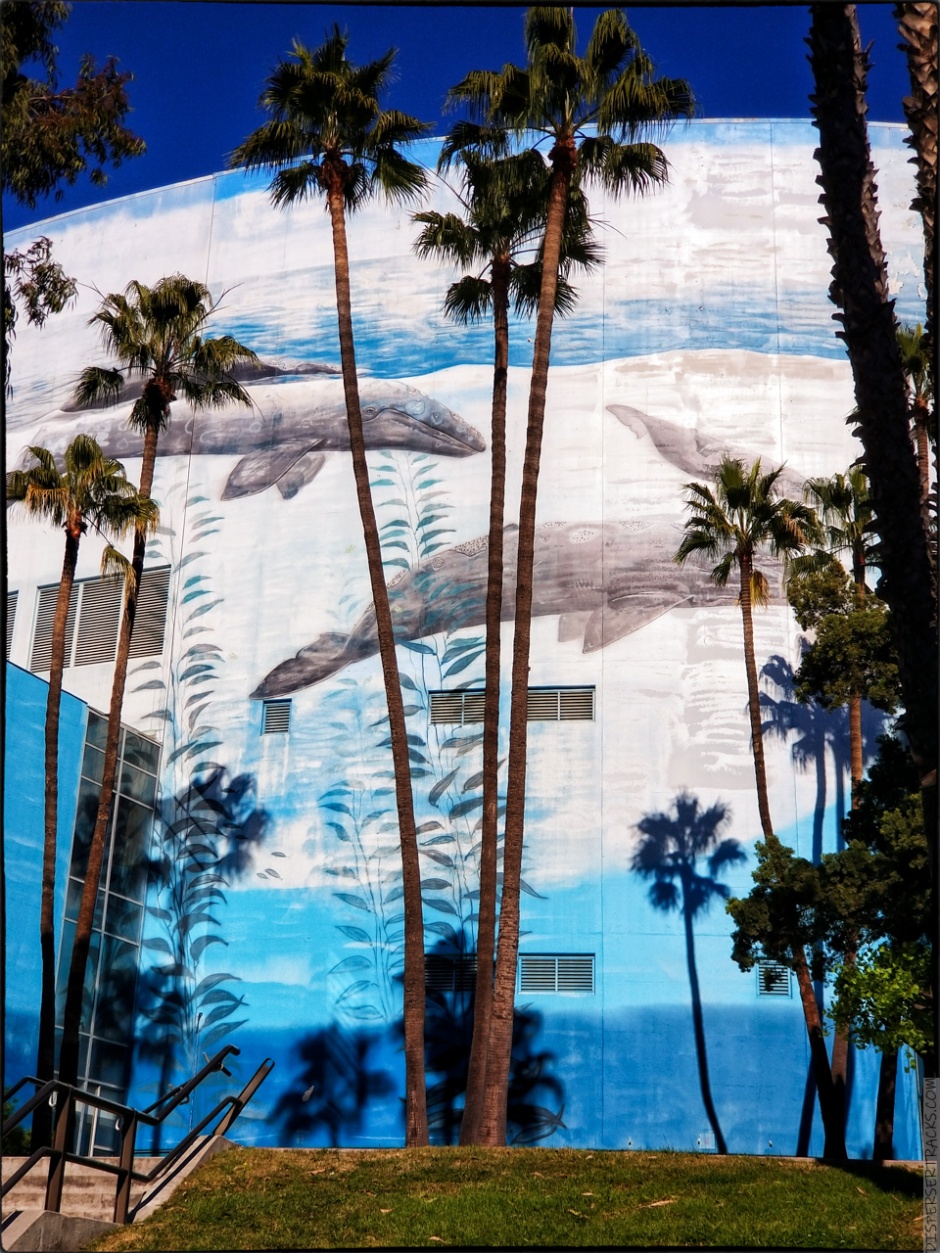 His style is unmistakable. I used to have three signed prints I had bought back in the 90s during one of my visits to Hawaiʻi . . . I gave them to our mail carrier before we left Colorado; she was from Hawaiʻi and not only knew who the artist was but also appreciated the fact they were signed.

This odd assortment of photos would not be complete without a food face. This was a cookie I got at the hotel in Long Beach . . .

To me, it looks like a Medieval helmet . . . that failed to protect the person wearing it. 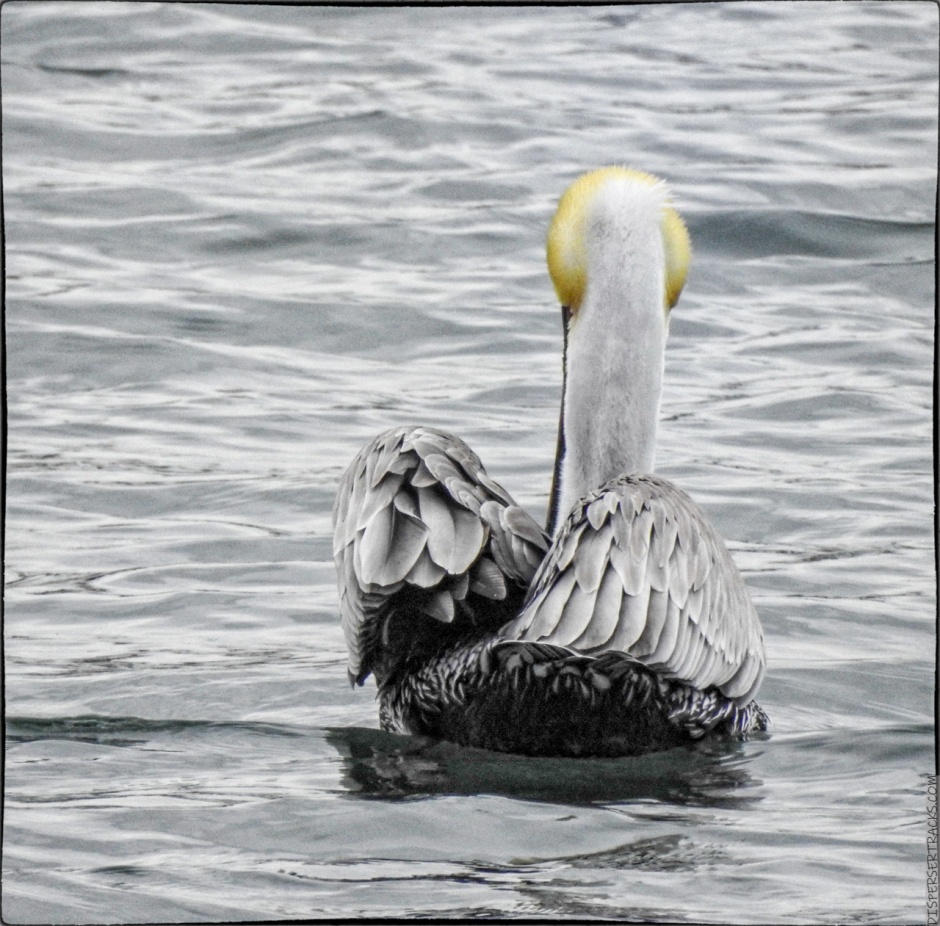 All of those were shot using the P900 from a long way off. I’ll probably do a post just on the capability of the P900’s zoom (and the P1000 is supposed to be better) and how I used it while traveling.

Speaking of pelicans, I got this video using the Note 8 at one of the Mexican ports of call during the cruise. I got pretty close without making it nervous because I moved very slowly . . . unlike the Japanese tourist who rushed up to my side and scared the bird off. Just as well as I got a decent slow-motion capture out of it.

I also shot a number of moons. I missed the lunar eclipse both because I wasn’t well and because it was overcast. Some said it did clear up, but by then I was back in our cabin.

I would say that ranks as one of my better moon captures . . . especially considering it was taken from a ship cruising at 20 knots. 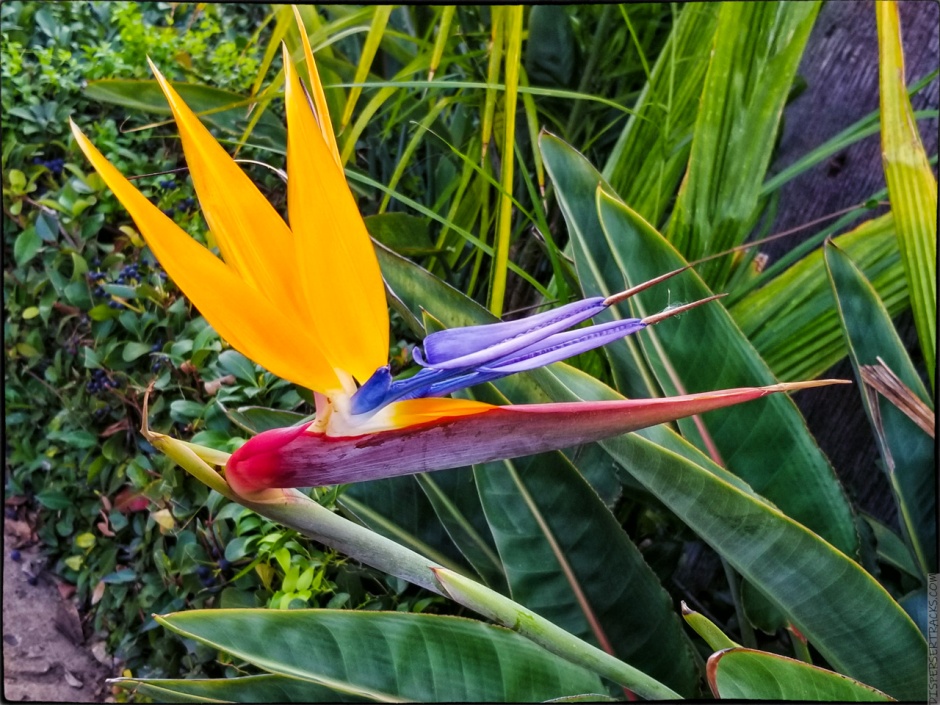 Pretty much every Bird of Paradise flower I ever saw in Hawaiʻi was in a sorry state. I had to come to San Diego to find one in pretty good shape.

Speaking of Hawaiʻi, I thought about getting a tattoo of the chain of islands . . . but then I thought a scar would look better. 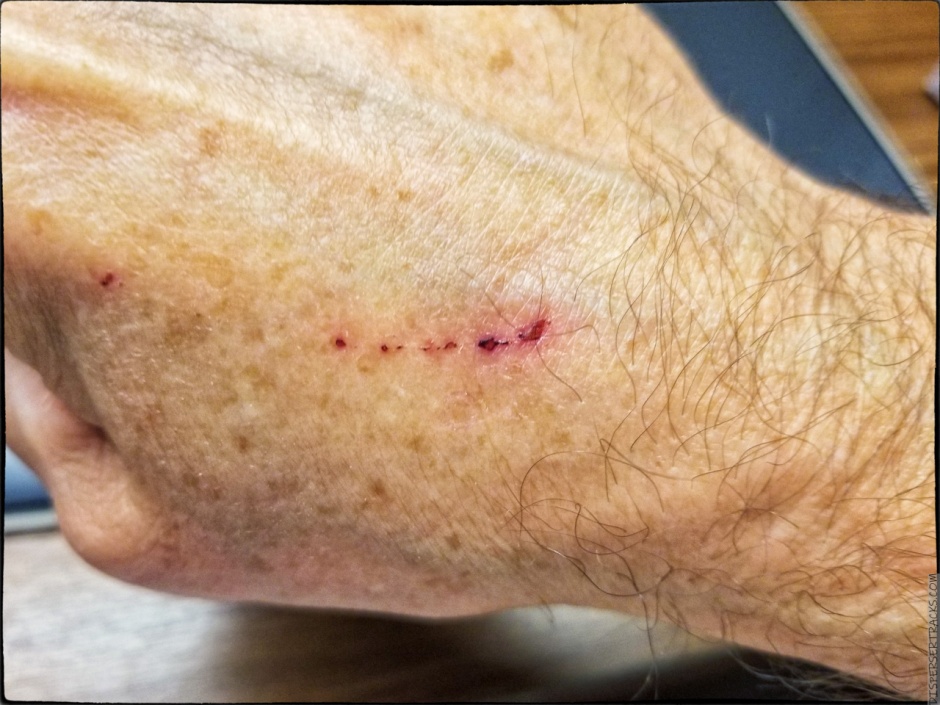 However, not only is it difficult carving out the shape of the islands with a pocket knife, but I was using a mirror and I forgot to “flip” the image. Overall, the effort was a bust but that’s OK because it didn’t scar. I’ll have to try again with an Exacto knife and a decent tracing of the Hawaiʻian chain. And, yes, them be age spots. I’m old, you see. And, I got hairy arms. 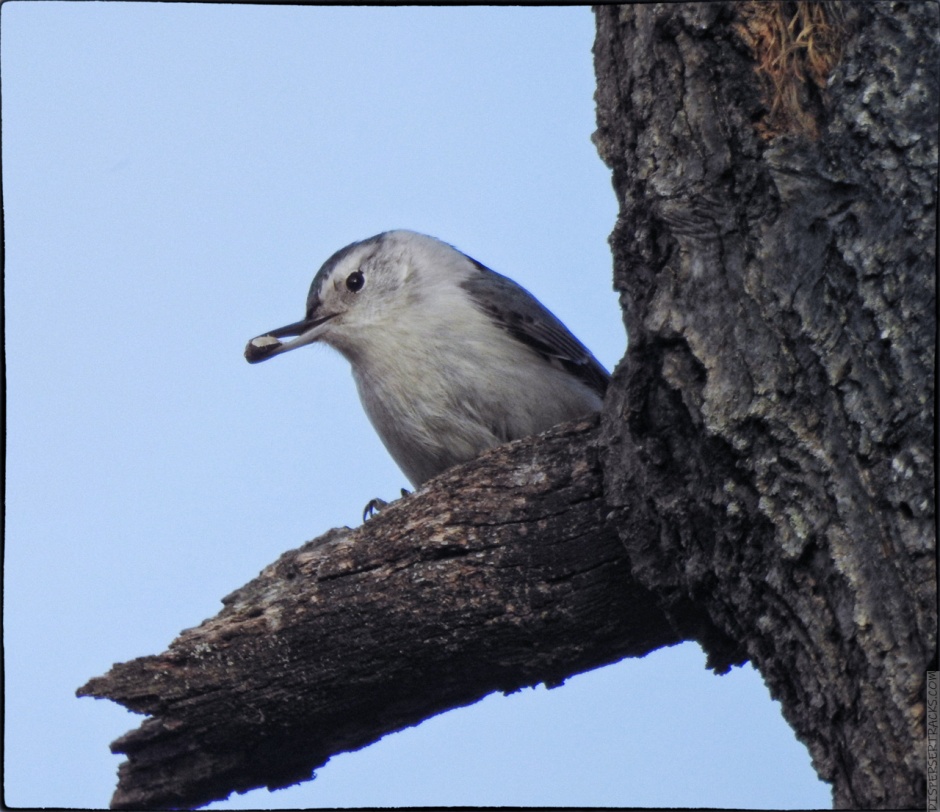 Again, that’s the P900 at 2000mm equivalent zoom. Pretty good for being hand-held as I was shivering from the cold.

. . . that’s before the Polar Vortex came to visit . . . still plenty cold for a guy used to the ambient temperature never getting below 80°.

I have a video of this guy (or gal) enjoying a seed. It’s not great because, again, shivering in the polar winds with the camera hand-held and at maximum zoom.

Now, these next guys are difficult to photograph because they flee at the first sign of movement. Even when they are what they think is far enough away, I can “reach” out with the P900 . . . but the problem is they don’t stand still more than a second. You just have to shoot and hope you get something. 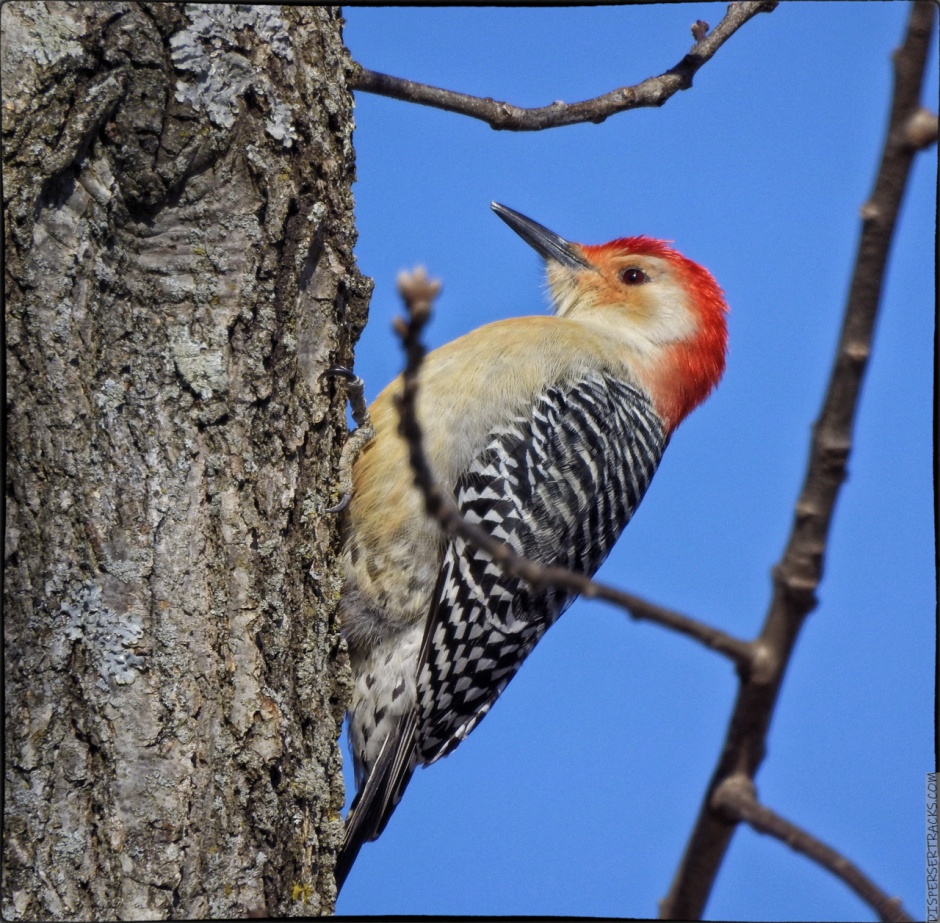 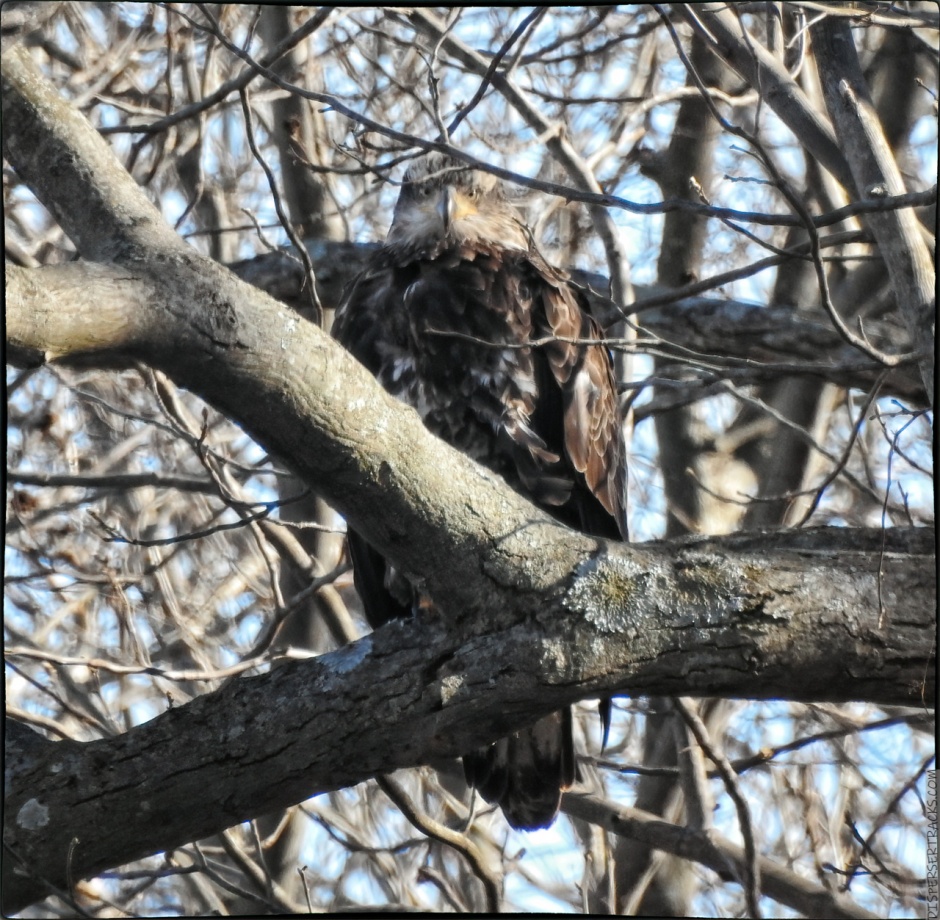 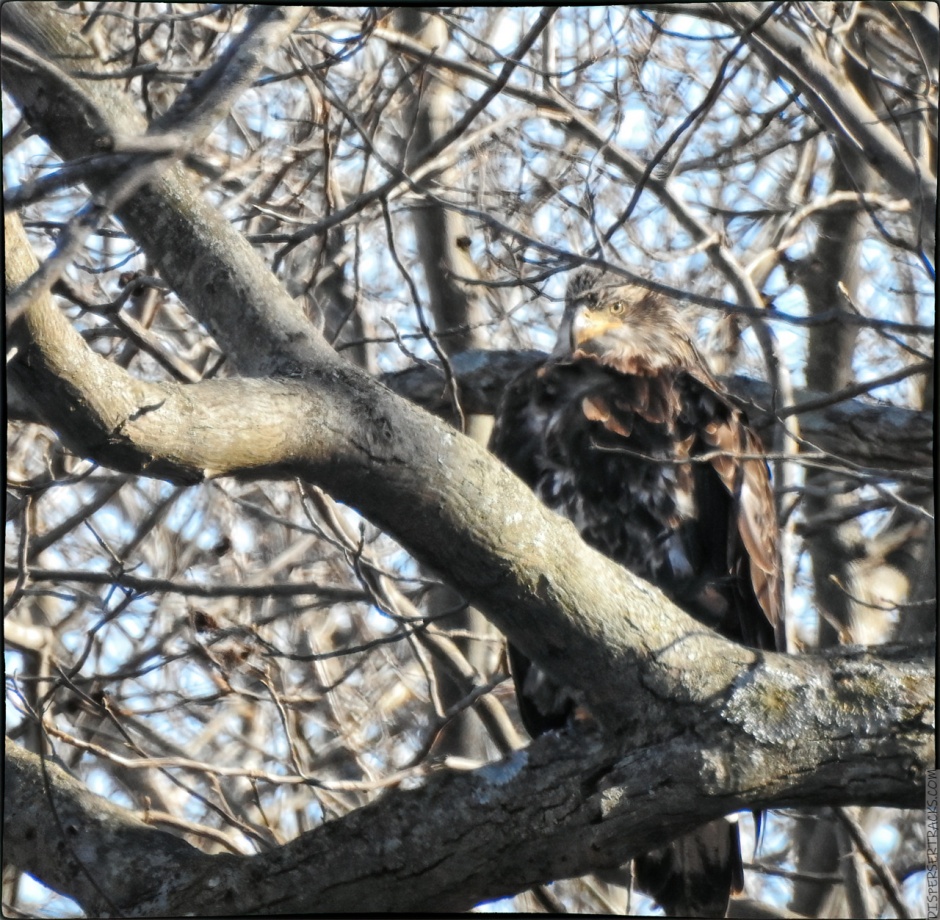 Again, not that great as far as photos go because far away and in poor light. I also got a video of the eagle flying . . . but (I’m beginning to sound like a broken record) it’s only so-so . . . well, not quite so-so but aspiring to be.

That’s shot through a fine screen and hence the moire patterns. Still, I hope people can discern the icy visage.

So, here’s an interesting thing . . . shortly thereafter, the coloring changed.

That same day — with the lake still frozen — what do I see across the lake?

Don’t see it? How about this?

The SmugMug gallery will have a few more photos (pretty similar to each other) but here are a few of them. 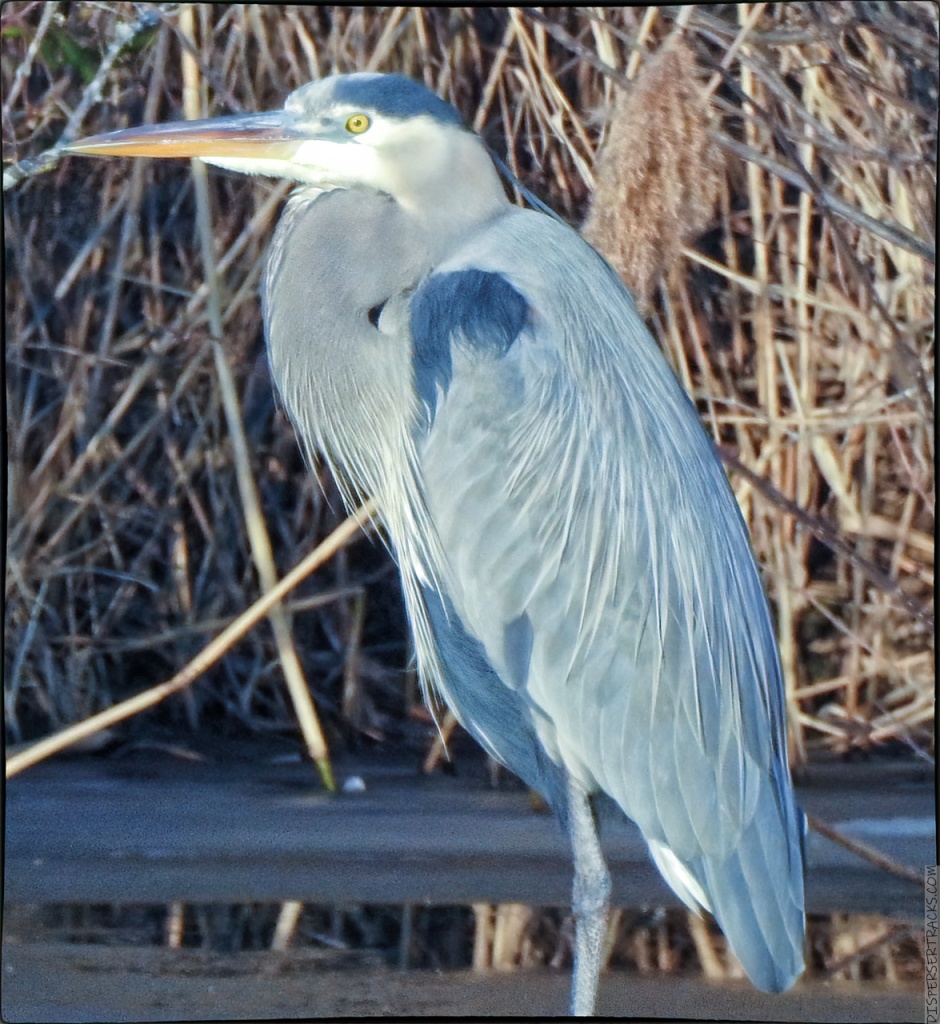 Did I mention I see faces everywhere?

Confused? So was I and reading the following didn’t help much . . .

I looked for the man; really, I did.

The best I could do is find another face in my doughnuts box . . . 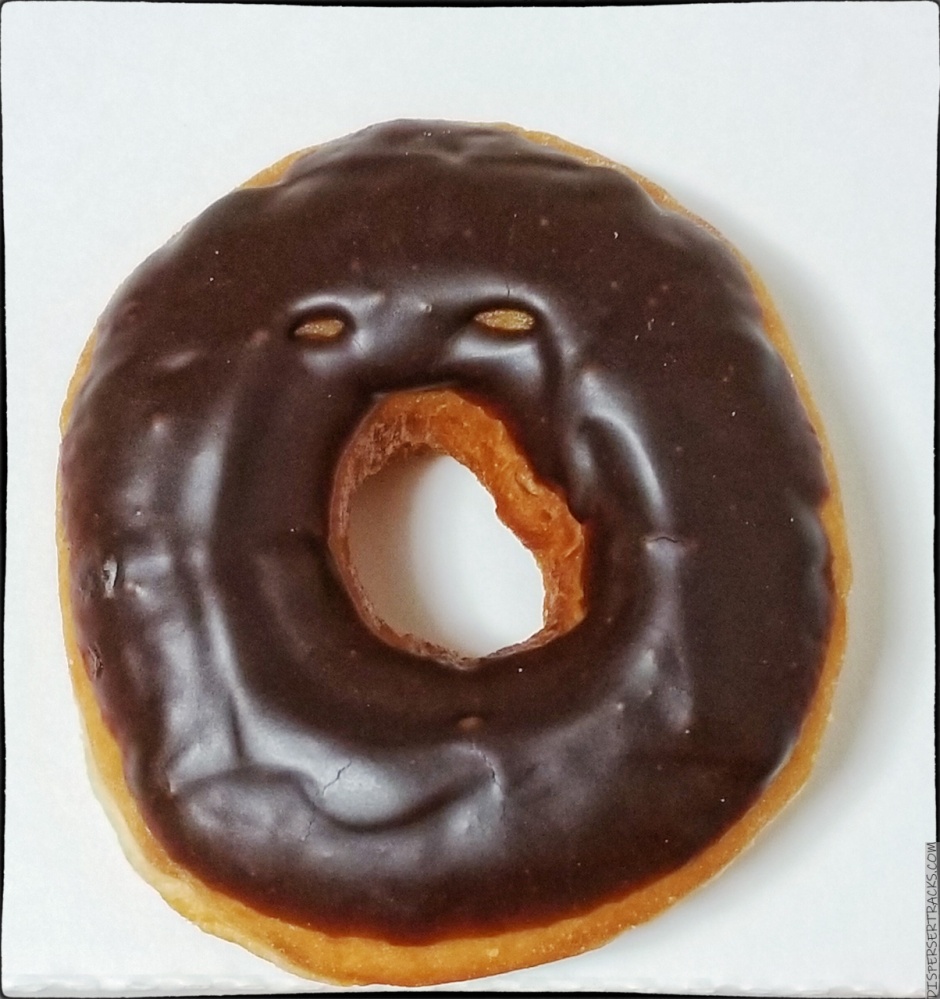 I don’t know what it’s screaming about but I sometimes feel the same way.

One thing I see around here (because there’s a lake) are ducks . . .

I looked up their names . . . That’s Henrietta on the left and Spencer on the right. 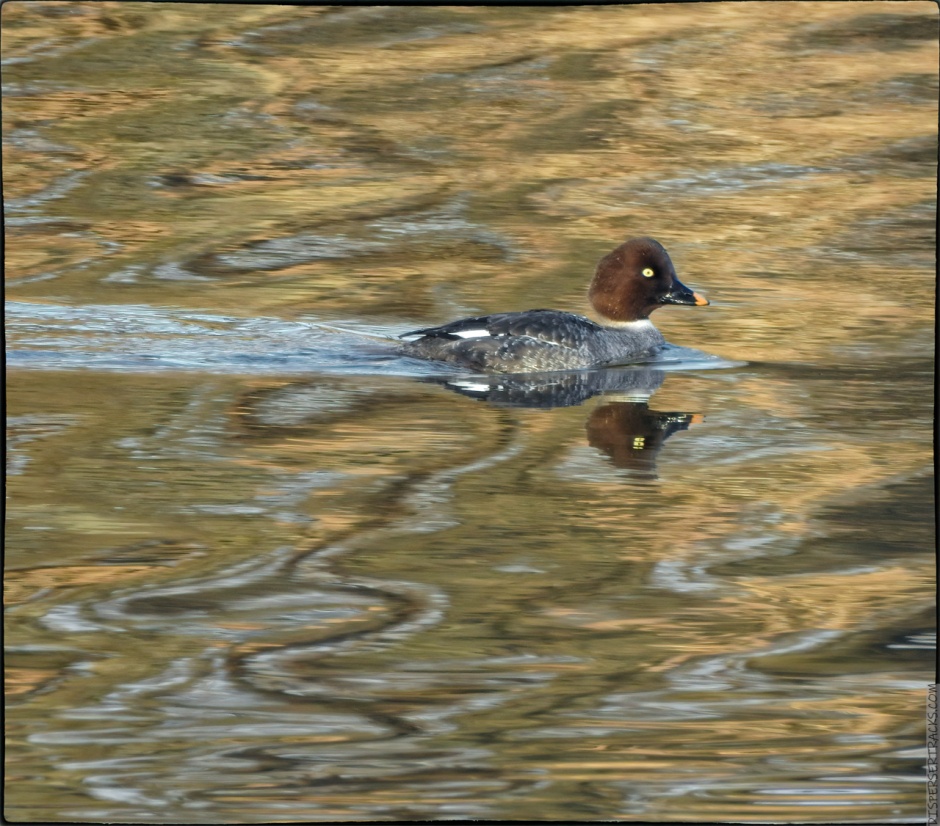 Now, these ducks (and others) seem impervious to the frigid weather. They do this neat trick where they appear and then disappear seemingly out of nowhere.

I’ll close this post with a few photos of contrasts . . . see if you can spot the disconnect.

Now, the Highlander has been through a number of harsh winters in Colorado . . . still, I’m betting it can’t wait until it’s back to warmer weather. 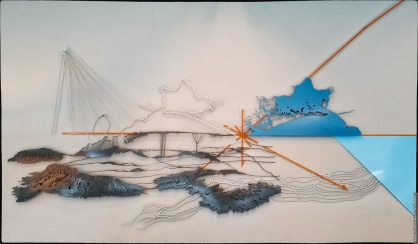 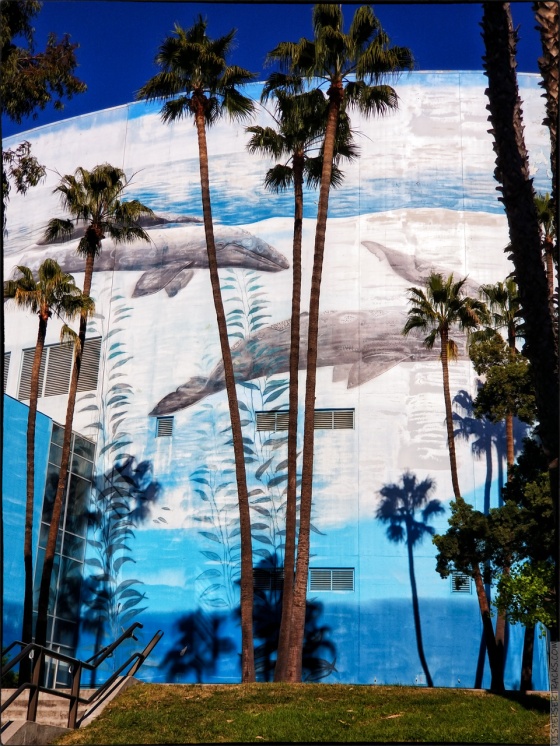 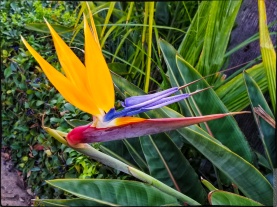 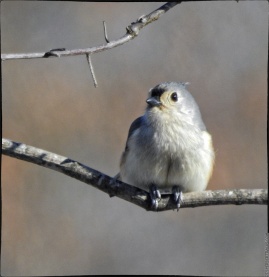 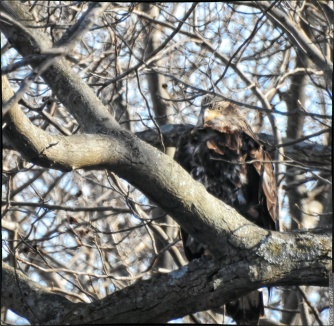 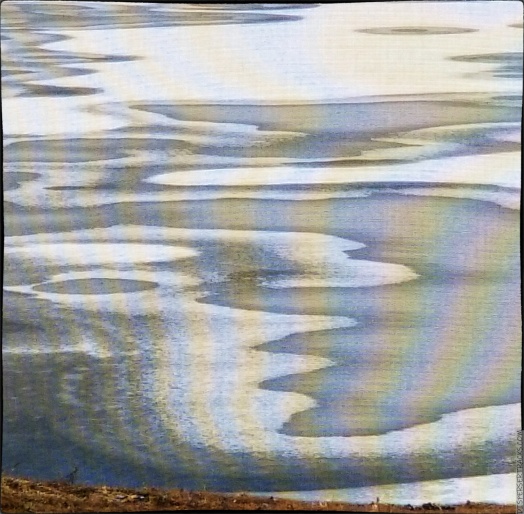 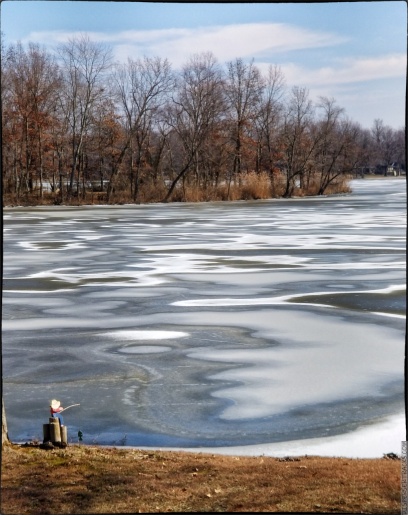 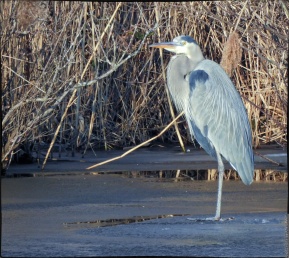 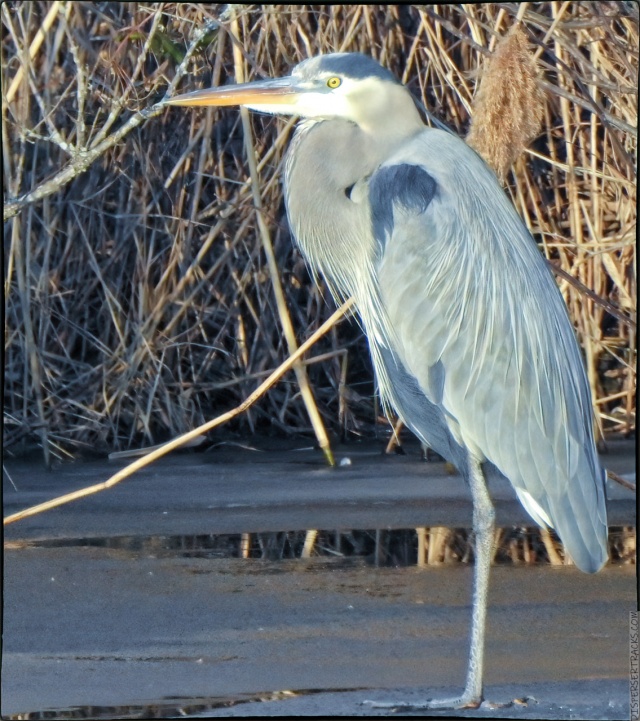 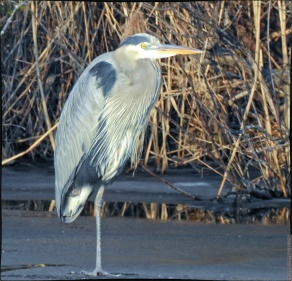 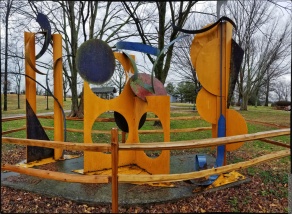 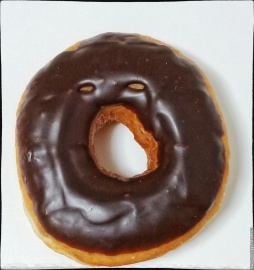 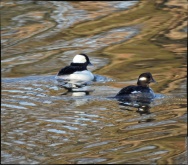 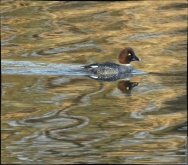