Posted on 25January2019 by disperser

There was a time when I had a lot of houseplants. Over the years (starting when we moved to Colorado) I gradually weaned down to just a few. The primary reason was gnats. Many plants I had lived part of the year outside and the process of bringing them in involved a lot of spraying and treatment to minimize (not eliminate) having gnats in the house.

No matter how diligent I was, I always missed at least two and from there, they reproduced like humans, infesting the environment with their annoying ways. But, THIS was a year-round indoor plant.

See, I know I used this one before . . . with a different treatment. That settles it; I’ll have to do start something new . . . or old, like going back to the classic cars macros. No; something different. Flowers, perhaps. We’ll see on the next post.

. . . I don’t know; I think “Deploy Grappling Hooks!” might also rank up there in the words you least want to hear.

I did a search back through the known history of art and I found . . . Cave Wall Depiction of First Phoenix Swan. 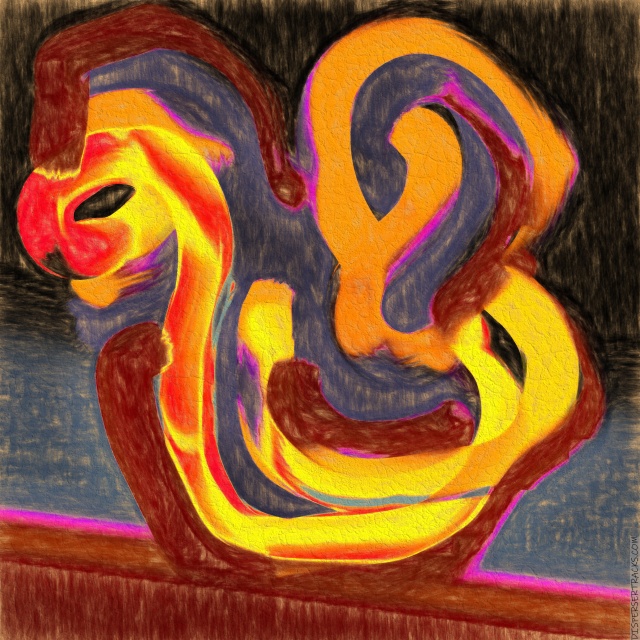