There are two things in common between Kailua Kona (where we now live) and Monument, Colorado, (where we used to live) . . . rainy days are kind of rare.

I mean, here you can get passing showers and if you go up in elevation, you can practically live in the clouds and hence in a constant mist but down here, near the coast, we seldom get sustained rain. There may be a quick downpour or passing shower, but it doesn’t last long.

The same thing was true in Monument. Within the span of an hour it could go from clear and sunny, to rain and hail storms passing through, and back to clear and sunny.

So, naturally, when we experienced rainy days in Monument, I was moved to write about them.

Yes, another blast from four years ago; July 2014 in Monument, Colorado. 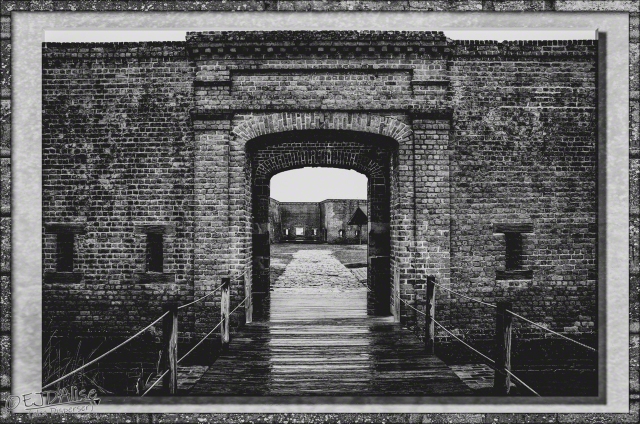 Another photo of Fort James Jackson in Savannah, Georgia. It’s kind of funny — or, at least I find it so — but the fort has a moat surrounding it. About ten to twelve feet wide but shallow enough to wade through.

I’ve often seen jokes about doomsayers holding up signs warning that the end is near . . .

. . . but I’ve never seen one in person. Until recently . . . when we drive through the heart of Kona, on Aliʻi Drive, there, at the corner of Aliʻi Drive and Hualalai Road, sometimes stands a man holding up a sign warning to accept Jesus before it’s too late.

He’s not exactly saying the end is Near, but the implication is pretty strong that shit’s going down soon and we should be looking to our affairs.

There are other people I occasionally see handing out fliers for the Jehovah Witnesses temples on the island but this guy is actually holding up a hand-painted sign over his head.

It’s good to have a hobby.

Anyway, yesterday I showed an example of the kind of monument multicolor worms might build if they built monuments. Here now is that same Multicolor Worm Monument at Night.