For them coming in late, I’m trying to get well ahead of publishing these so that I might have a number of days where I can concentrate on other things without being interrupted by Project 313 stuff.

I’ve also been using these quick efforts to direct readers toward older posts. Yesterday, it was a post with bugs . . . today, it’s a post with a super-bug. In case you don’t click on the link, it’s a fly. A heck of a scary fly that — once you see it — will give you nightmares. 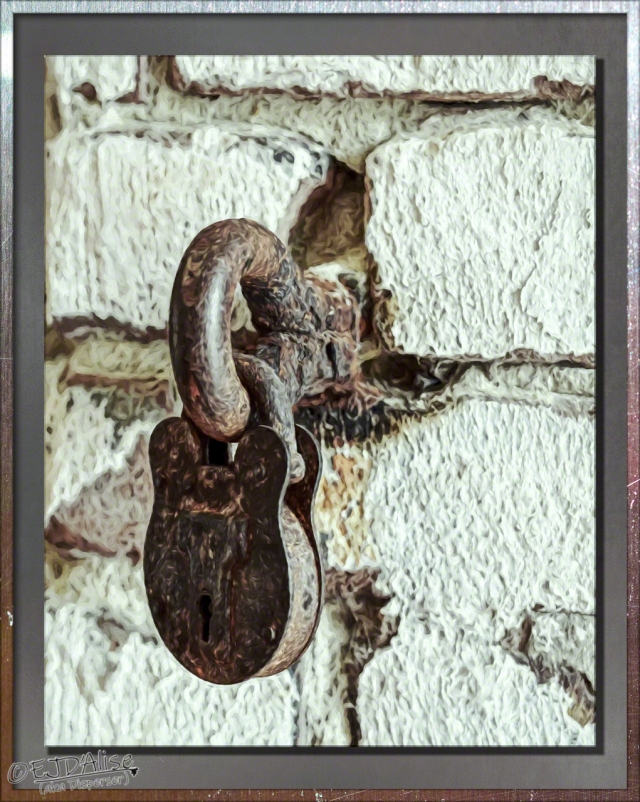 Another photo from Fort Jackson in Savannah, Georgia. This one has been treated with a few different Topaz plugins. I’m not sure why that lock is on that ring. I think that’s a photo from a cell so it could be prisoners used to be shackled there.

Certainly, they’re not for everyone. Luckily, I’m not everyone, so I appreciate them. The jokes, not everyone.

I think humans are unique animals because — as far as I know — we are the only species that builds monuments. I mean, other species may built functional monuments (termite mounds) and some species build structures as part of their courtship and/or reproductive rites.

Humans are the only ones who build structures to glorify themselves or other humans.

But, if other animals did build monuments, what would they look like? For instance, If Multicolor Worms Built A Monument to Themselves, what might it look like? Why, it might look like this, of course. Ignore the little dark spots; it’s worm droppings.

If Multicolor Worms Built a Monument to Themselves