So, how certain am I of what I “know”? There are different types of knowledge and within those types, there’s a spectrum of certainty.

In the last post, I mentioned math; in that realm and within my sphere of knowledge, I’m very certain. I’d bet any amount of money you want that when working with numbers I can reliably arrive at consistent answers and that others, presented with the same problems, would arrive at the same answers.

What about more difficult subjects. No, not chemistry; I mean subjects without easily quantified answers?

Well, I then resort to the old adage . . . make an extraordinary claim and you’ll need to provide extraordinary evidence. Failing that, what you believe has no more merit than whatever anyone else believes. While I personally rely on what we do know as opposed to what someone might imagine, I don’t expect anyone to act against their beliefs, whatever they might be.

I do expect everyone to not force their beliefs on others.

Some will argue we face many tough questions and that it’s difficult coming to term with what’s “right” in any given situation.

Not really. Pick any situation, and I’ll tell you what’s the right thing to do, and no; that’s not hubris.

Oh, wait; I forgot to mention one thing. When we talk about the “right” thing to do, you can’t call on any fable as an authority . . . on anything. Meaning, you cannot rely on the teaching of Star Wars or The Lord of the Rings or other books claiming extraordinary things that go against everything we know. They are, after all, fables.

You can, however, call on the sum total of the human experience.

It’s amazing to me how often we ignore the sum total of the human experience. Our own experience, that of our loved ones, that of our friends and neighbors, and that which we see unfolding before our eyes.

Truthfully, it’s a thing to experience something that was once an abstraction — something that was happening elsewhere and to someone else — but that is now happening to us. Boy oh boy, how we change our tune and, boy oh boy, how we suddenly see the “correct” path to take. Here’s the funny thing . . . often, the correct path ends up being the very path we were arguing against when it didn’t apply to us.

Knowledge is a funny thing. Some things we know with absolute certainty. Other things we suspect with a fair degree of confidence. Still other things are unknown; they might be hypothesized, but we don’t yet have evidence. Some are so abstract we can’t even formulate a hypothesis and are thus untestable. At least for now.

I say “for now” because knowledge builds on itself. I have no doubt it will continue doing so.

Here’s the funny thing . . . people who reject knowledge in favor of fantasy think what they know is built on a solid foundation but often have no clue what lies beneath the veneer they’re standing on. That’s not really funny; just sad. But, the unpardonable sin they commit is not the refusal to look at what’s below; it’s the refusal to even wanting to know if they’re standing on a veneer. 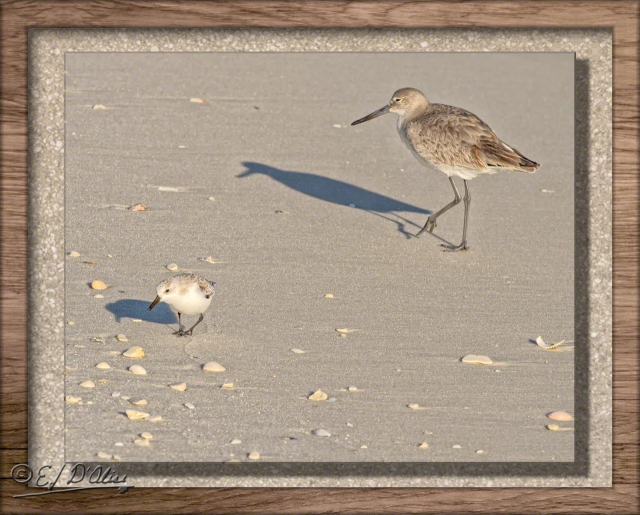 I think this will be the last of the Florida photos for a bit. Don’t know yet what I’ll show next but I’ll think of something.

Anyone who hasn’t fallen for some get-rich-quick scheme knows that few things are as easy as some people advertise. Be it learning a new language, learning to paint, or even keeping a healthy lawn is a lot harder than most self-help books would have you believe.

This is nowhere more true than in the financial field. The first question I used to ask whenever I would get solicitations for “sure-fire” ways to make lots of money was: “why aren’t you taking advantage of it as opposed to calling me about it?“

I would usually get one of a couple of different answers. One of them was “I just want to share my knowledge so that everyone can benefit” to which my response was a question of my own: “so, you’re giving this information away for free?” The answer to that question was always “no“.

There are other answers that are as easily countered because here’s the truth . . . whatever money they say you can make is never more than what they will charge you for the “secret” . . . if it were, they would be doing it instead of selling the “knowledge” to you for a modest fee of $19.99 with free shipping.

I wish I could tell you I’ve never been scammed . . . I can’t. Nothing major except by the government, but that involved many people and I had no control over it.

The Secret Code Of The Universe