Posted on 25April2018 by disperser

As Project 313 ages, I’m struck by how fast time has passed. It seems less than two weeks ago this was barely an idea; a nebulous notion that ignored the associated responsibilities, the effort involved, and the very real cost of time spent doing things.

Still, once embarked on the project, it’s best adjusting one’s attitude and committing to giving it a good go. It is, of course, more difficult as a single poster. Sometimes I envy collaborators as they share in the effort of nurturing their projects along. And yet, there is a certain satisfaction to being solely responsible; be it a failure or a success, or even just an unremarkable and forgettable exercise, Project 313 bears my imprint — my DNA — and will go on long after I am gone . . . for as long as WordPress doesn’t go out of business or life as we know it ends when a rogue app destroys humankind. 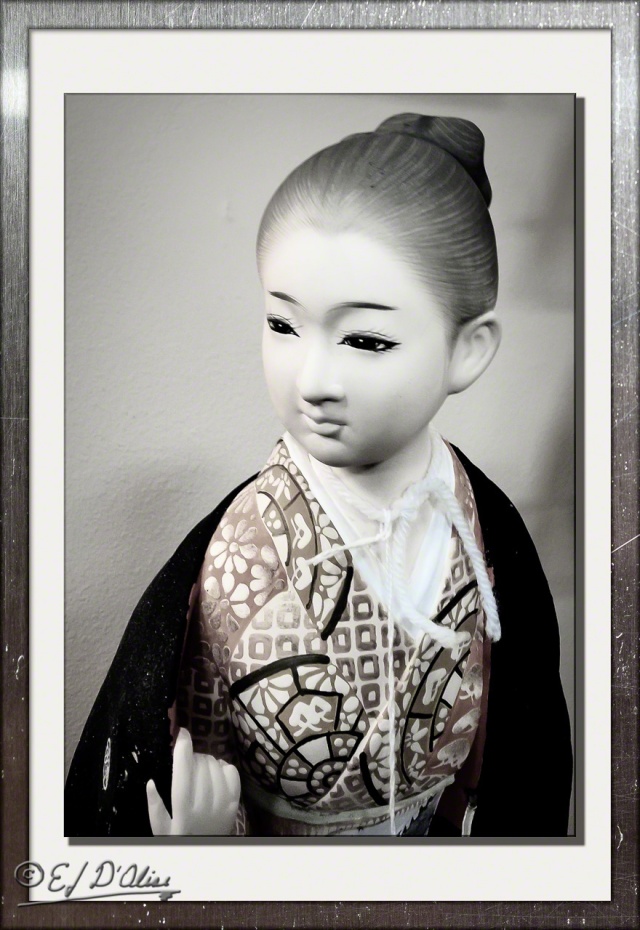 That’s a doll I photographed in an antique store in Colorado. I really should get back to visiting more antique stores. There are a few here on the island but they tend to be limited in wares and geared more toward high-end stuff. The ones that aren’t are more like thrift stores and mostly have clothes and modern accouterments as opposed to vintage stuff.

One good thing about this project is that I’m more focused on shooting single objects I might use in these posts. Also, I think I’m pretty much committed to having framed photos for the length of the project.

I plan to keep these posts fairly light in tone and topics . . . but I admit to an increased uneasiness about the world and the basket it’s traveling in on its way to its destination.

Hence the cartoon . . . we’re in trouble, but maybe we can laugh about it as a way to cope.

I keep thinking the world could use my unique and often strewn with brilliant insight commentary . . . but it’s too difficult to maintain the resolve because I ultimately know the world won’t listen. I mean, just read history . . . people never listen; quite the opposite. It’s like telling someone they’re posting too many photos in their blog post or writing too many words, and they get a bee in their chapeau and double down, posting even more photos and publishing increasingly longer posts.

I mean, yes, I totally do that, but I’m a professional; I know that when people say I post too many photos or publish posts that are too long, they don’t mean it.

Dang! I just realized something! These doodles all need titles. Double-dang! I’ll do that in the future but I now have to go back and title the ones I’ve already used (they will all be collected in one gallery at the end of Project 313).