Posted on 2March2018 by disperser

. . . but that ain’t my name. At my current rate of progress, Art and I will never be intimately acquainted. Still, I persist . . . because I have a Note 8 and that comes with a stylus.

When I go to bed, I usually unwind by watching a movie that involves lots of shooting of bad guys with extreme prejudice. However, sometimes I pick up the phone, extract the stylus, fire up Painter, and . . .

That’s about a ten minutes effort. Would have been finished faster were it not for something I discovered . . . despite a clear mental image, it’s difficult drawing a sitting dog that doesn’t look like a misshapen goat. Heck, even what I got requires a big heap of imagination . . . like, imagining the figure as a dog.

But, once I had that, I unleashed the artist in me . . . by cheating. Well, not cheating, but perhaps opting for laziness and an app called Paper Artist. I know I’ve previously shown what it can do, but, this time, I went to town on it.

So, watercolors (which is what I thought I’d used) looks different when Paper Artist do them . . .

Unfortunately, I lost the clouds . . . clouds I’d slaved over for almost 12 seconds.

With mood soured, I switched out of Paper Artist and tried Snapseed . . . 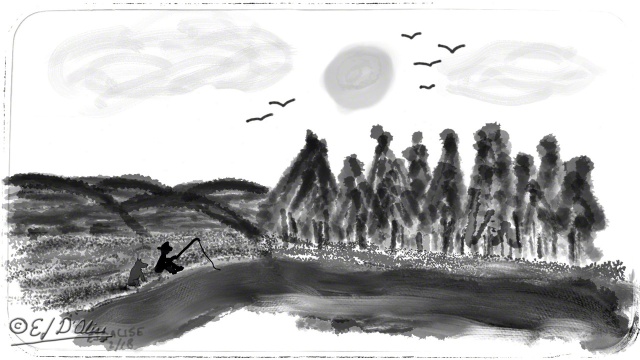 Not too bad, but Snapseed isn’t really suited for artsy stuff. I mean, it does artsy stuff, but it’s better when messing with photographs. Back to Paper Artist, it was.

There go the clouds again! What’s up with that?

I started going through the various option . . . 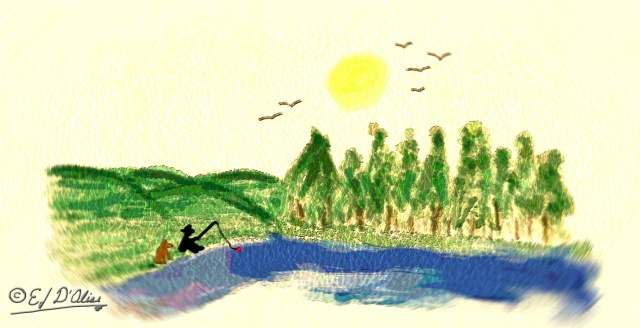 Pretty much, the clouds got clobbered in almost every version. To tell you the truth, the Sun didn’t fare much better. 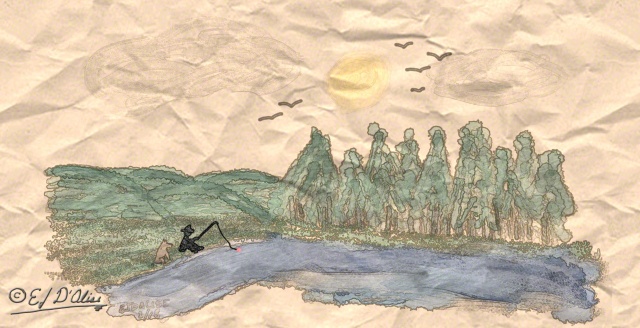 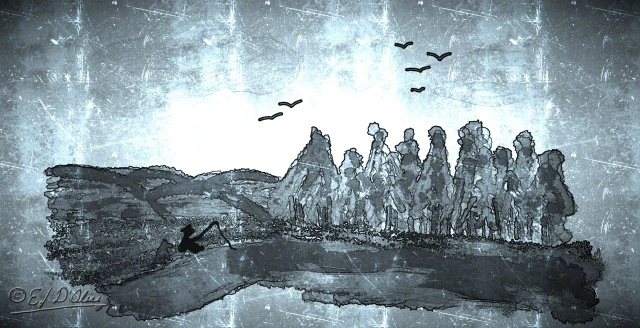 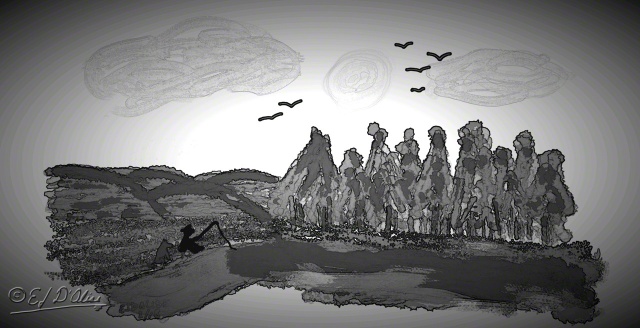 It seemed the absence of color helped retain both the clouds and the Sun. Texture, in general, was not a friend of ephemeral details. Yes, I know the Sun will be around for a while; I’m referring to the clouds.

Anyway, there are a lot of variations, so I won’t bore you with all of them . . . but they will all be in the gallery at the end of the post.

Well, I was about to hang up my virtual paintbrush when I felt a presence . . . no, wait; that was just gas.

But, I did get an inspiration of sorts . . . Picasso! I figure that I, without a shred of talent, can certainly come up with something resembling his deliberate distortion of human characteristics. 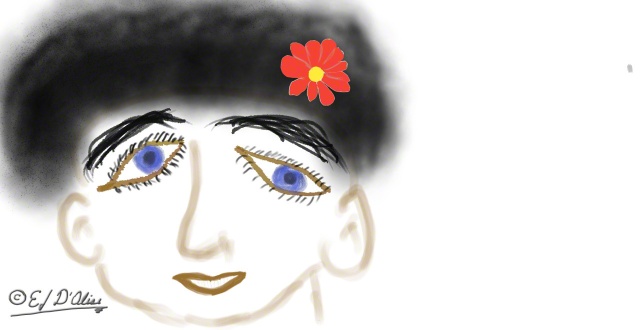 This is more like his early years, when the drugs were just starting to take hold . . . sorry; not drugs . . . artistic vision. I’d place this as being influenced by his work in 1920; “Olga”, maybe.

Anyway, I was done with Paper Artist and went instead into the Topaz plugins. I was looking for something that would transform my pathetic scratchings into artistic gold. I tried a few things . . .

Hmm . . . if you click on them, you can see the different renditions, but all of these were fairly subtle effects. 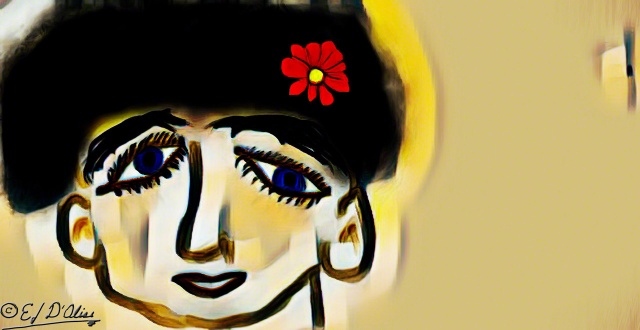 That last one, by the way, is the output from the AI ReMix effect, the newest module for Topaz Studio. It looks a lot like Deep Dream. It’s not quite as versatile (yet), but it does give interesting results. I’ll probably do a post showing what it can do.

Anyway, I looked at those two, and I correctly surmised combining them would produce something greater than the individual rendering . . .

Picasso would be proud . . . OK, OK, he would be horrified I even used his name, but since he’s dead, and since artists claim inspiration from other artists, I stand by my claim that not only I channeled Picasso, but that I purposefully did so instead of just aimlessly doodled while half asleep.

Here’s the gallery for all of the above plus a few more. 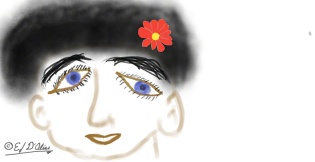 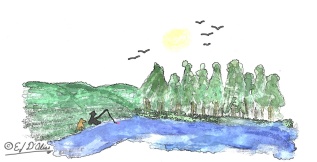 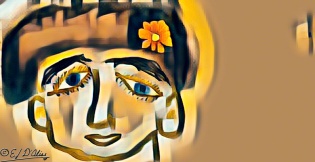 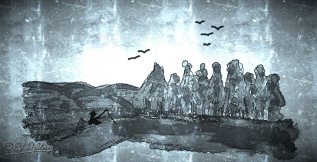 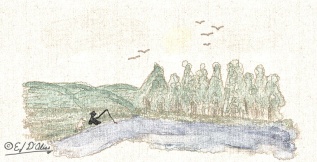 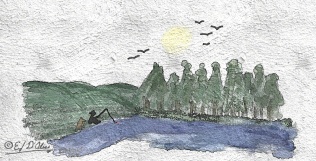 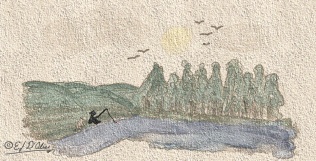 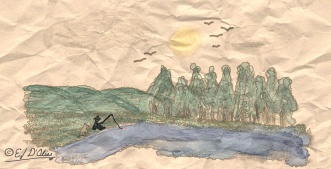 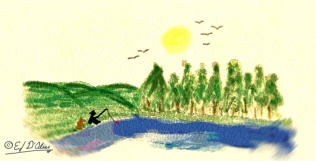 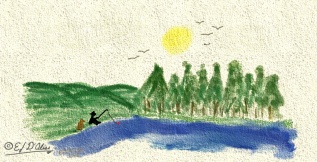