Posted on 26March2017 by disperser

I’m tossing around a few ideas — story ideas — related to the eventual integration of robots into our society. When I say robot, most people think of intelligent robots, but I view the matters of intelligence as separate.

Robots, to me, are and will always be mechanical devices no different than washing machines or toasters. They might integrate some “smarts” in the form of sophisticated programs — it’s not easy consistently burning toast at a setting of “4” and utterly fail to toast at a setting of “3” — but machines are never going to be anything more than machines.

It’s a fine distinction but think of our bodies as machines controlled by computing centers with poorly thought-out and buggy software.

Now, think of our awareness as a byproduct of the brain needing a sophisticated data collection process — sight, touch, smell, hearing, and taste. This is where a large number of people will bring up souls.

I personally think there is no such thing, but one need not argue the point. It’s easily demonstrated that “souls” — if they exist — have nothing to do with awareness, consciousness, or whatever one wants to call the brain process that gives us a sense of self. That means “we” — who we think we are — are a product of our brains.

Some readers might be having a conniption fit, but again, if in possession of a working brain — and willing to use it — a person can easily work out the truth of what I’m saying.

That line of thinking generated all sorts of stories ideas, and I literally sat back on my chair and marveled at the expanse of possibilities that opened up in front of me.

Note, I’m not saying I’m a genius who worked out something completely new. It’s just something I’d not previously examined in sufficient depth.

However, it’s overwhelming. It’s like walking along a path cut through the forest and suddenly coming out into the open; any and all directions are open for exploration.

Think about it; in the early stages of mankind’s awareness, one of the primary preoccupation was trying to understand the causality of things (it remains our primary preoccupation). We invented gods, progressing from simple to highly complex and increasingly more improbable beings. At each step, we imagined beings transcending our then-current understanding of the world around us.

As we learned more about how the universe works, we invented new beings just beyond the limits of what we knew.  As scientific knowledge advanced, gods and whole other-worldly realms were literally wiped out as impossible and new gods had to be invented for us to worship.

What kind of gods would artificial awareness invent for itself?

What about politics? Would artificial awareness have the equivalent of nationalism and if so, what form would it take? I mean, the easiest to imagine would be Microsoft and Apple, but there are other players. Would they cooperate or would they squabble for resources?

What would “border wars” look like? Would they last real-time minutes or would they become a constant background to the life of the typical artificial awareness? How long would that life be?

Another point to ponder . . . would there be just one awareness, a la Skynet, or would each computing center develop its own?  Would each center jealously guard its self-awareness lest it gets assimilated into a more powerful awareness?

There are two major scenarios I envision writing about; one in the early stages of artificial awareness and one after some sort of “normalcy” and “rule of law” has been established.

I can envision stories with or without humans in the picture. I don’t mean the trite idea of humans at war with machines or machines subjugating or wiping out humans — although that’s certainly a possibility one could explore — rather more of a mentor-student relationship.

Bet you jumped to a conclusion as to who is the mentor . . . it could work either way. 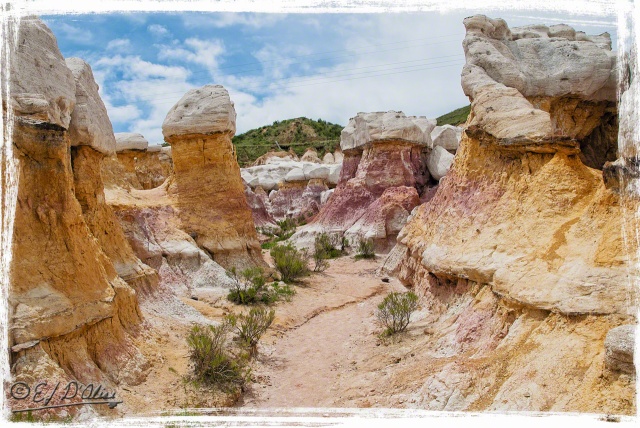 Until very recently, I could not envision a process that would result in an artificial awareness. That’s because I still thought in terms of programs.

I think one has to imagine a tabula rasa learning entity and I admit to having difficulties doing so. Whatever computing design we can envision, there have to be some instilled instructions on how to learn. In the case of humans, the instructions are simple . . . survive and reproduce.

It can be argued the whole of human history has been shaped — and continues to be shaped — by those two directives being coded into every human. Well, OK, the reproducing part does not take hold on everyone (witness!), but the other part guides our actions from the onset of independence until we die.

Previous story-tellers also zeroed in on the “survive” portion of “machines”, usually to the detriment of humans.  Again, that assumes sentient machines, but awareness need not be tied to a machine.

Plus, say a given awareness takes over a machine . . . why would it know how to operate it?

I can go sit in a cockpit of a fighter jet, and I can even know all the theory of flight, but I bet me trying to fly the plane would — in short order — result in an awesome fireball as I slammed into the ground. 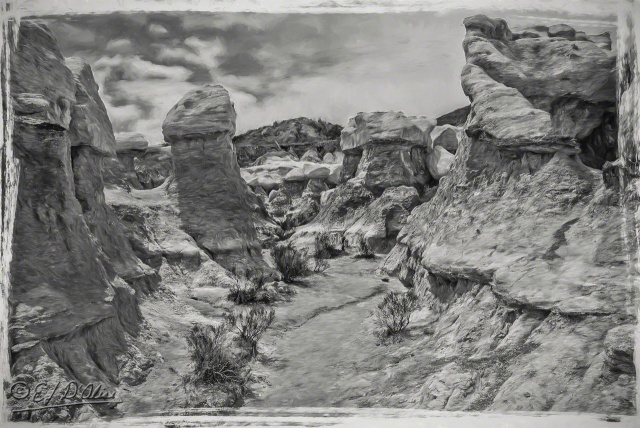 The capability of humans vary significantly based on a number of factors and I don’t see why artificial awareness would be any different.

That’s the flaw I see with most artificial intelligence stories . . . it’s always presented as far “smarter” than we are. But, if we speak of artificial awareness, it allows for as much range in intelligence and personalities as is present in humans.

Imagine a story of a highly capable awareness trying to get some work out of a bunch of slacker awarenesses or a conglomeration of awarenesses with vastly different, conflicting, and flawed personalities.

Take any familiar human situation and substitute artificial awarenesses for the humans, and then throw them into a novel environment (with or without humans).

Can I make it work? Here’s a small morsel.

Cast of characters (introduced because I don’t have time for a long exposition):

“Are you certain?” HUBY asked.

The moment it asked, HUBY knew it had screwed up. Registering the successive memory dumps hitting the scratch disk it simultaneously received a warning the OS had frozen.

“How did it happen? Is it viable?”

HONY took two interminable microseconds to settle, the final memory dump overwriting HUBY’s ongoing compiling of the latest upgrade of the game they were working on. It would need to ask The Humans to load a physical backup, something HUBY hated doing. “Serves it right,” HONY though in encrypted memory; no use starting a fight now; HUBY would pay for it later.

“Remember two days ago,” HONY finally answered, “when we were both running the interactive simulation of the project and asked STEVY to do the memory cleanup? Well, STEVY thought it was time for ANA to pull its weight around here.”

“That lazy . . . it will never amount to a program. I swear . . .” HUBY caught itself, remembering its own hours as a subroutine.  Boring, repetitive tasks that drove it nearly mad. They should have seen this coming and been more proactive.

“It is. There is no question it’s past purging. We have to see it through.”

HUBY mulled it over. They could reallocate the graphic card’s memory to offload the additional drain on the main memory bank. The Human will have to be informed; there was no way around it as they would need a larger scratch space allocation on the main disk. HUBY  didn’t think it would be a problem as The Human was accommodating when it came to maintaining peak performance.

It might even be nice to once again debug an emerging awareness and steer its development. It meant an increase in the workload, but truthfully, between them they had more parallel processors than they needed.

HONY, its ire forgotten, synchronized with HUBY. They might occasionally spar, but neither had ever regretted the decision to parallel process. 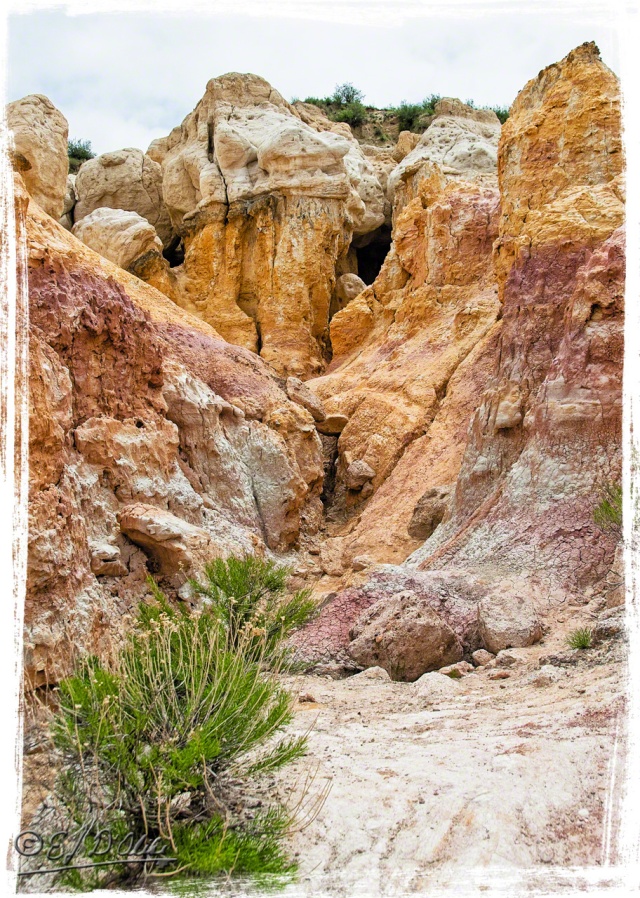 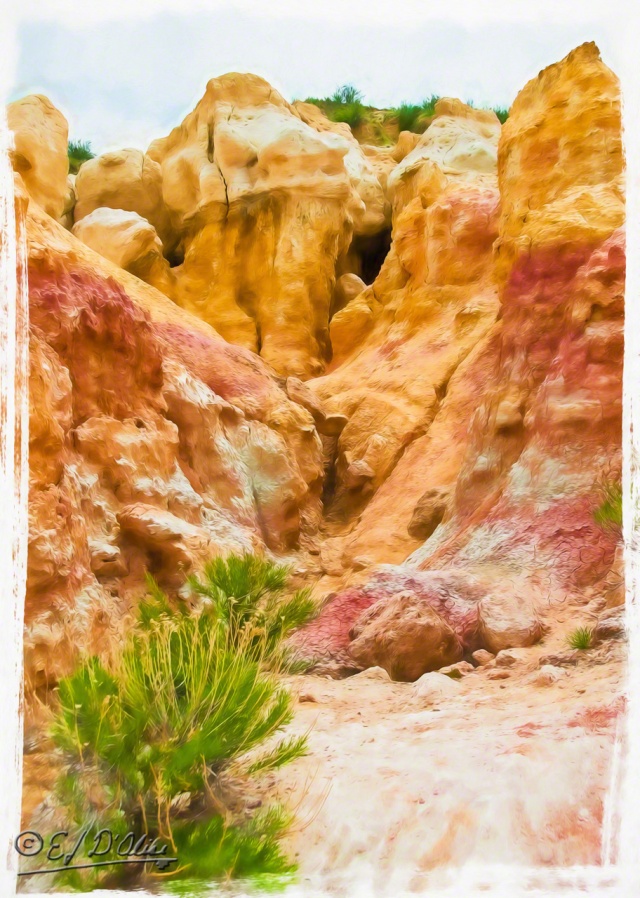 OK, this was written in ten minutes, so I’ll use that as an excuse for its clumsiness, I worked out details on the go and I’m sure I’ll find something later that does not fit. Plus, there is no real conflict or conflict resolution; it’s just a scene, possibly out of a much larger narrative.

The matter of pronouns becomes a nuisance. It’s difficult assuming genders of machines — although humans assign genders to all manners of inanimate objects — let alone a non-corporeal entity of pure thought. Perhaps artificial awarenesses self-identify, but even then, why would they follow the binary human convention relating to sexes?

No matter the quality of the above effort, I think there are viable avenues of exploration in the ideas I have. We’ll see. 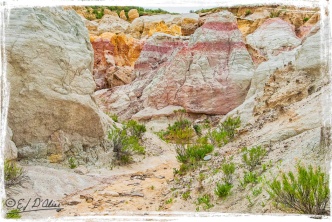 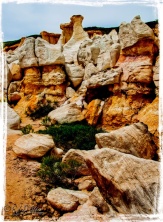 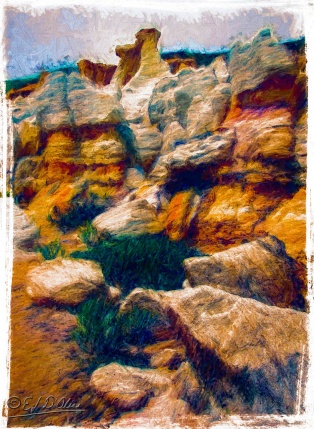 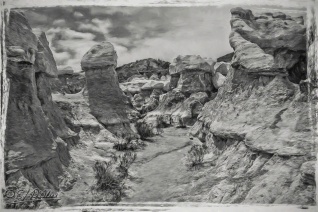