Posted on 8September2016 by disperser

Nothing new on the short stories and the novel submissions. Rejections from the larger outfits come at a glacial place. Right now, all four of the September 2015 stories are out for submission. I play the lotto, and I can tell you I think the odds are better  that I will win the jackpot than actually having one of my fiction masterpieces picked up for publication. But, I took an oath to submit, submit, submit, and so I do, I do, I do.

Yes, that is one of them taunt-the-Universe statements made in the vain hope said Universe will prove me wrong. Think of it like praying but rather than a creepy malevolent deity being called upon to intercede in the workings of the universe, it’s the Universe itself, and its henchman, Chance, that is challenged to prove it deserves a leading role in the play fueled by the delusions of people.

By the way, no new photos here. Processed differently, yes, but all have appeared in previous posts.

“If there’s a book that you want to read, but it hasn’t been written yet, then you must write it.” ― Toni Morrison

That quote summarizes one of the reasons I write. Mind you, there are some books I’ve read that were exactly what I wanted to read, but in the vastness of today’s publishing output, the chance of me finding books I will like and enjoy reading is very small.

That’s a two-way street. The chances of me writing something that today’s market will like is very small.

Yes, I’ve covered this before . . . and doing it again will make me sound like a whiner. So be it.

“We are all apprentices in a craft where no one ever becomes a master.”
—Ernest Hemingway

He may say that, and many repeat it, but that is exactly opposite what most publishers expect.

Anyway, I previously mentioned I’m submitting some of my flash pieces to places accepting reprints (FNASR having been used up when I originally posted the pieces on my blog).

But, I’m not just submitting reprints. Some friends have been submitting their stuff to MashStories. They have a competition. What is it, you ask?

“Our competition is simple. Every three months, three random words are selected from a randomly gathered list. Writers are invited to incorporate them into a short, sensible and convincing story.”

The three words for this time period are chicken, potato, and bathrobe.

My friends urged me to participate. Here was my submission (which was, you guessed it, rejected):

There I sat, in my bathrobe, looking at the potato which would soon be the totality of my dinner . . . and then, I looked up and saw the chicken cross the road.

I don’t know why it crossed the road. Perhaps providence, perhaps dumb luck. I pondered briefly about the possibility of a cosmic significance before deciding that it didn’t matter.

I picked up my machete and, in my bathrobe,  went out to chase down the rest of what would be the best of this week’s dinners.

When I passed this by a friend of mine, he was less than supportive, completely failing to see the brilliance of it. I mean, what exactly is wrong with that story?

I hit upon all the elements of a story with an economy of words, employing humor, and forming a lasting mental picture in the mind of the reader.

Alas, the opinion of folks at Mash Stories was aligned with my friend’s.

“Brevity and wit are inextricably intertwined: this raises a smile. As a story, however, there needs to be more happening, more detail, to take it beyond its cleverness.”

That was the feedback I got.

Padding. They want the infusion of superfluous words. I suppose I could have described the protagonist’s chasing his meal back and forth across the road. I could have introduced a third player in this sordid tale, one not realizing the protagonist’s intent and unwittingly blocking the chicken’s last path of escape, thus dooming its head to being suddenly and forcibly separated from its body. There’s even room in there about the headless body continuing its evasive maneuvers, thus tapping into another popular if erroneous belief about chickens.

I could, perhaps, even draw a parallel to Mr. Crane’s experiences, but to what end? Would it really add anything of significance to the story? 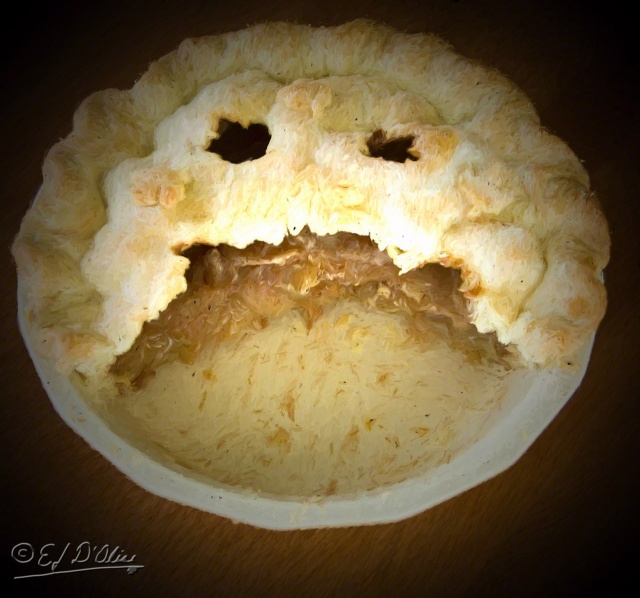 Mind you, at least I got feedback.

Plus, if I’m to draw upon my (self-defined) considerable talent, I might as well do it for submission to venues that I feel comfortable dealing with.

So, why submit anything at all? Frankly, curiosity. And now, I know I’m a crap writer when it comes to incorporating chicken, potato, and bathrobe into a story.

So, what will now guide my way to publication? The heck if I know, Bob.

I mentioned my reprint submissions. Five, so far, all favorites of mine. Well, that’s a pretty wide net. I favor nearly everything I write.

Auto-correct was my attempt at drawing the sympathy of writers who might be charged with reading the submission slush pile. That said, I think the story’s premise is relevant as many “smart” systems are tackling all manner of tasks currently performed by humans, doing so faster and better.

Rejected; not what they were looking for.

Mankind’s Future  held perhaps the lowest of my expectations. It is, essentially, a long set-up for a punchline. But, still, how much can you accomplish in under one thousand words? It’s not like I can submit a picture.

Rejected; not what they were looking for. 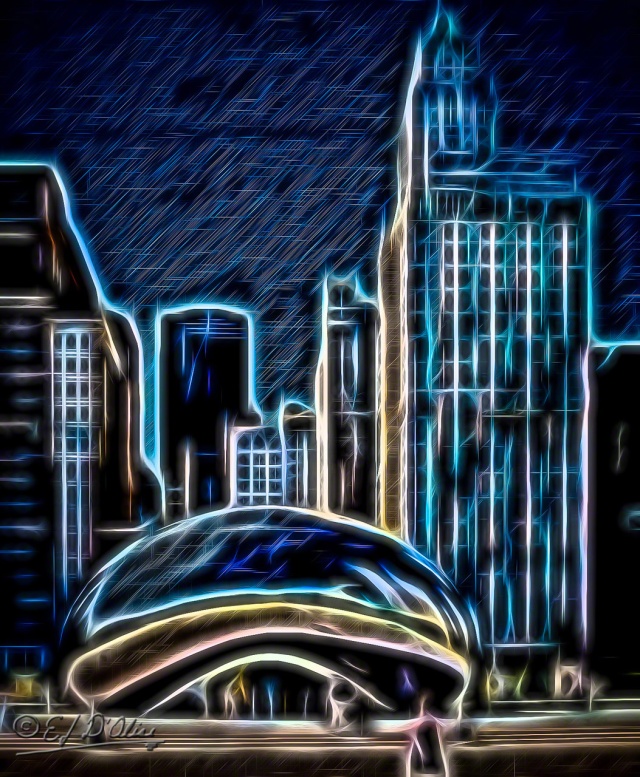 Well, I actually think one thousand words is sufficient to present an interesting story. What would you pay for a good night’s sleep? winds itself into the themes of sleeplessness, virtual reality, addiction, and dreams.

Three vastly different stories, all not what they were looking for. At this point, I suspect they are judging not the stories, but the writing. They assessment? . . .  “you ain’t work spit, you hack of a writer!“

Not discouraged, I hit them up with other offerings. Medoran History — Birro’s Early Years is my attempt to break into fantasy. By the way, I submitted the longer sequel to this story as a stand-alone to another market that might accept reprints.

Birro’s Early Years was rejected. The devastation to my psyche is difficult to express. I expect the sequel will suffer a similar indignity at the other market. The only bright spot with that one is their response time is longer. I’ll have a number of weeks during which I can labor under the delusion that it might be accepted.

Nah. Fortitude, I gotz. Once I exhaust all these other avenues, I’ll eventually collect all of these self-described gems and try to sell them on my own to unsuspecting readers on Amazon. If I can get a million people (that’s around 0.01% of the total human population – I think it’s doable) to buy a copy at 25¢ each, why, I’ll make $250,000.

With that kind of money, I’ll hire a good writer to ghost-write my stuff and I’ll make millions! I’ll be sitting pretty, I will be. 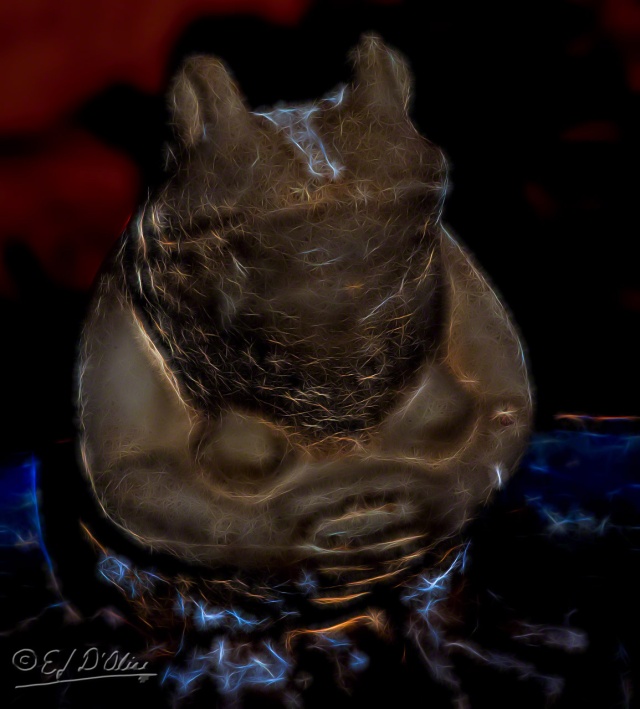 “You must stay drunk on writing so reality cannot destroy you.”
― Ray Bradbury, Zen in the Art of Writing

Once again, I’m screwed. I have zero desire to get, let alone stay, drunk. It also explains a lot about some of the stuff I read. I’ll let that statement stand on its own.

The last story I submitted is also a favorite of mine (surprise, surprise), Unspoiled Offering.

This too was rejected. I got to thinking about this and wondered if the title claims a bit of the blame. Specifically, the term ‘unspoiled’ which may elicit a negative response for some. But, that is a term that fits the narrative of the story. It’s not meant to reflect any kind of modern association or labeling.

Then again, I could be grasping at straws where none are needed. Perhaps, the writing just sucked.

“Start writing, no matter what. The water does not flow until the faucet is turned on.”
― Louis L’Amour

He’s right; I’m still living in the past, sitting on my meager laurels-less works, as it were. Perhaps the better advice comes from . . .

“We have to continually be jumping off cliffs and developing our wings on the way down.”
― Kurt Vonnegut, If This Isn’t Nice, What Is?: Advice for the Young

I presume he’s talking about writing, but he could just as well be referencing life in general.

I can’t wait until — through either blind luck or the favor of chance — I too will be asked to offer advice to help young writers. Mine would be very simple and direct.

“The words will fly at midnight . . . do not interfere with them.” – Disperser

“Hope you catch a break, and if you do make it, always claim that you knew one day you would. That fuels the hope of them who follow and who also labor under the delusion perseverance is all that matters.” – Disperser (a.k.a. E. J. D’Alise)

I think that strikes the right balance of encouragement and realism.

I really like treatment on this log on the water. Maybe, just maybe, I should give up on the idea of getting published and just concentrate on post-processing the tens of thousands of photos in my archives. 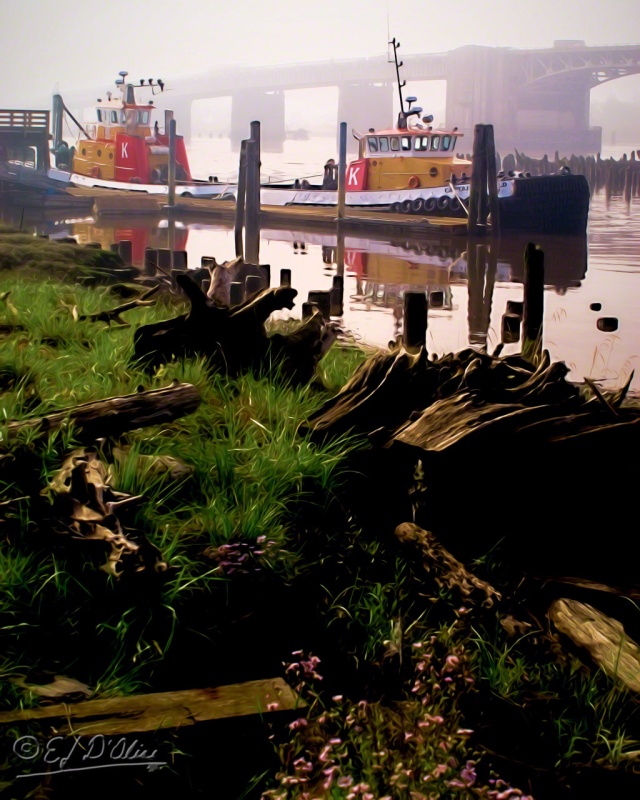 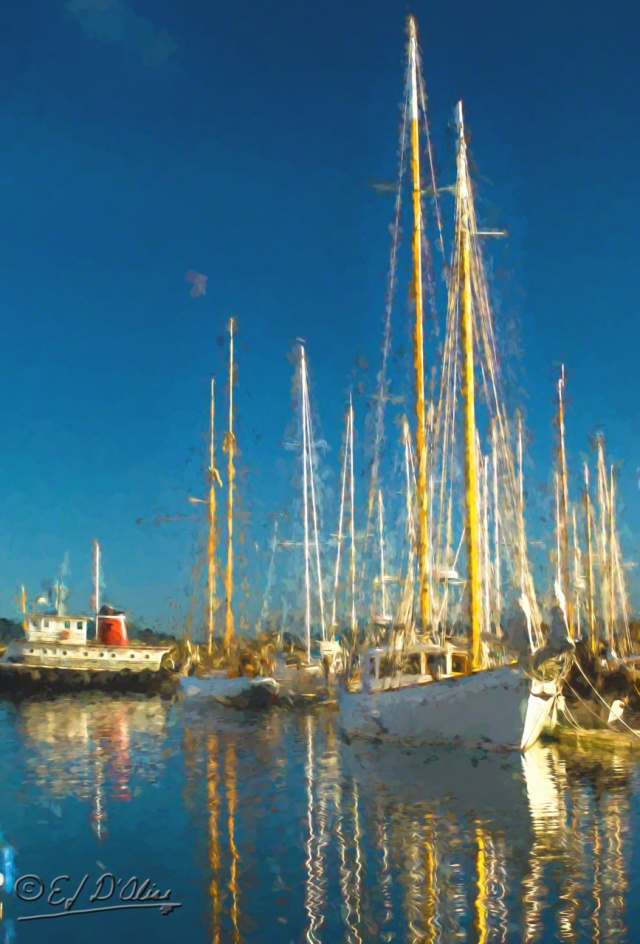 Of course, those are easy . . . how about reworking moths? 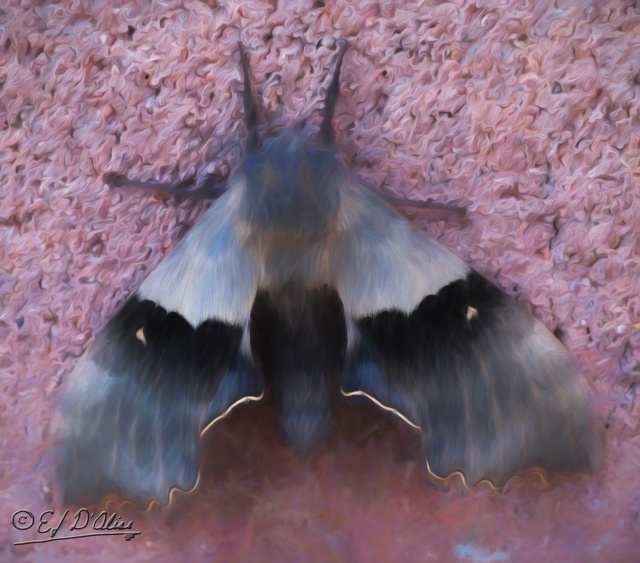 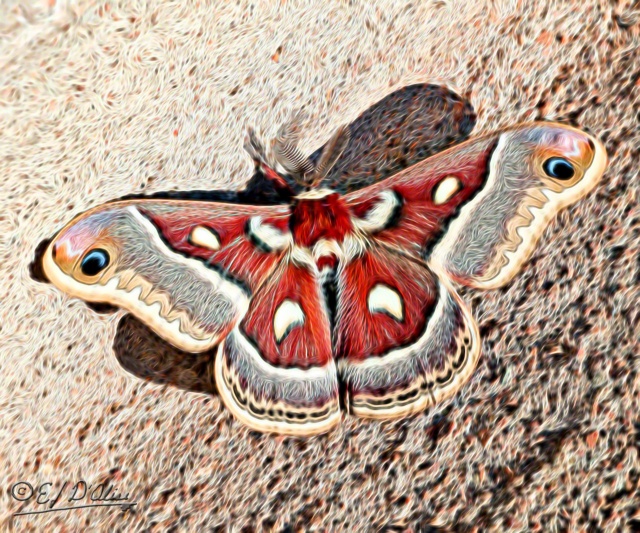 Honestly, the problem is that I can fake proficiency in many different things. I’d like to find one that will allow me to put forth the least amount of effort for the maximum amount of gain. Right now, I still think that’s this thing called “writing.”