Posted on 5December2015 by disperser

Forgive me, readers, for it’s been four days since my last post.

So, what have I been doing, you ask? Well, Bob, stuff. Stuff? Yeah . . . let me shoot off a few things at random and catch you up.

People who occasionally exchange e-mail with me might have noticed the removal of my long-time tagline from beneath my signature. It used to read:

“Winning enemies and irritating friends since 1953”

Yes, it was that color, but I’ve now removed it from my e-mail signature. Mind you, the tagline is still very much a truism and I see its removal a capitulation of sorts. You see, I’m embarking on a serious effort toward the goal of getting published. That translates into sending e-mails to people who are not all that familiar with the goodness that is me.

They might interpret the tagline more as a statement of pride rather than the truthful warning it’s meant to be. Really, it was never even a warning; it’s a truism, a statement of fact, if you will.  So, while the tagline is gone, it lives on. Normally this ability of mine, this knack, if you will, does not bother me, but occasionally it do, as in the last few days. When it do, it disrupts most of my activities and interests. The good thing? It don’t last long; I’ve always had what some people consider remarkable; a facility with moving on and putting things behind me.

So, what else is new? Well, I’m growing a beard again. I do so just about every year in the hope my beard has transitioned to all gray. This is the first year where I might end up keeping it.

I sported a beard for about twenty years or so, Starting in 1985 when our company (and me) were hired to provide analytical support and training to the then brand-spanking-new Saturn Corporation. An experiment by GM, it had the perfect environment for me to not worry about shaving. This is my first picture with a beard:

That was the first growth, and it was trimmed back shortly after that photo was taken to the more manageable length I  would sport from then on. My beard maintenance was pretty simple; every few weeks trim it way down and then let it grow again.

Here is a photo from 1996 showing my typical face covering. 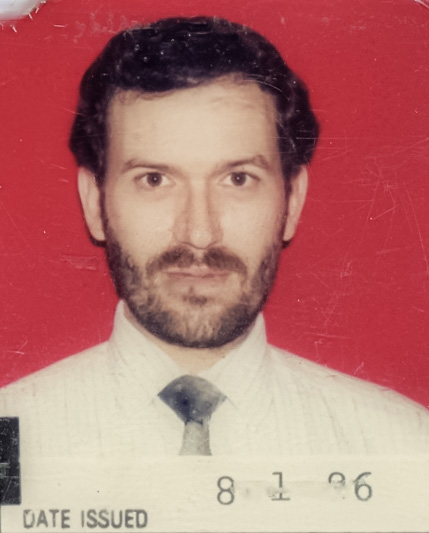 In the mid-2000s, gray hairs started making an appearance. I did not mind it at all . . . except that it did not come in even. I had splotches of gray and dark hair and from a distance it looked a bit as if I had forgotten to wash my face.

I occasionally grew the beard to see if it would come in even. This next GIF is from 2009.

So, where am I with the current effort? As I said, I might end up keeping it. I won’t know for another week or so. Right now, the beard is still not quite at the “distinguished and learned older gentleman” stage.

Meaning, it’s at the “creepy and deranged older guy” stage, but I have high hope for it. In case people are not clear on it; I don’t particularly like shaving every day.

In addition, the beard acts to soften the harsh and malevolent look of my normal visage. Oh, sure, I could try makeup, but believe me, it only enhances the creepiness factor. Don’t believe me?

I have a program called PortraitPro Studio. Its latest update added the option to apply makeup to the portraits one is enhancing. It’s meant for portraits of females, but you can easily fool the program. Using the above photo, I give you . . . Disperser in makeup.

Of course, that’s a photo from six years ago. With or without makeup, I now look much, much older, creepier, and in need of facial covering. As for the program, quite remarkable, at least in my opinion.

Not wanting readers leaving this post with the above image swirling around in their head, I give you some photos from past blog posts. Think of them as brain cleansers. 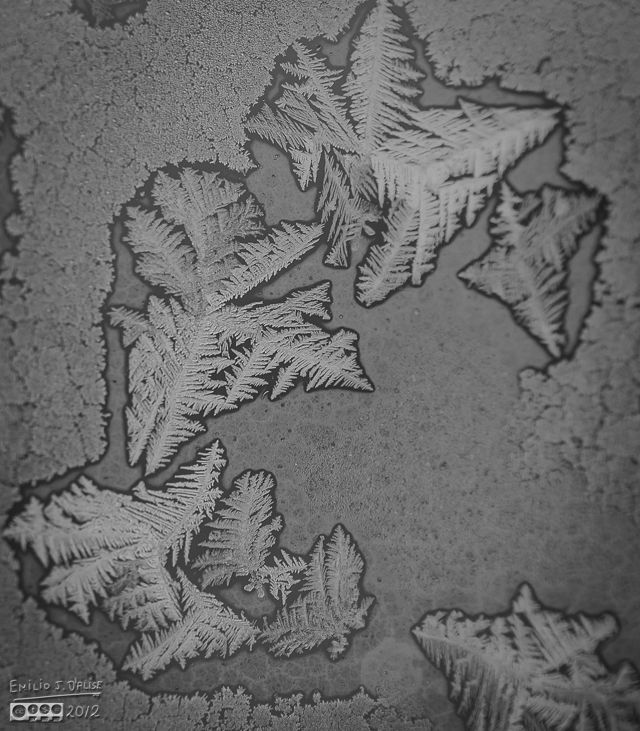 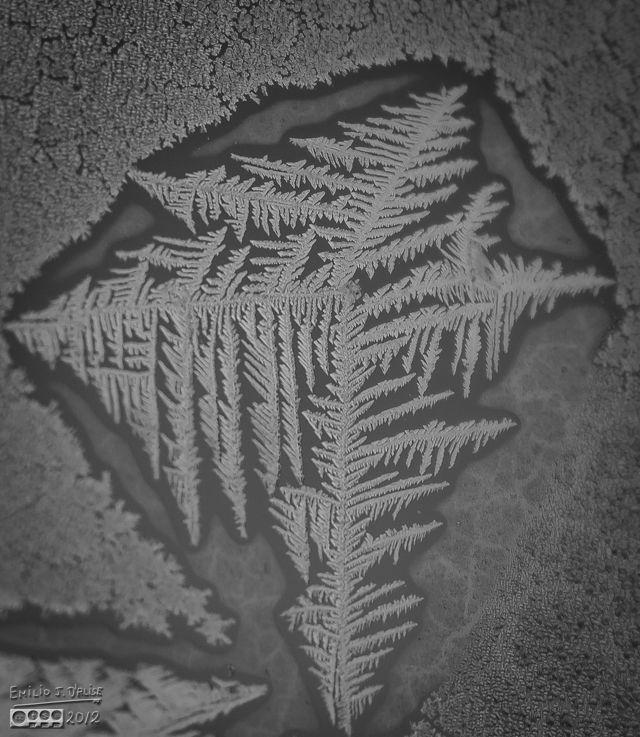 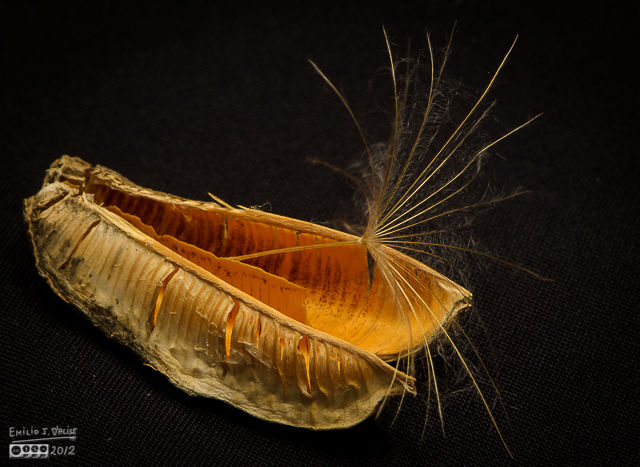 A Yuccas seed and a Salsify seed 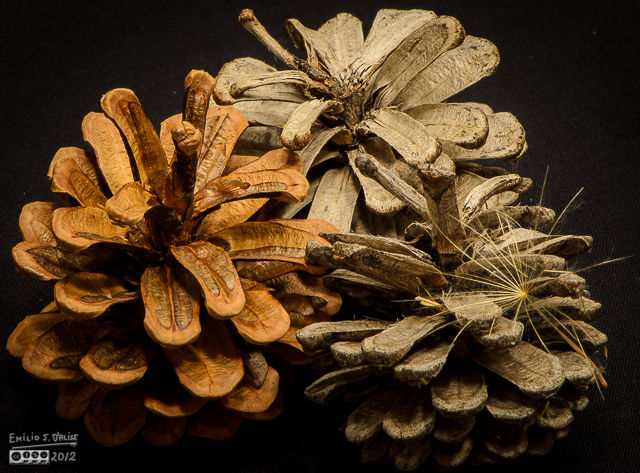 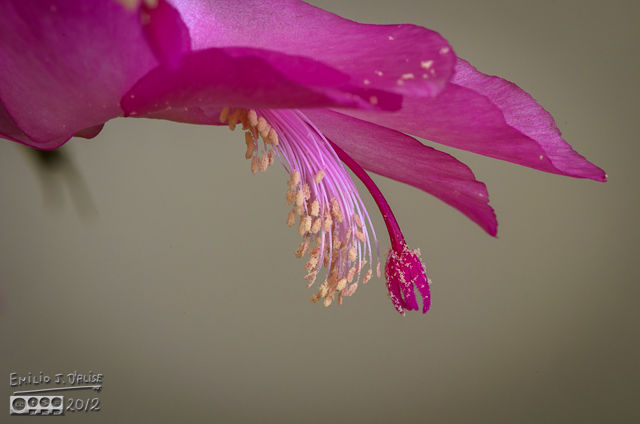 I’ll post an update on my writing efforts shortly, along with another chapter of the NaNoWriMo novel.

I hope this wasn’t too boring, but these kinds of posts help me get back on track and reinvigorate my desire to do stuff.

Odd guy with odd views living an odd life during odd times.
View all posts by disperser →
This entry was posted in No Category and tagged personal musings, personal stuff. Bookmark the permalink.

25 Responses to Disperser Update #615b