I be alive and well

Posted on 21October2015 by disperser

This is a quick post letting people know whether I am still alive.

I am alive. Not only that, I’m enjoying my time here at Viable Paradise XIX.

Also, because some might be missing my odd sense of humor, here is my response to a writing assignment.

The assignment was to write a story regarding “blue collar” supernatural creatures and labor relations or issues they might have. Throwing a wrench into the spokes of the assignment is the added instruction the story has to incorporate an object that is randomly distributed to each student.

This was my assigned object: 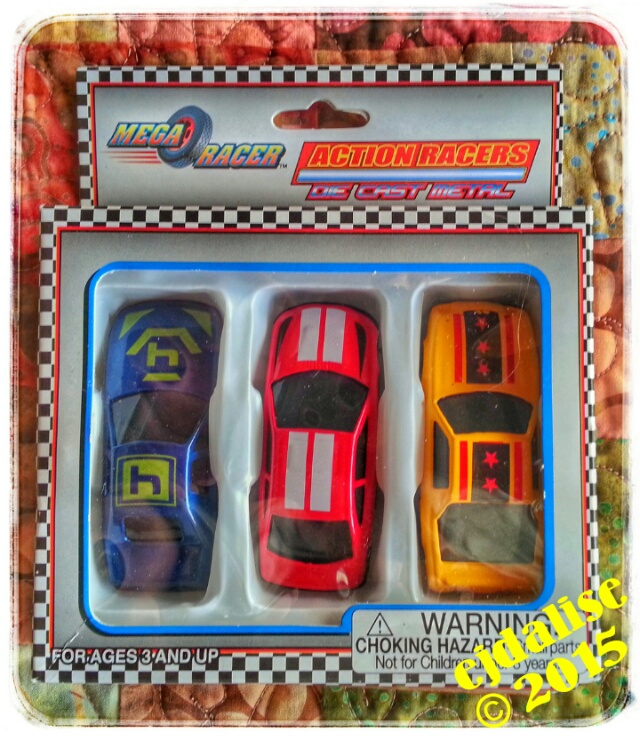 Here is my submission (not seen yet by others in the workshop, but then they don’t read my blog).

“Did you hear?” Orlag asked no one in particular.

Three voices replied in near unison.

“I heard The Writers have a new Negotiation Team,” he said in answer.

The mood in the room changed. Conversations broke out, and an underlying tension gripped Company C of the Black Crow Orc Battalion.

“That can’t be good. Do we know their names?” Bahig asked.

“No,” Orlag replied. “All we know is they are up-and-coming writers; writers who will shape the genre for years to come.”

Bahig, one of the elder Orcs, despaired; a new negotiation team was bad enough, but new writers meant unreasonable expectations and less propensity to compromise. The news dashed his hopes of ever seeing an Orc in a lead role.

It had taken years of begging and concessions before the previous team of writers agreed that even supporting characters deserved their own voice and narrative arcs.

New writers invariably felt entitled to total control over the action and narrative of all characters. While that could be good, new writers lacked experience, and that meant trouble for supporting characters. Underutilized, voiceless, and nondescript Unwashed Hordes littered the works of new writers as no more than fodder to word count goals. None suffered such fate more than Orcs. Why, even politicians, the slimiest of characters, got leading roles. Orcs were just there to be slaughtered.

Orlag, alone, sat across from the three writers. By having only one negotiator, the Orcs hoped they presented a united block and single strong voice.

Orlag smiled at the writers. Rather, his face contorted trying to mimic what the humans and elves described as smiles. He had practiced smiling by looking down at his reflection in the waters of the Lake of Lost Souls, but had never gotten good feedback; the souls liked floating up and looking at the world through any reflections on the still waters, but not his.

His best effort still had him look like someone hungry for freshly cooked babies. Of course, these days Orcs did not eat babies. That had stopped with the First Contract.

The writers ignored the smile and started right in with their demands.

“First of all, the good news; we’d like to increase the number of Orcs. These days, everything is EPIC; we’ll need hosts of multiple thousands. Somewhere around ten thousand will do.”

Orlag scratched a symbol on his tablet. “Many,” he wrote.

“Second, we need higher quality armor; the advent of HD movies demands better descriptions in the source material. Otherwise, those Hollywood types will make stuff up as needed.”

Orlag replied while trying to keep the spittle to a minimum. Multiple rows of teeth sounded great, but there were practical problems associated with the design.

“That is a cost borne by the writer,” he said.

“Personally, I would pass it on to the filmmakers, making them cover the cost,” Orlag continued.

The younger of the writers looked at Orlag as if only now noticing his presence.

“But if we don’t detail everything, they will make up whatever they want!”

“They will do that anyway,” Orlag answered, wondering if these guys ever went to the movies.

“Good point,” the older of the new writers said. “Let’s move on.”

The young writer looked back down at the contract.

“Dwarves Phalanx: they looked cool in a movie, and we want to incorporate it in books,” he said.

Orlag knew that scene and thought it odd that dwarves would carry long spears. Their advantage is being low to the ground. Those little bastards hit low and wielded axes. The last time he had gone up against them he had lowered his breastplate enough to protect important bits, but it took weeks for his bruised shins to heal.

A minor point, he conceded it for leverage later on.

“We also want to increase the number of Elves,” the other writer said. “The three hundred Elves limit negotiated a few years ago is confusing readers; they think of it as a reference to Spartans. Also, the Spartans copyrighted “300”, and we can’t use it anymore.”

Orlag took a sip of the brownish water in front of him before replying.

“Look,” he said, “we’ll agree to a larger number of elves, but you need to lower their individual awesomeness. You can have, at most, one elf that is untouchable, never gets hurt, flies through the air, walks on clouds, and is a total Mary Sue.”

“Hey, that gives me a great idea!” one of the writers said. “We’ll add an awesome female elf! We might even give her a love interest.”

“If you have two awesome elves, we Orcs might as well not even show up. No one would believe us a credible threat,” Orlag replied.

“How about we make her a bit less awesome?”

“Alright,” he said, “but you still risk believability.”

He conceded on a few more demands that might prove annoying but were manageable, and then felt it was time. Orlag was a straying, rather than sedentary, type of negotiator. He stood and began pacing the room as he made the pitch dear to Orc’s misshapen hearts.

“One last thing; we would like an Orc as a main character,” he said.

The writers all looked up at Orlag at the same time. Again, he smiled.

“That’s just not done. At best, we can give a prominent role and increased screen time, but no backstory and no narrative arc.”

“He wasn’t bad,” Orlag argued, “but ultimately he was just fodder serving up readers with a cathartic moment after Théoden’s death. He had no narrative, no background.

“We Orcs are looking for someone to inspire us to better things. For instance, we don’t know where we came from, and it would be nice to have a few Orc females. I mean, human females are fine as females go, but they are frail. Good eating, but Orcs can’t live on food alone.”

Orlag’s voice rose as he spoke, his enthusiasm evident in his animated and earnest mannerism.

“Perhaps a tragic beginning, a fall from grace, if you will, or some other origin eliciting a bit of sympathy for our cursed existence.”

The writers looked at each other. Orlag could see the spark of interest in their eyes. It could be something, or it could just be the hubris of new writers thinking they might stumble on an original idea. It would likely go nowhere as they lacked the depth in their craft to pull it off. Still, something was there.

But, no. In the end, the older writer passed down their decision.

“It’s an intriguing idea, but we realize our limitations. We don’t think we have what it takes to make it work.”

“Are you kidding?” Orlag said, “I heard of a writer who once incorporated Mega Racer Action Racers Die Cast Metal Toy Cars into a story with Orcs.”

The Older Writer shook his head as he answered.

“That’s an urban myth. Besides, even if the story is true, the rumor had it as an assignment for Viable Paradise. It never became canon, and it never went anywhere. As far as we know, the writer was subsequently shunned by the publishing industry.

The group sat in silence for a few minutes.

“You know,” the youngest writer said, “that same writer did write a couple of short stories about two half-breeds, one half-Human-half-Elf, and one half-Orc-half-Elf, falling in love and eventually bringing about peace to all the races. The Orc father did have a decent narrative and story arc. He was a sympathetic character as well.”

“Yeah,” the older writer said, “I remember that; no one liked it.”

In the end, the only concession Orlag got was to ban the appearance of Mega Racer Action Racers Die Cast Metal Toy Cars in any future story with Orcs.

Heading back to the barracks with the contract in hand, his thoughts drifted to self-introspection. Dreadful.  Dreadful. DREADFUL. Was he destined to endure the agony of insignificance for the remainder of his life?

Standing at the base of the stairs, he looked up at the barracks. Suddenly, his whole existence seems silly, devoid of any reason, lacking any substance or meaning.

A drowned sort of yellow light clamored for attention. What light in the West breaks? Is it the sense of desolation and melancholy washing over him?

To be, or not to be, that was his question. Whether ’twas nobler in the body to suffer the axes of dwarves and arrows of elves or to take arms against the sea of men, and in opposing end them: to die, to sleep. Perchance to dream.

He sighed and wearily climbed the steps.

For them who want more, I will remind them of the roughly 1,400 other posts on this blog, many almost quasi-interesting. If one is in need of a Disperser fix (something one is hard-pressed to imagine), I recommend tip-toeing through the amply populated field of previous posts . . . but mind the cow chips and land mines.

16 Responses to I be alive and well