Since I often mention our flowerbeds, I figure I should mention how they came to be.

Spring and Summer 2006 saw a fungus attack the grass in our front yard.

Notice the small flowerbed on the left lower part of the photo. A few plants, a couple of rocks, and some cheap plastic edging separating its boundary from the surrounding grass.

These next photos show our upgrade of the original flowerbed. We did the little one before tackling the larger area. 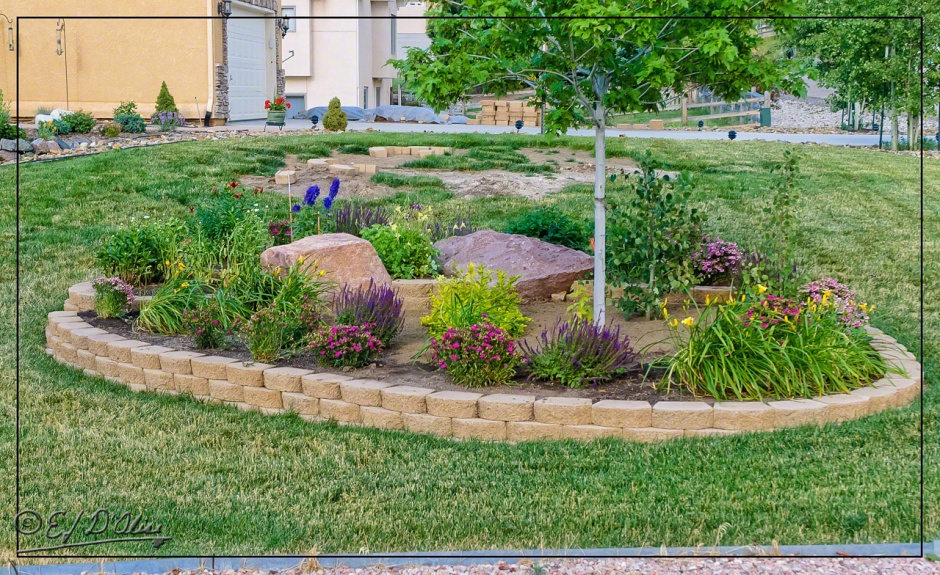 You can see the blighted area behind the newly redone first half of our flowers showcase.

We decided to expand the original flowerbed and provide a level planting area for new flowers. Therefore, we split it into two levels incorporating the existing rocks in the boundary between the two levels. Well, actually three levels, but the third is a very small area. 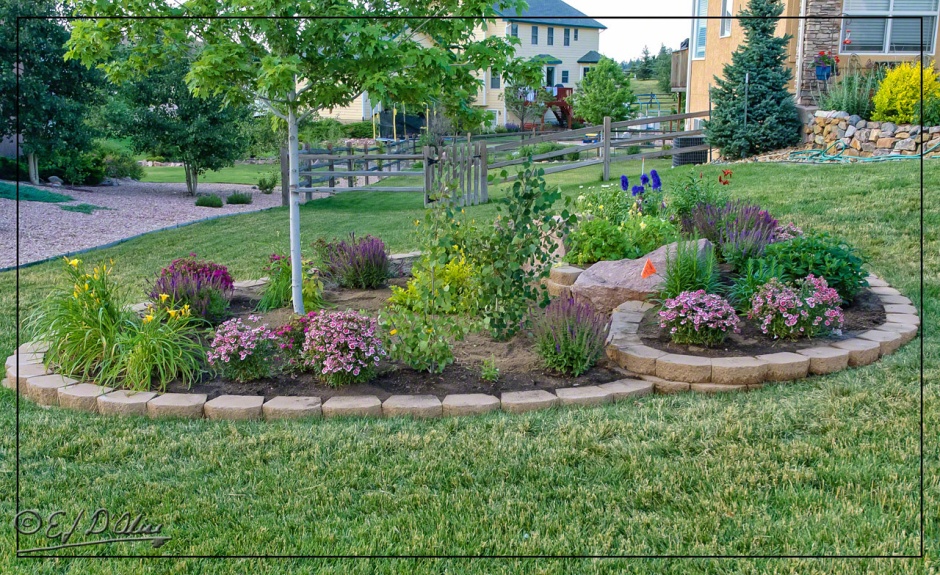 Of course, that was relatively easy compared to what awaited us.

I had not documented our efforts in the construction of the first flowerbed, but remembered to do so for the second one. 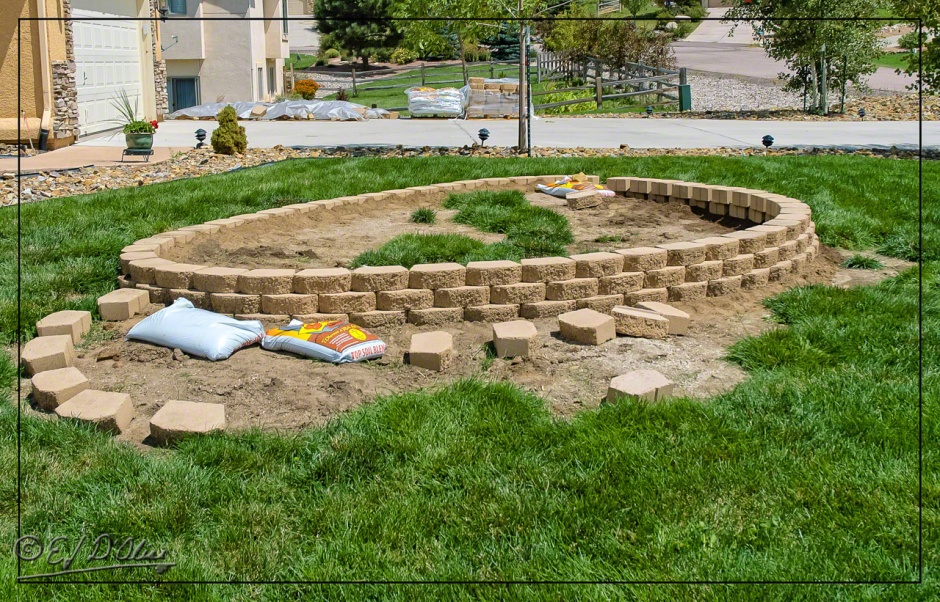 If you are like me, easily confused and fooled, you would rightly think the thing is lopsided. Not level, even.

Still, when you look at the construction from above it does seem out of plumb.

However, trusting in measurements and not my perception, we persisted.

We moved a lot of stones and a lot of dirt, and there is a satisfaction to constructing something that is hard to match with anything else.

A couple of years later we were still working out what we were going to plant in the new flowerbed. We had split a salvia and moved it up there, but not much else had yet happened.

Notice something else, as well. Green grass. Not just in front, but out in back. 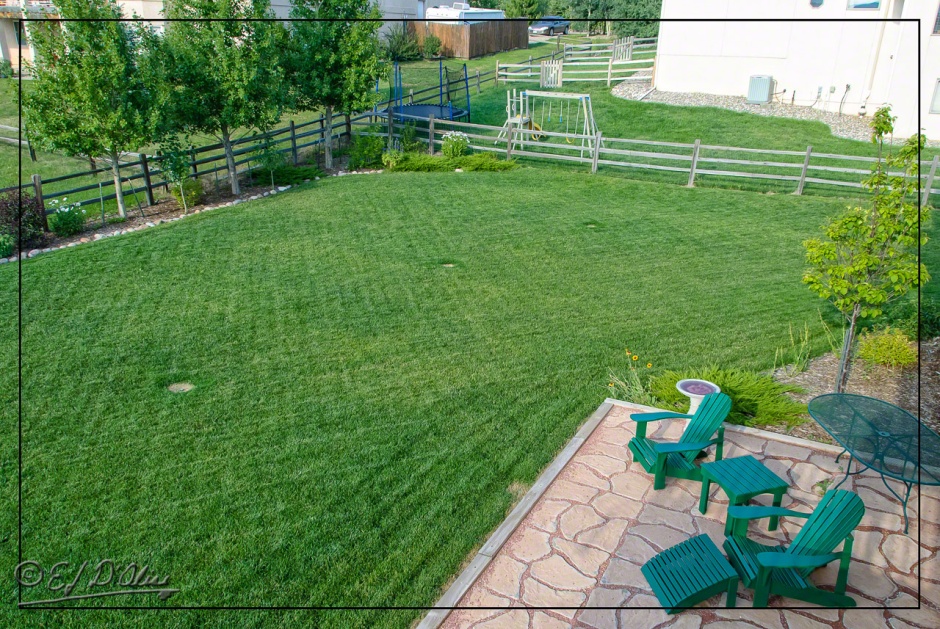 Those were the pre-drought days and the days before $480/month water bills. These days, the grass has to fend for itself.

But back to the flowerbeds . . . here’s what they look like now (a week ago). 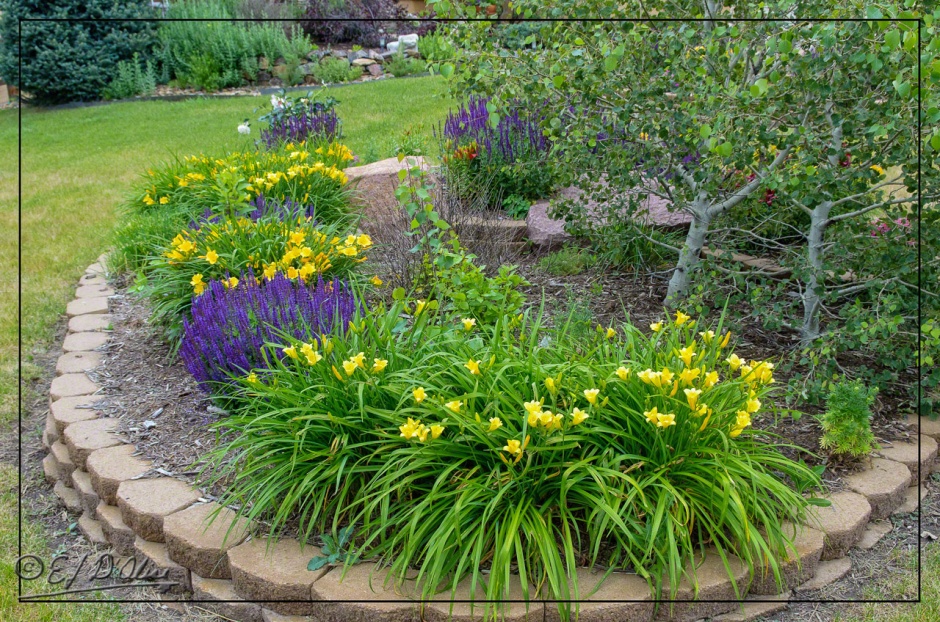 One thing I am proud of . . . none of those stones moved, and they look as good today as they did eight years ago.

Note: if you are not reading this blog post at DisperserTracks.com, know that it has been copied without permission, and likely is being used by someone with nefarious intention, like attracting you to a malware-infested website. Could be they also torture small mammals.

Please, if you are considering bestowing me recognition beyond commenting below, refrain from doing so. I will decline blogger-to-blogger awards. I appreciate the intent behind it, but I prefer a comment thanking me for turning you away from a life of crime, religion, or making you a better person in some other way. That would mean something to me.

About awards: Blogger Awards
About “likes”: Of “Likes”, Subscriptions, and Stuff