As I get to know more about my fellow Viable Paradise 19 class attendees I am corrected about a major misconception. The class is not as “young” as I thought. I assumed the majority would fall into the 20s-30s range of ages, and while there are some in the 20s and 30s, there are more in the 40s and up. There are even a few approaching my age, but so far I maintain seniority (age only).

In hindsight, that stands to reason; tuition is not cheap, travel is not cheap, and lodging is not cheap. Someone farther along in their real-world career probably has a bit more resources than someone just starting out.

Regardless, the level of enthusiasm is still high, and people are looking forward to the experience. It’s because it’s so high that I assumed a younger crowd . . . I must be the only old person with a subdued demeanor.

There is a hashtag of “#VP19” for people to connect and easily track posts about the workshop. Past workshops attendees identify themselves as, for instance, having attended VP XVIII (Viable Paradise 17).

The class I will attend will be Viable Paradise XIX or VP XIX.

Following that logic, attendees could be called VPers XIX . . . to me that sounds like the word “vipers”, so I suggested an idea for a logo.

I suggested this class call itself Vipers XIX and run a logo of a viper rising from a book in place of the letter “s” and biting into the roman numerals. Of course, descriptions are difficult to visualize, so I drew a sketch . . .

One thing should immediately be evident to all . . . namely, them people who insist there is an artist within me are a tad generous with their assessment.

I suggested the above as a starting point for someone with actual graphic art skills to embellish and take to the next level. For instance, perhaps the snake should be biting into a book since we all have aspirations of getting published.

The conversation then morphed into possibly getting tattoos, t-shirts, or mugs.

Well, crap . . . if we are going to do something serious with this, I thought I should give it a better effort. I grabbed a freely licensed snake sketch from THIS SITE and made a more serious effort using Photoshop.

I know at least one person (not a fellow Viper) said they preferred the one with the anemic snake . . . I’m not sure if he was serious or not.

Honest, I’m not married to the idea or even this logo; I reiterated my suggestion other VPers, VPers with actual talent, put forth their suggestions. We’ll see how it goes.

The above is the most work I have done in Photoshop in the last three years or so. I mean, I use it for photographs, but only to merge panoramas, merge layers, and so on. I don’t actually edit the photographs in Photoshop.

. . . and then I chanced on THIS POST which pointed me to THIS CHALLENGE.

For them too lazy to click on the links (or them with a pathological aversion to doing so), let me briefly summarize the challenge. Take an existing book cover, in this case, this one:

Using one of your own B&W photographs, perform a cover makeover. 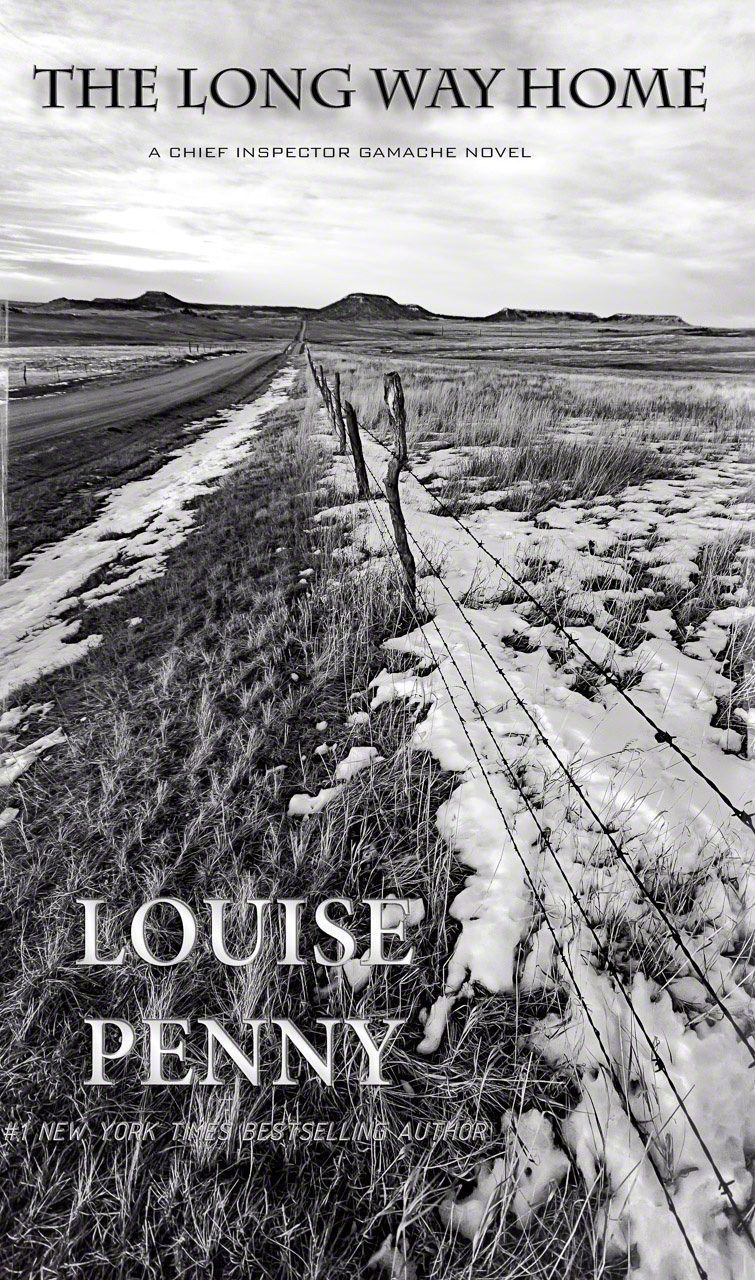 I was not happy with the impact of the name; I thought it blended in too much, so I tweaked it a bit.

It’s a subtle change, but I think the name stands out more.

We have arrived at the reader participation section of the post:

I should stress I have not read the book or even heard of Louise Penny. I assume there is a high likelihood both covers are a serious mismatch of the book’s actual content; I was just going on the title.

If the story has a Metropolitan setting, neither covers make any sense.

Anyway, that’s it. This post has ended . . . except for the stuff below.