Posted on 8May2014 by disperser

I offer you the shells that insisted on ‘solo’ shots. 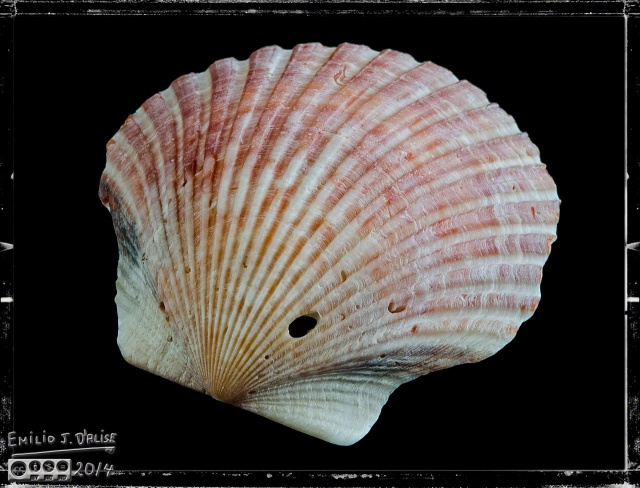 This is the part where I try to inform and educate. A bothersome, thankless, and mostly useless endeavour sisnce people are, as a rule, highly resistant to learning anything. Still, I will talk about radulas and Whelks.

By the way, you can click on the individual photos to get a larger version of them.

Notice the two holes on the shell in the above photo? Aside giving it the appearance of an egyptian mask, or of a snake flaring its neck, it’s also an indication a radula was at work.

Radula is “a minutely toothed, chitinous ribbon, which is typically used for scraping or cutting food before the food enters the oesophagus. The radula is unique to the molluscs, and is found in every class of mollusc except the bivalves“

A bivalve, or its remains, is what we are looking at, and specifically, a scallop. The radula that made that hole was likely being wielded by a sea slug which, in conjunction with some secreted enzymes, literally scraped the hole in the shell, allowing the slug to eat its inhabitant. You can read more interesting facts HERE.

In my opinion, scallops could do with some kind of Castle Law . . . provided they packed some weapons. Anyway, the slug makes the hole, and kills the organism within the shell. This relaxes the powerful muscle holding the two halves of the shell closed, giving the slug access to the delicious meal inside. 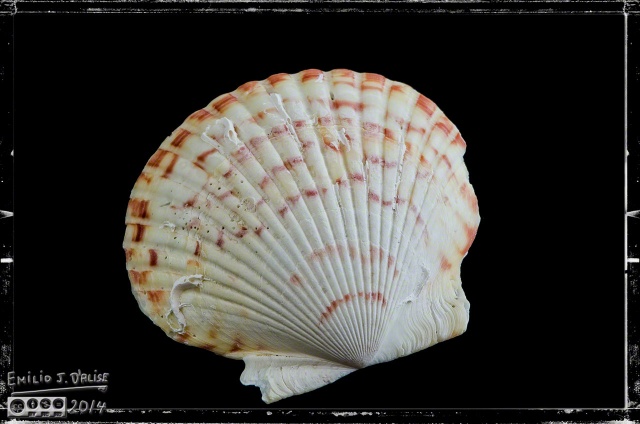 Of course, many shells have no such hole (unless it’s on the other half), and that might be attributed in part to the symbiotic relationship between scallops and dragons (as in the above photo) . . . or maybe it’s a serpent. Regardless, it’s a neat addition, and it goes well with the coloring. 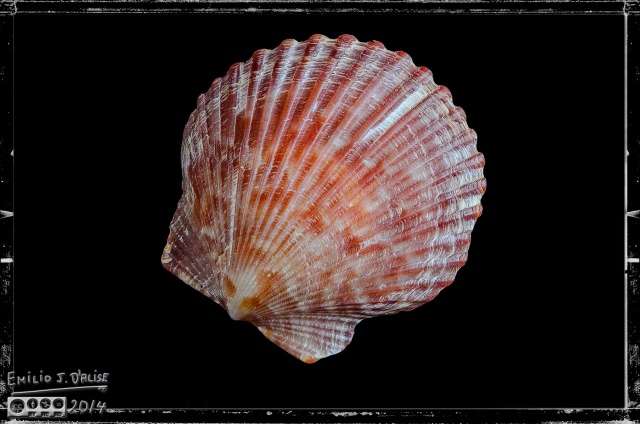 This shell is particularly striking. I don’t know why the coloring  . . . it could be a byproduct of the food they eat, or maybe a reflection of the environment they inhabit, a form of camouflage. Whatever the reason, it made me pick it up and carry it 2,000 miles to end up here with me.

By the way, HERE‘s an interesting “epic” rendition of a well known x-mas song. Nothing to do with the shells, but it struck me odd finding it in an Epic Music mix.

Anyway, in contrast, this next shell seems almost bland in comparison . . . 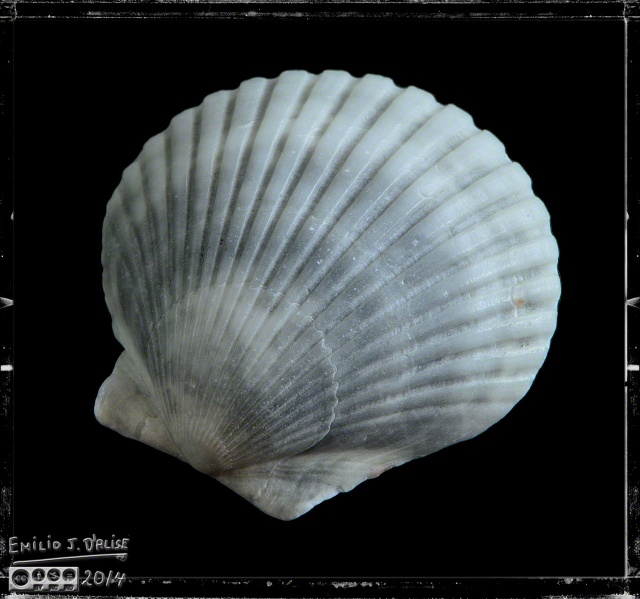 This next one does not remind me of anything, but I like the coloring. 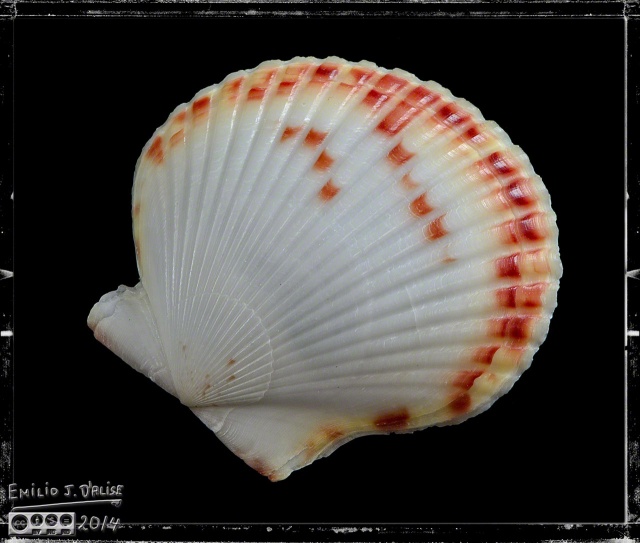 This next one reminds me of an ancient statue, perhaps one of the Titans. Specifically, Hyperion. 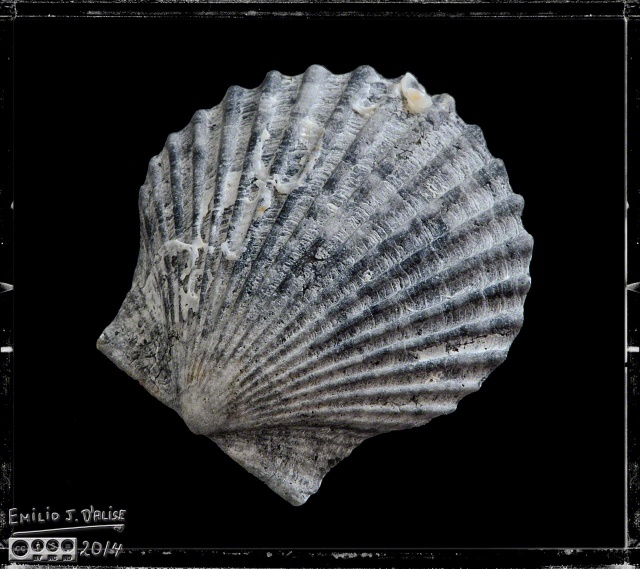 Or, perhaps, it’s more like the moon Hyperion. Maybe it has nothing to do with either, and I just like the name Hyperion. It has a vague ‘class-act’ sound to it. 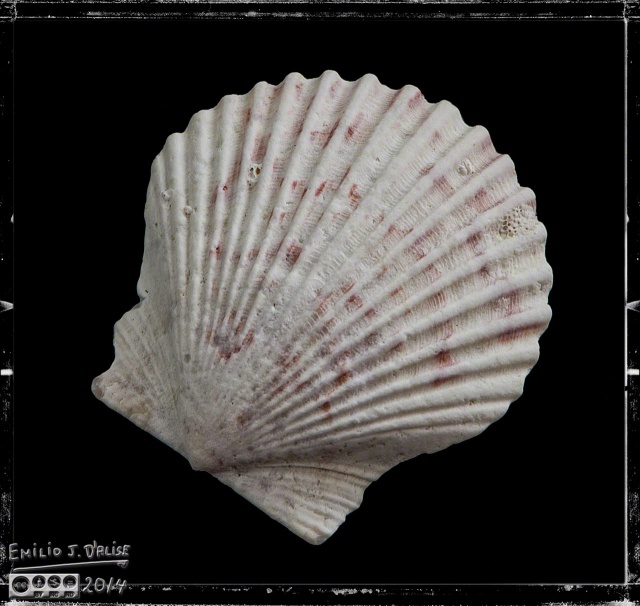 The shell above looks like it’s been through an ordeal of fire, so I associate it with Prometheus. Youngsters reading this probably lack education in Greek mythology (among much they likely lack), so they are thinking of the stinky-poo movie by the same name. Not so; click on the link.

I think this next shell is the most elegant of the lot, and it reminds me of corrugated aluminum. 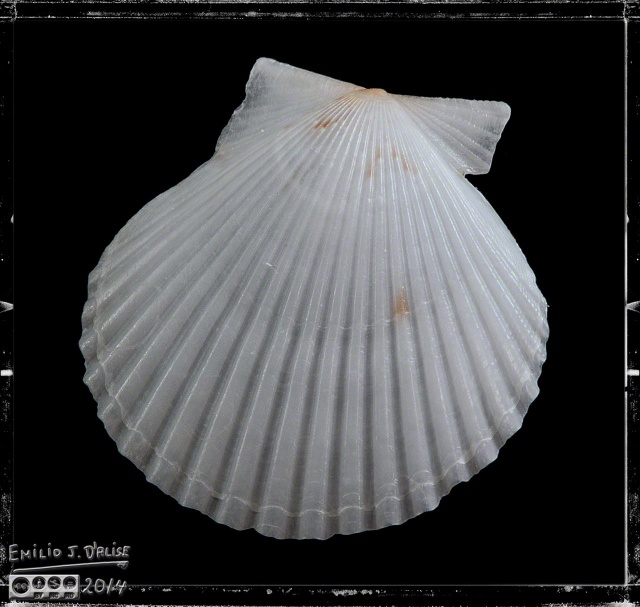 This next shell does not show all that well, but I had promised it a spot, and I am, if nothing else, a man of my word.

And, really, its deep groves point to wisdom beyond its apparent age. It deserves some respect.

This next partial shell was showcased in an earlier post, but I like it, so here it is again. 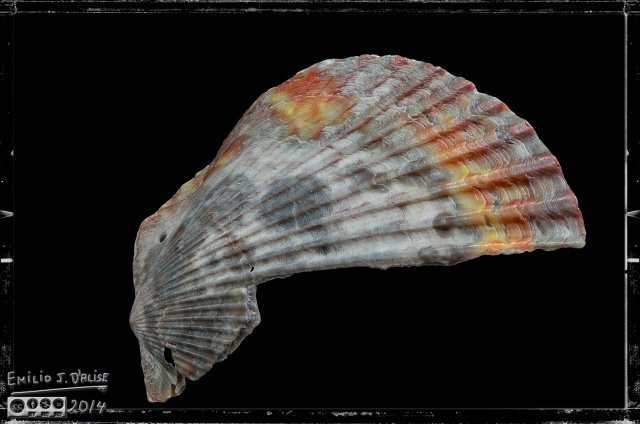 This shell reminds me of all the Great Empires of Men throughout the short history of humans as apex predators. Namely, they look good, but will eventually fall to someone poking a little hole in their false security borne out of self-importance, greed, and arrogance.

Plus, it screams for some bold post-processing. 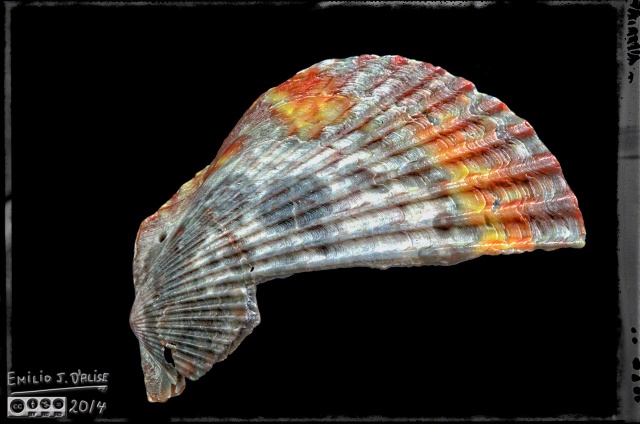 Next are three remnants that although not flashy have a powerful presence. 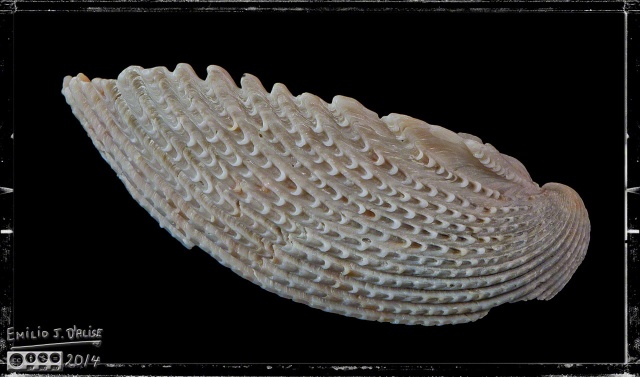 That one is definitively worth a click to examine the intricacies of the shell texture. Amazing stuff. I call it “Angel Wing”, after the vampire with a soul. 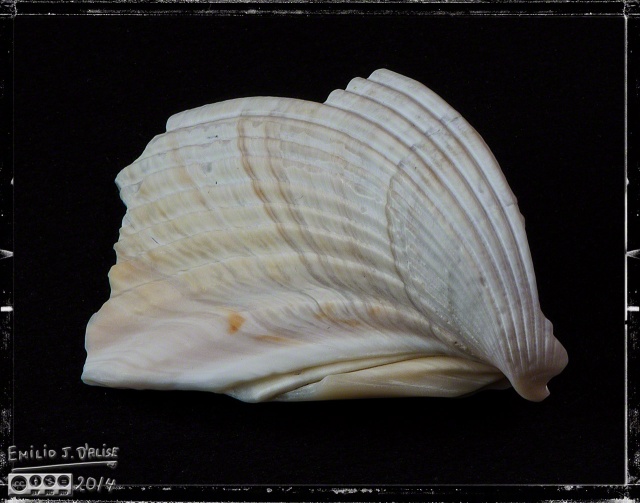 I call this “Nymph in Repose” . . . it evokes an almost sad, and nearly tragic, feeling as it bows to the world that surrounds it. 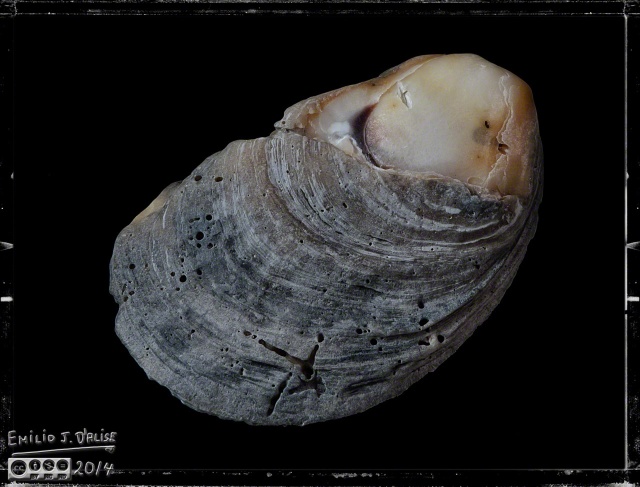 It bear the mark of the Illiterati, and it looks mean . . . scary stuff!

All photos I post in The Macro Files also reside in the SmugMug Category “Macros” under the appropriate gallery, in this case, Shells – Second Batch.