Posted on 8August2012 by disperser

On the way up to the Mount Evans Summit we stopped at the Dos Chappell Nature Center. Adjacent to it is the Mt. Goliath Natural Area.  The following are all from that area.

At first glance some of the area had a cultivated look . . . but later I saw similar arrangements in areas which were obviously untouched by cultivatorists (I love making up words). 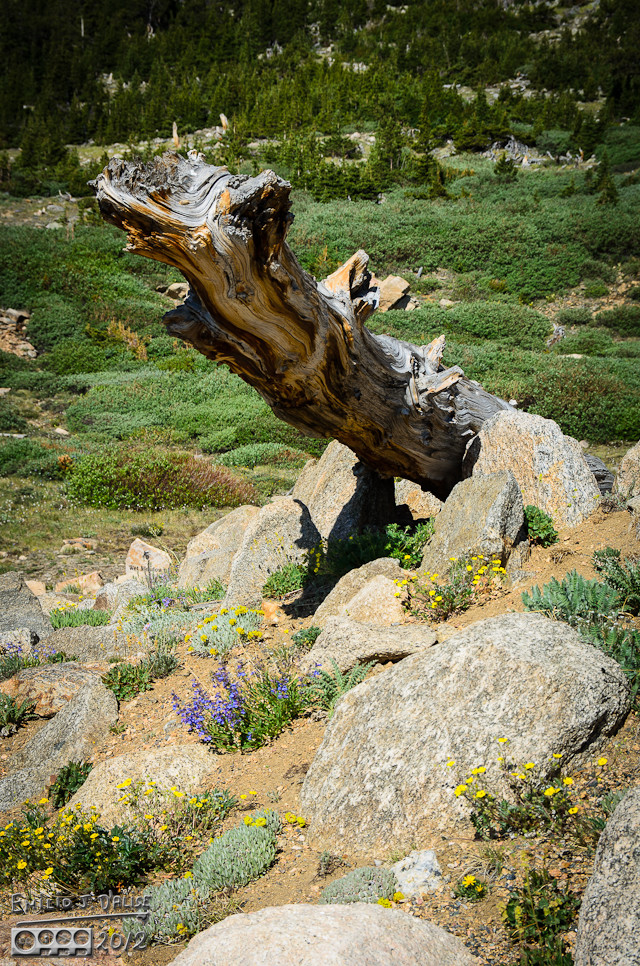 The trunks certainly looked staged since there were no trees in the immediate vicinity.

A map of the area.

A legend of the flowers in bloom.

Of course, the first ones I photograph are not listed. Other sources tell me it’s a Rose Crown flower. 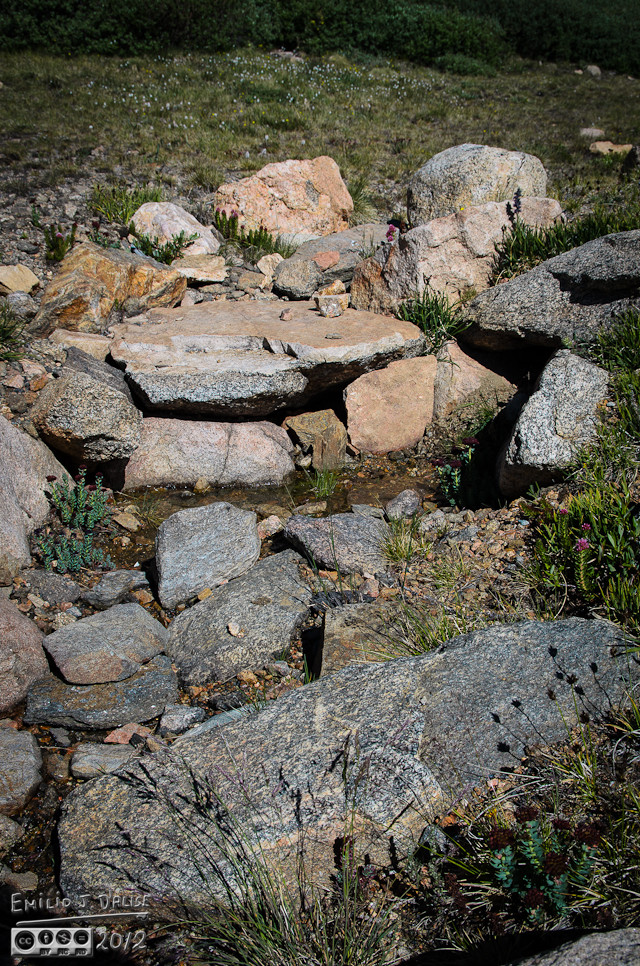 This looked to be a natural spring, but for all I know there’s a pump buried under those rocks. Or the drain from the bathroom of the visitor’s building.
. . . it tasted OK . . . 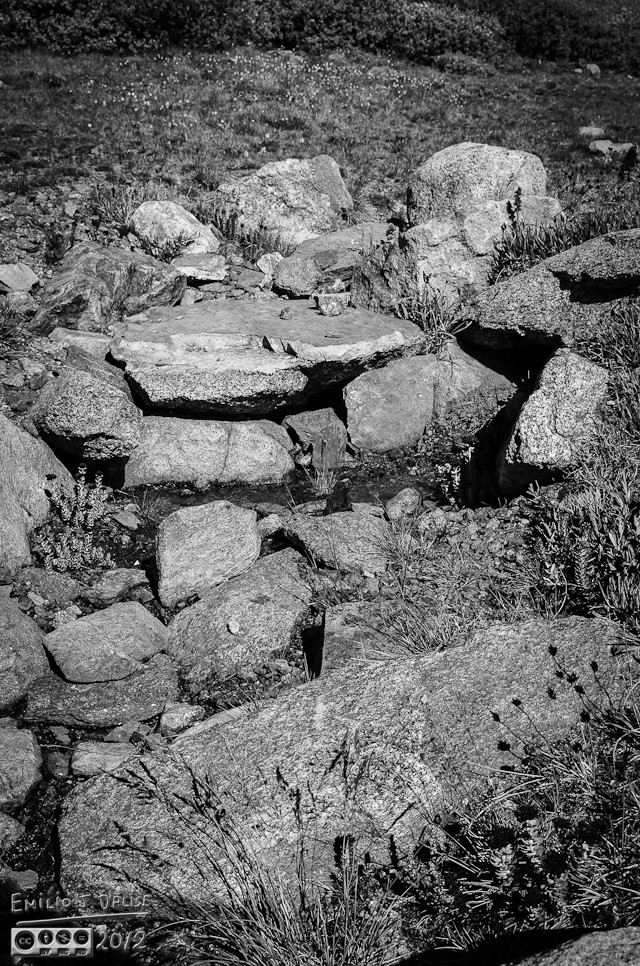 Giving a shot at B&W 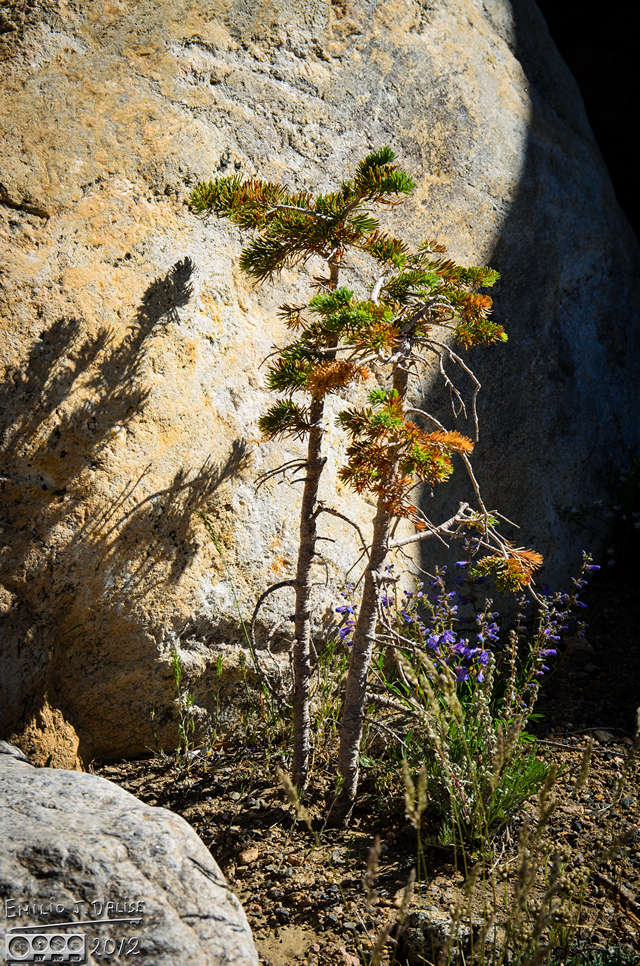 I like the combination of small pines, flowers, and the rock protecting them. 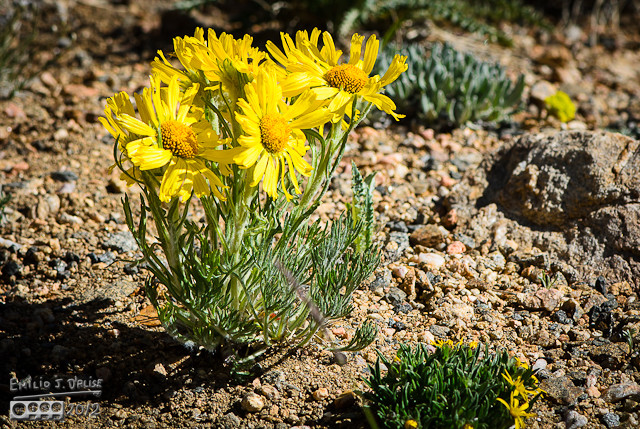 Old Man of the Mountain. These flowers are very showy, and always face East.
. . . except that one guy who is facing Alpha Centauri.

Very nice and delicate flowers, these are Fendler Sandwort Flowers. 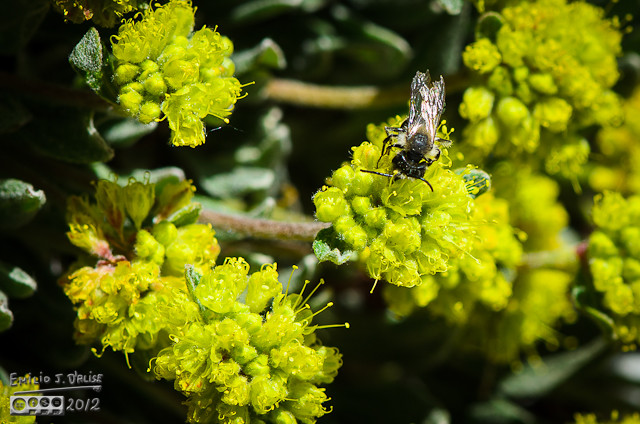 I think these are James’ Wild Buckwheat Flowers . . . unfortunately, the bug made me zoom in a lot, so I can’t see the plant very well to confirm the identification. Damn bug!

Could not find these rascals anywhere, so I will name them myself . . . Campana Viola Mucho Bunch.

Did I mention I was in the mood to try different treatments?

Now, it is true they are subtle variations (for instance, I did not change the colors much), but they are treatments nonetheless.

. . . how imaginative . . . I would have named it Exploding Purple Cone of Doom. 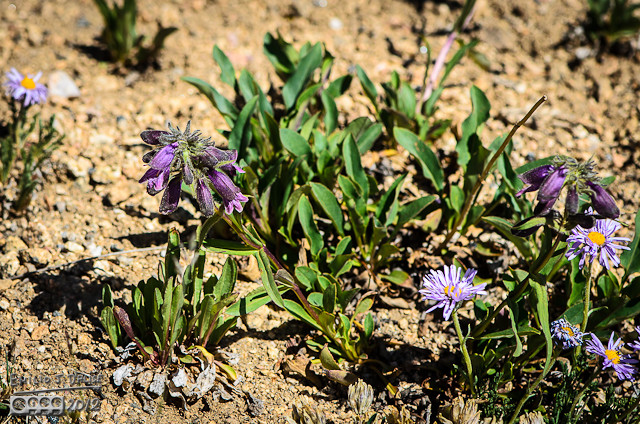 OK, I can’t beat Beardtongue . . . but it gives me ideas for future namings.  Look for Morose Mustache Mucus, and Jumping Earhair Lobes.

Yellow Stonecrop flowers . . . aptly named, but to me they look orange. But yes, the flower is yellow.

There are more shots of Stonecrop plants in the gallery than any other flower.

I do love the color and shape of the plant and flower . . . why I photographed them more than others. 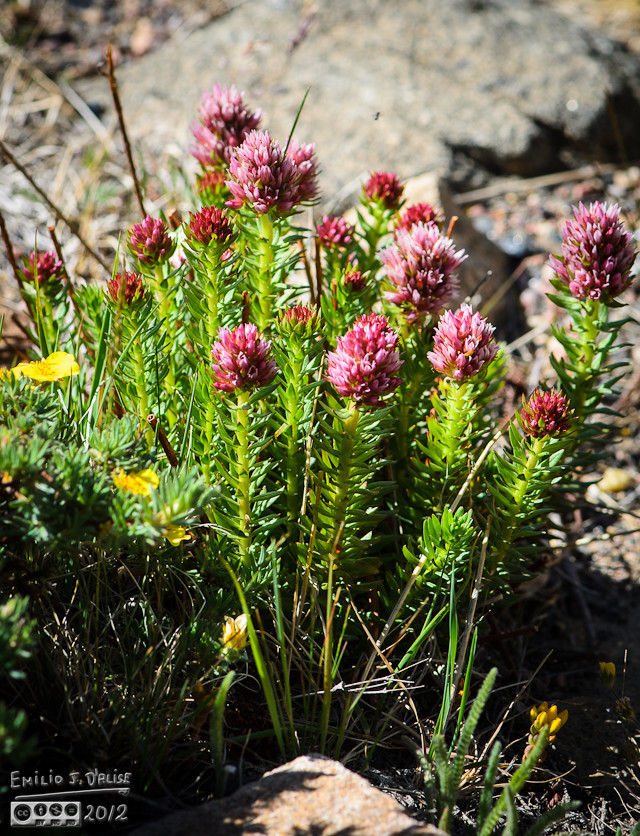 My buddy! Stonecrop! (always have to be careful how I say and spell that).

Twisted Log . . . great name for a politician.  Describes both character and function.

The blue-purple flowers are (likely) Rydberg Penstemon Flowers, but the ones that are still closed I could not identify (I will have to get me a couple of books on wildflowers). And, of course, some Stonecrop mixed in there. 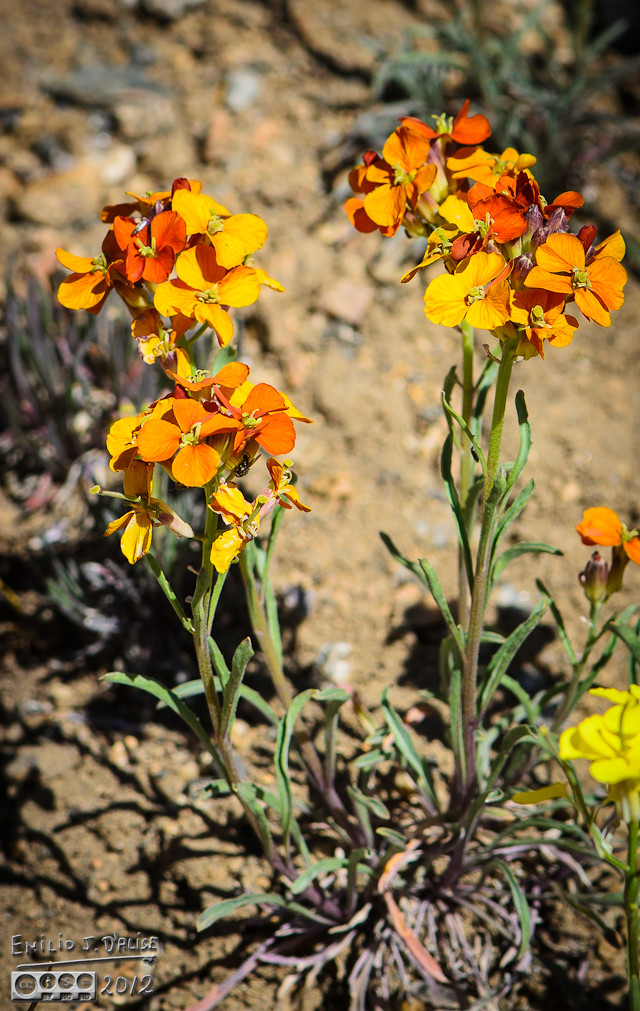 At first I thought these were Alpine Wallflowers, but on closer examination I think they are Western Wallflowers.
Regardless, I like their colors. 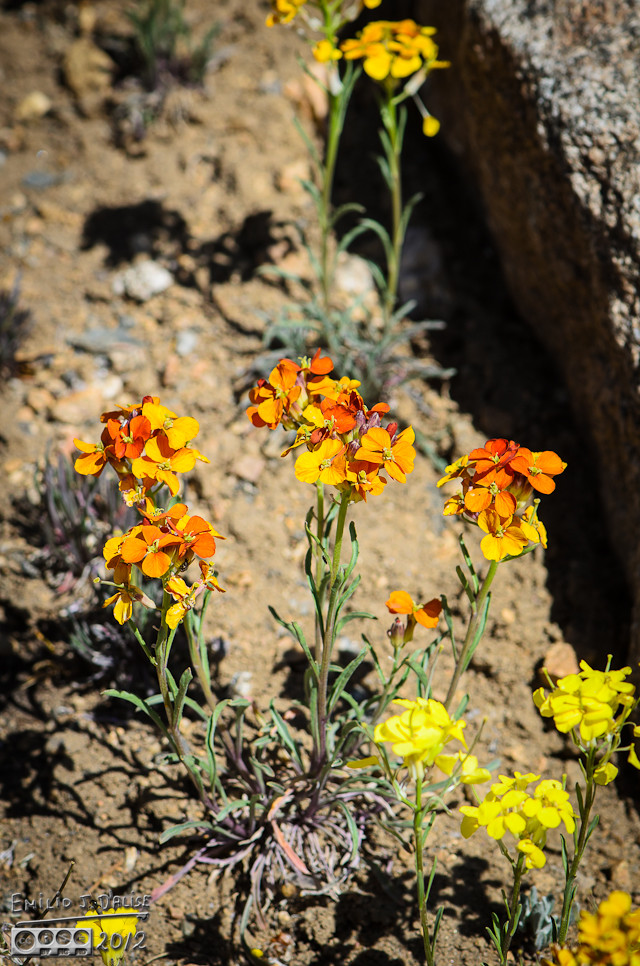 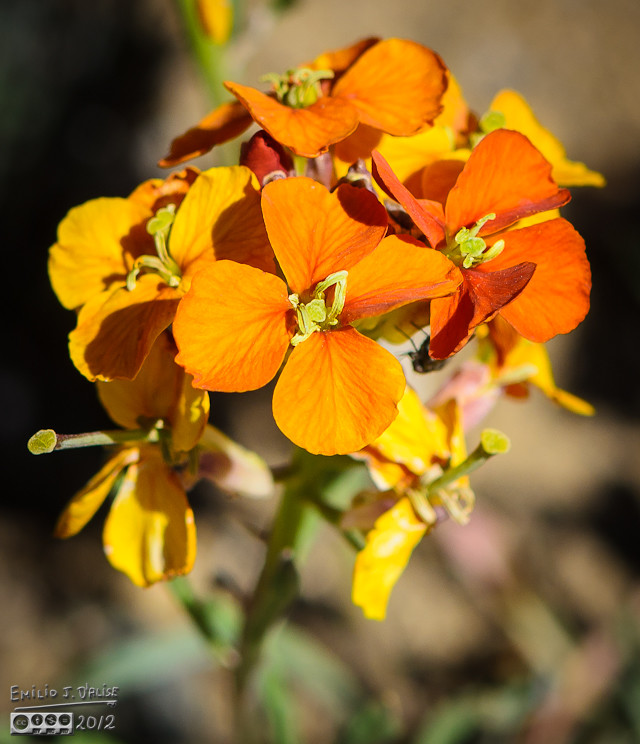 What I don’t know, is the name of the flowers in the foreground.  They might be anemic Indian Paintbrush, but I cannot say for sure. 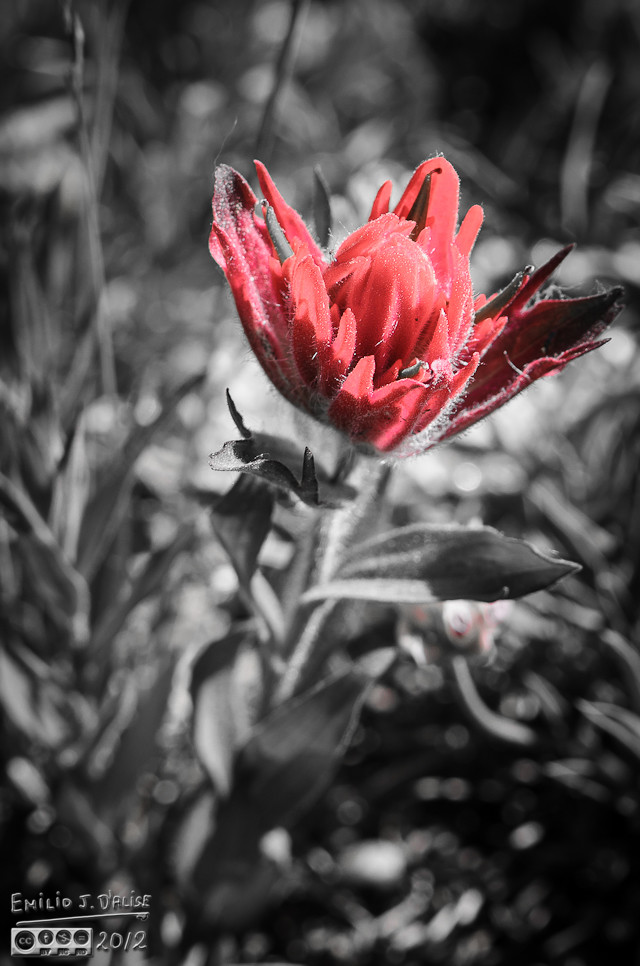 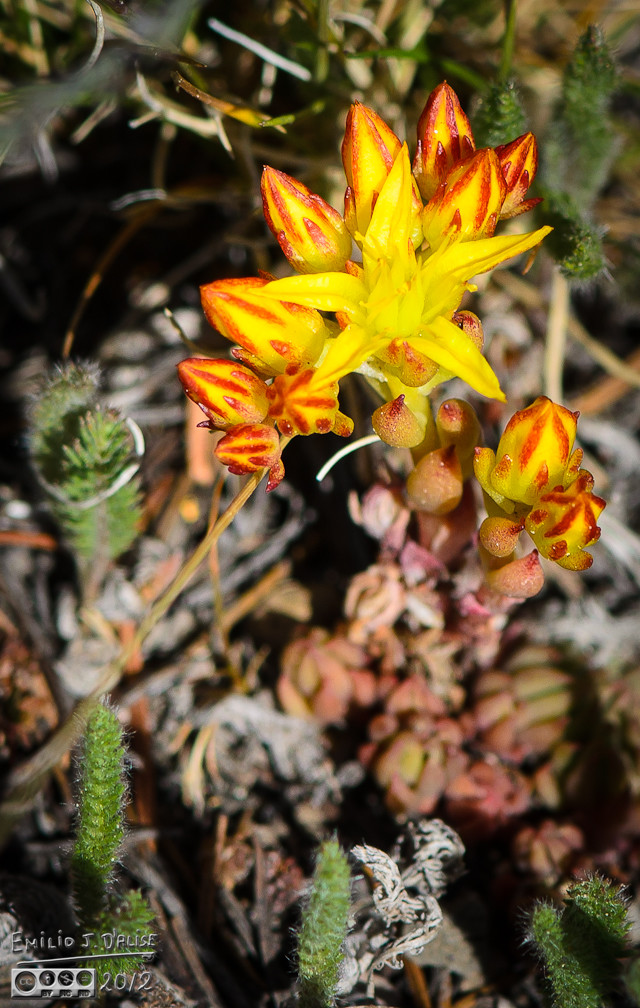 Yes, more Stonecrop. Get over it.

A close-up of an Alpine Daisy.

This looks to me as the offspring of Common Mozaic Bronspots fungi and Chewedious BubbleeGomma.

Those not familiar with those names should check out the Devil is in the Details post.

It’s common to name offspring after the grandparents, but since I don’t know them, I will name it . . . Perrious TankTop. 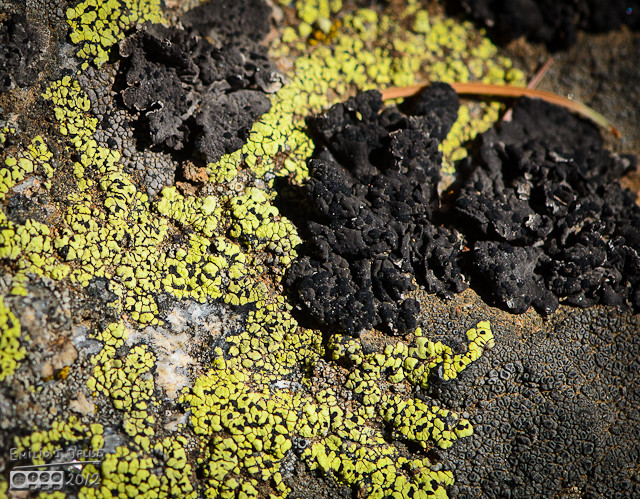 The cycle of life . . . upon mating, Common Mozaic Bronspots fungi and Chewedious BubbleeGomma remain conjoined, and are used as food source by Perrious Tanktop until nothing remains but a dark waste-substance.

Pre-American-Indian cultures used these blackened chunks to make a diarrhetic to counter the effect of eating mostly pine cones and pine bark. They would take these pieces, soften them by chewing on them for a few days, and then fashion them into suppository pellets.

Bullets not having been invented yet, suppositories back then did not have their current familiar shape, but worked pretty well anyway in their round shape . . . unless one laughed real hard, in which case they would be prematurely ejected.

You learn something new every day. 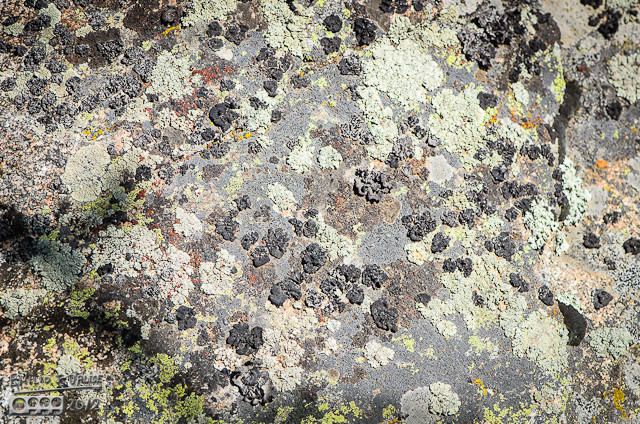 Once Perrious Tanktop leaves the area, not much of the waste material remains. What little does remains eventually bleaches, and in a process totally opposite from erosion, integrates with the parent rock material. 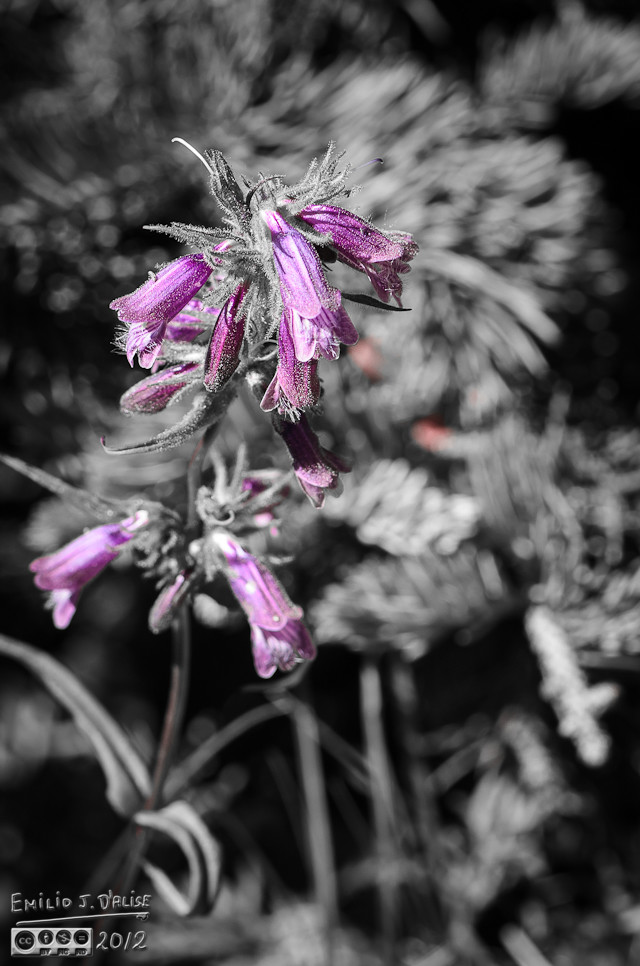 Another artistic rendition, this time of the Dusky Beardtongue Flowers.

It’s only fitting I should end with this flower.

The SmugMug gallery can be reached by clicking HERE.  It has a similar narrative, only expanded because there are more photos.

Thanks for dropping by and perusing my stuff.