The Two Hours Drives – Part 2: The Cabin and The horses

Posted on 26February2012 by disperser

I still have a number of shots from last weekend’s Two 2-Hours Drives.  And first up is the abandoned house; it’s the same I had photographed during the first drive of the year, but this was in decent light, and the sun low enough to make it interesting. 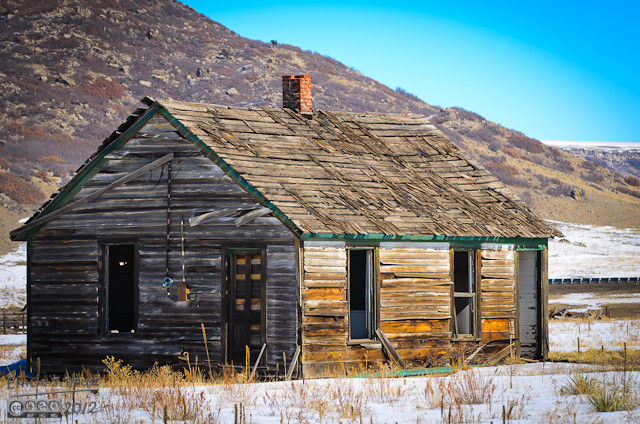 It’s on private land, so I can only get so close.  I-25 is right behind it, so I have to time my shots for when no cars are showing.  Kind of difficult to do because I-25 is usually busy.

. . . like the standing nails speak of shingles long ago blown off by passing winds. 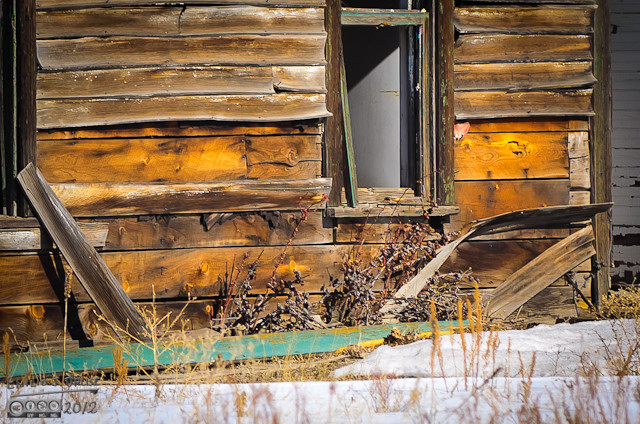 This used to be a home . . . shelter for a family, someone’s castle in the plains.

Either a stove or freezer holds a silent vigil . . .

It looks as if some appliances are still in there.  I don’t know the story of the place, but either the owners sold to the people who build a newer home on the property, or this structure outlived its usefulness to the owners, and they built a replacement in the same plot of land.

Yes, I know structures don’t “feel” . . . but there is a certain whimsy associated with looking at this once proud abode now struggling to remain relevant.

I wonder if it realizes the importance it holds to people like me.  People who want to document and showcase the scars of its many battles against the elements.

But no . . . it’s just a collection of wood and iron.  But it’s a collection that would look a lot better over at SmugMug.  Only six photos for this cabin, and they can be found here:

You have to admit, that was a decent segue.

Along the same drive I had the opportunity to photograph horses.  The first batch was along Spruce Mountain Road.  I have seen these horses many times, but this time they were withing a reasonable distance from the road.

Unfortunately, this is one of those times where the transition from my drive to WordPress takes something away from the photograph.  Once again, like a broken record, I suggest SmugMug is the place to view these picture.

Another nice-looking horse, but I can easily see its ribs . . . I might have to report this.

I am no expert on horses, and I will have to ask, but these horses have visible and defined ribs showing.  I always thought that was an indication of malnutrition.  I’ll have to ask friends who own horses.

I also need to be honest, and come clean . . .  I did something I rarely do; I edited the pictures. I removed a crap-load. Actually, a number of crap-loads. These horses are in a small area, and there is lots and lots of evidence of their bowel movements.

Don’t normally like to alter what I shoot, but it was really detracting from the pictures.

These guys, on the other hand, were on a large pasture. I drove by them and noticed quite the active interaction between them.

I know horse nip at each other for various reasons, but these guys looked like they were playing.

They noticed me shooting (I was out of the car), and started walking toward me.  I should mention they are not the best of subjects to shoot because of the dark color of one, and the light color of the other . . . and of course all the snow around them.

Along the way they got sidetracked . . . 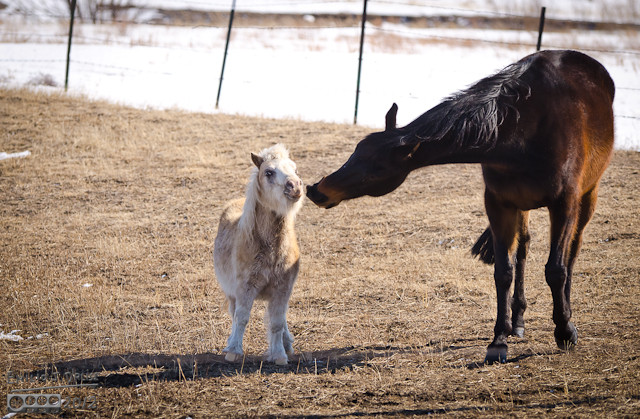 Honest, I don’t like to assign human qualities to animals, but these guys looked and behaved like pals . . .

They did not really talk . . . but seemed to be communicating in some way. By the way, I left this next photo in even knowing the focus is off (but look at the grass behind them!! Sharp as a tack) because of the “action”  between them.

You would think I would have shot a video, and I would have had I not remembered fully two days later.  Too bad. 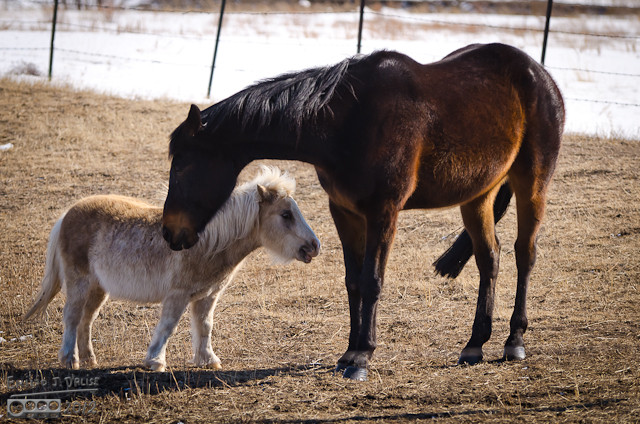 Mostly they seems to want to be near each other.

By the way, the annoying thing with this post? . . . WordPress changed the colors of the pictures on me; made them flat, unattractive, boring.  These same pictures looked a lot better on my monitor before they were uploaded. One of these days I will figure out what triggers it, for I see other people’s pictures, and they do not seem to have lost anything.  Then again, I don’t know what they looked like before they uploaded them.

Of course, they look even better in SmugMug.  See how cleverly I worked that in there?  Click on any of them, and you will see what you are missing.  BUT, I don’t want to force you . . . if you are happy with these, and are not interested in the 32 photos in SmugMug, then more power to you . . . I don’t understand you, but more power to you.

Eventually they made it to the fence, and I got a few shots . . . unfortunately, the little guy was too short to clear the fence and give me a clean shot. Still, not bad.

After realizing I would not interact with them, they went off grazing.  This time the light was behind me as I took a number of shots of the little guy.  And no, I did not have to edit out any crap.

There are a number of shots of just the little guy.  I was going to weed them out for the gallery, but decided to leave them in there since I liked them all.

I should look up what kind of miniature horse this is, but sometime I just want the picture memory without saddling it (get it? . . . saddling it . . . never mind) with superfluous information.

Thanks for visiting and reading my stuff.

12 Responses to The Two Hours Drives – Part 2: The Cabin and The horses