The Birds, the Bees, and the West Coast Lady

Posted on 13September2011 by disperser

For those who casually peruse my stuff . . . there are some neat videos (actual videos, not slide shows) and photos associated with this post.  You don’t need to read the rest of this post; you can just go to the SmugMug albums and look at the photos (videos are included in the albums).

However, for those who would just like to see a sample of the photos and videos, read on. 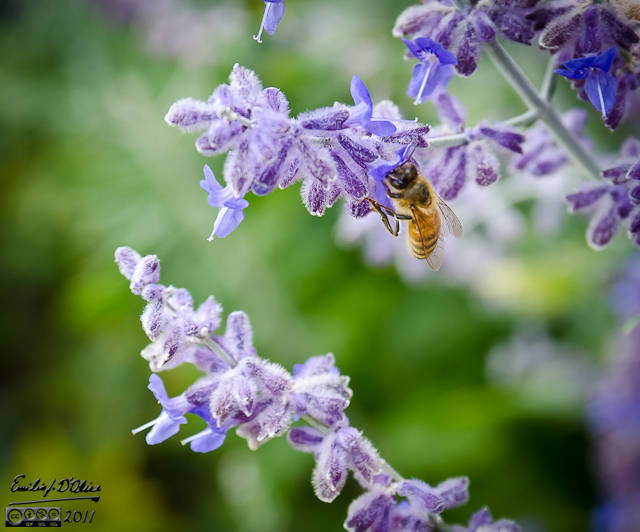 First up we have a Honey Bee on the flowers of a Russian Sage plant.  Bees are still very active, almost frantic, trying to get the last of the bounty from the remaining flowers.

Notice the contrast to my previous photos of bees on Cone Flowers; nowhere near the amount of pollen.  By the way, I am unsure of the type of bee this is.  I don’t think it’s a wasp, and it does not look like a Carpenter Bee, but I had not seen one with a yellow tuft of hair on it’s back before.  I did some Internet searching, but could not match it to anything.

Notice also the bee is not tack sharp.  I was testing a new lens I had ordered, and I was not happy with the focus results.  Seems to me the lens has a bit of a back-focus issue.  Of course, I am using it as a Macro when it’s more of a landscape lens (Sigma 17-50mm f/2.8).  Still, I wanted to do some testing, and so the next day I set it up on my tripod and placed it in front of the Sedum Autumn Joy plant I have in the back yard. 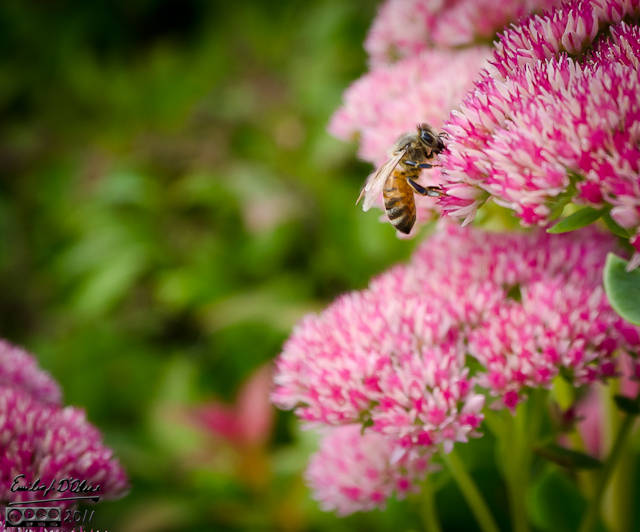 I chose that plant because the texture allows me to easily see what is in focus and what is not, and I can then compare it to the focus point and easily spot issues.  Yes, the lens does have a bit of a back-focus problem.

As I was shooting various apertures and speeds (I was comparing the new lens to a different lens), a West Coast Lady butterfly landed on the flower and started to feed.  This next video is one of three  I shot.  Yes, it is the best of the videos, but the others are interesting as well.

Lots of activity!  The other videos show the proboscis of the butterfly more clearly, and you can watch it systematically go through the flowers.  Here is a still of the butterfly. 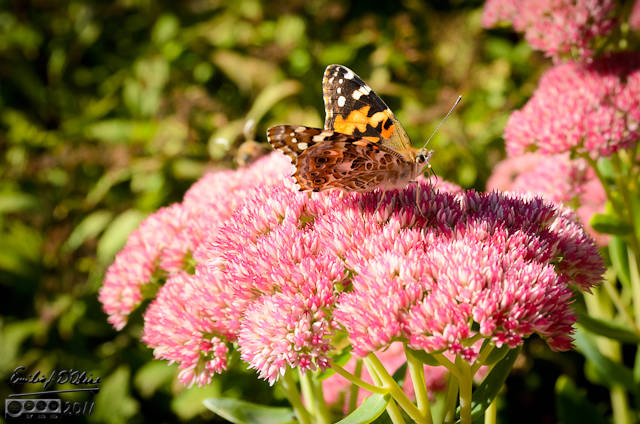 The album has a number of shots of both bees and butterfly including, as I said, two more videos.

The following day, September 11, I stepped out into our deck with a coffee and my camera.  This is one of three videos I shot looking down onto the patio and the bird-bath below.

Three young Western Bluebirds making their own Jacuzzi.  There are two more videos showing a number of birds hanging around as the Bluebird took their baths.  I also shot a number of stills, and this is my second most favorite shot:

I know I say this often, but the pictures in the SmugMug album are much, much better.  Click on the picture to go there in a new window or tab.

This is my favorite of the Western Bluebirds bathing shots:

If you click on only one picture, this has got to be it.

On one of the other two videos I shot there is a hummingbird that can be seen flying around.  The video of it feeding did not turn out well.  The pictures are marginally better. 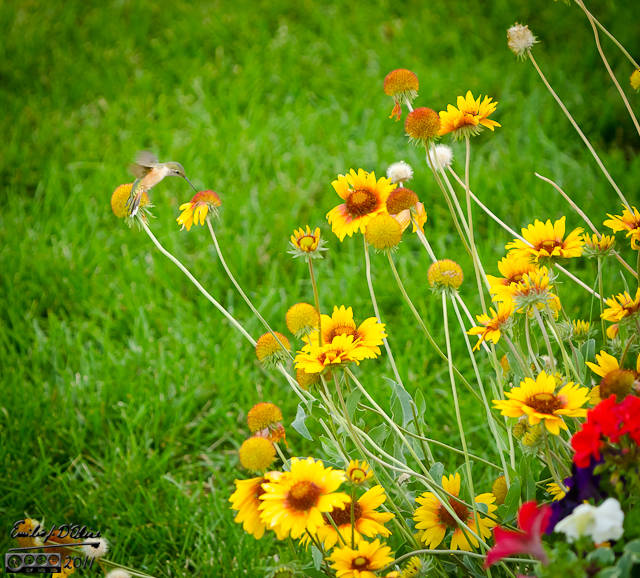 This was a nice setting, but the sharper pictures are from the hummingbird on a feeder about six feet away.

They are little jewels.

I will close with a few more random pictures from the two galleries. 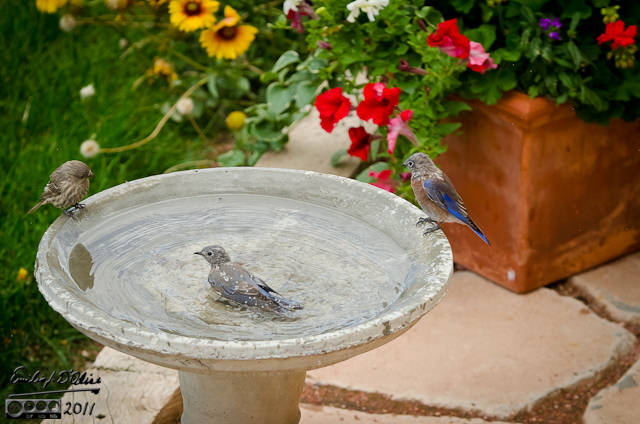 The rest of the videos:

1 Response to The Birds, the Bees, and the West Coast Lady