The OBTV was officially used once again at my house.  You see, if possible I prefer to pick up whatever crawly thing is inside the house, and transport them outside the house.  That’s where the Official Bug Transport Vehicle comes into play.  It’s used to first capture whatever critter is skulking around, and then to safely move it outside the house without risk of mutual injury.  The latest passenger was a Wolf Spider out for a stroll on the lower level. 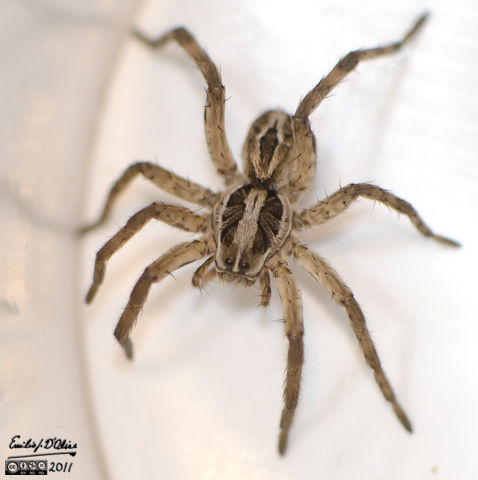 Wolf Spider in the OBTV

The OBTV is composed of two equal parts, each very much resembling a 12 oz hot/cold beverage container.  White.  I think the lack of corners and the white environment keeps them confused long enough to allow me to photograph them and to then move them to the great outdoors.  True, they might became bird food, whereas in my house they would have been relatively safe, but on the other hand they were stupid enough to get caught in the open.  In any other house they would have met their fate at the hand . . . er . . . sole of a shoe.

Next up is a small show the sun and clouds put up for me.  I’m always looking out during the evenings, and I still almost missed this, intent as I was at correcting someone on the internet. 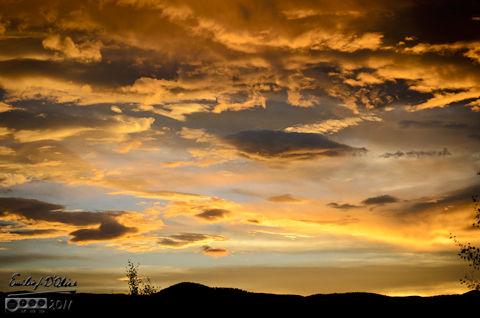 Secluded in my office, only my desire for a fresh cup of coffee got me to see this.  As it is I missed the first part of it, and it did not last long after I managed to shoot these shots.

I don’t do much to pictures of sunsets.  It’s hard to improve a sunset.  I do sharpen, and sometimes (like above) I add a vignette.

Finally, the Bucks of Woodland Park.  I was leaving work on the 14th of july, when I looked at the building across the road.  Two buck were laying there, against the side wall, chewing on their cud, and resting.  Yes, I snapped pictures, even though it was after work and I was supposed to leave. 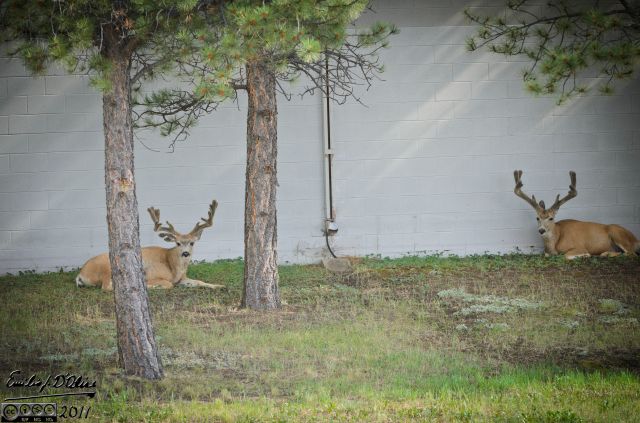 These guys were working on some serious racks.  And they were obviously tired, especially the one on the right, who kept looking like he was going to fall asleep any second. 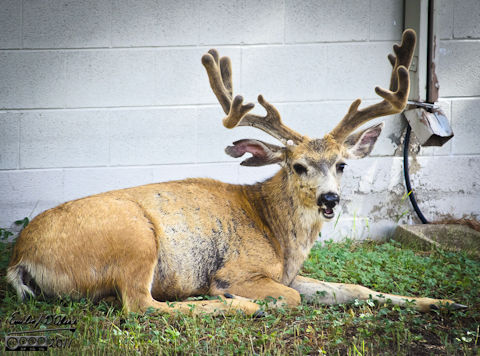 The other one looked like he was ruminating, so many of the pictures are caught in mid-chew.

The whole office came out to watch them.  One thing; because they were in the shade, and because I was using a long lens, I had to push the ISO up a bit, and the pictures can be grainy.  Sorry.

As usual, click on the pictures to go to the respective galleries. There are 22 pictures of the bucks, 5 of the sunset, and 2 of the spider, each on their own gallery.

1 Response to Of Spiders, Sunsets, and Woodland Park Bucks