Posted on 12December2010 by disperser

But these are Northern Harrier Hawks.  They are back in the area.  I think they winter here.

They are not as accommodating as the Red Tailed hawks . . . within 10-15 seconds of me stopping and getting out of the car these guys are airborne. 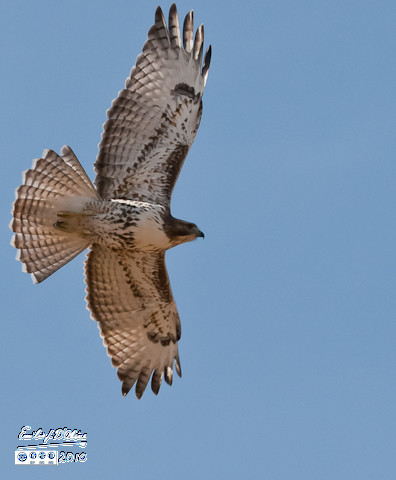 Northern-Harrier Hawk - this is a female. Males are almost all white underneath.

The one from November (the next one) did something unusual.  Instead of veering off like most hawks usually do, it dropped and flew right at me.

Northern-Harrier Hawk flying right at me

I got to tell you that while I did not stop snapping pictures, I was wondering if it was  going to attack me.  Fortunately he leveled off at about 15-20 feet and flew over me.

Northern-Harrier Hawk about to fly right over me.

One thing.  I began having trouble with my camera-lens combination.  It loses focus, and the thing does not track moving objects as well as it used to.  I lost some great shots (they came out blurry), but still managed to get some pretty good ones.

Click on any of the pictures to go to the SmugMug album.

Odd guy with odd views living an odd life during odd times.
View all posts by disperser →
This entry was posted in Feathers, Photography Stuff and tagged Northern Harrier Hawk. Bookmark the permalink.